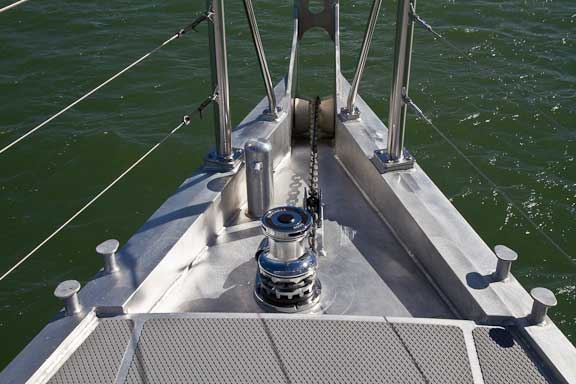 Perhaps a few photos of the deck details will be of interest. We’ll start with an occasion of sorts, the first anchoring. The bollards port and starboard work well in high load situations. Note the depressed foredeck well which serves two functions. One, it reduces the height of the windlass and Sampson post so they interfere less with your seated view on watch. Second, the well works to contain mud coming off the anchor. 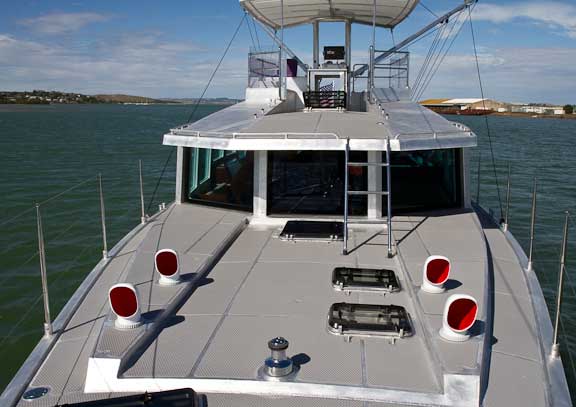 The deck ahead of the house will become a favorite lounging spot on nice days. 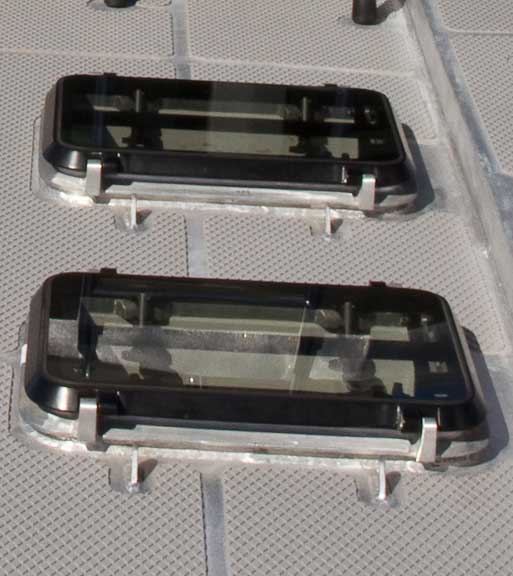 The forward hatches all have overhangs for attachment of storm covers. Note the bales forward and aft of the hatches for extra securing lines over the storm covers (typically only used when extreme conditions are a risk). 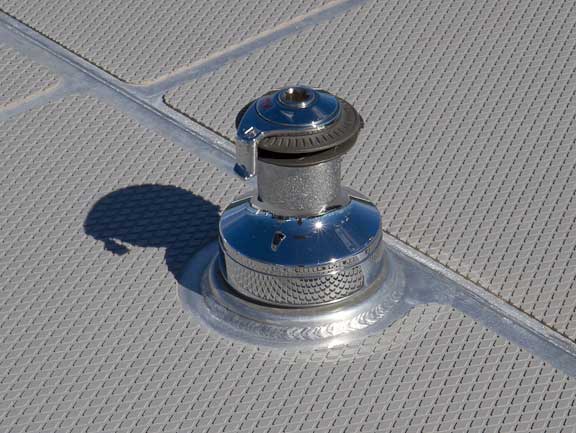 One of the four winches aboard. Note the 12mm thick plate welded to the deck on which this sits. The winch is blind fastened to this thickening plate (no holes penetrate to the interior which could leak). 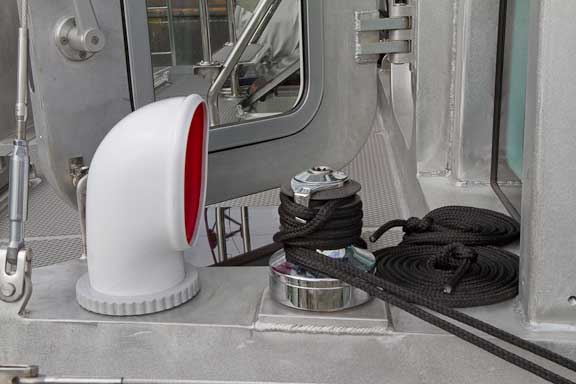 Two more of the winches located aft of the house. 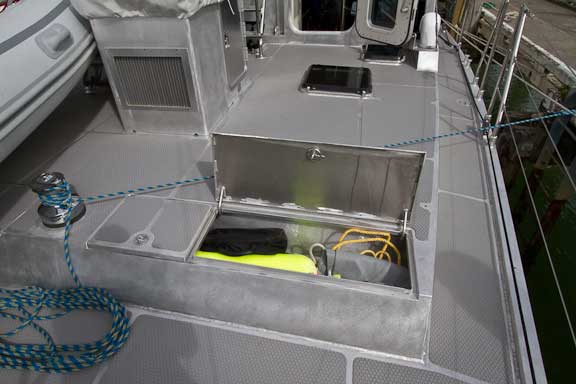 There are lockers at the aft end of the house. The Lewmar 55 electric winch it to the left. 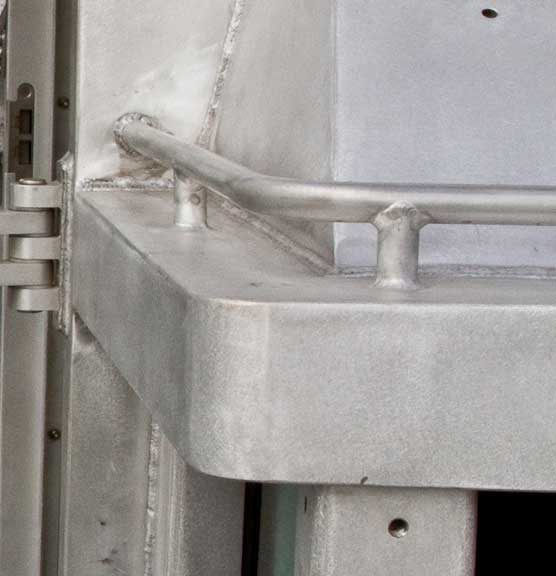 Finally, a shot of the handrail which surrounds the house. The threaded hole on the mullion is part of the storm shutter system. The threaded insert on the roof side is for future use with brackets for kayaks or sailing dinghy gear.

This entry was posted on Tuesday, March 23rd, 2010 at 1:51 pm and is filed under FPB Series Notes. Both comments and pings are currently closed.