A Bottom Paint That Works, and Ready To Start “The List” 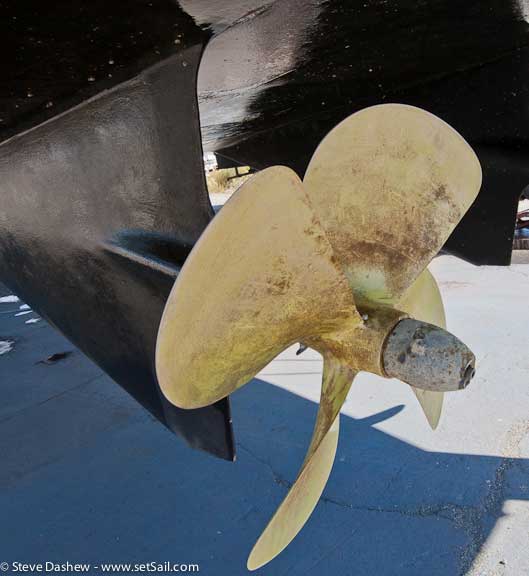 We’ve been hauled by Jarrette Bay and the first order of business is an inspection of the bottom. We are not displeased with what we see. Starting with the props, painted with “Prop Speed” four months ago, and they look very clean. 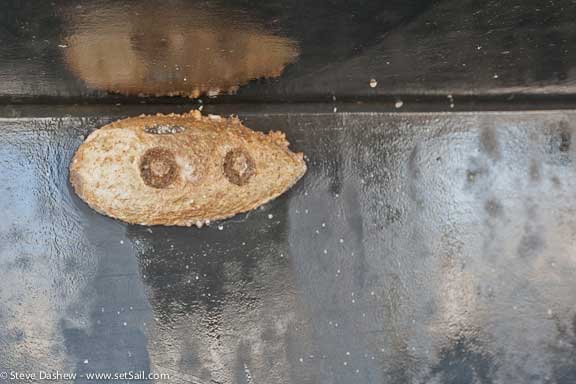 The hull zincs look good as well. These are the originals, now 6.5 years old. As we are having a basement purge, we shall replace the zincs with spares we carry on board. 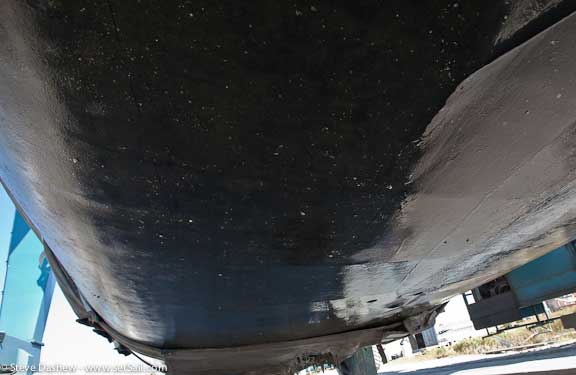 The bottom is very clean considering the antifouling, Ameron ABC #3, was applied 2 full seasons ago. 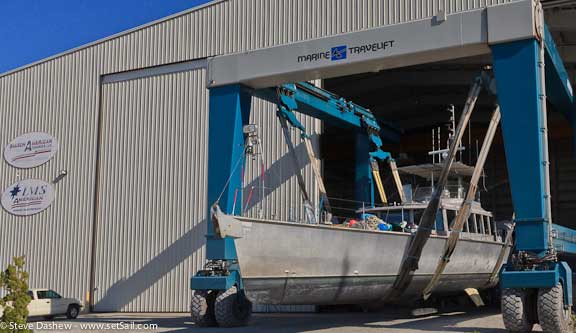 Finally, Wind Horse being trundled into the Bausch American building, where she shall reside until she has had a thorough check and a few new bobbles added.

This entry was posted on Thursday, November 3rd, 2011 at 12:01 am and is filed under Dashew Logs. Both comments and pings are currently closed.


13 Responses to “A Bottom Paint That Works, and Ready To Start “The List””