Sailing videos with the Deerfoot, Sundeer, and Beowulf series of designs. Some of these go back to the very earliest days of the modern cruising era. Included is spectacular high speed sailing on Beowulf.

Surfing is The Way 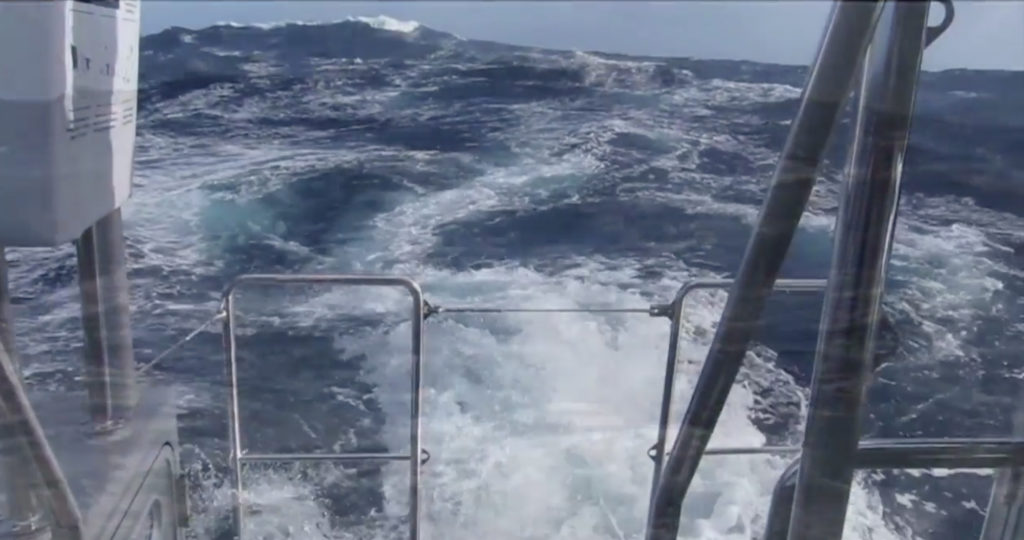 Having grown up in Southern California, with a sailing and surfing background, riding the waves  a natural part of being in or on the water. Our sailing and FPB designs have reflected this from the beginning. Recently we were surprised to learn that some of our owners are afraid of what is actually. one of the best things you can do with our yachts. END_OF_DOCUMENT_TOKEN_TO_BE_REPLACED

This is the full length video featuring Sundeer 64 Artemis, crossing the North Atlantic during a winter gale. Force 10 winds, huge seas, and an amazing boat handling it!

Come on board with 78-foot ketch Beowulf..See lots more videos on our YouTube channel.

The following five videos are excerpted from the five hour Offshore Voyaging DVD series. They are all in high-def on our YouTube channel.

Introduction to the South Pacific aboard the 78 foot ketch Beowulf is first. This has some of our favorite sailing footage, with surfs in the Southern Ocean to 27 knots.

Winter Crossing will take you aboard the Sundeer 64 ketch Artemis during a storm tossed out of season crossing of the North Atlantic.

Want to spend more time in the South Pacific? Click here to cruise aboard the 68 foot ketch Sundeer.

For a look at cruising in the early 1980s click here. Included is archival video footage from the beginning of the Deerfoot Series of yachts.

Finally, come back aboard Beowulf for a 2900 mile record breaking passage between the Marquesas Islands in the South Pacific and San Diego California, dodging two hurricanes along the way.