The John Alden Schooner Constellation–Cruising In the Olden Days 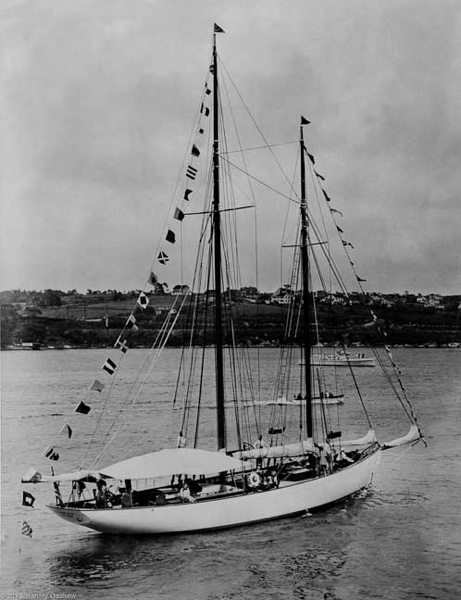 This is a brief story about cruising in the olden days, just after World War II. It is also a story about how the Dashew family made their way to the (then) golden land of California.  It starts with Stanley Dashew, the family patriarch, deciding at age 30 that he wanted to do some serious cruising. In 1947, with coastal patrol yachts from WW II coming onto the market, the lovely John Alden schooner, Constellation, was available at the bargain price of  $14,000.

She was 76 feet on deck, over 90 feet LOA with bowsprit and main boom added in, and drew nine + feet of water.

A period of feverish activity ensued, getting “Connie” ready for the then radical concept of family cruising. This included changing the huge gaff main to marconi, adding some new communication gear, checking over her systems and structure, and converting the starboard stateroom head into a nursery for an unplanned new crew member. 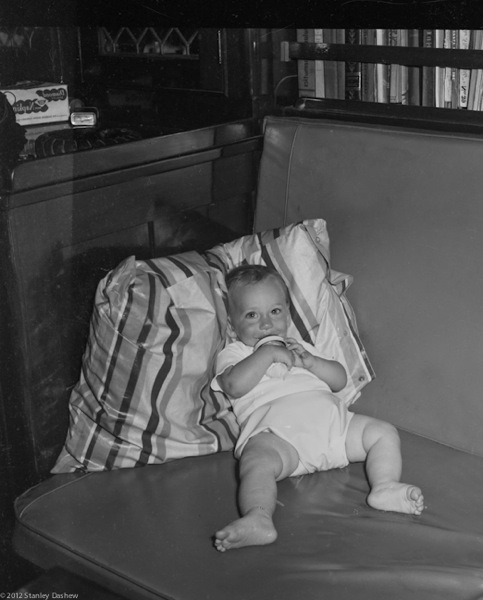 Never one to let small things stand in the way of progress, the Dashew family and the Schooner Constellation departed with baby Leslie aboard, then just nine months old. Included in ship’s stores were large quantities of the then unheard-of disposable diapers (rolls of special cloth) and long life baby formula, both of which Leslie is showing off above. 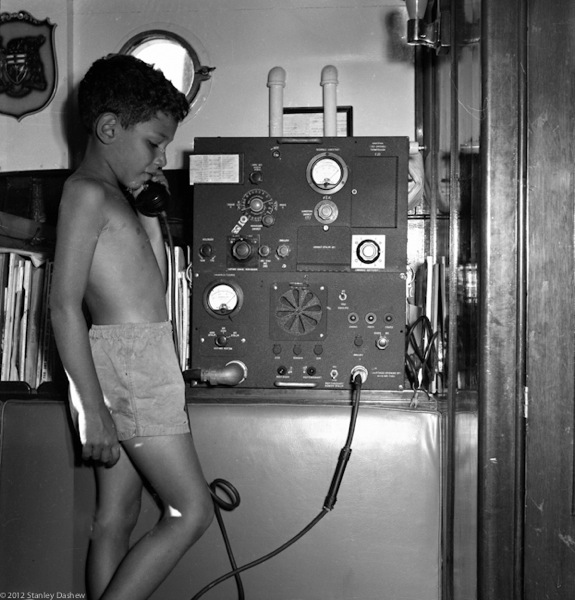 Communications gear was the best war surplus had to offer. Your author, aged eight, is demonstrating the casual look one should affect when talking radio jive. 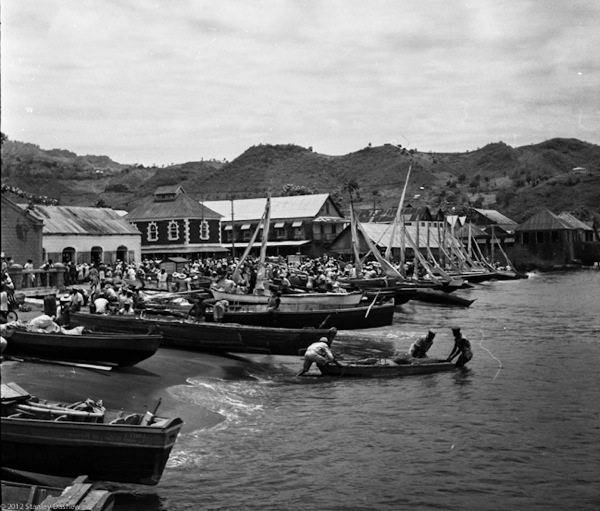 Stanley, now 95, having recently held off the grim reaper, has been working with us to get his inventory of many thousands of negatives and photos into digital form, so that the family and others interested in the early days of cruising have a chance to look into the past. The photo above was taken in 1948 in the West Indies. We are not sure where, but we’ll bet there are SetSailors who will recognize the beach and educate us on the correct geotagging. 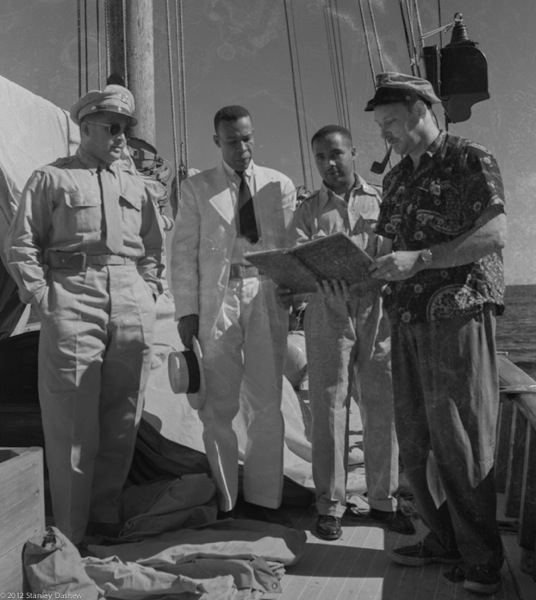 Stanley is standing to the right, showing the log book to harbor officials. Clearing in and out of port was then, as now, a chance to get to know a few locals. Once formalities were completed, all aboard would relax, and the officials would often have a bit of refreshment with us. Cruising yachts were rare, and those with children non-existent, so a big deal was made over Constellation’s arrival by press and dignitaries. 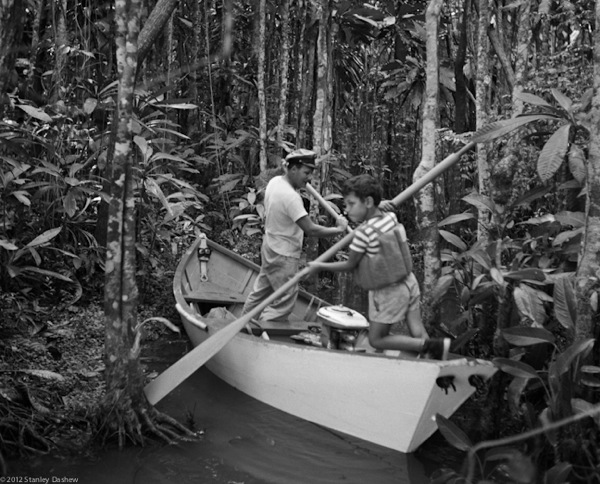 Exploration of nearby waterways was via this custom-built Lunenberg, Nova Scotia dory. Note the inboard well for the outboard motor. 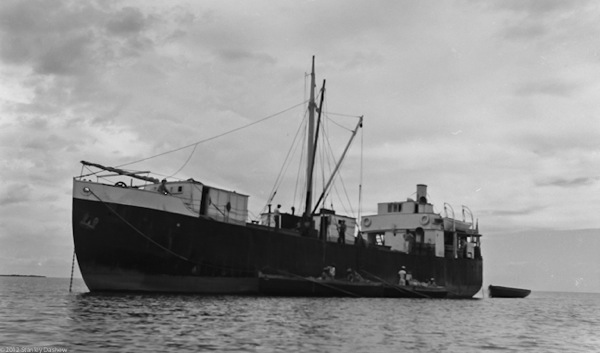 This inter-island Caribbean trading vessel would be at home today in many parts of the world. 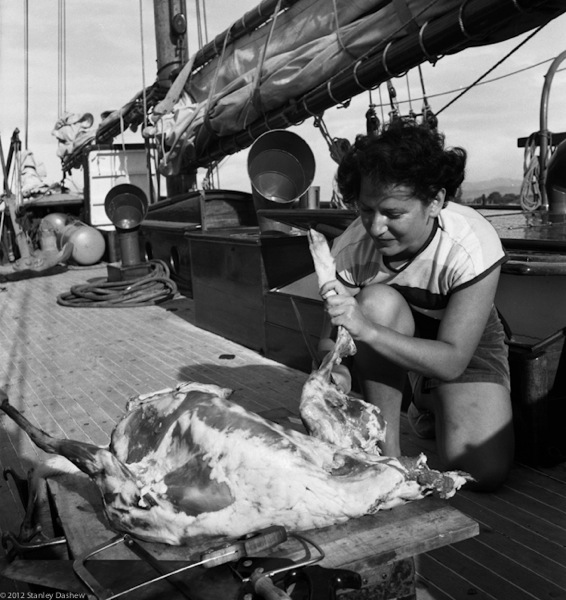 Provisioning was not that different than cruising in third world countries today. We shopped with the locals, and ate what they ate.  Fresh meat, on occasion brought down with the ship’s 30/30 rifle, called for a bit of work by your writer’s dear mother, Martha Dashew. 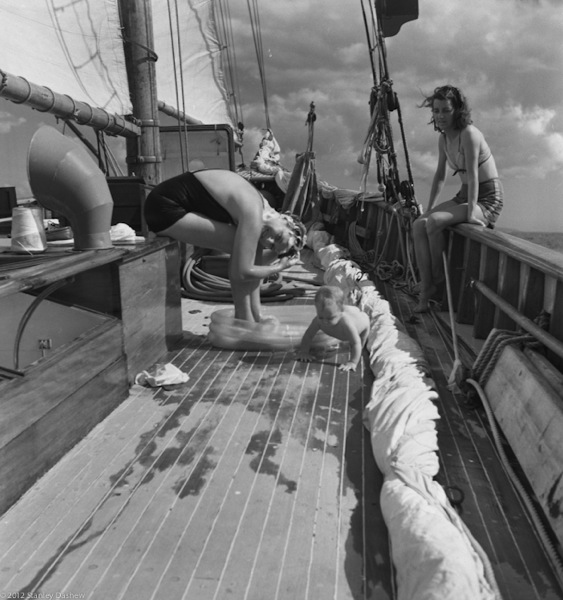 Fresh water was less abundant, yet we were still required to wash, and on occasion have a shower or bath. Leslie enjoyed splashing about anytime water was present. Note the light jib, in stops (wrapped with rotten twine) ready to be hanked on the headstay.

Constellation always traveled with four adults, in addition to our parents, this being the requisite number to handle a 76-foot yacht that was essentially winchless. 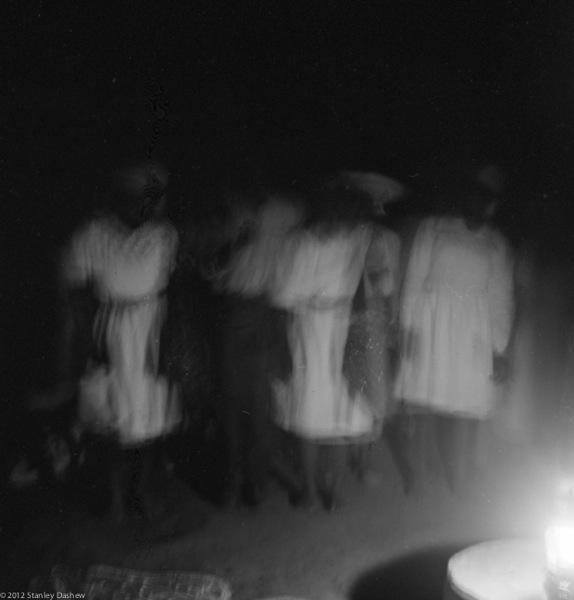 As you might imagine, there were many adventures–mostly small, occasionally great. This dramatic photo was taken in the mountains of Haiti, where we were the first Caucasians to attend and film a particular voodoo ceremony. We’ll have more photos of this (and other topics) at a later date. Recording was done with stills (Stanley was a 2/ 1/4″ Rollie shooter) and with a Bolex 16mm film camera, the latter of which eventually became a film and was shown (and re-shown) on the TV show “I Search for Adventure.” 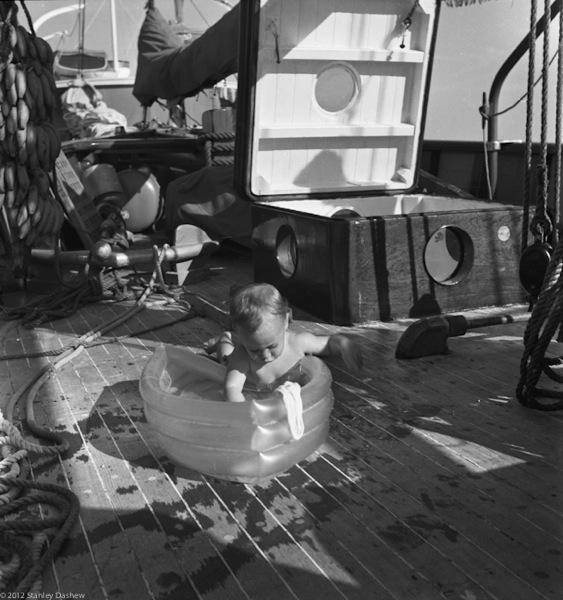 Plastics were something new in the late 1940s, yet Connie was equipped with a blow up tub, the main purpose of which was the bathing and playing of little sister. 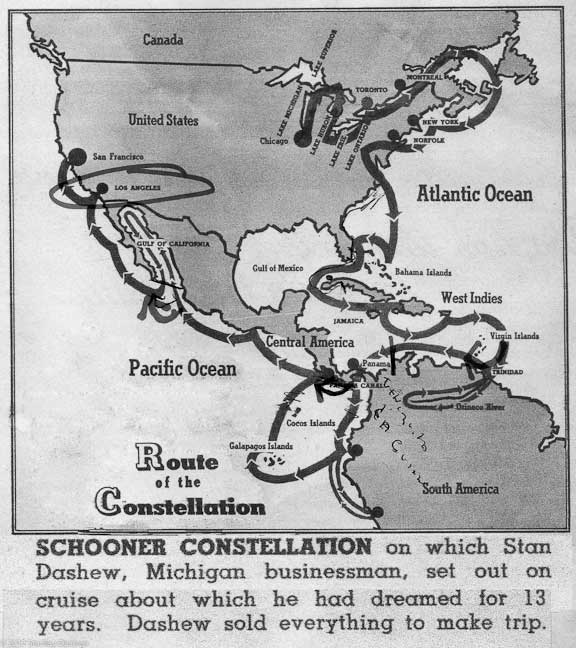 Current events demand our attention, so we’ll close with the maplet above de-marking the route of the good ship Constellation. Lake Michigan, down the Saint Lawrence River (before the seaway existed) thence the Eastern Seaboard of the US, through the West Indies, NE South America, Panama, Central  America, and finally California.

As negatives are scanned and sorted we’ll add a post now and then.

This entry was posted on Monday, April 30th, 2012 at 12:06 am and is filed under Dashew Logs. Both comments and pings are currently closed.