Cruising With NMEA 2000 – A First Hand Look The Maretron System, And A Few Other Observations 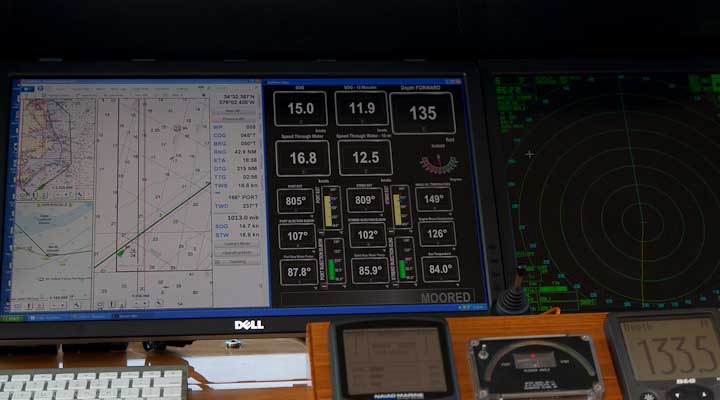 We’ve just completed our first passage in what seems like forever: Beaufort, North Carolina to Nantucket Island off the coast of New England. This gave us a chance to work with our newly installed NMEA 2000 (N2K) information system and Maretron’s software, as well as try out the newly enclosed flying bridge. The screen shot above was taken after rounding Cape Lookout, heading for Cape Hatteras, and doing a little surfing, which is always good for the soul after a long hiatus in the boat yard.

We have had an analog information system for the past seven years, similar to what we have used on most of our boats. This is essentially a series of LEDs connected to various sensors, that give note if a switch contact has closed, perhaps a bilge pump or oil pressure drop, and we need to investigate. The Maretron N2K software allows far more information to flow, and more control over how it is presented. This means better situational awareness for us, with the ability to monitor a much larger array of data. What you see here is just the beginning. Once we get a feel for how this all works in the real world, we’ll expand the system. And right now, we like it a lot.

The first photo was an early (meaning a few days ago) take on what we consider a basic cruising presentation. 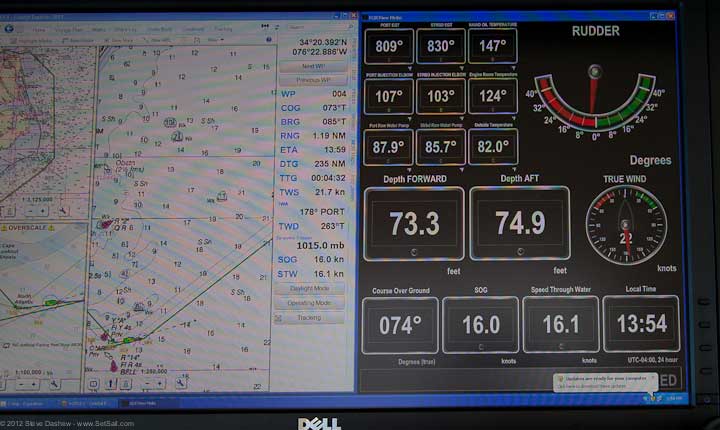 Above is a different screen (you can have multiple screens set up for various scenarios with the Maretron software). This is what we consider our piloting screen, for close-in work. Depth forward and aft are prominent, as is the rudder angle indicator. The upper left has three temperature sensors we’re testing. 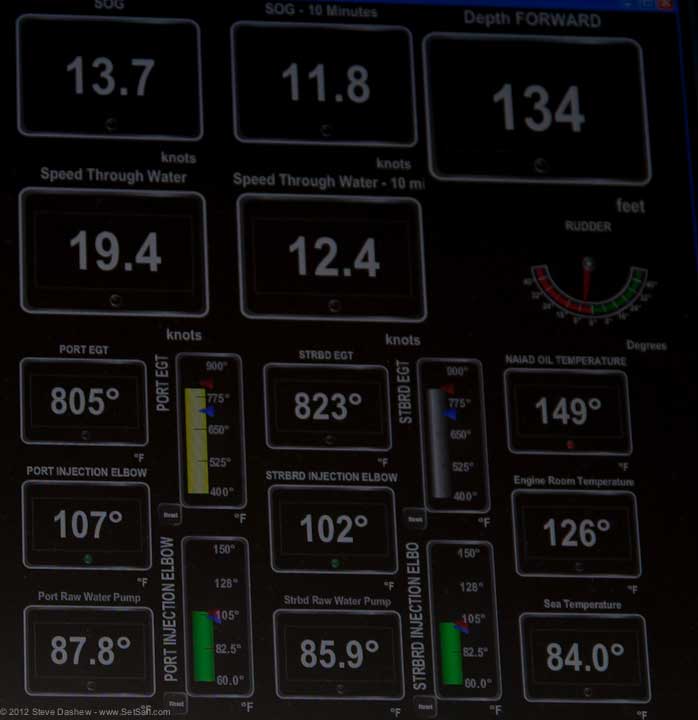 This is the offshore cruising screen as it evolved by the end of the recent passage. Upper left have both STW (speed through water) and SOG (GPS speed over ground) displayed in two second and ten minute averages. The former gives a shot of adrenaline, while the latter is reality for the progress being made on average. Depth, upper right, is just the forward transducer reading. 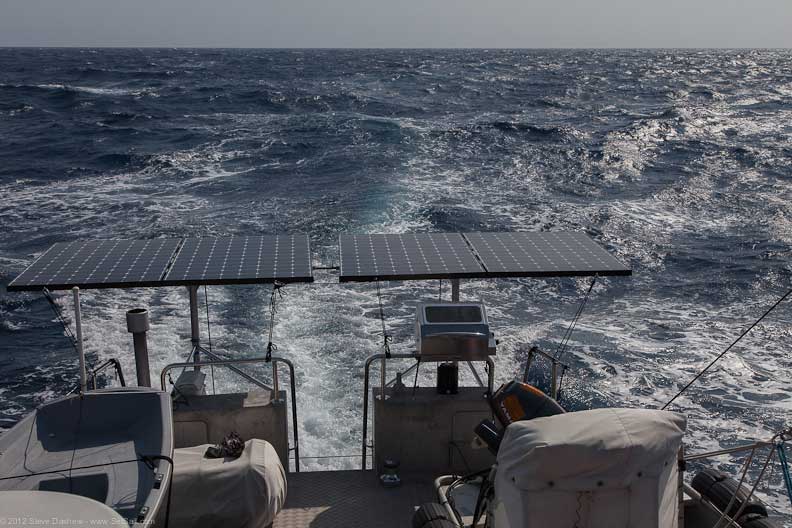 The beginning of this passage was a fine run, as stated earlier. It gave us a chance to test Wind Horse moded up to simulate some of the stability characteristics of the Wicked FPB 97. This included carrying an extra five tons of liquids above our normal full payload. We hope to see some more surfing when we are at our normal displacement. 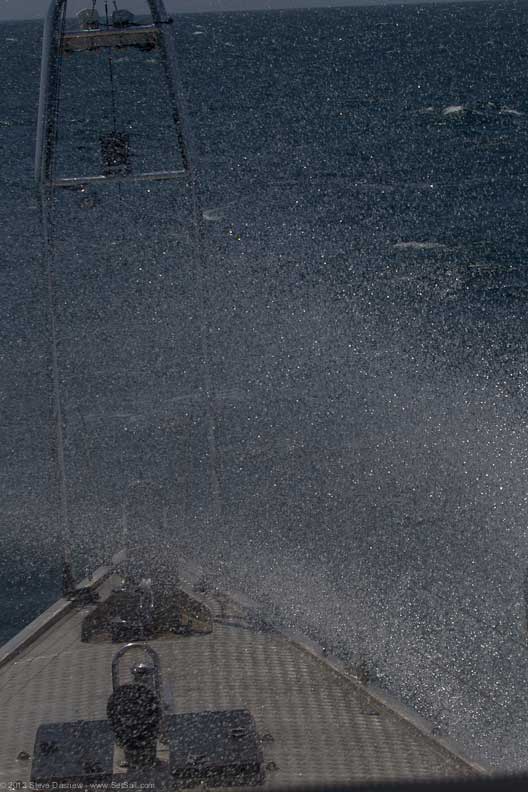 The middle of the trip, from Hatteras to the Chesapeake, was a hard slog, into 20/25 knots right on the nose, with short coupled seas. Not fun, but part of the game and test. 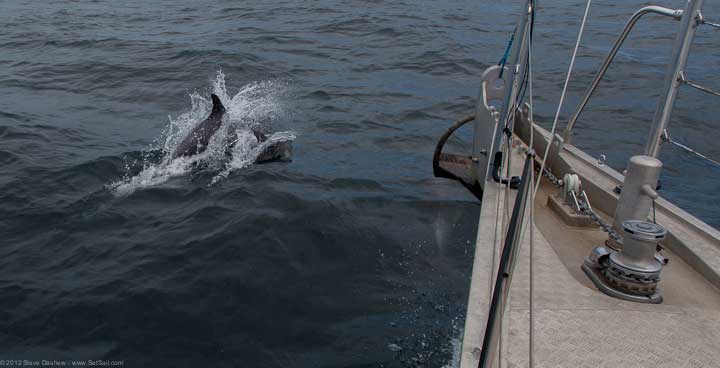 Once the north quadrant winds passed it was flying fish weather with southwesterly flow up the stern the rest of the way, giving us a chance to see how the N2K gear works in the enclosed flying bridge while varying page layouts. 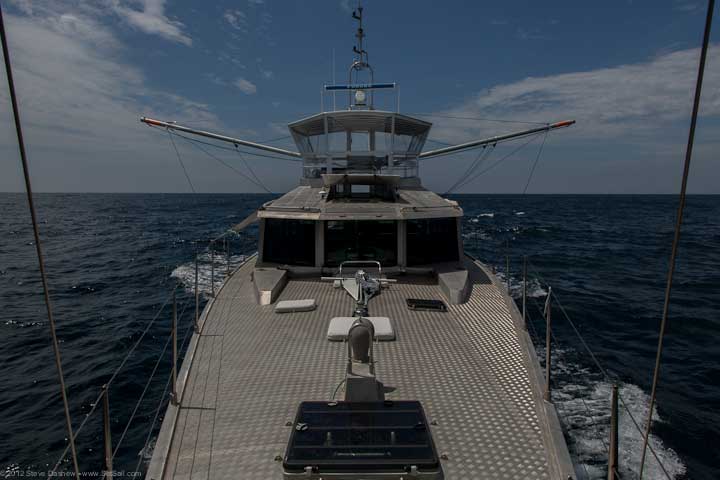 Prior to the revamp of the upper regions, we had minimal electronics outside. With the enclosure came the ability to fit essentially the same suite of gear as below, on similar monitors; at least that is what we’re testing right now. 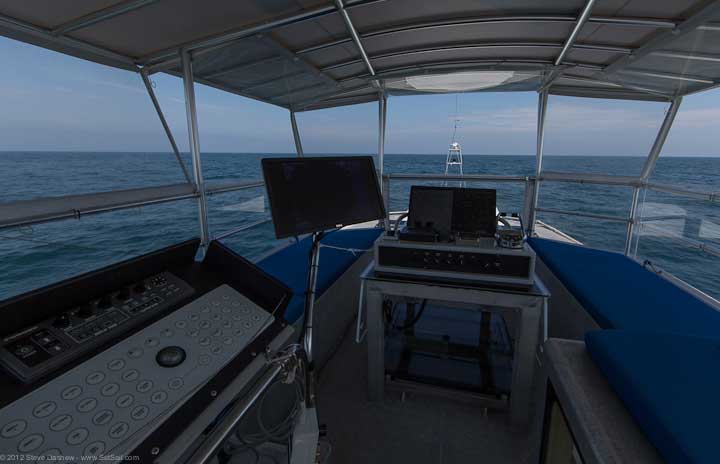 We have both Furuno 2117 radar and CH270 sonar controls on the port side, with a swing arm mounted monitor shared by these two devices. 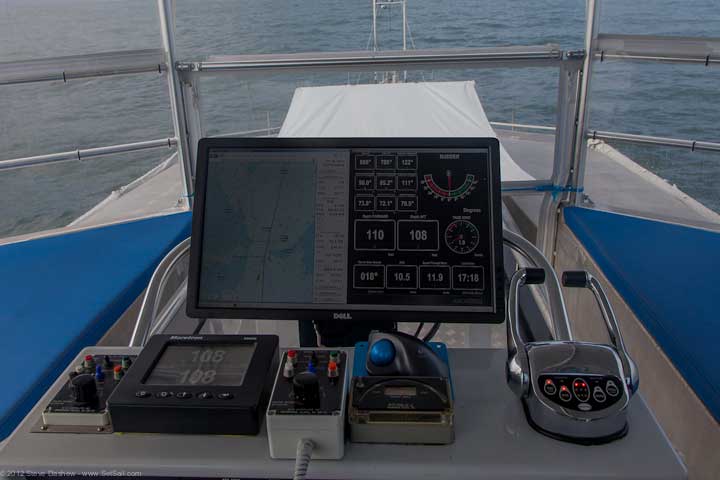 We are using a pair of Dell 22″ LED monitors, roughly $200.00 each. These dim for good night operations, and work well under most ambient lighting conditions. High contrast, black/white images work the best in bright lighting. The sonar is VGA while the radar is DVI, both of whose connections are available on the back. Three front face button pushes are required to switch between views. We’d prefer separate monitors for each, but that is a lot of space. We’ll know a lot more about using this single monitor and switching back and forth after a bit of navigation in Maine with fog. 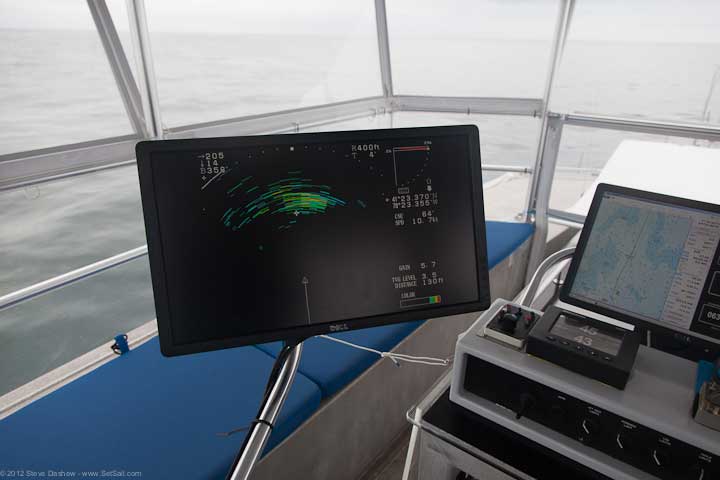 For the most part these inexpensive monitors are getting the job done. The photo above was taken as we were working our way through the shoals that are southwest of Nantucket, with an overcast, glaring lighting situation. We’ll know how they stand up to the rigors of a semi-outside existence with a bit of experience. 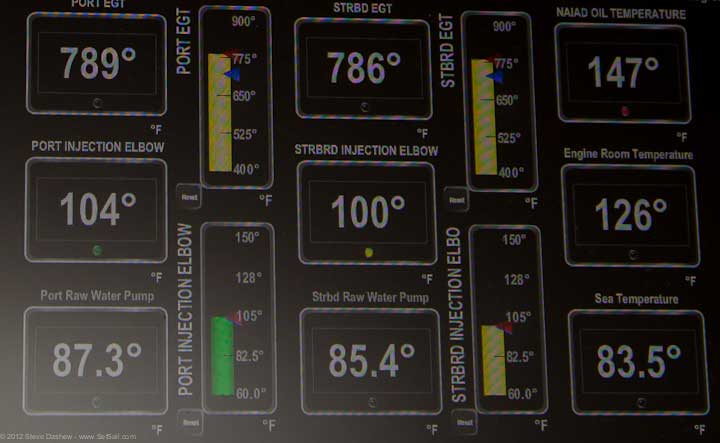 Back to the N2K system. It is now easy to monitor temperature with simple sensors. We have started with the body of the engine raw water pumps along with the water injection point on the exhaust. The theory is that a rise in these will give us an early indication of a blockage or impeller going bad. Note here, for example, the four degree difference between port and starboard engines. That there is less flow on the port is confirmed visually by our flow indicators. We know now to start checking before this becomes serious.

We’ll close with a few early observations on other aspects of our remodel. We were concerned with salt buildup and a drop in output from the solar panels. A heavy covering after that bash up the coast reduced output by just 20%. And a short rinse with the fresh water hose on the after deck cleaned off the salt. In order for the  Outback 80 regulator to allow the array to charge, we will need to either increase the set point for the charging voltage, or reduce the engine mounted alternator charge voltage. As it stands now, once the batteries have come up to the proper charge level the Outback goes into hibernation, with the alternators doing the work. It has been overcast as this is being written, with the cloud base thick and low. Solar output is much reduced, down from the 7.5kWh we saw on sunny days to  2.1 kWh.

On the propulsion side, we averaged 11.1 knots – 400 nautical miles in 36 hours – at a fuel burn rate of 6.8 US gallons/hr (or 22 liters). As we are the previously discussed 5 tons over maximum gross weight, and ran the air conditioning for much of the trip, this represents a reduction in fuel burn of five to eight percent.

The quieter, smoother operation resulting from the new exhaust system, mufflers, and motor mounts was immediately noticeable during trials. However, the new level is now the standard we are familiar with, and we’re thinking about new ways to improve things even more.

The Pepwave multi-SIM card router proved its efficacy when it automatically locked onto AT&T while offshore where Verizon had no signal. The opposite occurred coming into the Nantucket Sound region

Finally, it is hard to express how much we enjoy the teamwork of running a large yacht as a couple. There is nothing comparable in our lives ashore. And while the downhill aspect of voyaging is always appealing, even a dead beat has its benefits. In particular, getting slammed around a bit reminds us of why we specify many of the “unusual” design elements you are used to seeing on our yachts. 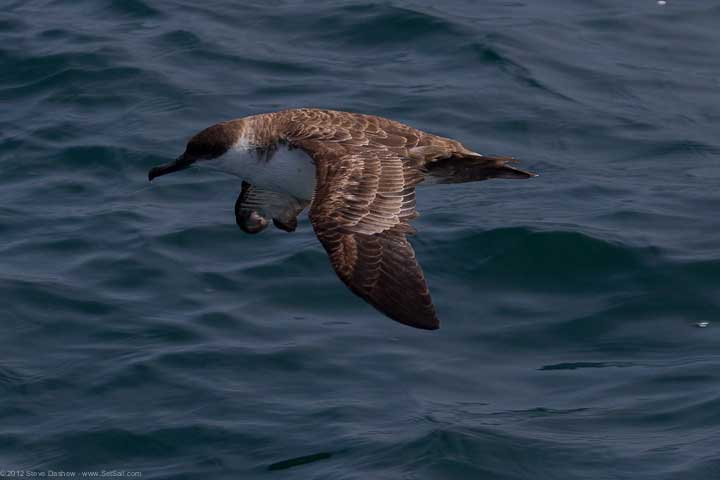 This entry was posted on Saturday, July 28th, 2012 at 6:09 am and is filed under Dashew Logs. Both comments and pings are currently closed.


6 Responses to “Cruising With NMEA 2000 – A First Hand Look The Maretron System, And A Few Other Observations”