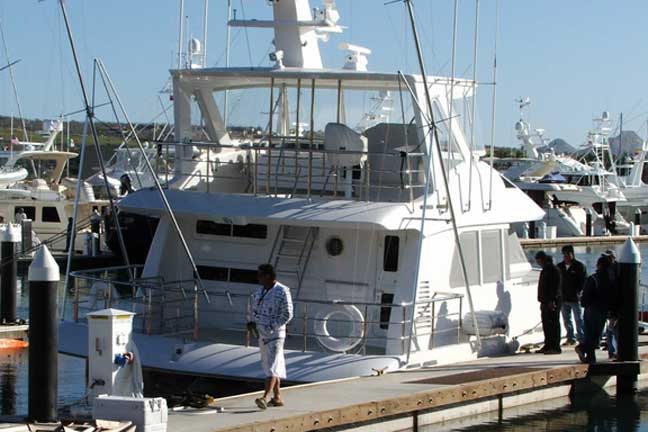 What’s wrong with this photo? Hint: the freeboard is touch low. 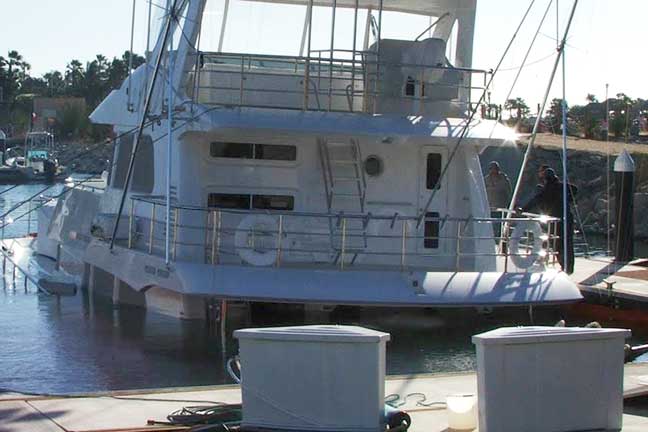 Our hearts ache for the owners of this yacht.

We have always been obsessive about risk factors, none of which is bigger than through hull penetrations. They are a flooding risk, maintenance headache, and if bronze, a potential exit point for lightening if you suffer a direct hit.

Have you counted your through hulls? Do you know where they are? Can you get to them? Do you close them when leaving the boat unattended for long periods? And how about fridge and air conditioning plumbing? How secure is it, and what are the unattended risks associated therewith?

As boat owners continue to stretch the complexity of systems aboard, the temptation to riddle the hull with underwater thru-hulls increases.  Owners are often uninformed about the potential problems and risks associated with fittings below the waterline, and many builders and boatyards find it tough to deny the wishes of a paying client.

It does not have to be this way. We are not trying to push our concepts on the back of anyone’s disaster, but there are some systems design principles that will mitigate these risks:

This entry was posted on Friday, February 11th, 2011 at 12:02 am and is filed under Dashew Logs, Most Popular. Both comments and pings are currently closed.