“She’s meant to go places in comfort, and stay there for as long as her owners want.”
–Yachting Magazine 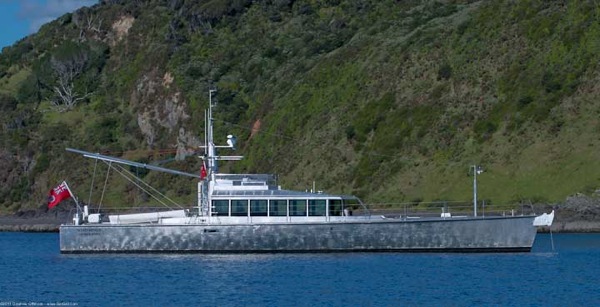 Last week, while driving with a friend through Colorado, Montana, and Wyoming, we were asked why our yachts look so different from the norm. That got us into a discussion about beauty, function, and environment (we’ll post some photos from that drive in a few days).

We have always believed that a yacht should make your heart sing, especially when viewed from the dinghy. And while some forms of art – yachts being included in this category – are an acquired taste, there are certain absolutes. Proportions, flow of lines, detailing commensurate with the overall design, are part of this equation. So to is how the object fits into its environment. Art on land is one thing. But when you take it to sea there are other issues. It is here that as Frank Lloyd Wright said “form follows function”. The more frequently one leaves the marina and the further one travels, the more absolute these seagoing considerations. For our uses we wanted unrestricted comfortable and secure blue water voyaging, with maximum efficiency for speed, range, and economy, without the need to hire crews or ship the boat on long uphill voyages against head seas. For personal enjoyment, living aboard six months or more each year, our desire was lovely woodwork, ample storage, space for art, and ergonomic design which kept us safe and comfortable at sea. This combination of requirements is what led to the long, low, lean shape, that has so much in common with naval vessels and ocean going ships, and defines the FPB series. When we were working on aesthetics of the FPB design we had the luxury, and the burden, of a wide open palette. There were no stereotypes to follow. But there were questions to be answered. What would aid our safety in rough neighborhoods? What would help us fit in with workboats and their crews? What would lead to the best conversations in distant ports and cultures? We ended up with a hybrid, part commercial work boat (they’re often unpainted aluminum for easy maintenance and maneuvering in port) and part military. Of course, this is only our taste (over the years we’ve owned painted boats and have built them for our our client’s and Circa could probably be induced to arrange paint for those who prefer this). 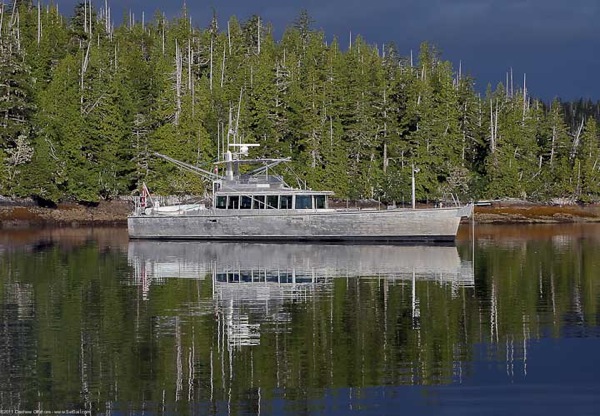 Most yachts are optimized to look good in a marina and to make the interior seem as much like a land-home as possible, with land based systems. Some appear designed to score social points at the yacht club or boat show. Ours are designed first and foremost to cross oceans comfortably, even in gale force conditions. This makes them look different from other boats, at least initially.That was the case with our long waterline sailboats until the single handed racing crowd proved the efficacy of minimal overhangs. Today our Deerfoot, Sundeer, and Beowulfseries seem positively staid. 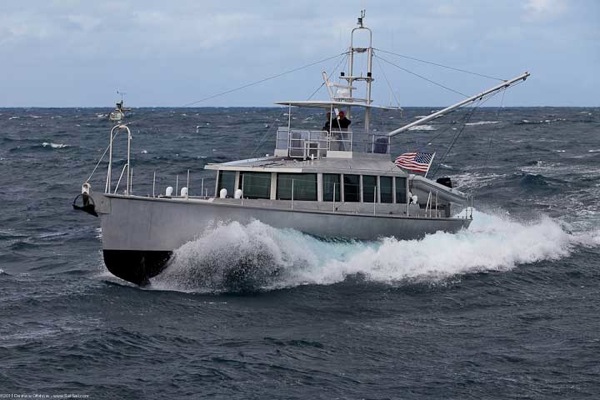 As the FPB 64s have begun to make their presence felt in the market, and more owners of existing trawlers and prospective buyers become aware of the concept, much debate, some heated, has taken place in various Internet forums. There are defenders and detractors, and occasionally someone will send us a choice quote. 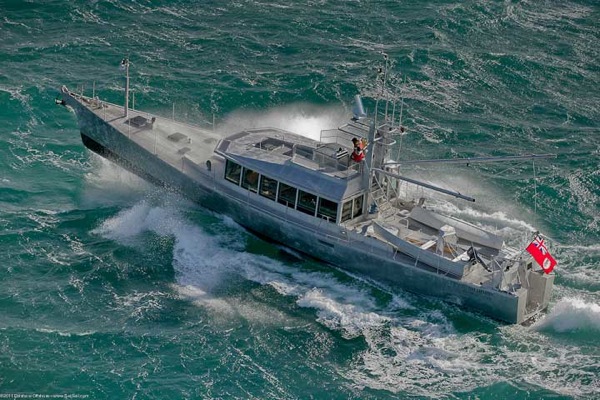 Most recently our FPB aesthetics have been challenged on an open website for a leading trawler brand’s enthusiasts. We quote below.

“As I write this Steve’s Wind Horse is 100 feet away from my boat here at Inner Harbor East Marina in Baltimore, and to my eye the boat is butt-ugly.  That’s subjective, I know, but it’s one of the ugliest yacht I’ve ever seen.  No matter how capable it is–and I’m certain that it is one fast, capable, comfortable, safe ocean crosser–it doesn’t represent what I want in a yacht, and I doubt that I’m far on this score far from most Nordhavn owners.  I prefer a yacht that looks like a yacht, and, at the moment anyway, Wind Horse looks to my eye like a down-in-the-mouth commercial vessel in need of a lot of TLC–more like an badly maintained Somali patrol boat than a yacht.” 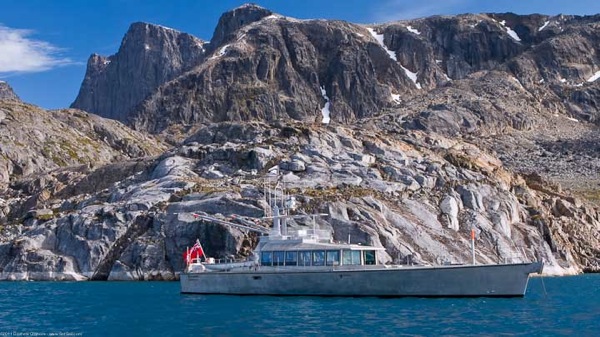 We have known the writer for many years, and while he may now worry he has offended us, we wish to assure him the opposite is true. His comments are a direct endorsement, and further proof, we have achieved several important goals. 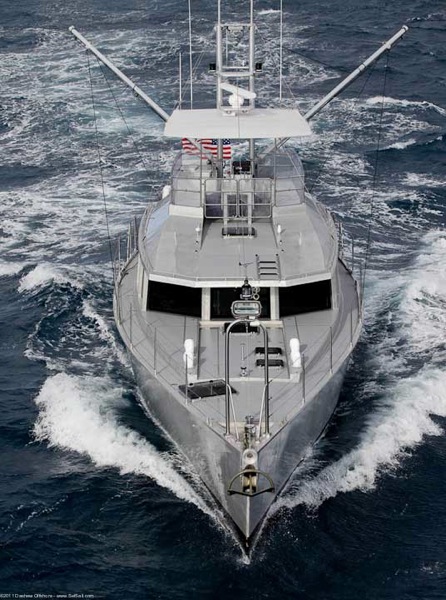 The reference to military bearing is music to our ears. We worked long at achieving this edge. The fact that naval patrols in various regions we’ve cruised have questioned our status bears added witness to the impression we are trying to convey. If you are in doubt ask yourself this: would you prefer local miscreants think you a soft yacht, or raise the specter of taking on the military? 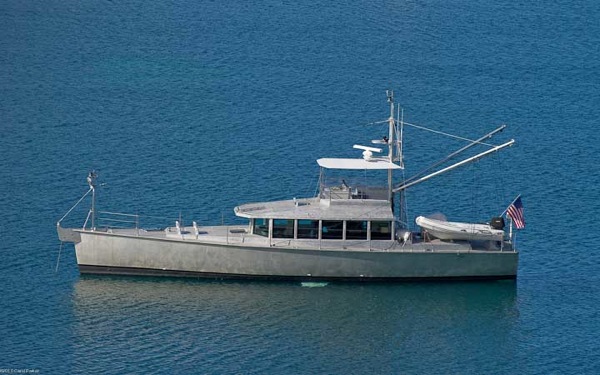 It is worth reiterating that a part of our goal has been to fit in to the local environment as much as possible. 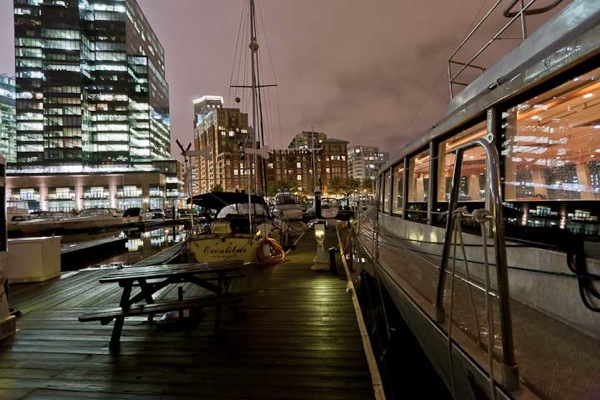 This is not an issue in Baltimore’s inner harbor, 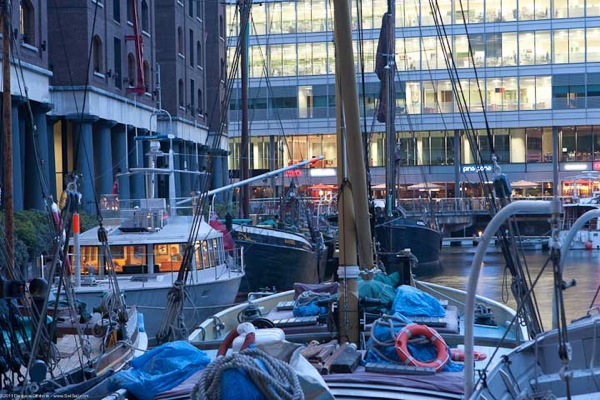 or St Kathryn’s docks in the heart of London. 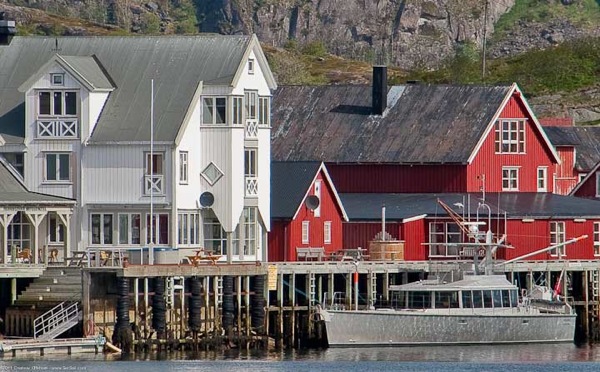 But when you are sharing the town dock with local fishermen,

whether you are in the Lofoton Islands of Norway, a lagoon in Fiji, or a fishing stage in Labrador, the military/work boat look confers numerous benefits, of which quick acceptance is one. 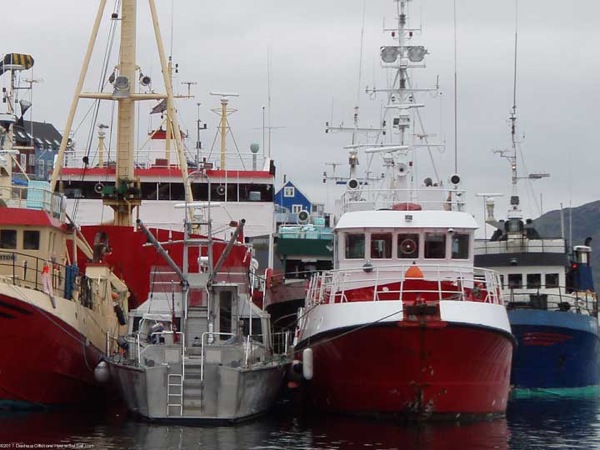 There’s a practical side as well. Enjoying the best cruising grounds means forgoing marinas. Rafting and laying against pilings is the norm. We do both with equanimity, worrying not about our shiny finish being despoiled. 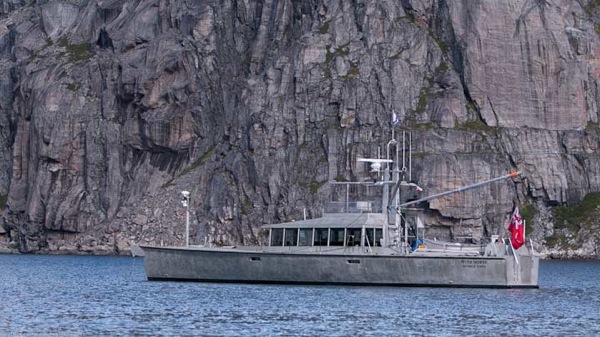 The external “down-in-the-mouth” appearance of Wind Horse is a carefully cultivated artifact. In 50,000+ miles she has rarely seen a fresh water rinse, and has had her topsides polished but once. Washing the salt off from the windows, hatches, and sitting areas, and occasionally wiping the stainless railings, is the extent of our exterior maintenance. When Wind Horse has been in storage for months, exterior cleaning takes the form of a high pressure wash down. 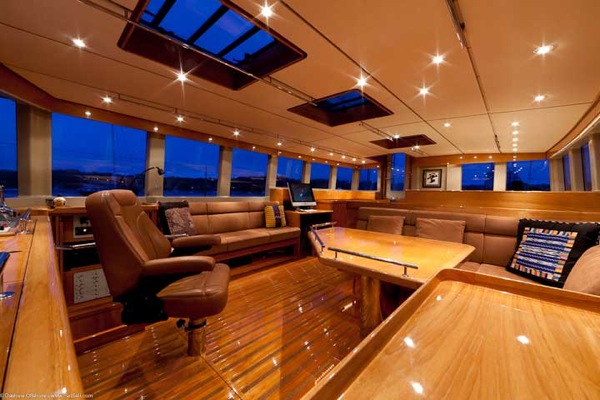 Whether cruising or in storage mode we prefer to keep as low a profile (literally and figuratively) as possible. We feel having outsiders privy to our inner secret is neither wise nor desirable. 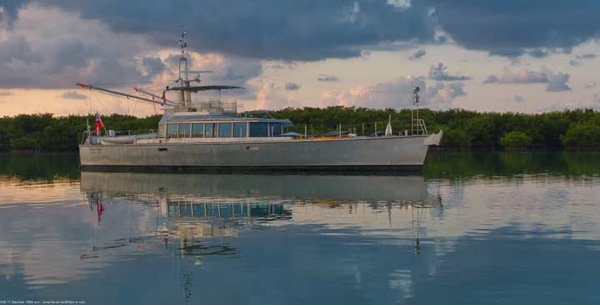 And should we suddenly become desirous of external spit and polish? For a fraction of the cost of buffing a fiberglass yacht’s gelcoat or repainting a steel hull, we can have the shiny aluminum of a new FPB with the touch of a grinder and a few boxes of ScotchBrite pads. 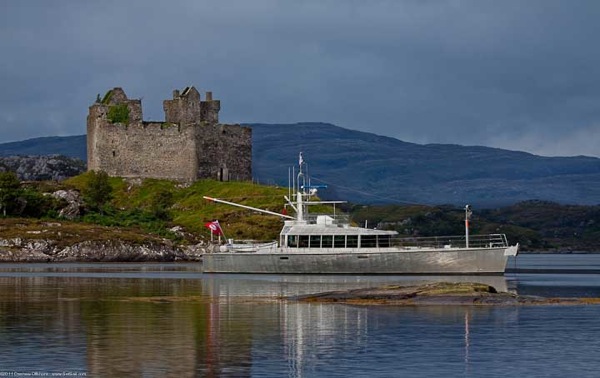 The bottom line is we like the advantages that come with our low key appearance. We prefer to spend most of our time cruising rather than polishing. We don’t worry about rough work boats rafting alongside or damage from pilings. And our hearts sing when we row away and look at the low, sleek lines of our FPB. It doesn’t hurt that this appearance coincides with an interior so comfortable at sea that we are ready to head offshore without the slightest hesitation.  Finally, given the world we live in, with an economic environment unlikely to improve for some time, we know that we can continue to cruise with minimal worry about becoming a target. Post script: We have nothing against fiberglass yachts, trawlers or otherwise. We started out building in FRP, before there were chopper guns (we used Glasscraft founder Jay Johnson’s  prototype in the early 60s). Our Sundeer designs were the first production yachts to use the SCRIMP resin infusion system, now common in the quality end of the industry. Over the years more than half our designs have been built in fiberglass. For long distance cruising under sail there are benefits to both materials, cost being the major aspect in favor of FRP. But when it comes to powerboats, where tankage and range are paramount, aluminum wins hands down. The difference in toughness, and the ability to engineer for impact give aluminum additional appeal as well.

This entry was posted on Tuesday, February 15th, 2011 at 11:42 pm and is filed under Right Sidebar Most Pop Posts. Both comments and pings are currently closed.