Camden, Maine – WIth The In Crowd 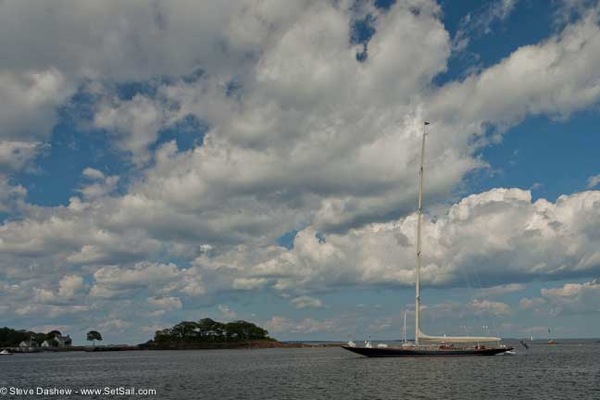 We’re with the “in” crowd in Camden, Maine. 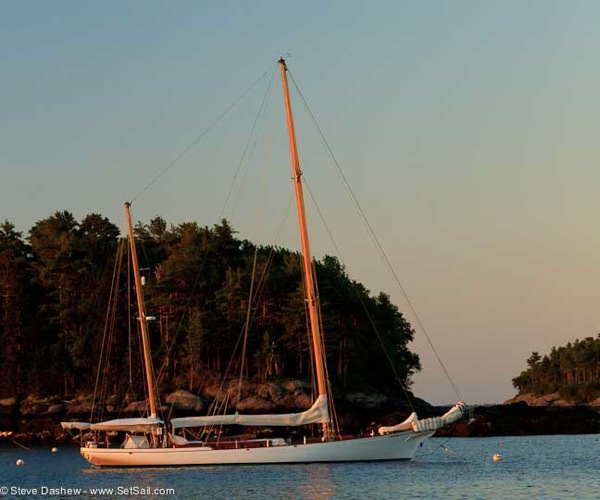 Wind Horse is anchored between Ticonderoga to the west and

the British J-boat, Velsheda, to the east. 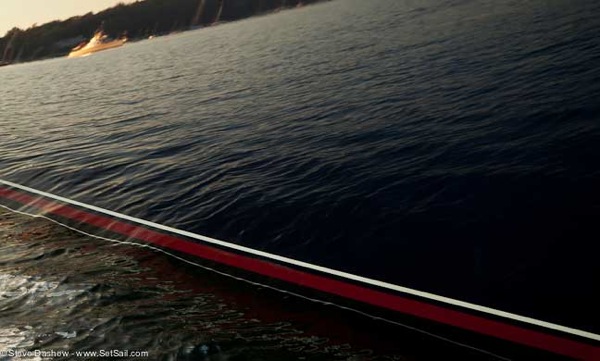 Camden is the opposite of Round Pond. It is oriented towards tourism and yachting, both of which are summer events. The boat watching is excellent, and there are some interesting craft to study, many of which are maintained to the very  highest standards. Speaking of which, how about this for a nearly 80 year old topside? 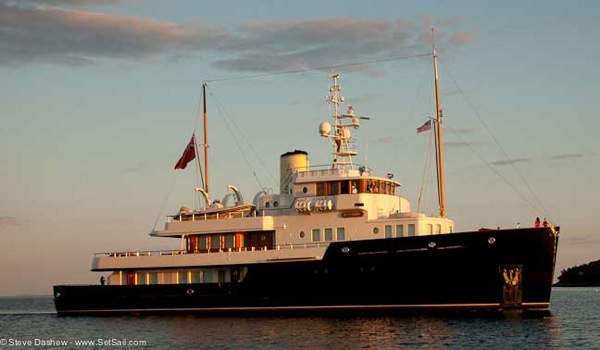 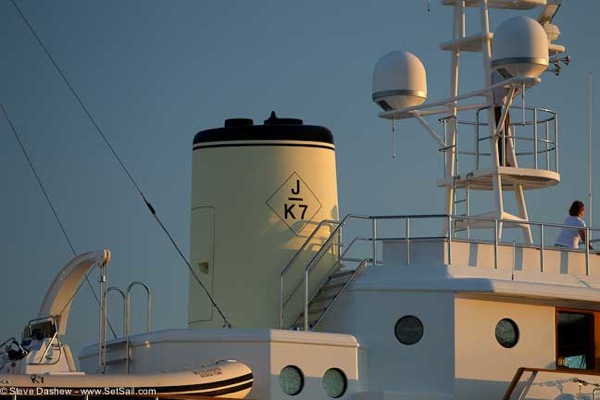 a fact made clear by the insignia on the smoke stack. 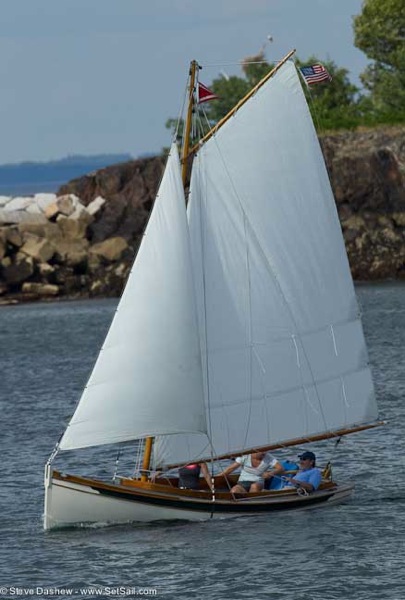 There are a variety of small craft in use. 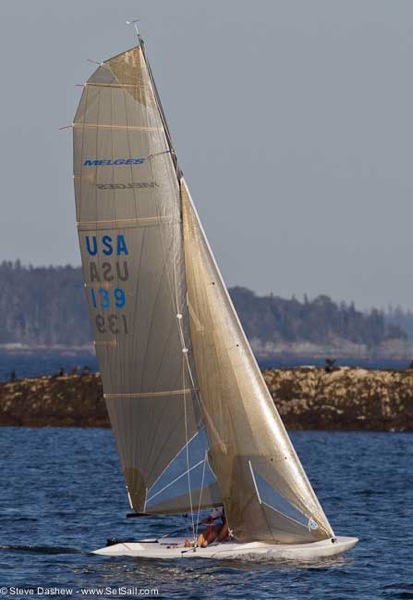 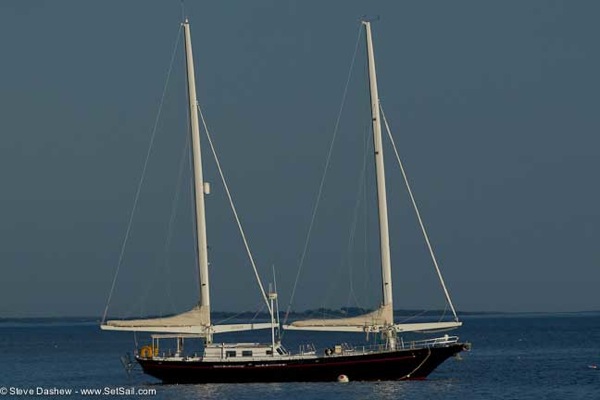 and a schooner with dual Aero Rigs. 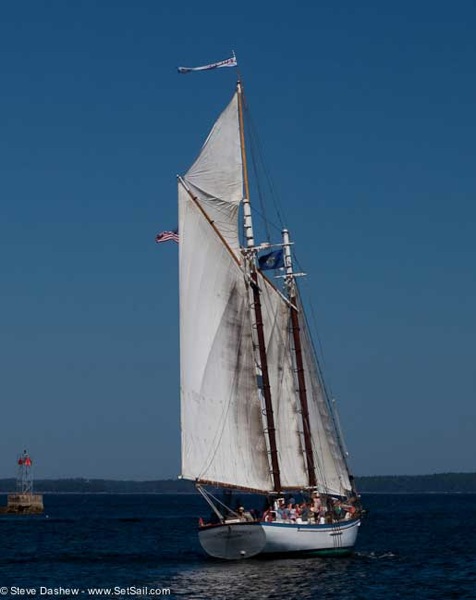 And the more traditional like old friend Appledore, here plying her trade. 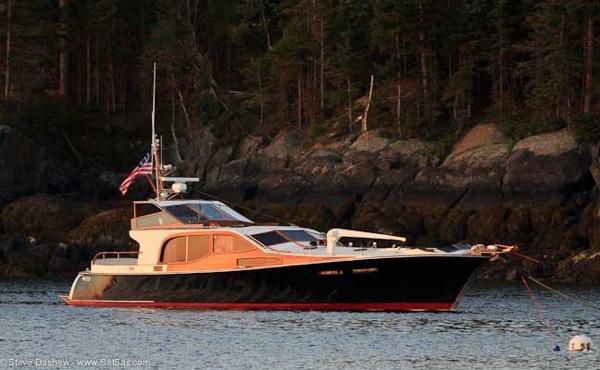 There is even a Tom Fexas designed Midnight Lace (Tom must be turning in his grave when he thinks about the ugly dinghy boom forward!). 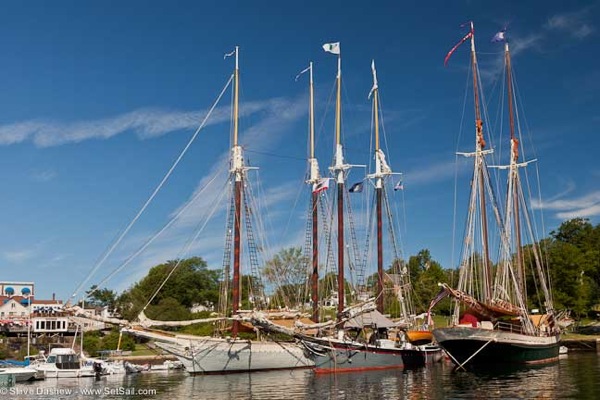 The inner harbor is packed with all manner of craft, with traditional schooners dominating the skyline. 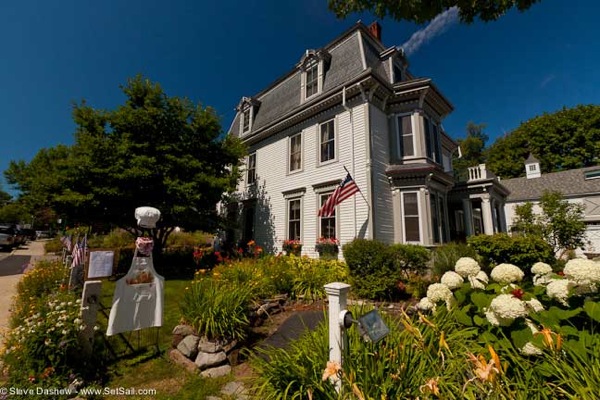 There’s a plethora of bed and breakfast inns, restaurants, a good local market, 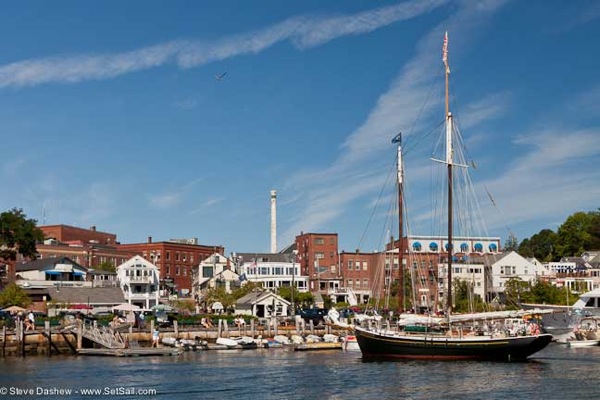 and all he tourist oriented art and crafts you could ever want (or not want). 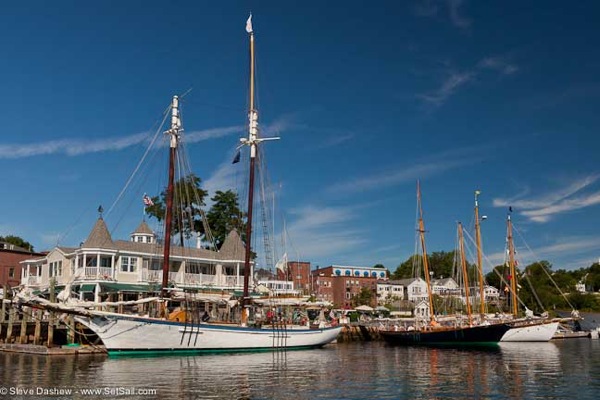 Camden caters to the visiting yachts. Near the dinghy dock is a dumpster for trash, a loading dock that can be used for a couple of hours at no charge, and a friendly dock master eager to assist. 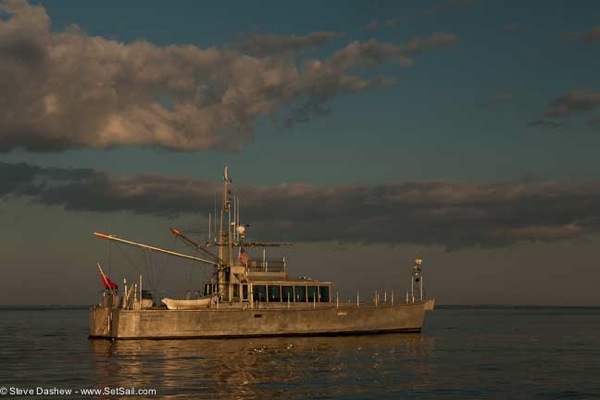 WInd Horse is enjoying her new anchorage. Booms are out now (lots of wakes) and flopper stoppers are rigged. Our Virgin cell phones have no signal in the harbor, but Verizon’s 3G system is working. 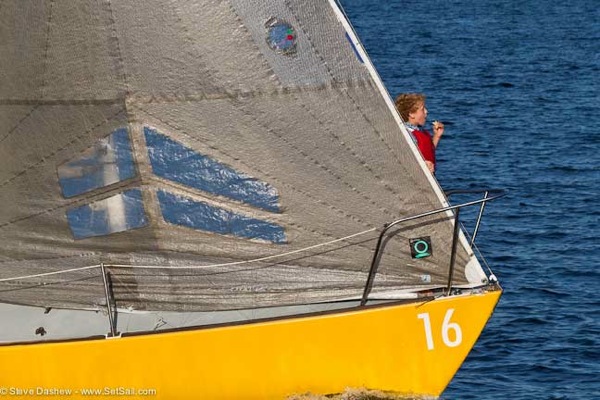 We’ll close with a few more photos to set the Camden scene for you. 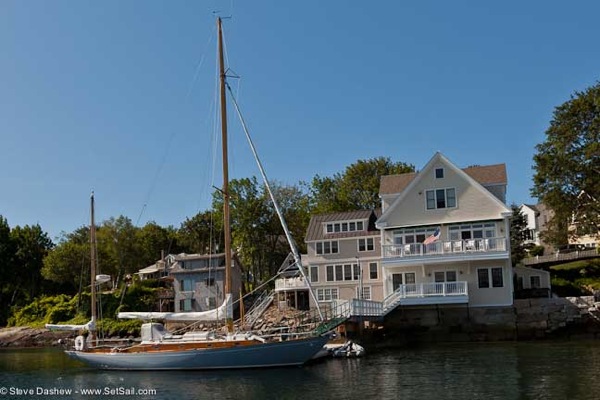 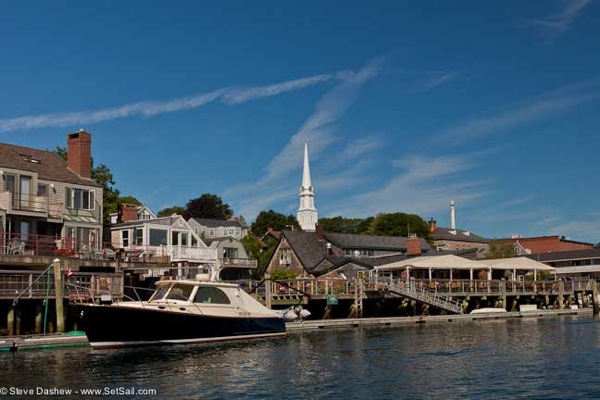 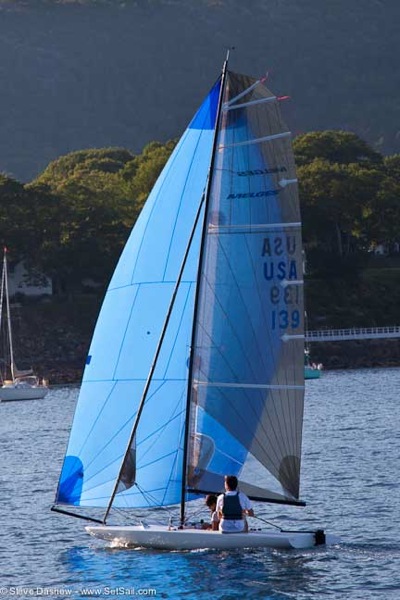 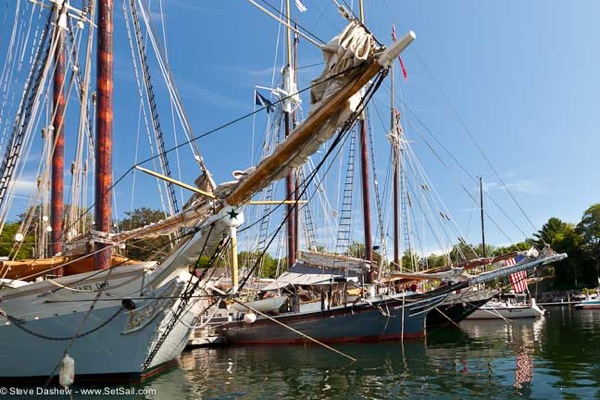 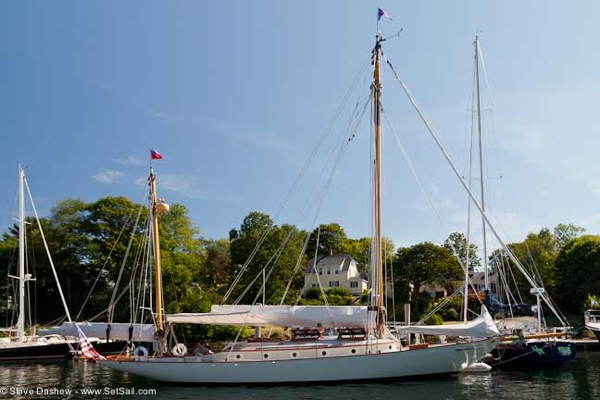 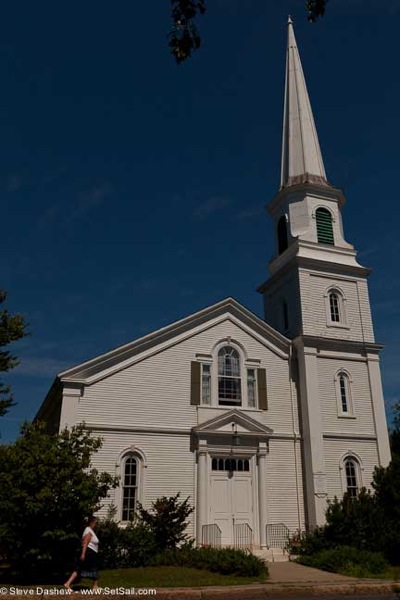 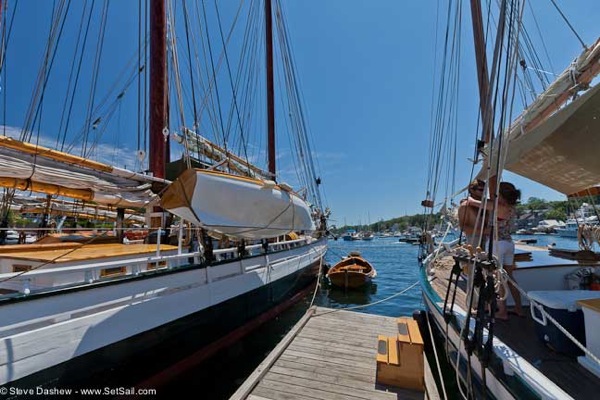 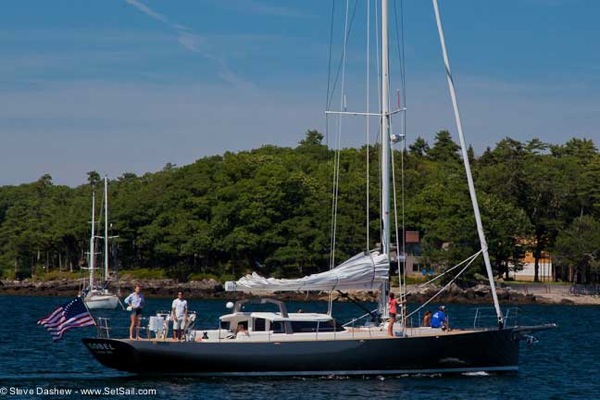 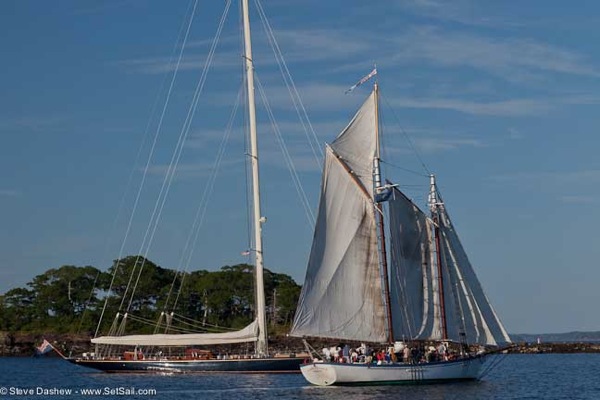 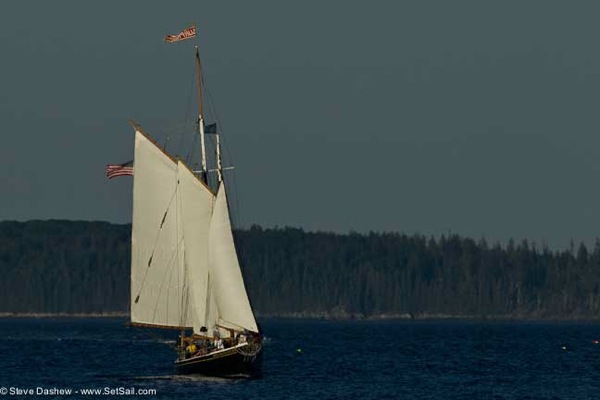 This entry was posted on Monday, August 1st, 2011 at 12:01 am and is filed under Dashew Logs. Both comments and pings are currently closed.


8 Responses to “Camden, Maine – WIth The In Crowd”