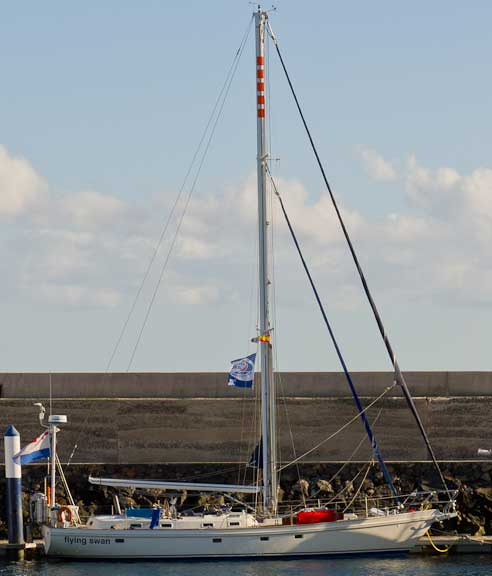 Sobering fact: you are going to be almost invisible to ships in any sort of breeze. A yacht is just too small to stand out in the waves and their white caps. Radar return, even with a radar reflector, is also hard to pick out of sea clutter. The one thing you can do is do paint the  upper portion of the mast. 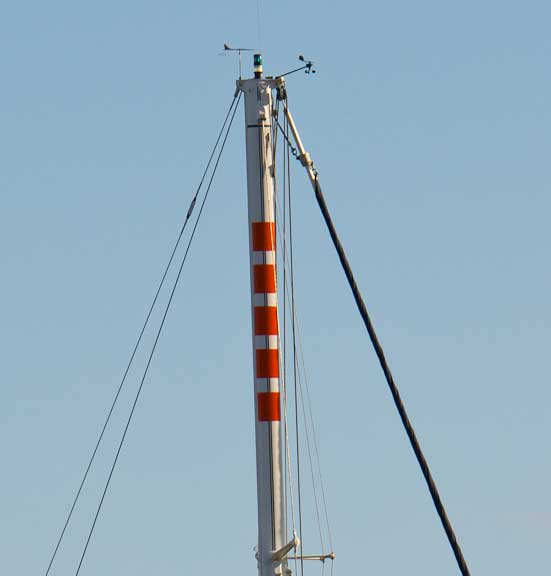 Even better than paint  is reflecting tape, like the 3M product we have on Wind Horse’s booms. The red stands out and being high above the waves has a better chance of being seen.

But don’t count on them seeing you.  Keep watch, and stay out of the way of the big guys. And think about an AIS transponder.

This entry was posted on Tuesday, January 18th, 2011 at 12:00 am and is filed under Dashew Logs. Both comments and pings are currently closed.


7 Responses to “Enhancing Visibility At Sea”