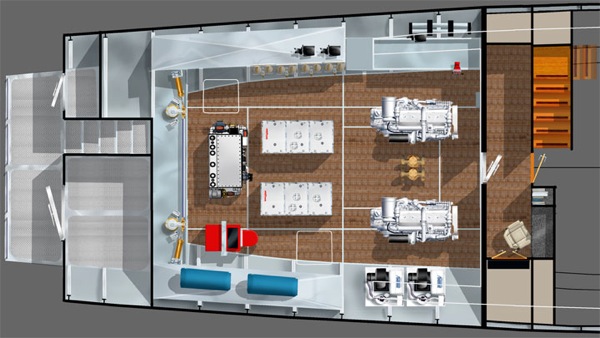 One thing we have learned over the years is to allow more space than you think is required for the engine room as the equipment list often grows. The FPB 115 engine room follows this rule, and has space for future growth. 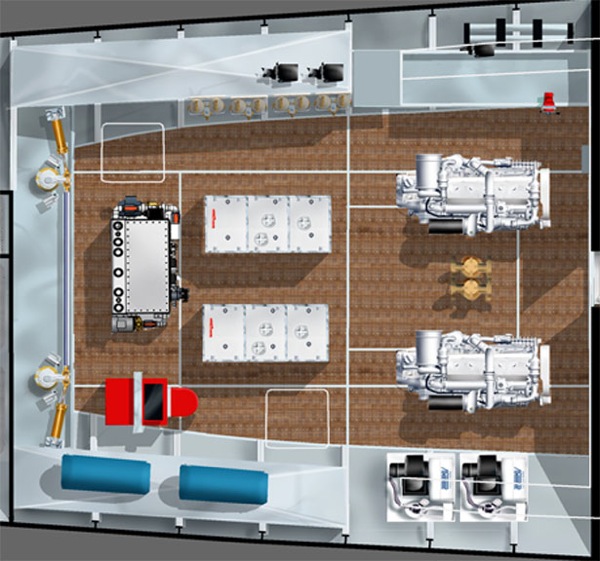 There are a pair of large day tanks, two hot water heaters, and a good sized work bench shown. 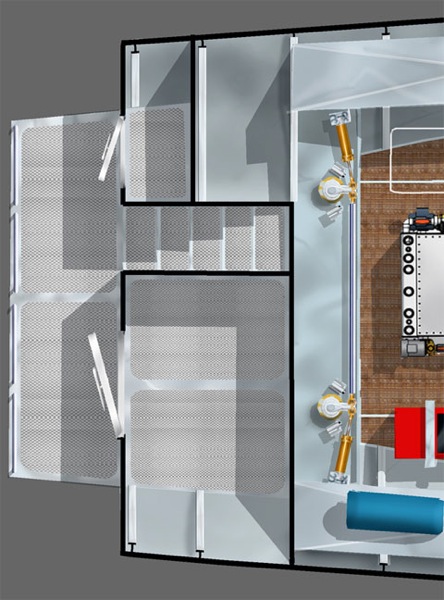 The engine room annex has a desk for maintenance paperwork, shelving for manuals, the electrical panels, generator controls, and various other systems related items. The annex space is important in the noise control calculus as well. 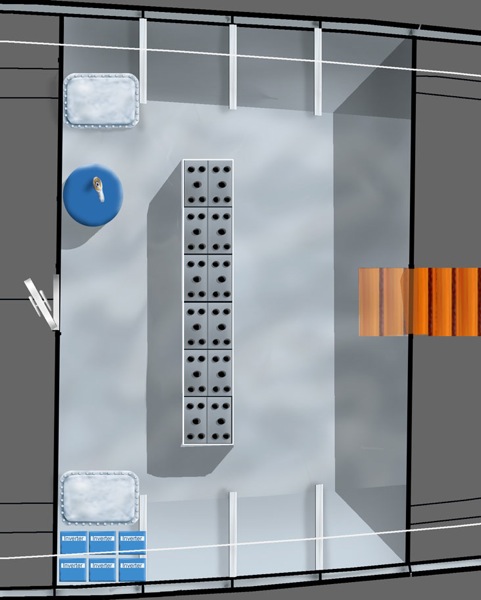 The basement area houses a third hot water heater, the battery bank  (2400 amp hours at 24VDC), inverter bank, and stabilizer mechanisms (under the hatches shown above). As this area has full headroom (6’8″/2050mm) there are many options on how the space can be used.

In the commercial versions this area probably goes for storage and perhaps computer racks. WIth a yacht layout the forward half will probably be an annex for the owner’s suite, with the aft section  used for ship’s stores.