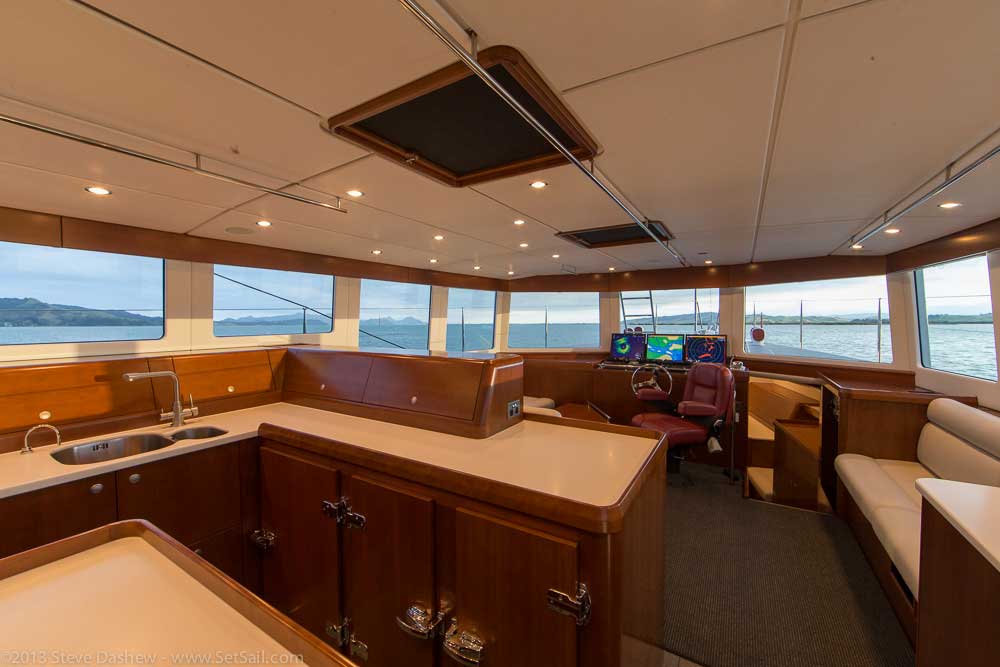 Yesterday evening we were aboard the sixth FPB 64, Grey Wolf and thought a few of her details might be of interest.

She is the first of the FPB 64s to have an enlarged salon and slightly smaller galley. 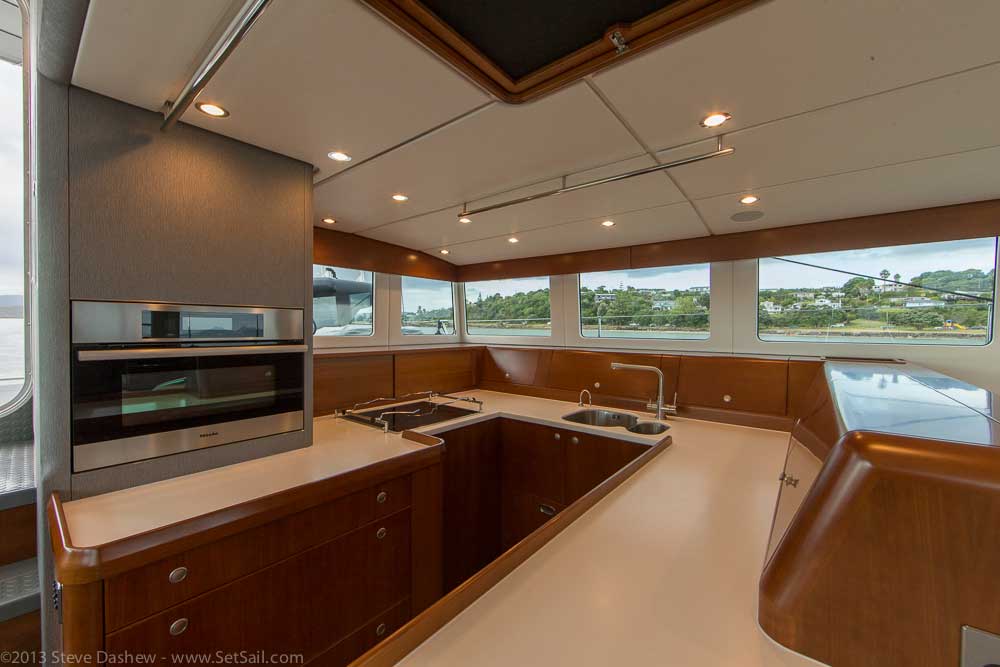 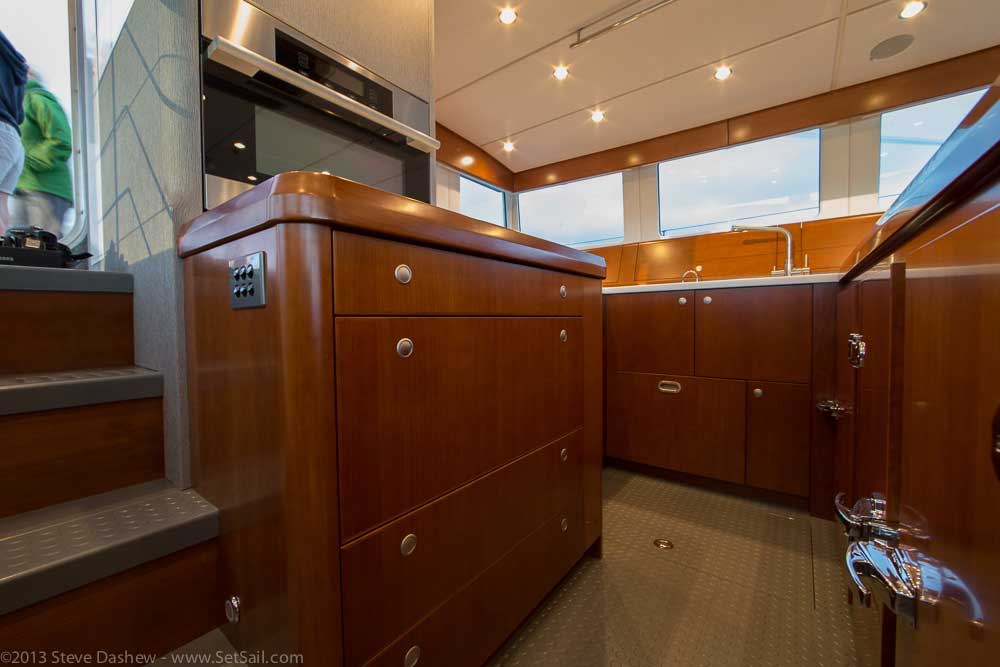 The large drawer stack remains, with slightly less volume of counter top lockers. There is still space below the sink for the drawer style dish washer. 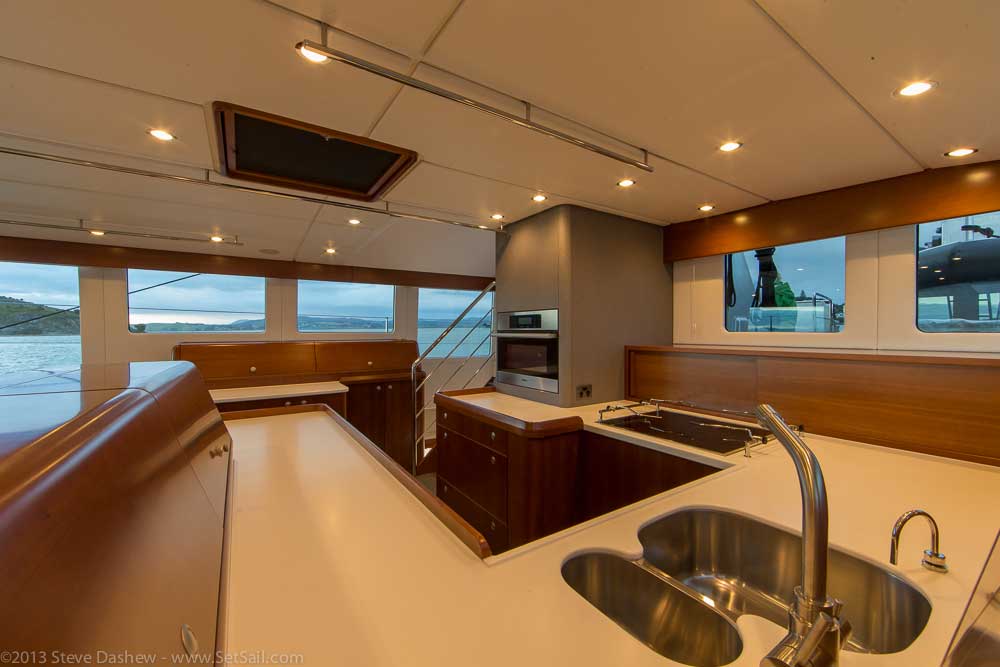 The return to the left of the stove, is intended to help constrain your body at sea. This is reduced in size from the standard layout, so it provides somewhat less protection. 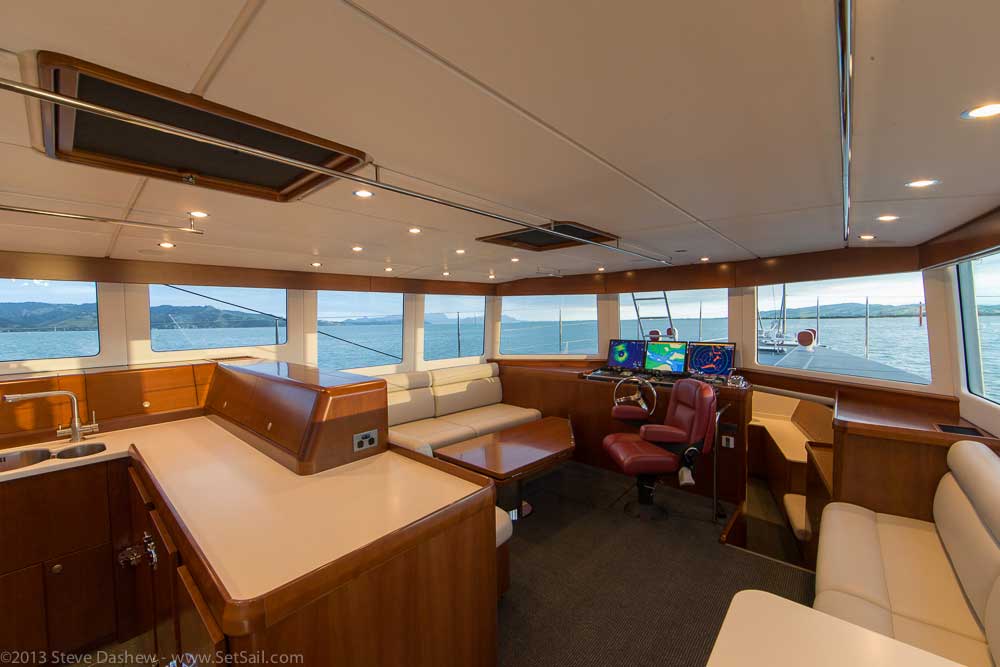 The salon benefits from this slight galley compression. 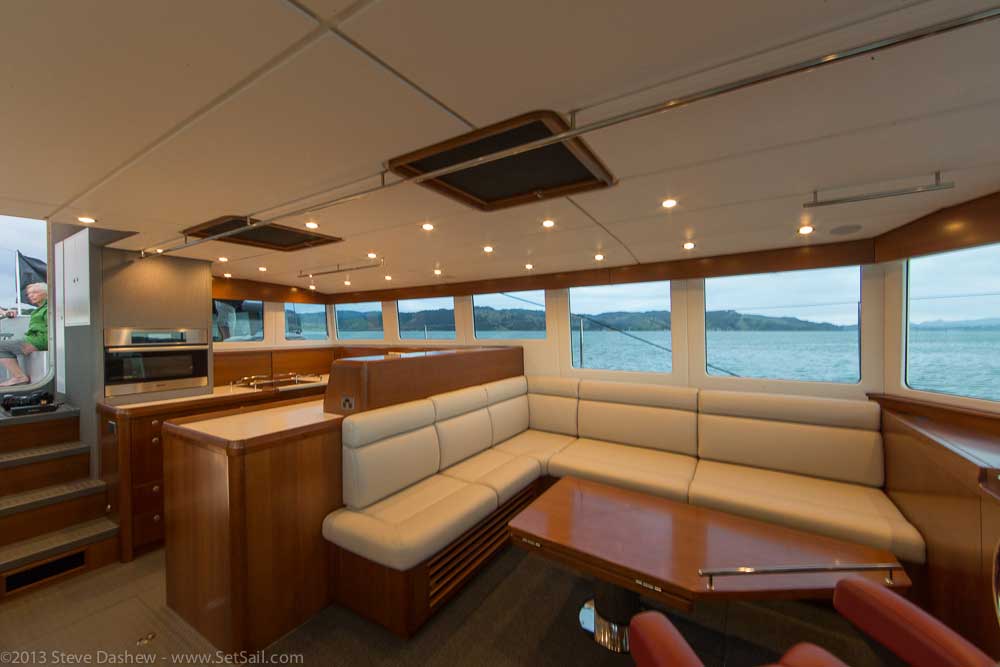 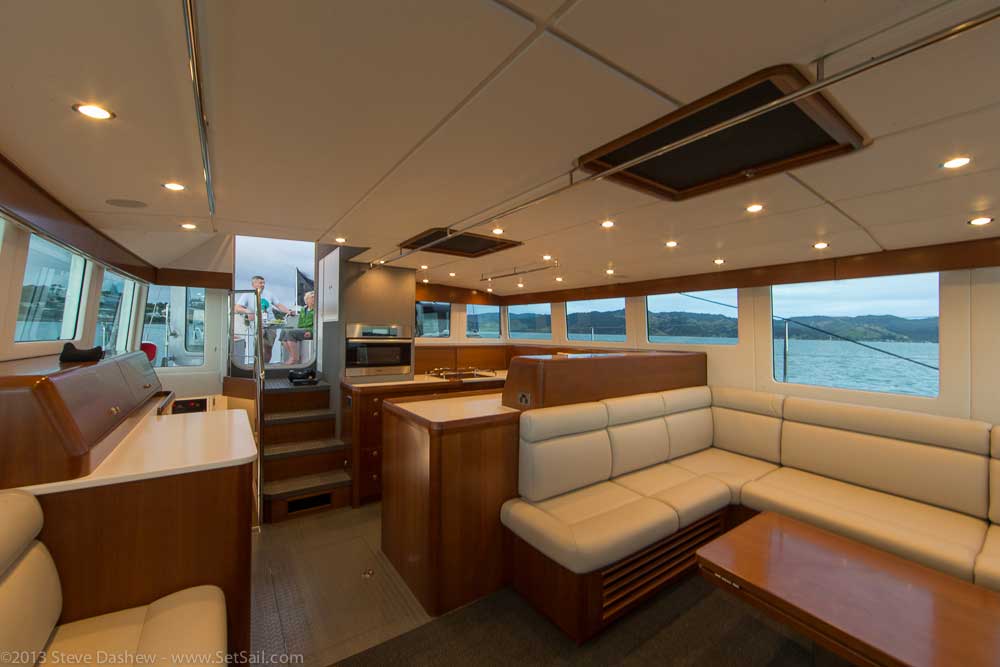 Note that the starboard side seating is now the same length as the port side. 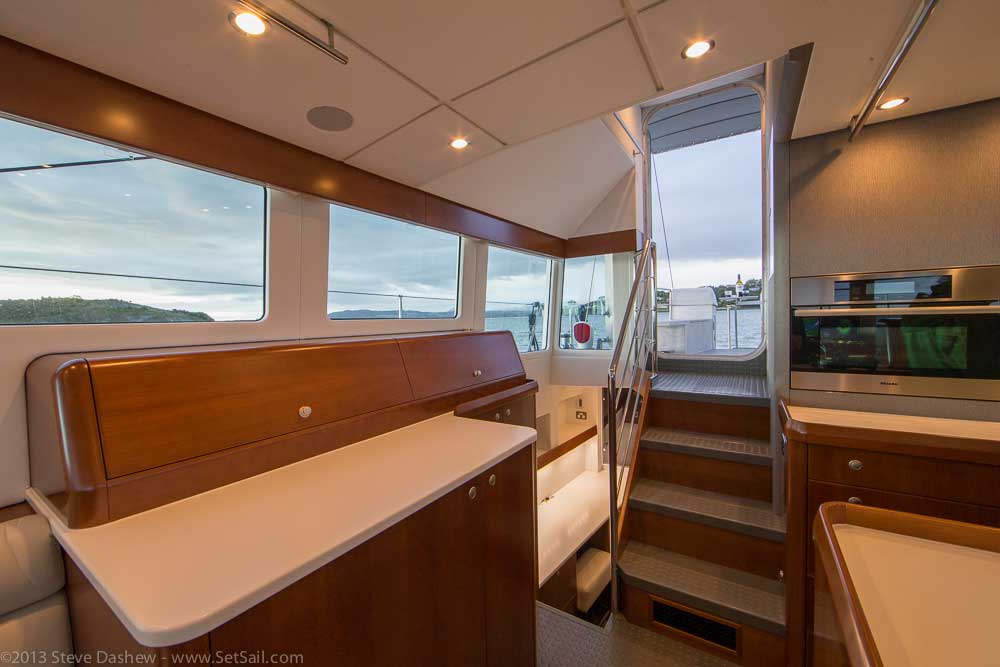 This was accomplished by switching from separate washer and dryer units to a combination washer/dryer. 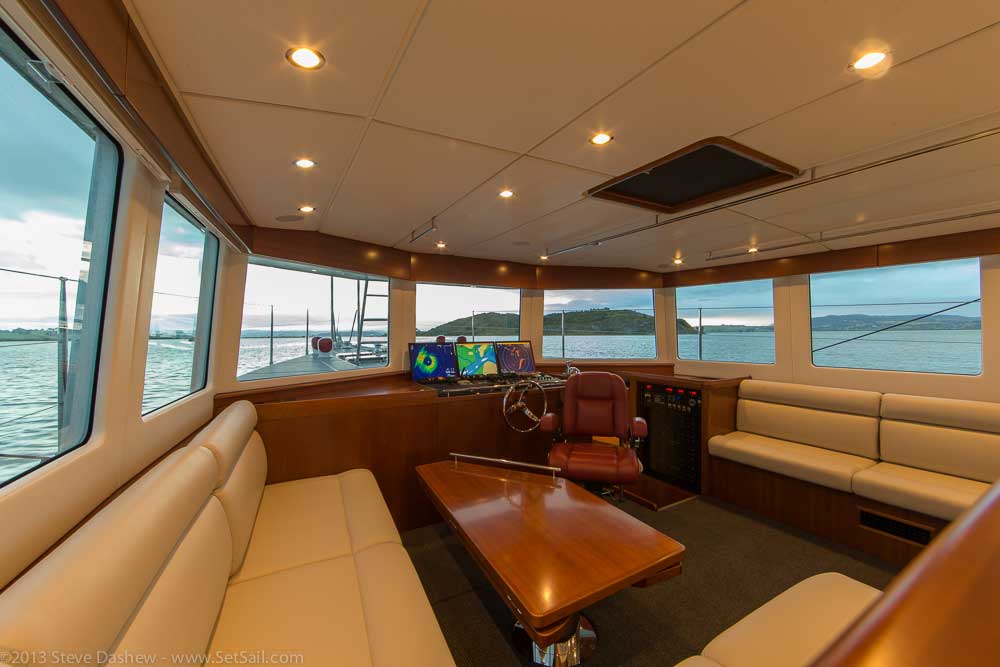 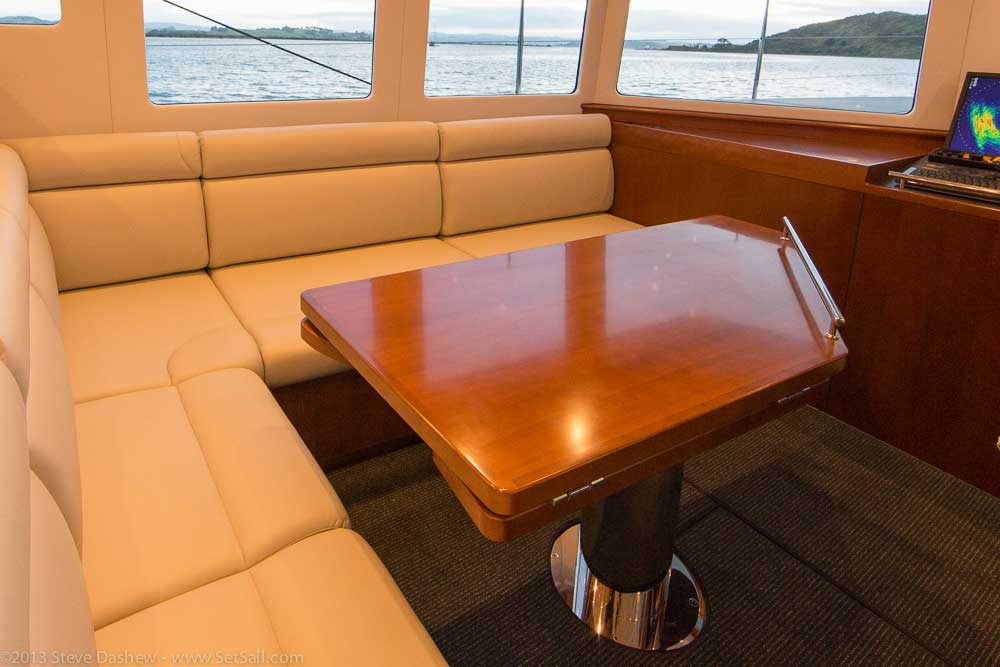 The table here is in its raised position with the leaves tucked under the fixed center section. 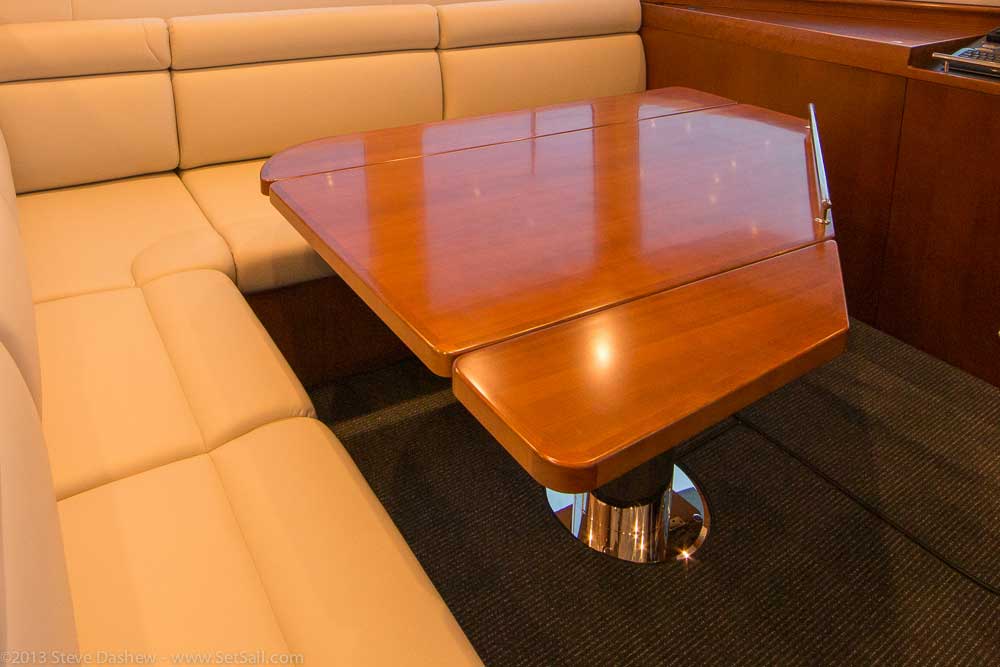 And then in this and the photo below with leaves extended. 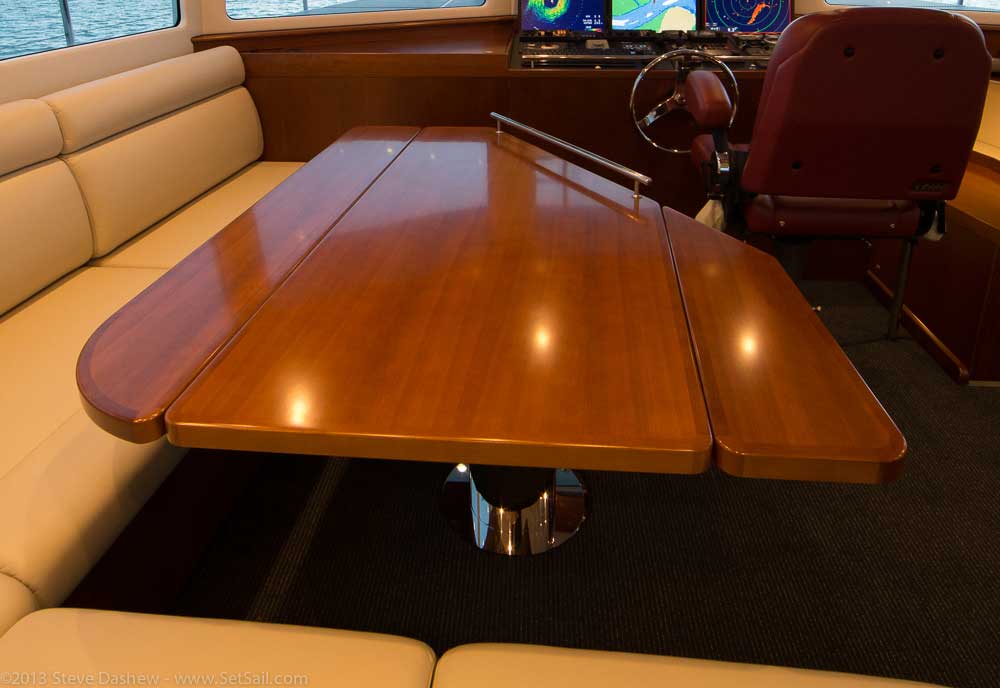 This entry was posted on Saturday, January 12th, 2013 at 2:23 pm and is filed under Dashew Logs, FPB 64, FPB 64 Updates, three. Both comments and pings are currently closed.