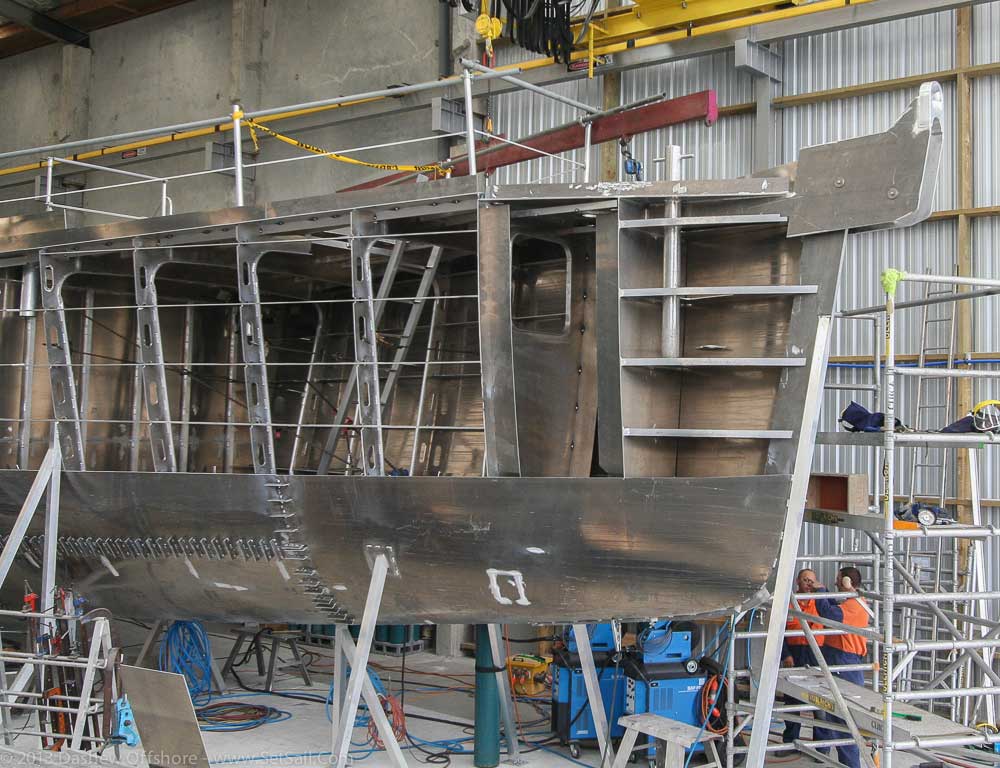 Circa is at the stage where visual progress will accelerate, and it will become easier to get a sense of scale for the Wicked FPB 97. Bottom plating is in place and topside plating has begun. 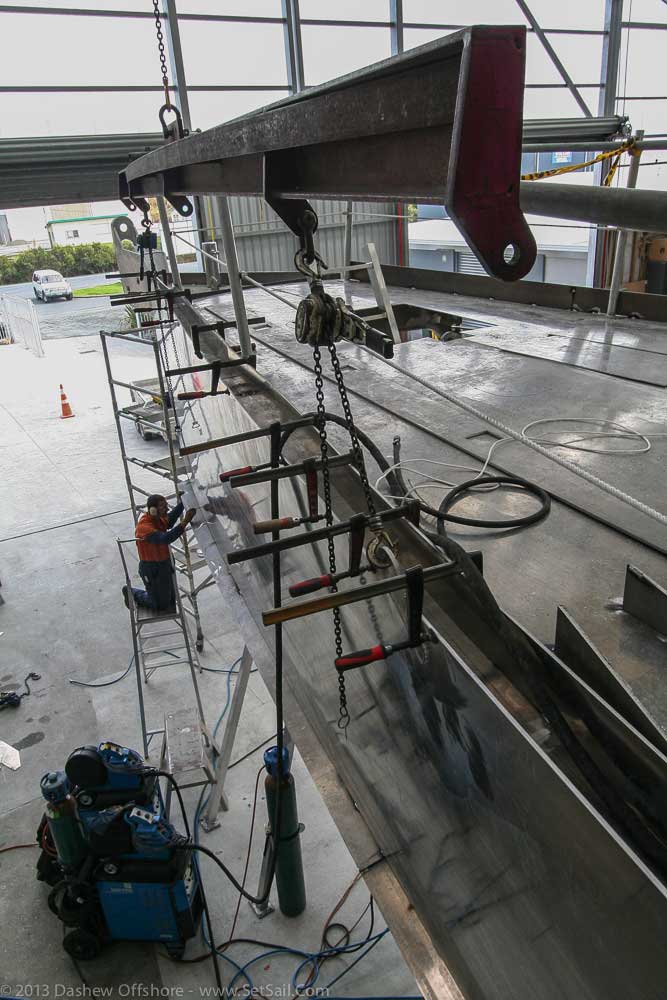 That topside plate hanging from the overhead crane with the spreader bar is roughly eight  by thirty feet (2.4m x 9m), 3/8″/10mm thick, and has been rolled to fit the shape of the frames. 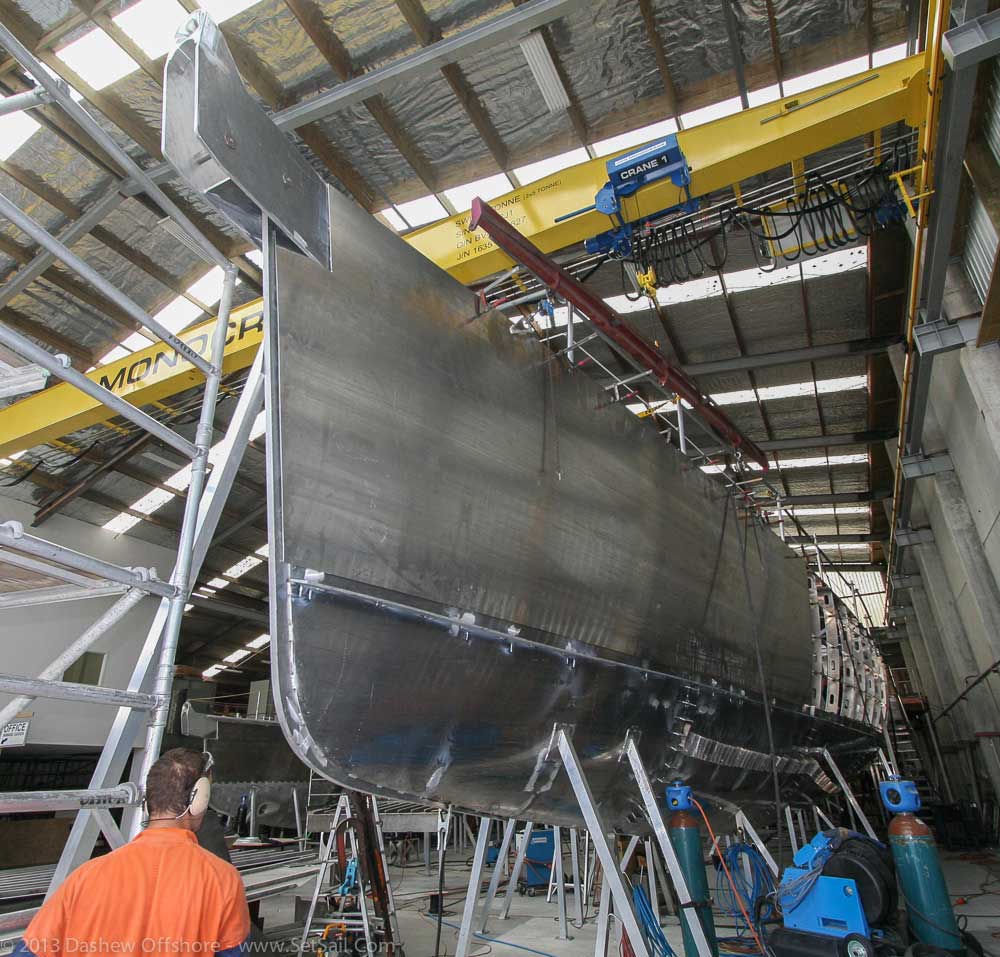 Note how the stem bar protrudes beyond the plating. This projection forward of the plating weld line protects the edge of the topside and bottom plates when you bump into ice, logs, etc. The intention is to leave the edge of the bar with a sharp edge. We think this aesthetic is in keeping with the Wicked image. 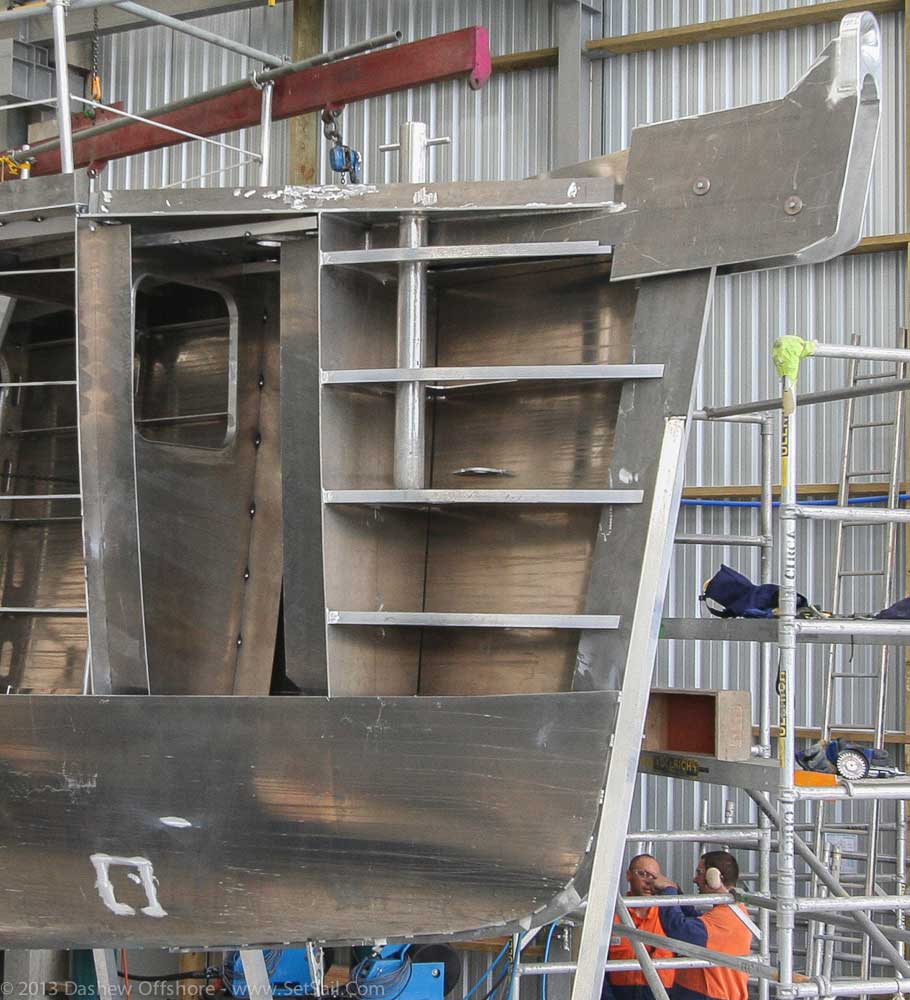 Speaking of running into things, this is a good look at the bow structure. Note the breast hooks (horizontal frames) between the stem bar and the forward chain locker bulkhead. The combination of topside and bottom plating, stem bar, breast hooks, and bulkhead makes for one hugely strong battering ram. 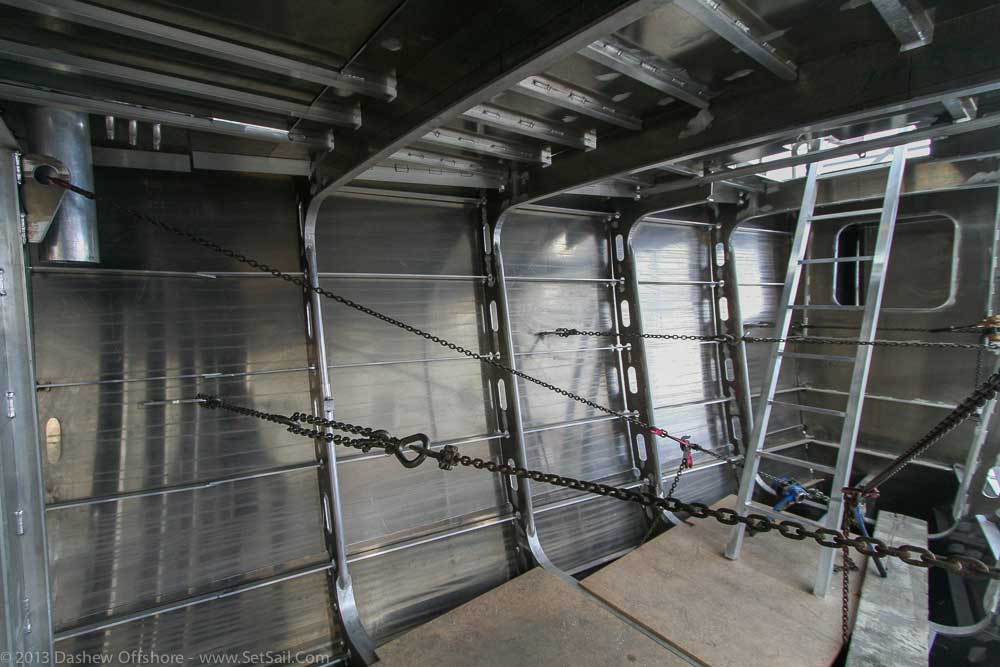 A final view inside the forepeak, with the camera positioned aft, looking towards the aft bulkhead of the chain locker.

This entry was posted on Monday, April 8th, 2013 at 2:28 am and is filed under Dashew Logs, three, Wicked FPB 97. Both comments and pings are currently closed.