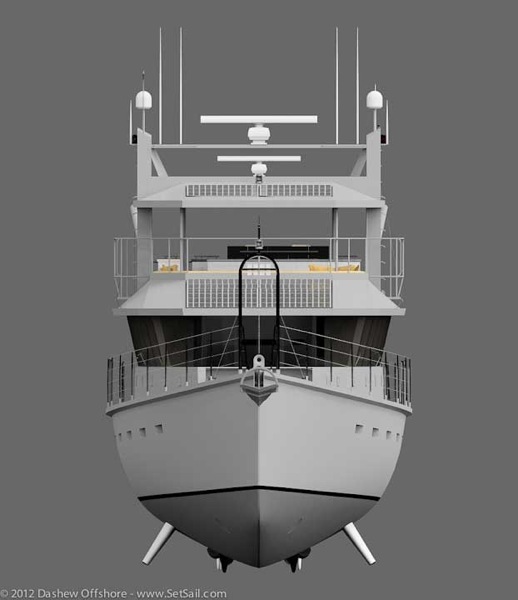 One of the more difficult design issues is positioning the stabilizer fins. The considerations are as follows:

If you work through this list it will quickly become apparent that there are a few conflicts.

In the case of the FPB 97, the fin is a touch further forward than is optimal. However, this gets us access in the landing area between the forward owner’s suite and the guest accommodations, a location where you can quickly inspect the actuator mechanisms. The tip of the fins is above the canoe body bottom, and they are positioned deep enough so that ventilation in big seas should rarely be an issue.

The stabilizer shaft comes through a transverse frame, and there is a longitudinal girder reinforcing the hull to help dissipate impact loads when the boat runs aground, although with sub-five foot/ 1.5m draft, running aground should be a rare occurrence. 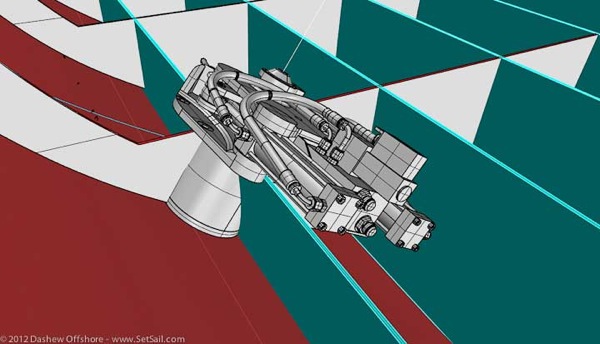 This entry was posted on Wednesday, May 2nd, 2012 at 3:15 pm and is filed under Dashew Logs, Wicked FPB 97. Both comments and pings are currently closed.