FPB Progress In Spite of the America’s Cup 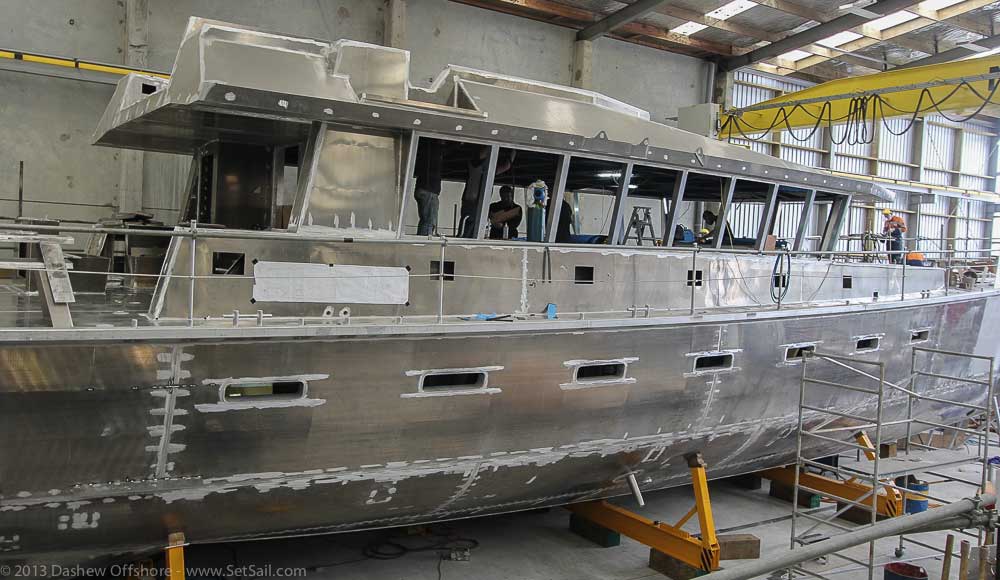 A quick update on FPB progress in New Zealand, where the Circa team have been hard at work in spite of the America’s Cup excitement..

The Matrix deck sub assembly is almost ready for a weight check. 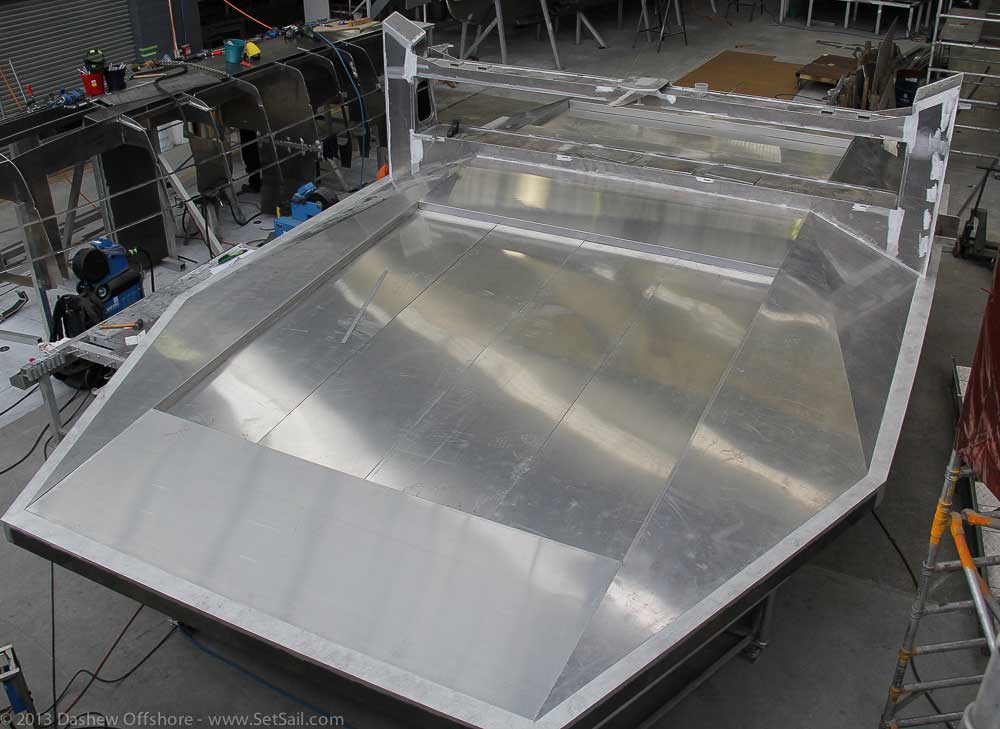 With weight being a critical issue in this roof area, Circa have elected to use very thin skins which are glued in place, aircraft style, to remove the otherwise certain distortion that would occur from welding. 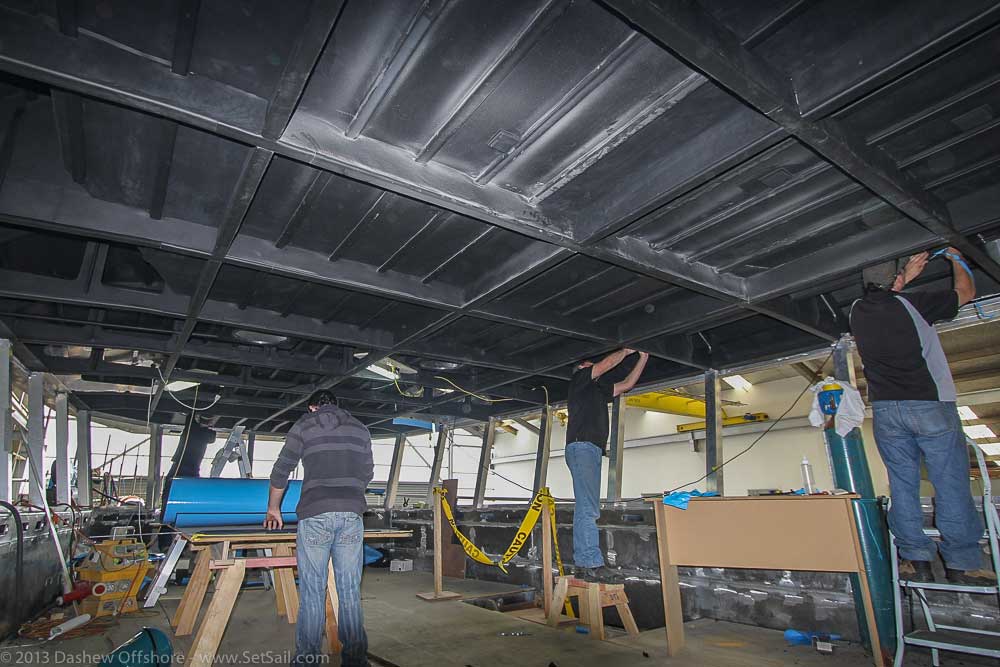 The interior is having its insulation installed. 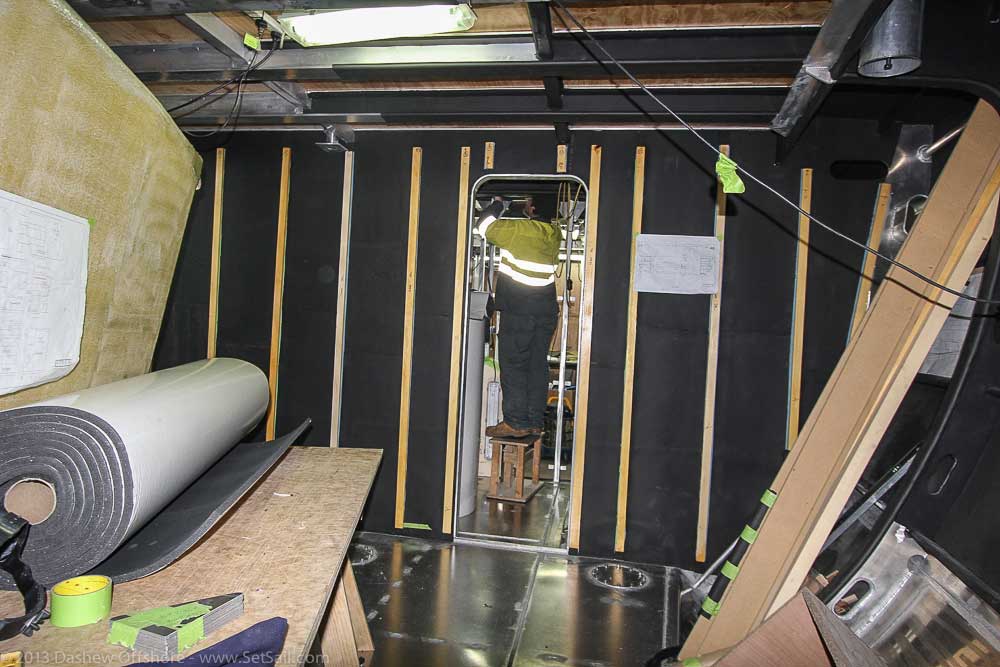 And bulkheads are going into place. Strips of a soft decoupling material will be placed on furring strips (timber) to which the plywood bulkhead will attach. This will reduce sound transmission through the bulkhead surfaces. 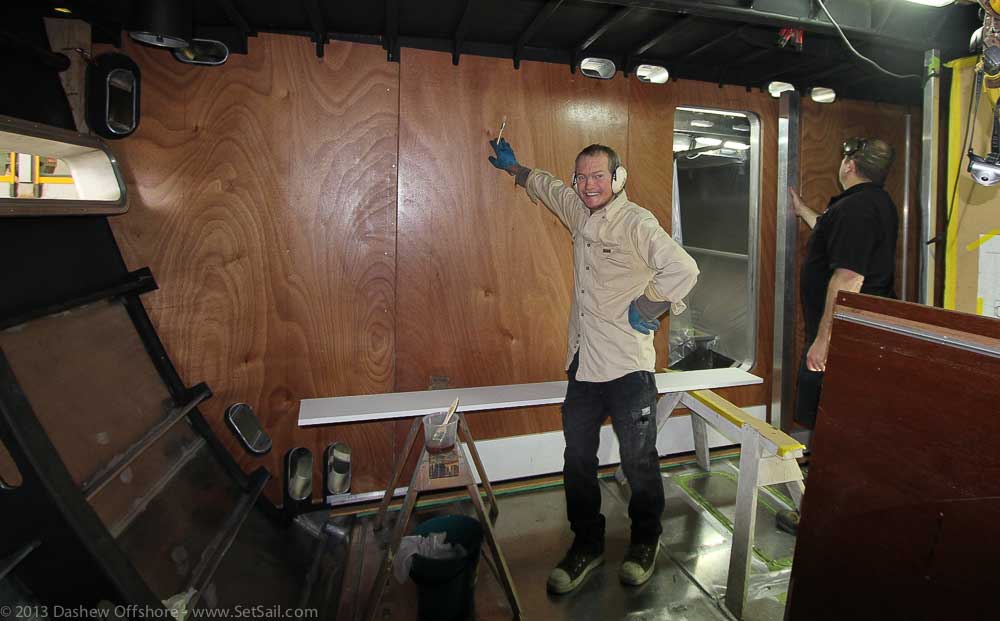 Note the slots bottom left through which wiring and plumbing will pass. 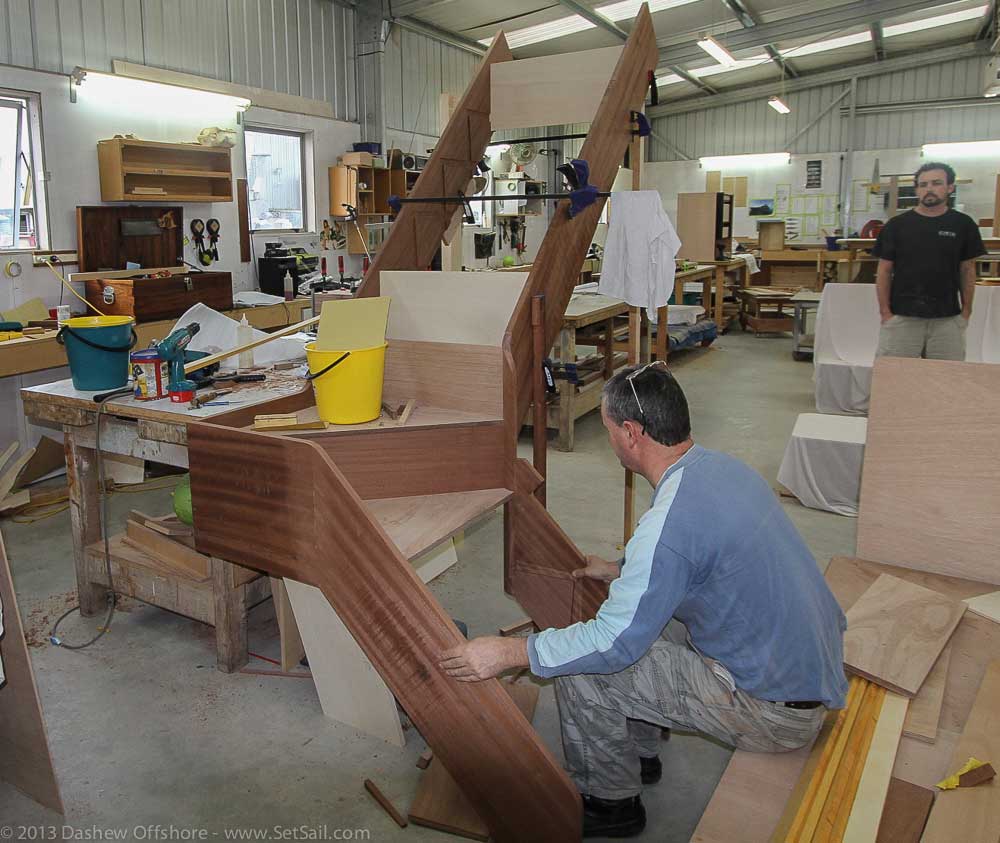 Meanwhile in the carpentry shop, the furniture building phase is nearing an end. Shown above is the framework for the stairway between decks. 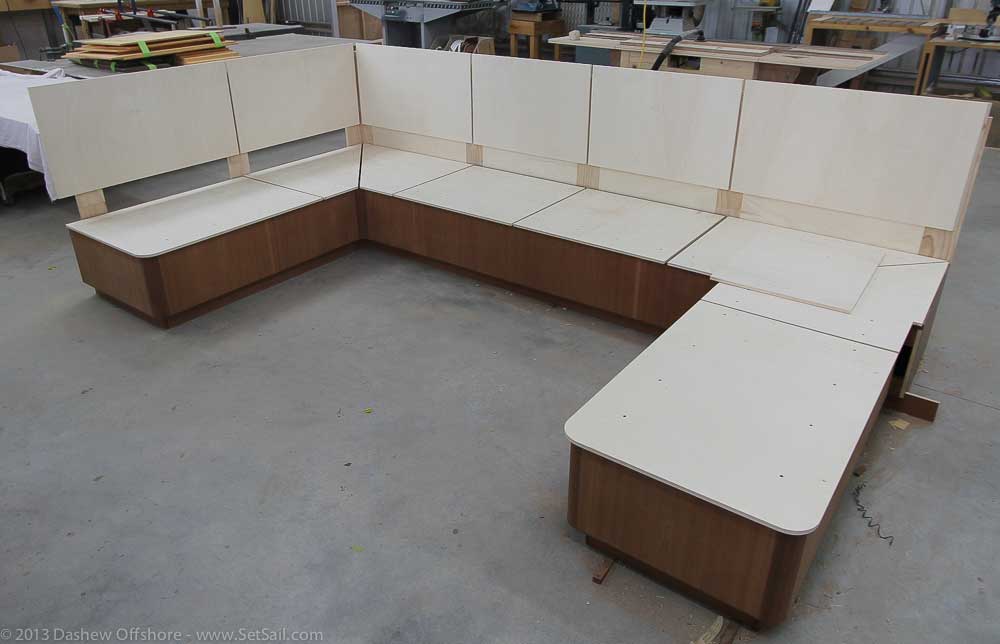 This is the dining banquette. 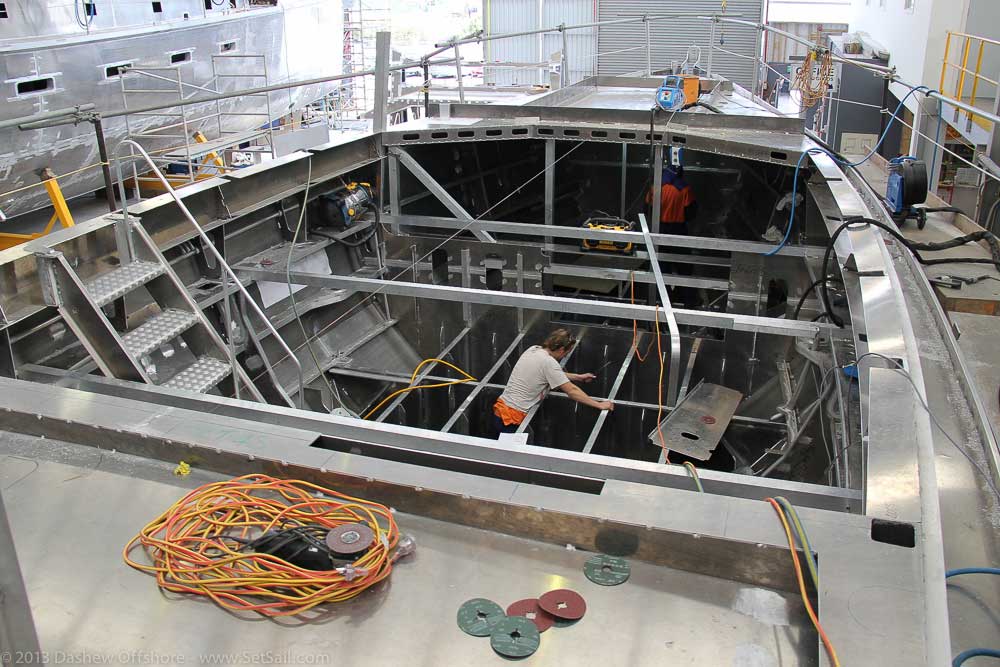 The three FPB 64s under construction are coming along nicely. The image above is of FPB 64-10. As construction on this (and the FPB 97) winds down, the crew will shift their attention to FPB 78-1. 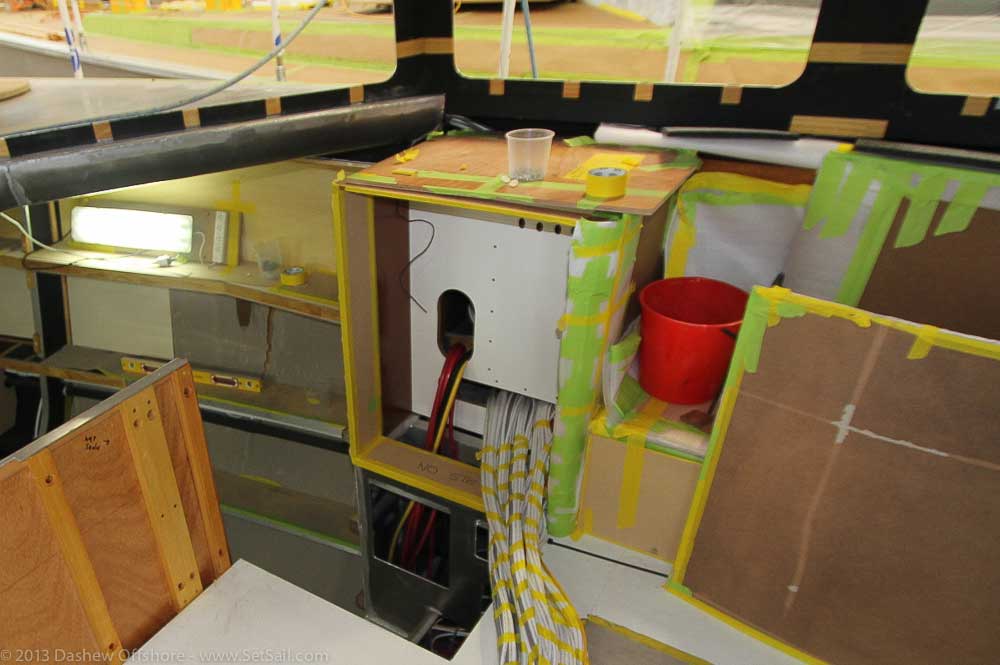 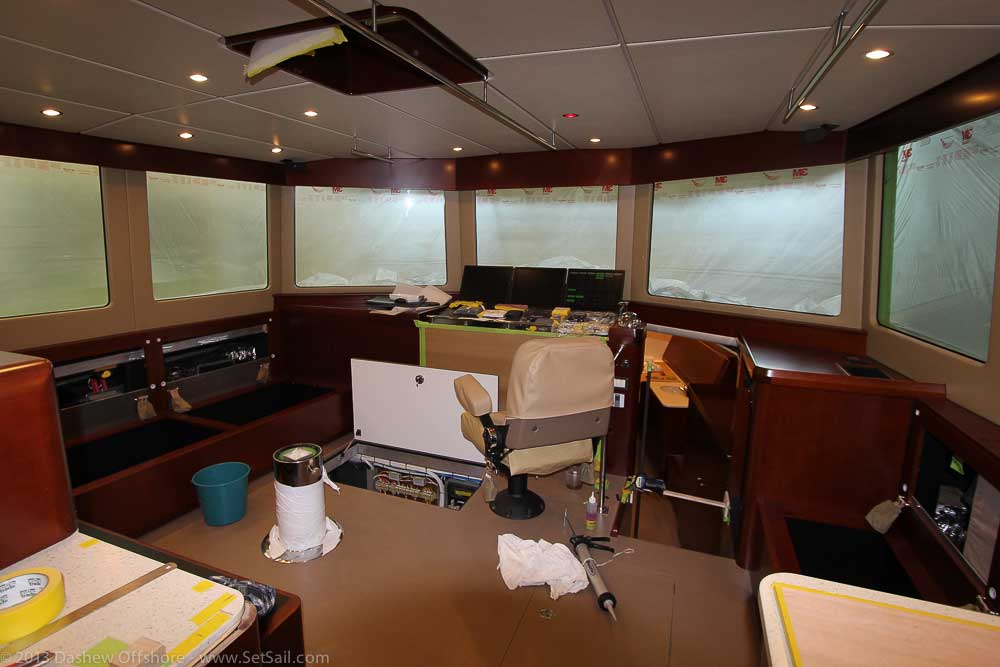 FPB 64-8 is having its protective covers removed from finished furniture. This is a sign that launch day is near.

This entry was posted on Monday, September 23rd, 2013 at 7:13 am and is filed under three, Wicked FPB 97. Both comments and pings are currently closed.