FPB Systems Log – Maintenance on a Voyage Halfway Around the World 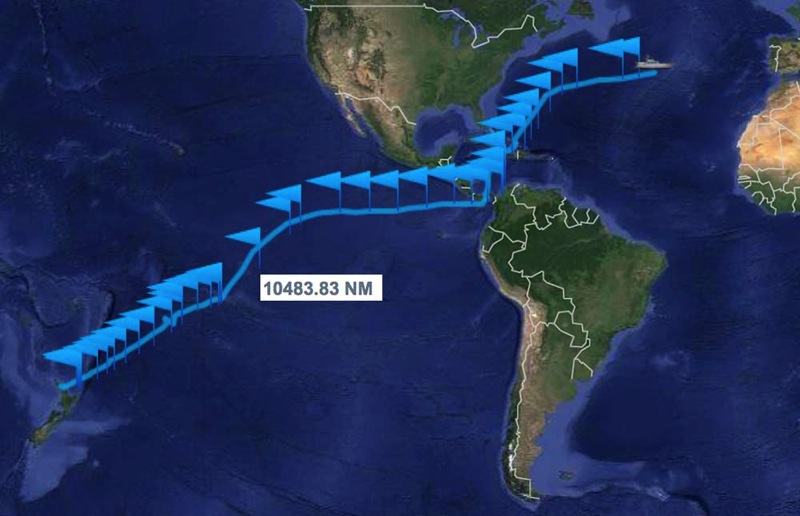 With the FPB 64 Grey Wolf covering an average of a thousand or more nautical miles per week on her voyage home, we have in effect an accelerated maintenance test to observe. Experienced cruisers and marine professionals will be surprised by the data accumulated since her departure from New Zealand the last week of March.Peter Watson had one of the apprentices aboard write up the engineering log and forward it to us via Sailmail. The data following covers the Grey Wolf Voyage from New Zealand to Tahiti, Tuomotus, Marquesas Islands, Panama, and Bermuda.

As owners and cruisers, there is nothing we hate more than maintenance brought on by poor design or equipment. Of course we have the odd problem, but in general, we do not consider the Grey Wolf experience to be exceptional. Staying ahead of maintenance, carefully checking equipment before during, and after passages, means small issues can be detected, and corrected, before they become big problems. For this approach to work you have to have easy access, and this takes valuable interior volume. And it means not hiding systems behind nice looking panels that restrict access.

When Grey Wolf is back in her home waters, the yard crew at Berthons will give her a thorough check up. It will be interesting to see what they find.

This entry was posted on Thursday, June 12th, 2014 at 8:18 am and is filed under Dashew Logs, FPB 64, FPB 64 Passages, FPB Series Notes, three. Both comments and pings are currently closed.