Let There Be Light, Skegging, & Other Wicked Subjects 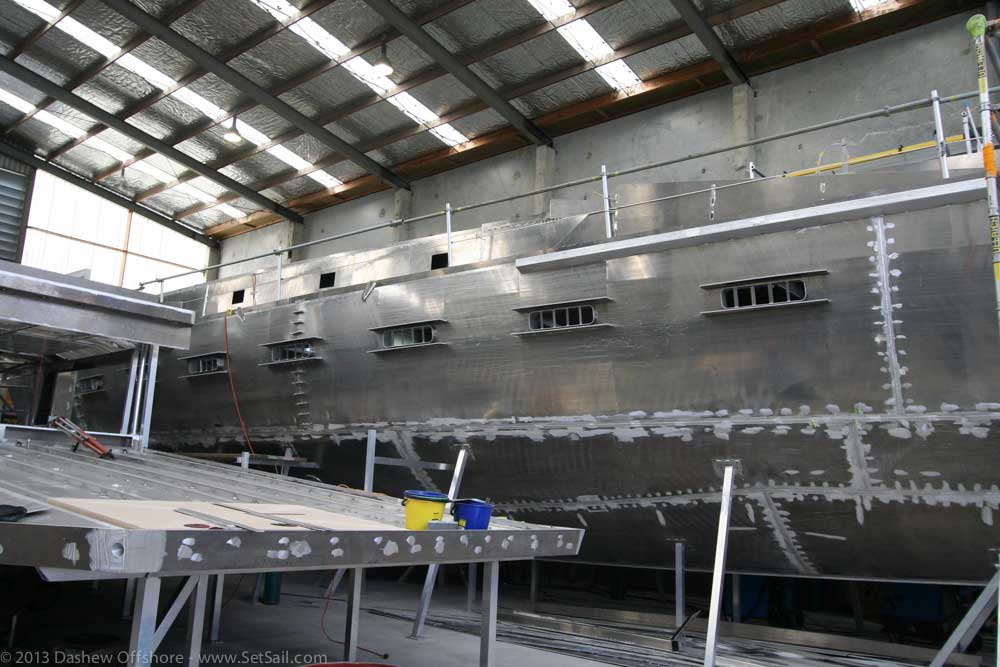 A prison ship? No, just a few bars on the hull window inserts to make sure this FPB 97 stays wickedly fair. 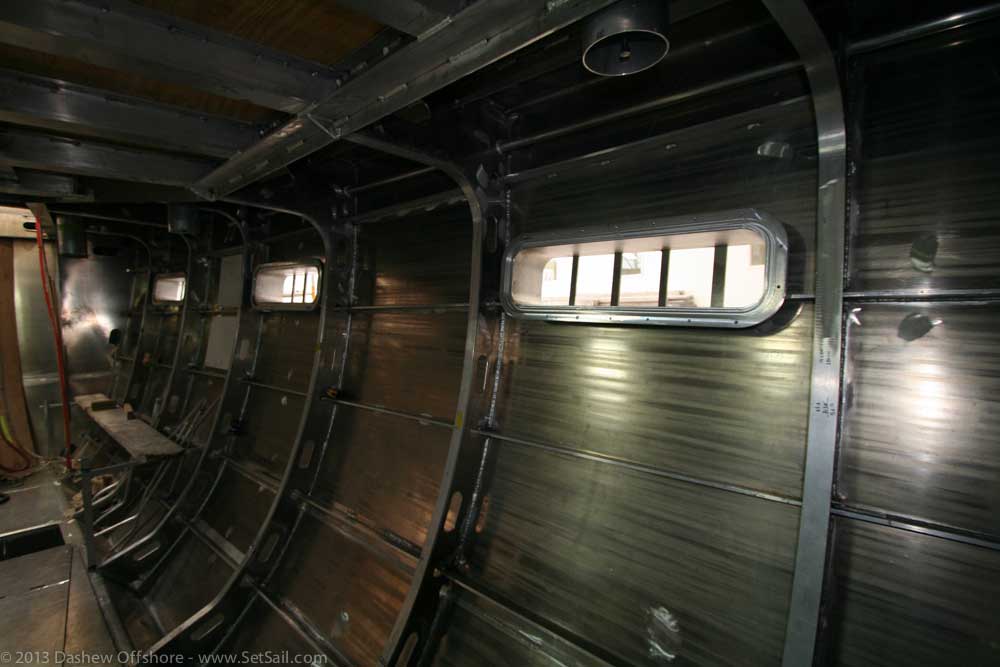 The window frames are a combination of robust engineering and simple construction, so their o-ring gaskets are easily replaced years down the road. 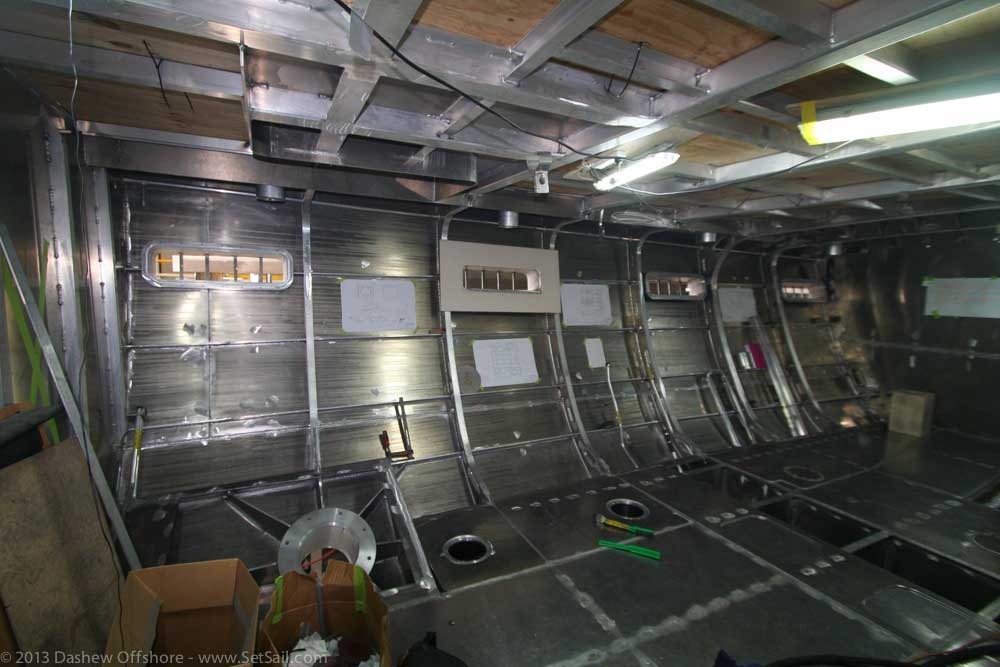 Windows in the hull are a difficult decision. Our own experience is they are usually covered, so why put them in? But having pioneered the concept 30 years ago with Intermezzo ll, we have since been unable to escape their use. 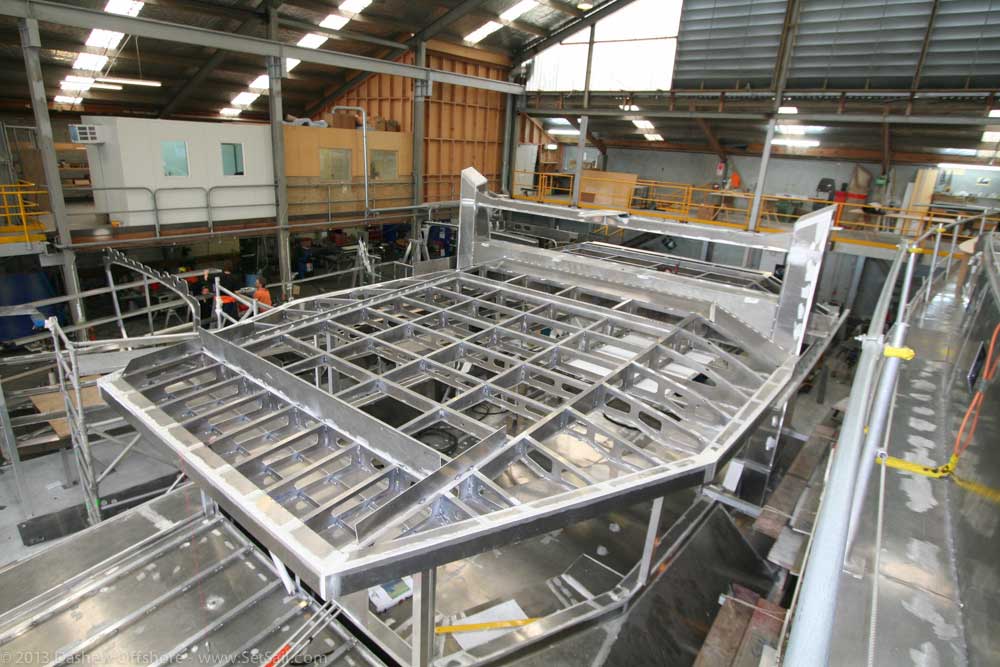 The Matrix deck and roof sub assembly are nearing completion. 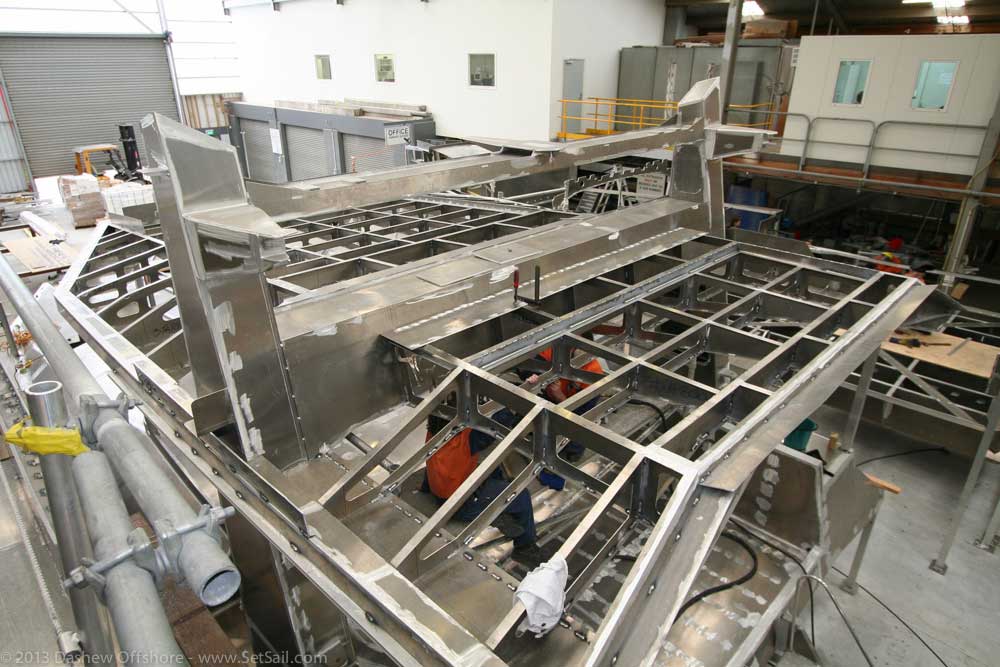 There is a great deal of light framing in this area. 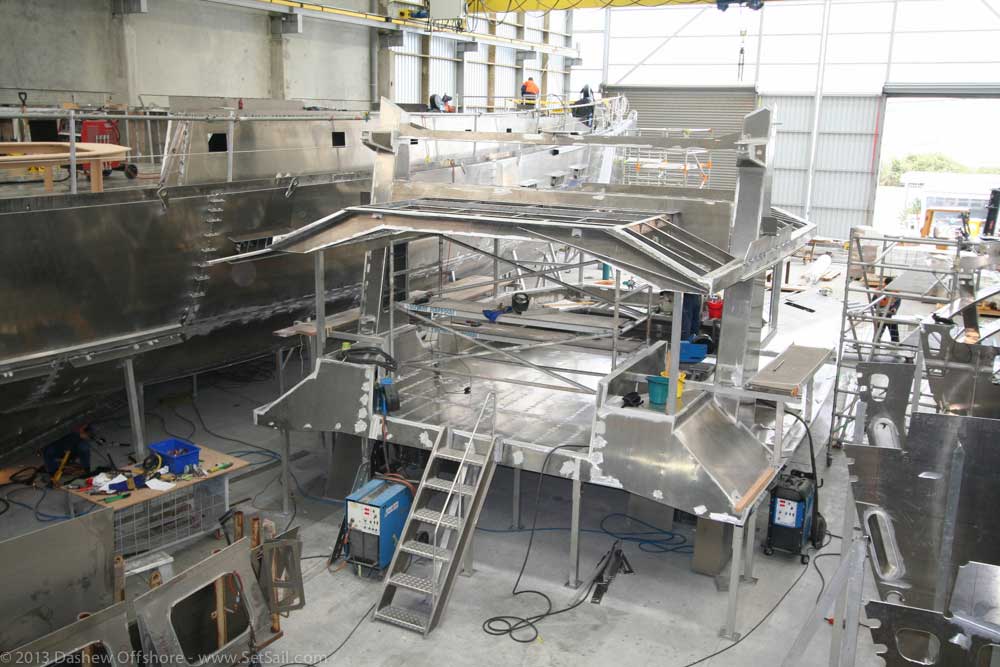 We are all looking forward to the day when upper and lower segments are married. 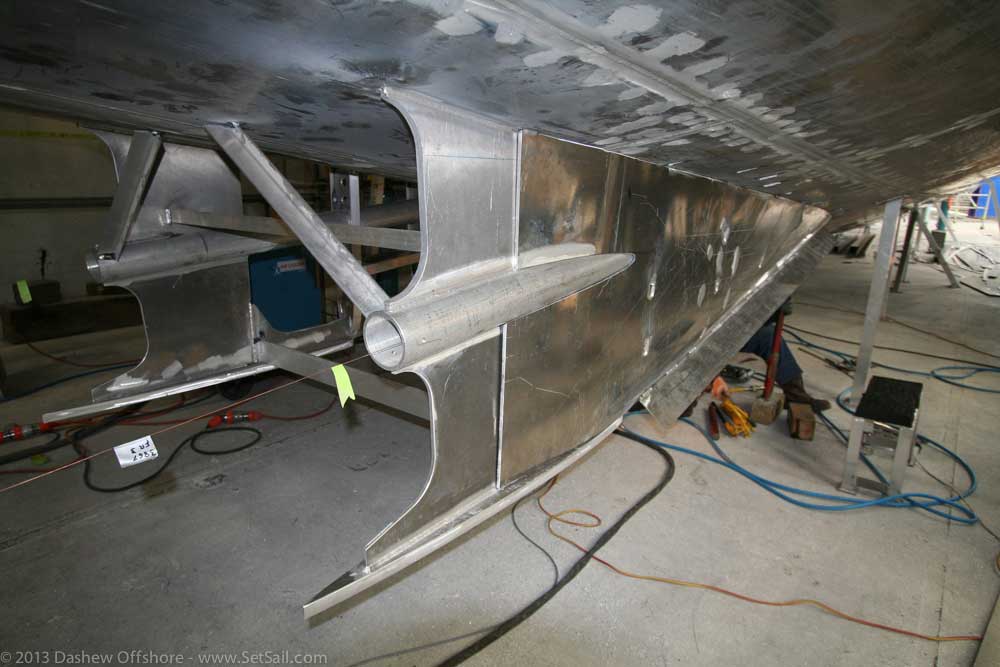 At a lower elevation, skeg construction is nearing completion. 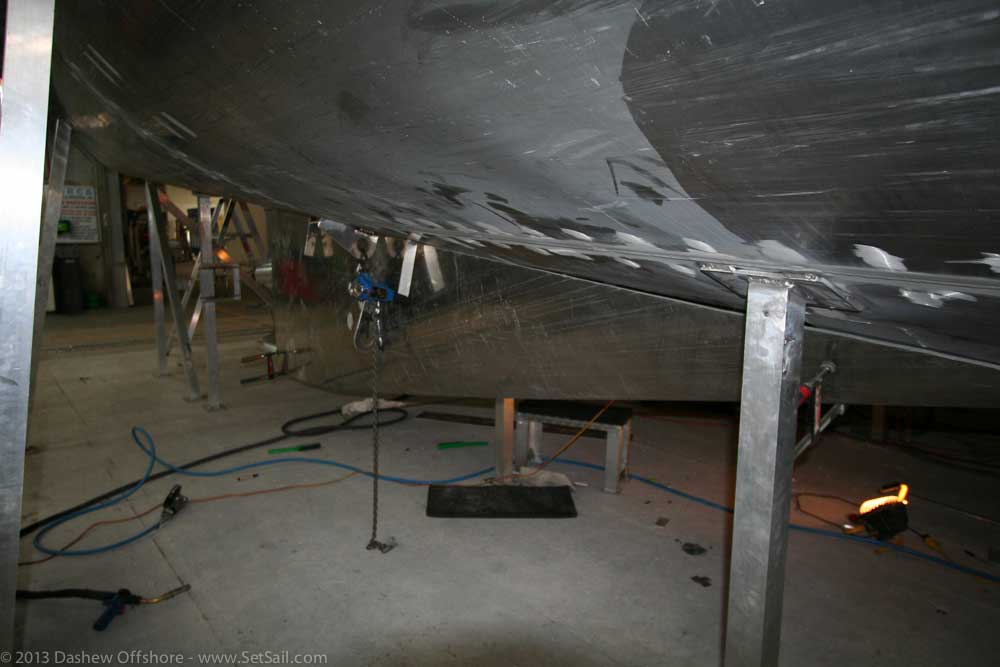 These are strong, carefully shaped, and will provide protection to props and rudders while minimizing flow disturbance into the props.

Next report we will bring you up to date on FPB 64s eight, nine, and ten.

This entry was posted on Monday, July 15th, 2013 at 12:36 am and is filed under Dashew Logs, three, Wicked FPB 97. Both comments and pings are currently closed.


14 Responses to “Let There Be Light, Skegging, & Other Wicked Subjects”