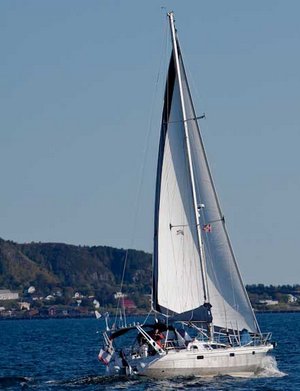 We’ve been noticing these Ovni 43s for years. The hard chine hull with its bare aluminum topsides stands out, and the fact that these boats are designed to sit on land or ice is additionally intriguing. 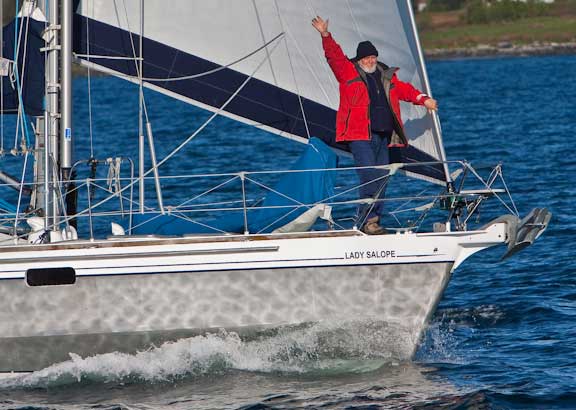 Her 74 year old owner is single handing and after we helped him work into a very tight berth, we took him back to Wind Horse for a fashionably late dinner of left overs. We were invited for a tour of his boat the next day. 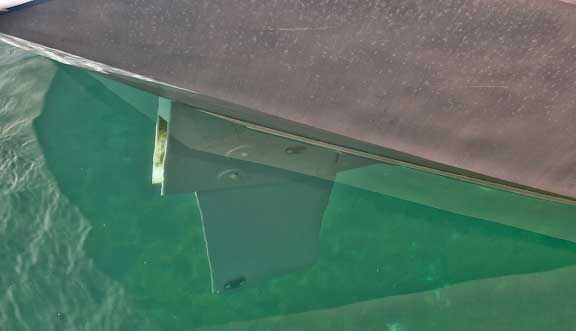 The Ovni 43s have a flat bottom, centerboard, and hinging rudder at which we are looking above. Three feet (90cm) of water and you are afloat. 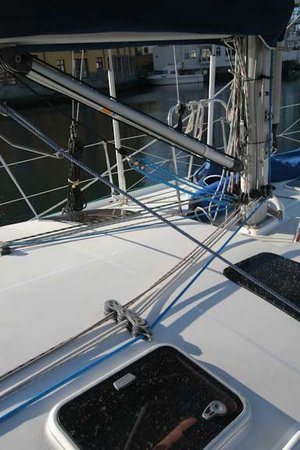 Most of her halyards and reef lines end up back in the cockpit. 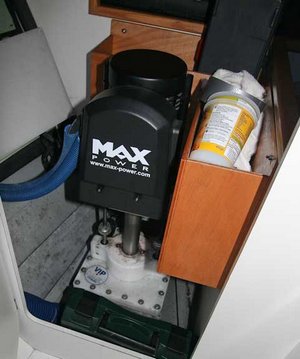 She has a Max Power retractable thruster to which the flat bottom lends itself. 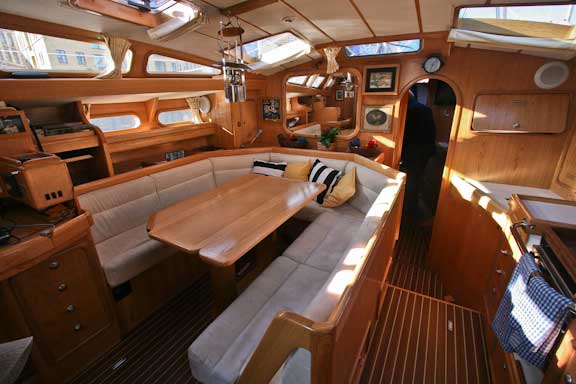 The salon is nicely designed, with the typical galley abeam of settee which has become so common.

The table leaves fold on top of the base, and are held in place with timber runners. Simple and effective. 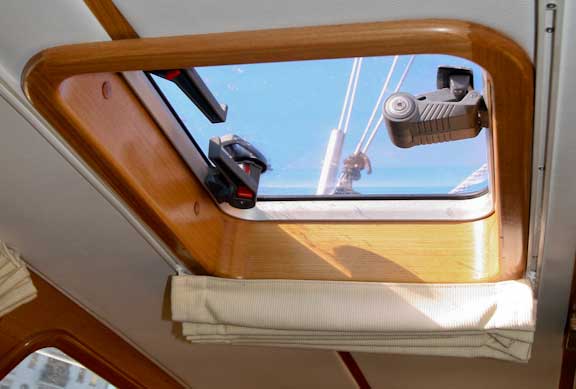 This deck hatch privacy cover is also a simple way of solving the light and privacy problem. 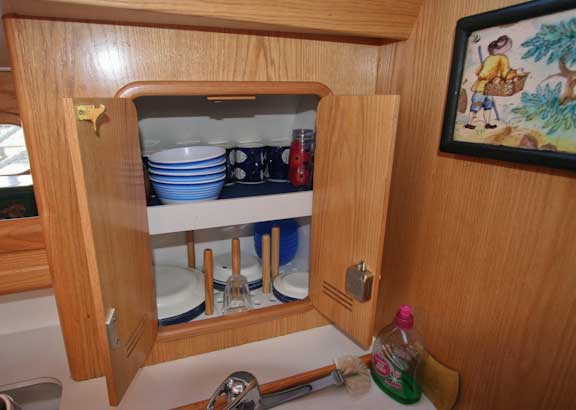 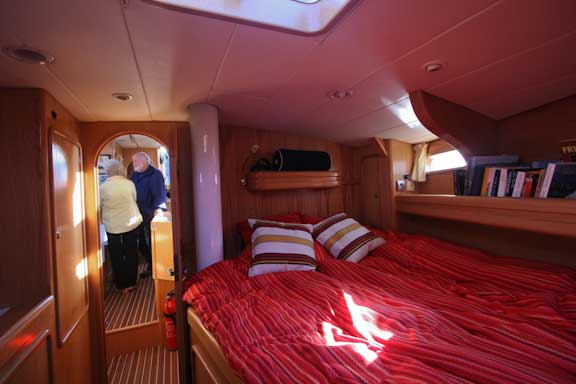 The Owner’s stateroom forward is very spacious for a 43 foot yacht. 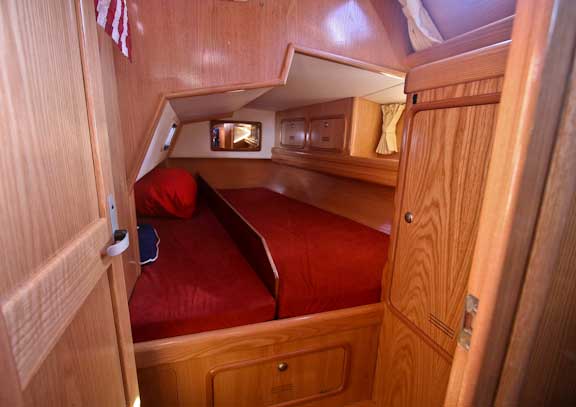 There are a pair of quarter berths aft. The starboard side is for storage and shares its space with a 5kW diesel genset. The port side (above) is used at sea.

Robust aluminum construction, extreme shallow draft, and the ability to dry out makes the Ovni 43 an interesting concept.

This entry was posted on Saturday, March 6th, 2010 at 2:00 am and is filed under Dashew Logs. Both comments and pings are currently closed.