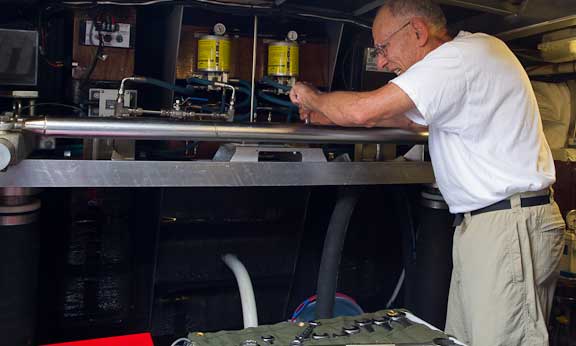 In pre FPB days it would take us two or three days of work to check the sails, rig, rigging, engine, and systems. With Wind Horse this is down to half a day. We started in the engine room yesterday, got interrupted, and finished this morning.

Shown above is the first step, checking all of the bolts associated with the steering system. The grimace is a part of a loud “arghhh”, a necessary aspect of tightening – or checking – these connections. The bolts include:

All of the bolts were tight, except one of the four on the port cylinder base which took half a turn. 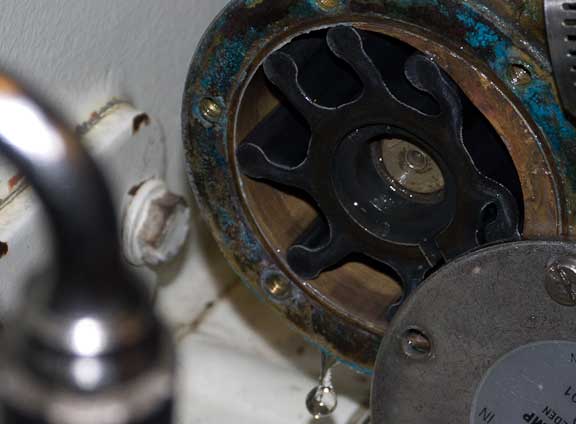 Next the salt water pump impellers are checked. They are both fine. 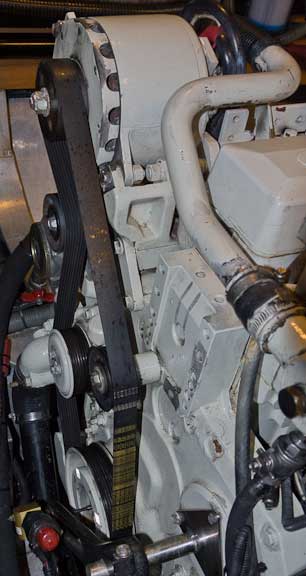 Then the alternator belts, idler pulleys, tensioners, and alternator mounting bolt. All OK. 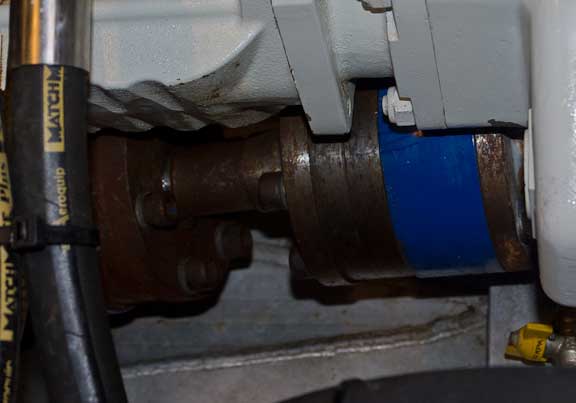 The final item with tools are the CV axle bolts.

The rest involves getting the deck and emergency gear ready which we will cover in another blog.

This entry was posted on Tuesday, November 16th, 2010 at 12:01 am and is filed under Dashew Logs. Both comments and pings are currently closed.