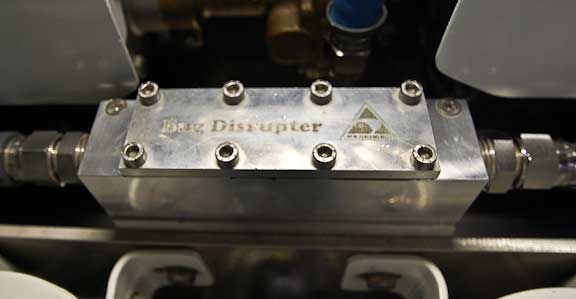 All diesel fuel carries the ingredients for a nice bloom of algae. This yucky goop can clog filters, and if it works its way into the fuel injection pump, do serious damage. Over the years we have seen lots of cruising yachts with algae problems. But so far, we have avoided this fate.

Algae requires two important items to bloom, water and heat. The heat comes from the excess fuel which the diesel injector pump returns to the tank (it is warmed running through the engine). The moisture is a byproduct of the temperature differential between the tank surfaces and ambient air.

Here are the system and maintenance items that have to date kept us clean:

This entry was posted on Wednesday, February 3rd, 2010 at 2:00 am and is filed under Dashew Logs. Both comments and pings are currently closed.