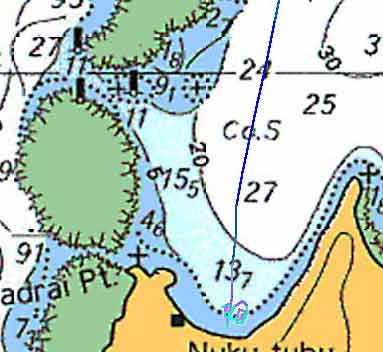 At anchor, when waves are more or less on the beam, all boats begin to roll, while comfort rapidly deteriorates.

Unfortunately, this condition applies to anchorages in the Caribbean, all of the Pacific side of Baja California, most of the Marquesas, and a number of anchorages in Fiji. Among these is Wakaya Island, where we are presently anchored.

Wakaya is typical of the type of anchorage that generates an uncomfortable roll. The lagoon stretches out to the southeast, providing plenty of fetch in which waves can build. You anchor tucked in behind the headland shown above. The waves wrap right around that headland and into the anchorage. The prevailing wind comes over the hills and tends to hold you abeam of the waves. 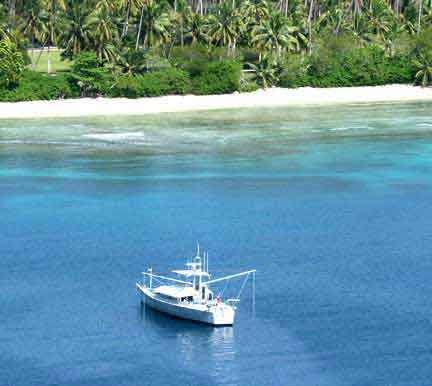 This is a private island, and landing is not allowed without permission. But it is also an exquisite, quiet spot, the type in which we like to hang out. It helps that we know the folks ashore. But without a system to control roll, the anchorage would be untenable (most of the cruisers who stop here leave within a few hours because of the rolling). In the photo above, the we are momentarily lined up with the chop. 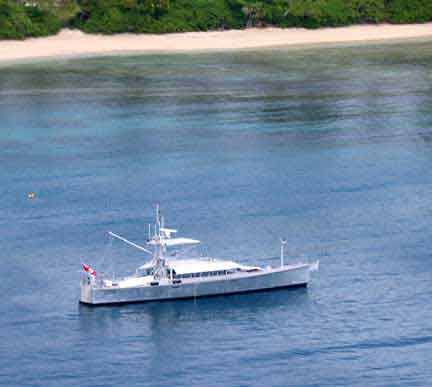 But most of the time the breeze holds the boat beam-on the waves.

Years ago, we started using a cast iron frame “flopper stopper” hung from our spinnaker pole. This frame has a rectangular piece of plastic between the two sides. The plastic is cut corner to corner, on the diagonal. As the boat rolls, the flopper stopper drops into the water, and the plastic opens upward. 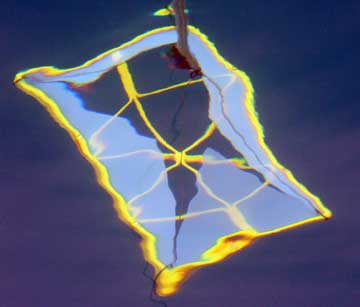 The photo above is distorted by the water, but will give you an idea of how this works. 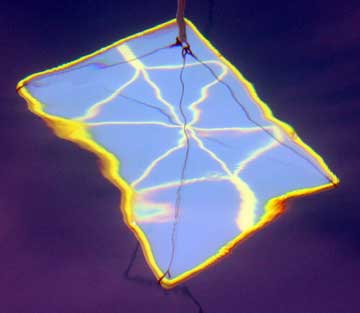 When the boat rolls the other direction, the plastic “valves” close against the frame. This provides significant resistance on the end of our booms, 25 feet (7.8m) off center. 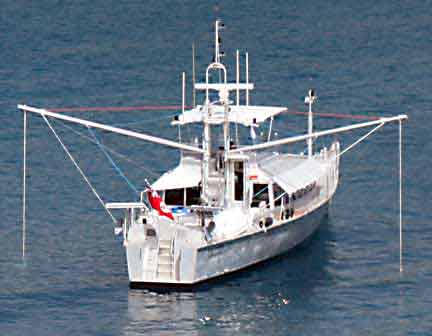 If the roll comes from the odd wake, we’ll just use one of the two poles. But in a rolly anchorage, we use both booms. 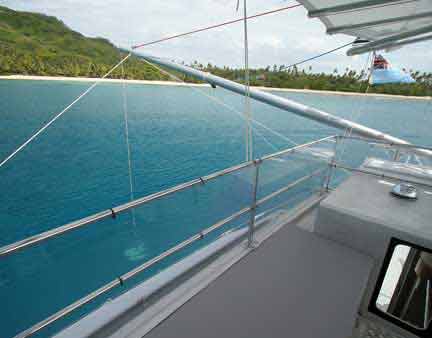 As the poles are already rigged, all we need to do to deploy one or both flopper stoppers is tie it to the pre-rigged pennant on the end of the boom, and toss it overboard. The poles themselves are easy to adjust as they have fore and after guys which lead through rope clutches. They are easily pulled into position by hand. Setting or retrieving one of these poles and its attendant flopper stopper takes less than two minutes. 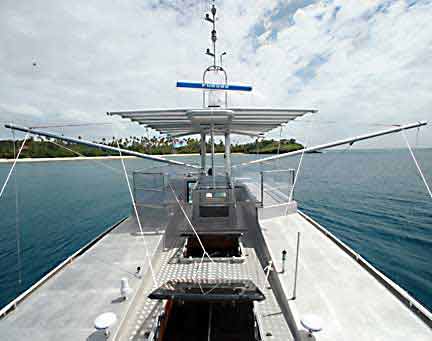 When you combine two poles and flopper stoppers with the soft motion of this boat, we can comfortably handle quite a bit of cross chop at anchor.

Note: This subject is covered in detail in our book Practical Seamanship.

This entry was posted on Tuesday, October 18th, 2011 at 1:52 pm and is filed under Dashew Offshore, FPB 83. Both comments and pings are currently closed.