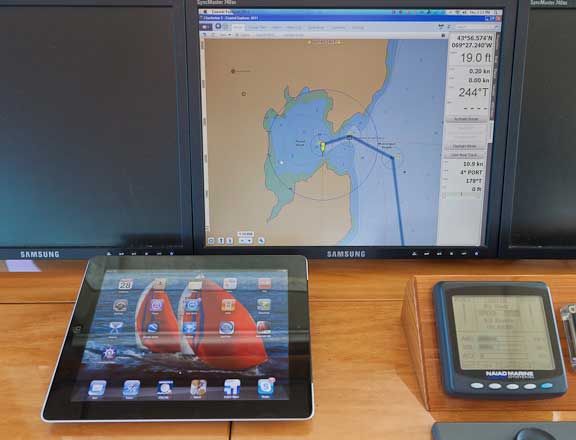 We are about to inform you about a modern miracle. There is an IPad app called Splashtop, which claimed to allow remote control of a computer from the IPad. We were dubious but figured it was worth a try. 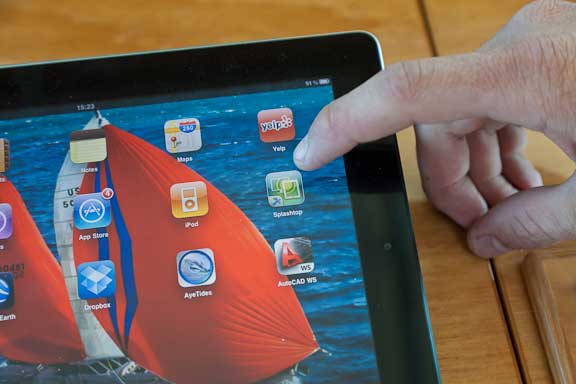 The installation was simple, and under the guidance of Chris Martin we soon had Splashtop installed on the IPad and Mac Mini which serves as our nav computer these days.

To start Splashtop tap the icon. 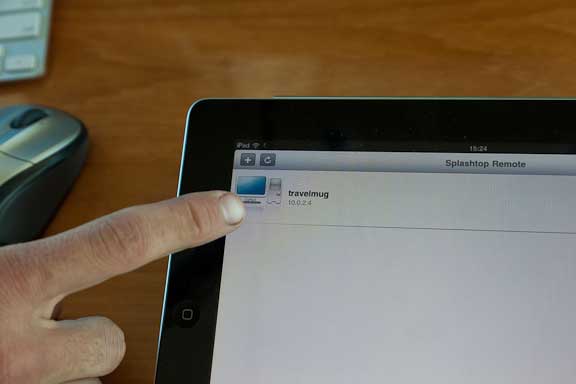 Which brings up another icon that is tapped. 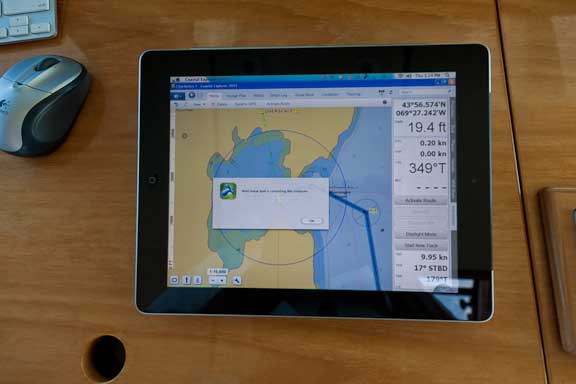 And voila, a screen says that the IPad is in control of the other computer. 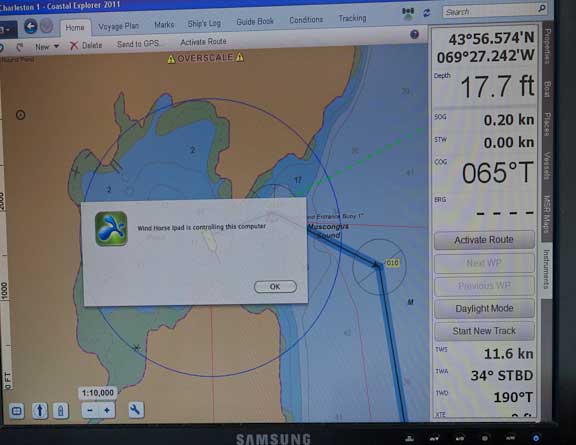 Rather than use, a mouse finger commands rule. To zoom in use two fingers and drag down. Zooming out is dragging up. Panning uses tap and drag. To select an item tap and hold your finger down and the menu pops up. 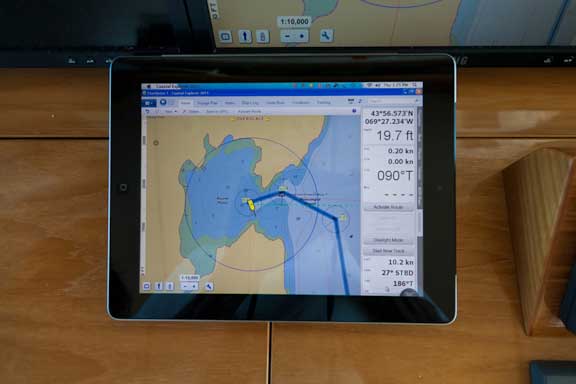 We now have a duplicate display of the desk top computer, with all of its data, at the flying bridge.

The install was fairly simple. WIth the Apple operating system both IPad and desk computer have to be on the same wifi network (turn on Internet sharing on the control panel). Connecting to a PC requires a different common connection – we think this is called an ad hoc network – and might require some tech knowhow.

Maine is an excellent place in which to test this and we’ll advise how it turns out.

This entry was posted on Saturday, July 30th, 2011 at 12:01 am and is filed under Dashew Logs. Both comments and pings are currently closed.