Steering Clear of Trouble – Tradeoffs in Rudder and Skeg Design 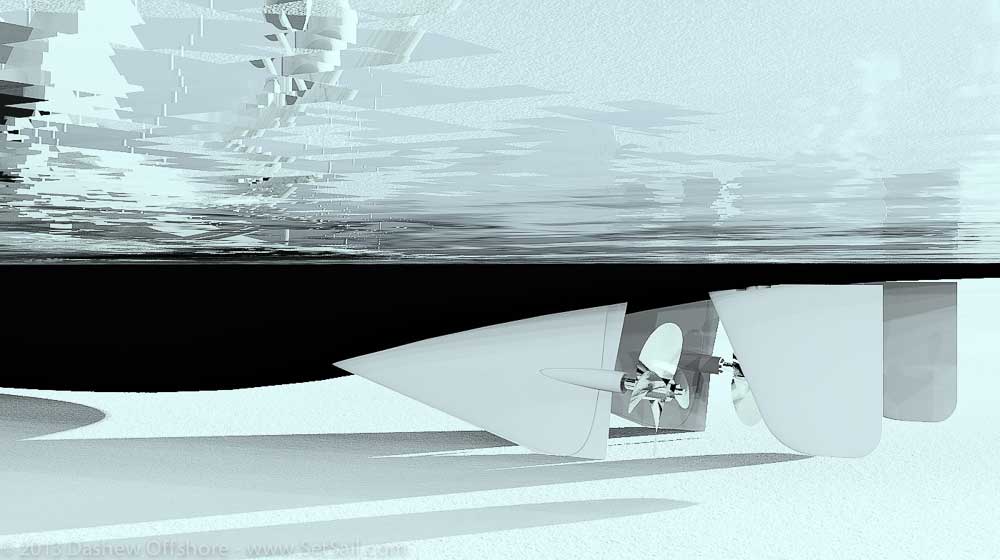 The absolute number one priority should be control in heavy weather, followed by maneuverability in port (this without resorting to thrusters). Then comes tolerance for operator error and bad luck.

All of the above is directly related to draft, and to the propensity of the fins protruding below the canoe body to interact with nets, floating line, ice, and other forms of debris. Many yachts are fitting with a beam between the keel or skeg and rudder to reduce entanglement risks. However, we avoid this practice, as when the inevitable grounding occurs, deflectors between keel and rudder tend to be bent upward, resulting in a jammed rudder, or worse.

We use a combination of skeg leading edge angle, and rudder toe round to shed debris. Having rolled many logs under the hull of Wind Horse, pushed through ice, and spent several cruising seasons co-habitating with millions of lobster pots, we can attest to the fact that the system does work.

Although we want the skeg and rudder to have as small a cross section as practical to reduce interference with water flow to the prop, these have to be strong enough to take abuse. And then hopefully – no guarantees here – be so constructed so that the foil bottom deforms and unloads before damaging the rudder shaft or skeg structure above the tip crumble zone. Over the years, there has been a fair amount of real world testing of these principles, and so far we are doing OK. 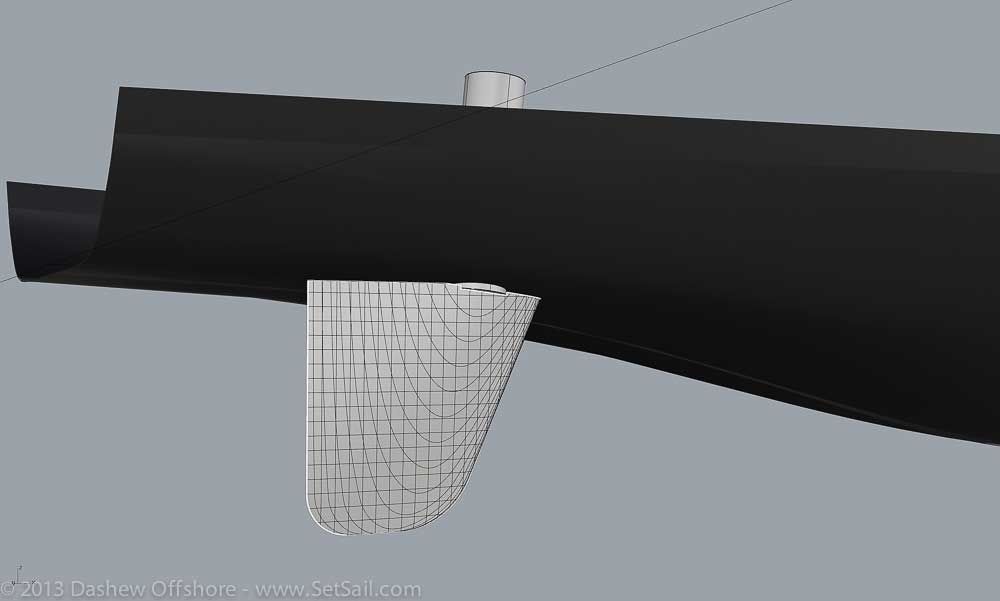 The rudder shape is a derivative of a foil we developed in the 1980s for our Sundeer designs. 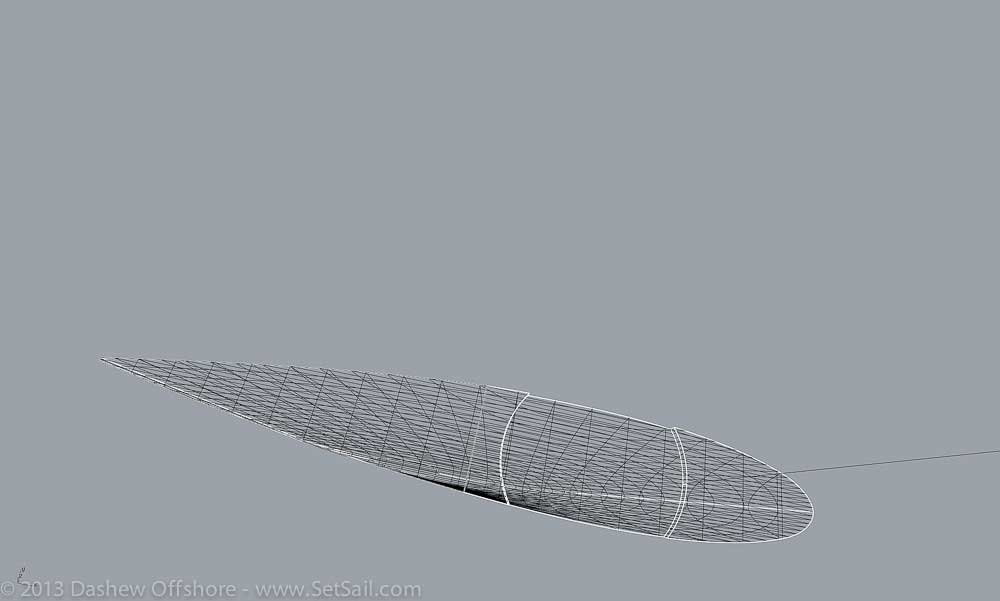 It has excellent drag characteristics, and a cross section that allows an over-sized rudder shaft, without making the rudder foil too fat.

All of the preceding has a major impact on prop efficiency. Even the rudder, which is behind the prop, affects what is happening upstream; hence our somewhat obsessive attitude toward these details. 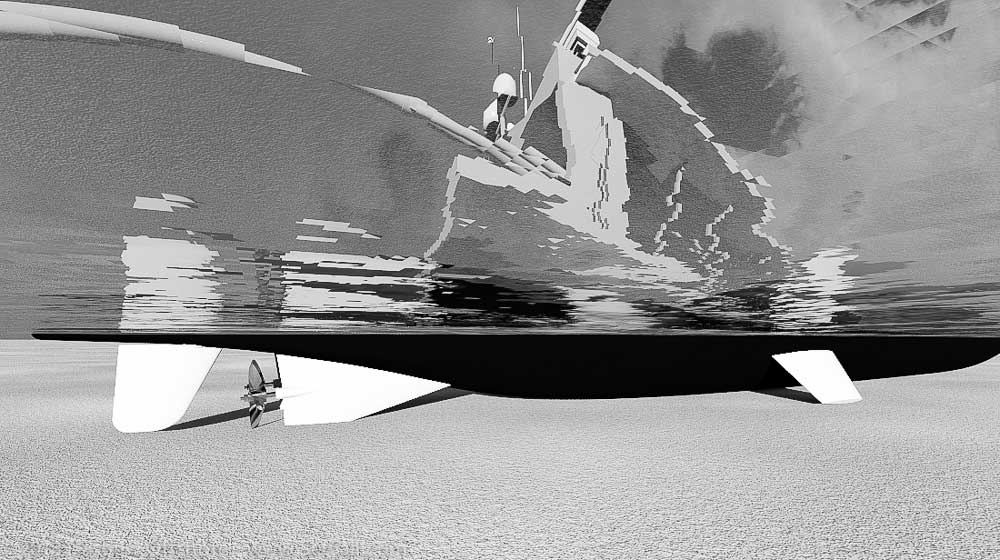 A final comment on drying out on a tidal river or beach. There are several schools of thought on how to design fins for this process. The approach we are using with the FPB 78 is one example. The canoe body has a grounding flat down the centerline for drying out. The intention is for this to help support the hull. The center of gravity is well forward of the aft end of the flat, so assuming a firm bottom support of the hull, there is little tendency for the hull to rock aft. Where the bottom slope is even, the skegs will dip below the surface as shown above. The rudder would normally be just above the surface. There is a synergism between the thin foils we want for efficiency and the bottom as shown here. The thinner the foil, the more easily it penetrates the bottom and unloads itself.

This entry was posted on Friday, November 15th, 2013 at 5:38 am and is filed under Dashew Logs, FPB 78, three. Both comments and pings are currently closed.