The Next FPB – A Breath Of Fresh Air 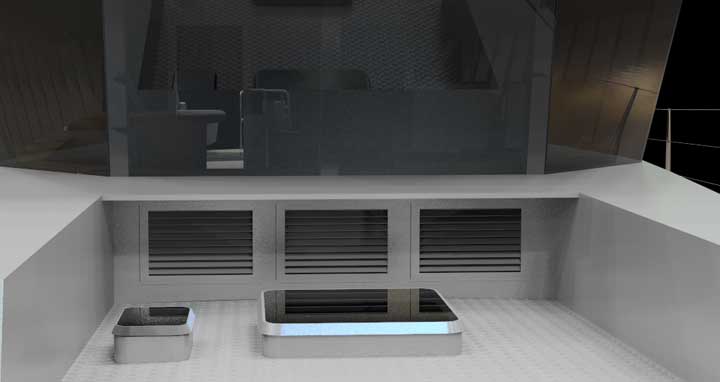 When you start to consider powerboat (stinkpot) systems, virtually every decision revolves around air conditioning. Air conditioning holds you hostage. High heat loads from large windows and poor-to-nonexistent shading, coupled with a lack of ventilation, force you to fit large compressors, which means a big genset. Since you cannot do without the genset, you need a second, both of which are too big to just run air conditioning at night, so a small night generator is needed.  All other systems decisions flow from this conundrum.

But what if you had good ventilation, even when there was no breeze, and then coupled this with minimized heat loads?

The  photo above gives a hint of the integrated ventilation system that will come with the new FPB. It works in rain, and when it is calm, with minimal power drain.

Those water shedding vents between the pickle forks receive an accelerated volume of air thanks to the shape of the bow, the coamings, house and overhangs.

The plate that overhangs contributes to this acceleration. It also acts as a seat bottom, and when hinged down provides a storm cover. 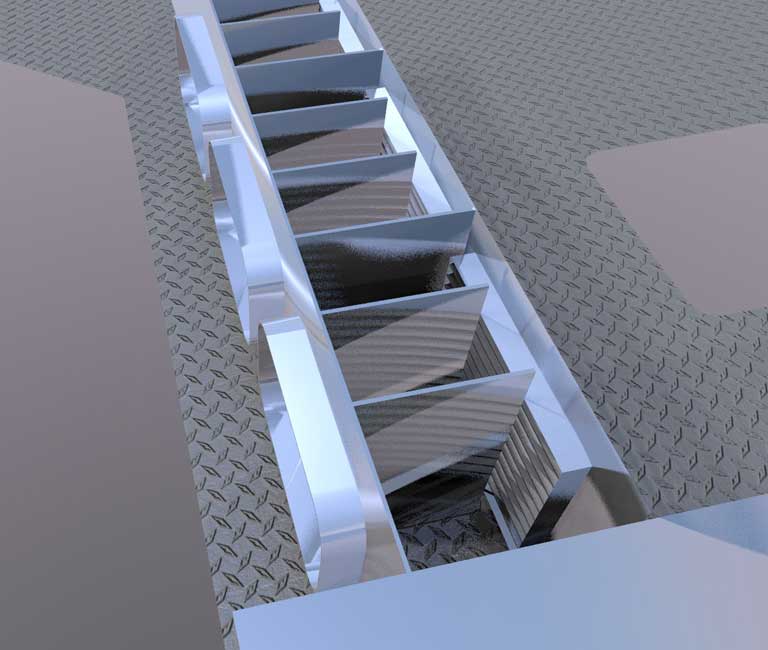 This feeds through a giant dorade box, spanning the full three meters (10 feet) between the coamings. The combination of water shedding grills and dorade trap means there is minimal risk of water ingress into the interior. And there is a hinged closure lid to seal the grill at sea.  This system will deliver more air flow to the great room than three of the giant Bomar 160 hatches we normally use, and it will do it in a downpour to boot.

And what of the staterooms? This gets even more interesting.

You are looking here at a section through the coamings on which the great room structure resides. There are a series of dorade boxes integrated into the structure. Each has our standard downpipe detail of a closure plate to adjust air flow and seal the pipe in extreme conditions. Notice the box alongside. 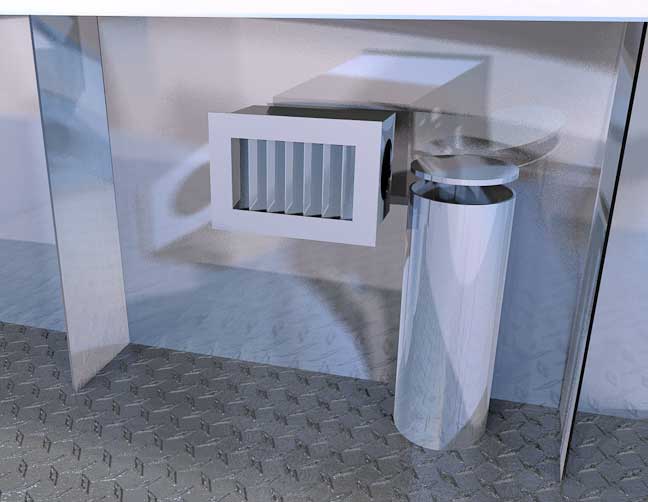 This box has a water shedding grill and a highly efficient, nearly silent MSR muffin fan. The fan is rated at 100 CFM (no flow restriction), with a power consumption of .18 amps at 24 VDC. Sound rating is 38dB.

Think of this in the context of a typical stateroom with attached head compartment. 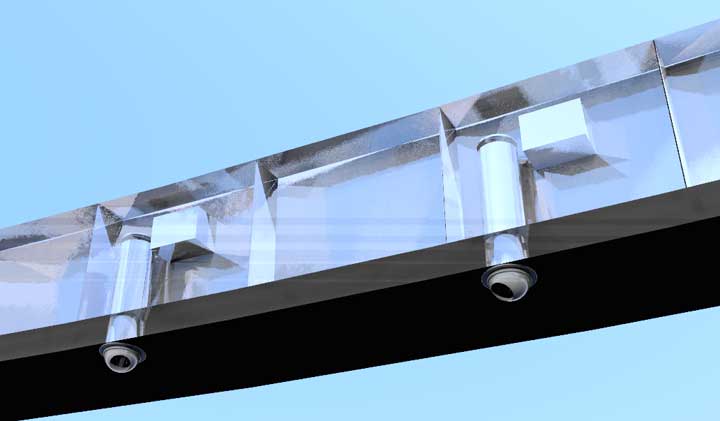 One of these units draws out of the head and a second blows into the stateroom, aimed at your head and shoulders, providing a gentle, silent caress. As for net friction, we are guessing 150 combined CFM sounds in the ballpark, sufficient for eight to ten air changes per hour. You can run the two of these units half a day for a 103 watts. Even if you had half a dozen of them going 24 hours a day the power consumed, as a percentage of the total, would be insignificant.

There are two other factors that will significantly reduce heat load below. The structural system provides an air gap of 150mm/6″ between the insulated hull and interior hull and head liners. The air pocket so formed makes a wonderful thermal barrier. 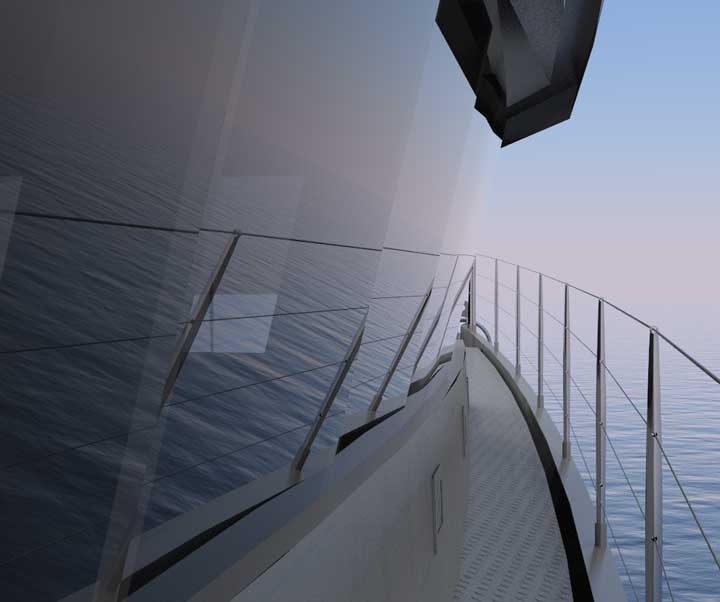 The great room windows are slanted outward, and between their angle and the additional overhang, we have what are in effect built-in awnings. Not enough for your climate late in the day? A simple short, vertical awning from the overhang to the rail takes care of that.

This new FPB will benefit in a number of ways from what we’ve been discussing. First, the need for air conditioning will be substantially reduced. Next, when you do want air, much smaller compressors will do the job with lower power requirements. In many situations we expect the solar panels will provide sufficient power to run stateroom air conditioners during the evening with minimal impact on battery capacity.

There are many other components to this approach which we shall detail shortly.

This entry was posted on Saturday, January 28th, 2012 at 12:42 am and is filed under Dashew Logs, FPB Series Notes, Wicked FPB 97. Both comments and pings are currently closed.