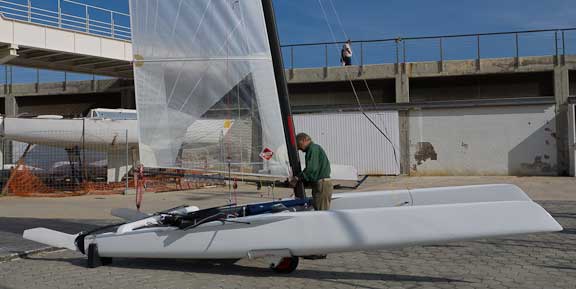 We were walking back to Wind Horse a few days ago and stopped to chat with the owner of this very cool looking A-class cat. 85kg all up, simple rigging, major buzz for the buck. Given the recent noise in the yachting press about the new axe bows and wave piercing designs, this got us to thinking. 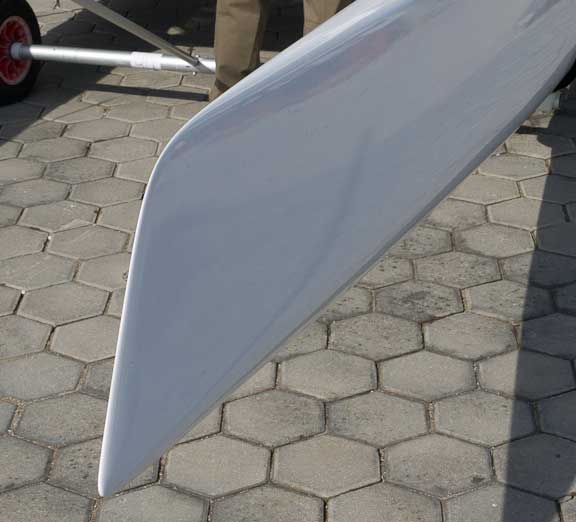 First some logic. There is obviously no reserve buoyancy in this cat’s bows. She is designed to develop all her required support on her sailing waterline. Getting rid of the reserve allows the bow to penetrate the wave with less resistance. 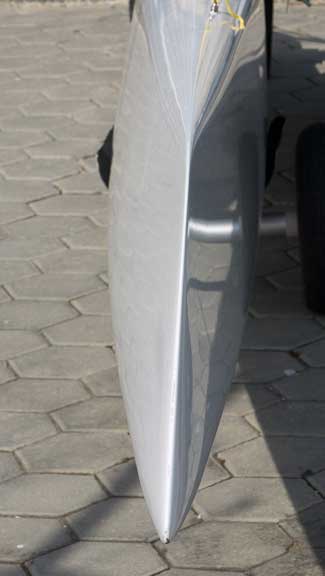 The big ocean racing trimarans have been going this design route for years. But when you are sailing in really big seas, there comes a time when you may want a bit more than we have here. There are also issues with anchoring, attaching bridles for headsails, and connecting trampolines to be considered. 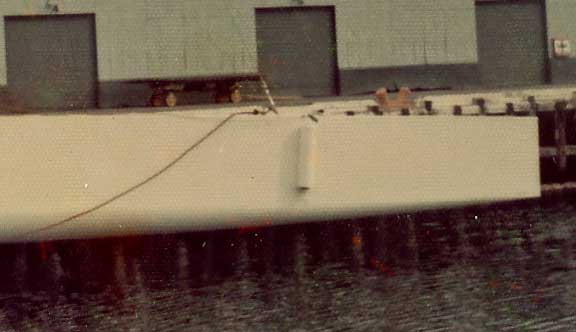 Lest you think these or the axe bows are something new we offer the next three photos of our Beowulf Vl. 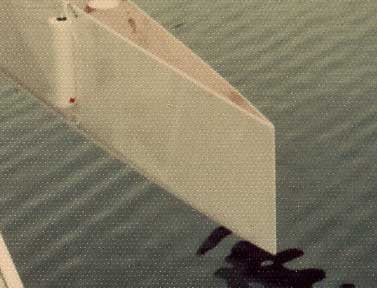 She has no flare to her bows, just vertical topsides.

And a previously shown photo of us on the way too Ensenada. Note how even the leeward bow is clear. Her reserve, as it were, is at the waterline.

In a monohull context the FPBs are designed to work similarly. The very long waterlines relative to displacement allow us to use a much finer bow than would otherwise be the case. We do have some flare as we need deck space for anchoring gear, and to lift the bow in really big seas. But the flare, and resulting reserve, is minimal.

The same is true of our sailing designs, although they are not as fine forward as the FPBs. But compared to other cruising yachts they are very knifelike. In general the ingredients which make this possible are:

These bows were common at the turn of the 19th century in warships and some commercial vessels. They were used in the extreme clippers of the 1850s and 60s. It was a good idea then, in 1974 with Beowulf Vl, and today.

This entry was posted on Sunday, September 26th, 2010 at 2:01 am and is filed under Dashew Logs. Both comments and pings are currently closed.