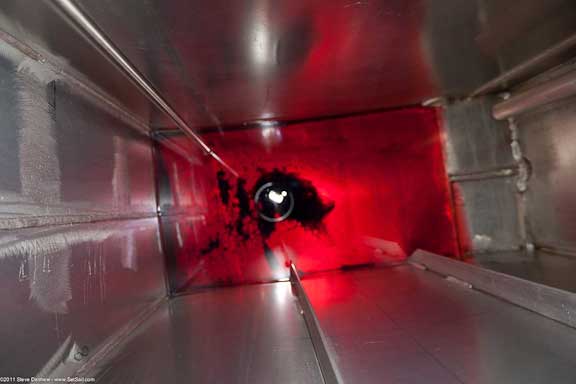 Corey McMahon and cohorts have been working on “the list” and this afternoon’s feature was an inspection of the diesel tanks. After 5700 hours of engine time over 6.5 years, and more than 40,000 US gallons (170,000 L) of diesel, sourced all over the world, we were more than a little curious as to what we would find.

The photos above and below are of the forward center (1000 gallons/3850 liters) fuel tank. 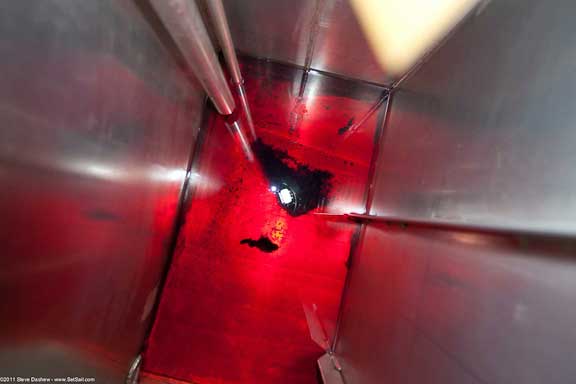 The lead photo is the starboard side, the port is above.

Several things are obvious. First, the walls of the tank are totally clean, not a sign of bacteria. Second, there is minimal debris in the bottom. 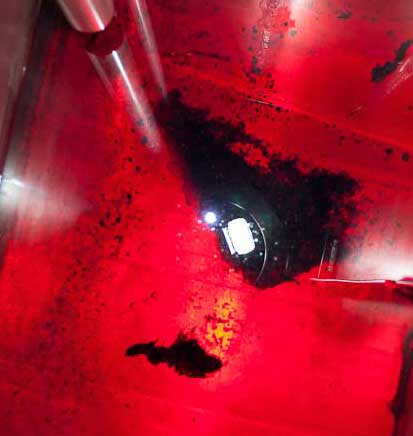 A close up of the tank sump.  There is perhaps a cupful of junk, a little tar, and no water. If we were giving grades for best kept tanks, this would get an A+.

You might be wondering the features which lead to such a felicitous outcome. Some of these are:

Tomorrow we shall stir the debris up with a Scotchrbite pad on a stick, and then see if we can suck this through the main filers

This entry was posted on Friday, November 18th, 2011 at 8:24 pm and is filed under FPB Series Notes. Both comments and pings are currently closed.