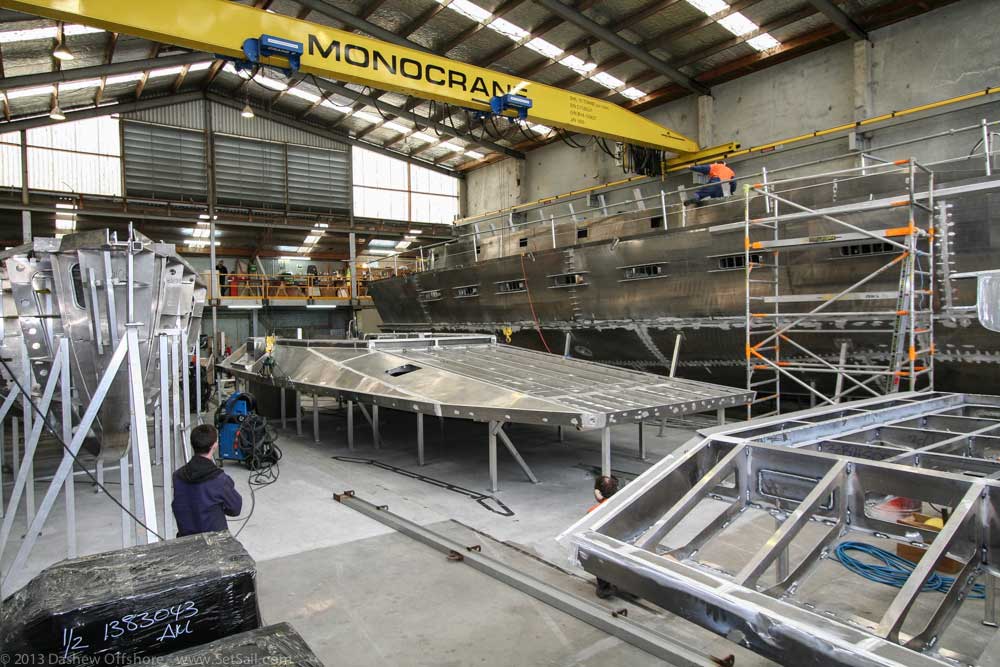 This is a wickedly cool series of photos, one which has given us a decided buzz. 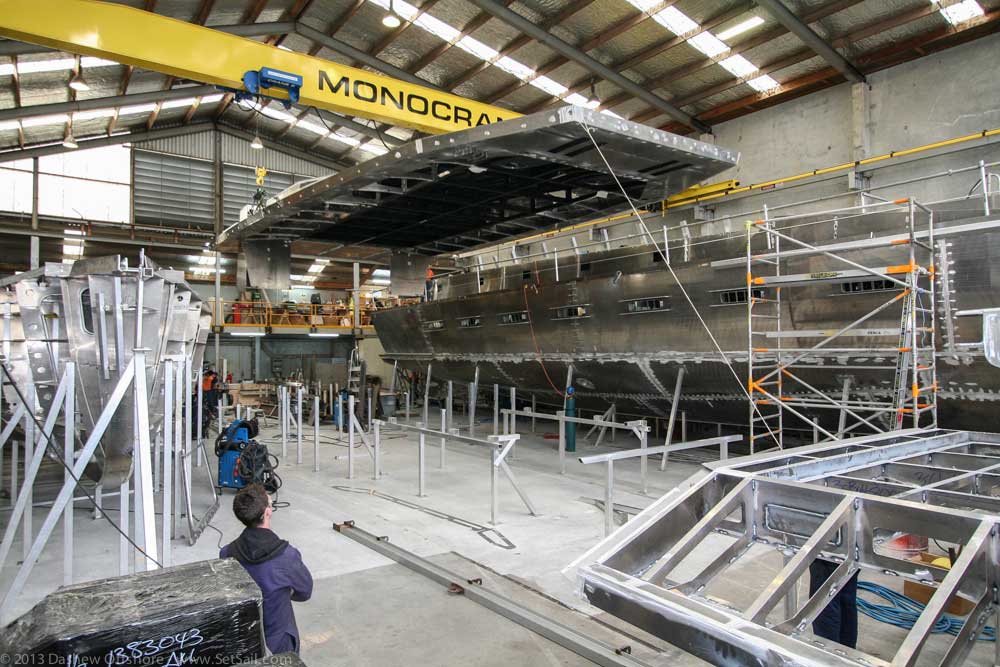 Astute observers will no doubt notice that a large structure has been lifted into the air. 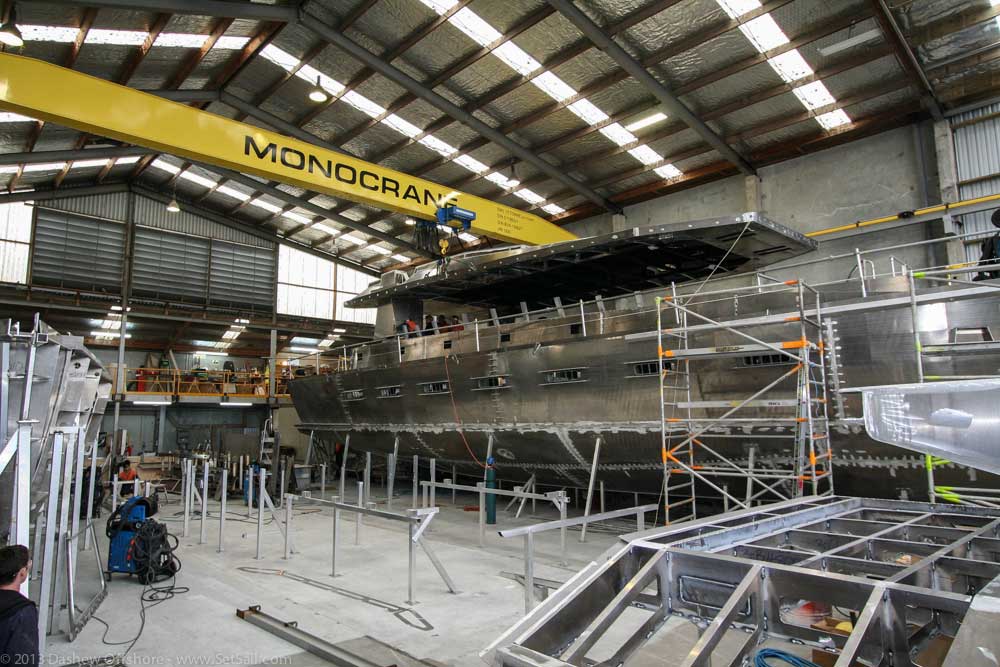 This is like a reality TV show, where a designer’s dreams come true. 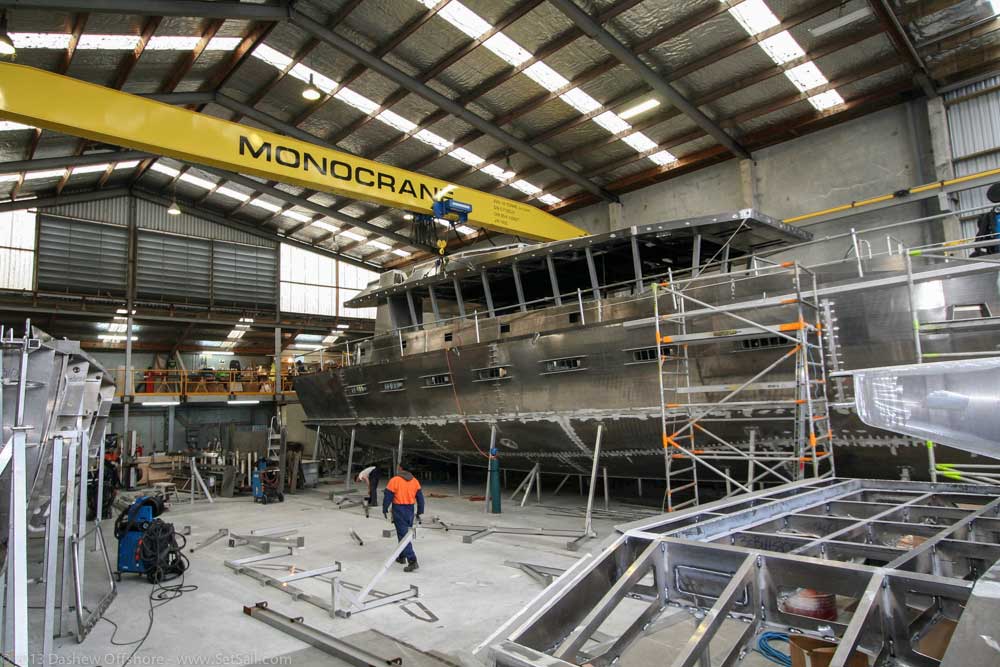 The roof is on the great room, and FPB 97-1 is indeed starting to have that wicked look we’ve been seeing in the renderings. 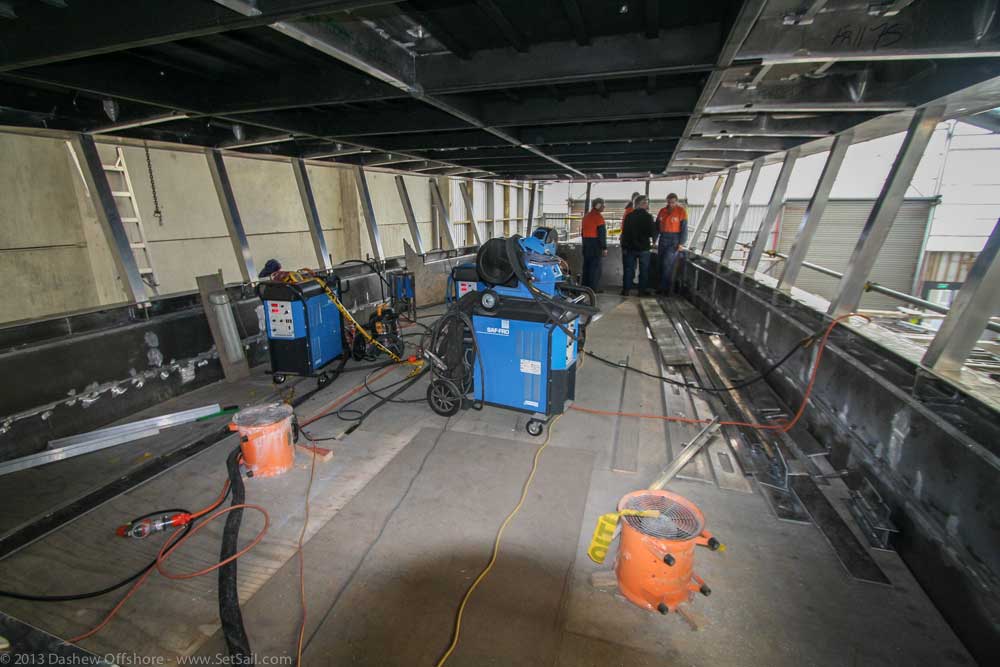 With the great room space now defined, there is a sense of the space contained within this Wicked FPB 97 structure. Just imagine what this is going to be like when she is sitting at anchor,

looking back from the dinghy, or even better, heading offshore from Whangarei, New Zealand, with an ebbing tide and onshore gale, slicing through the stacked waves like they weren’t there.

We have more to share, but right now we just want to absorb this.

This entry was posted on Thursday, July 25th, 2013 at 11:58 pm and is filed under Dashew Logs, three, Wicked FPB 97. Both comments and pings are currently closed.