Round Pond, Maine, and the Cruising Paradigm 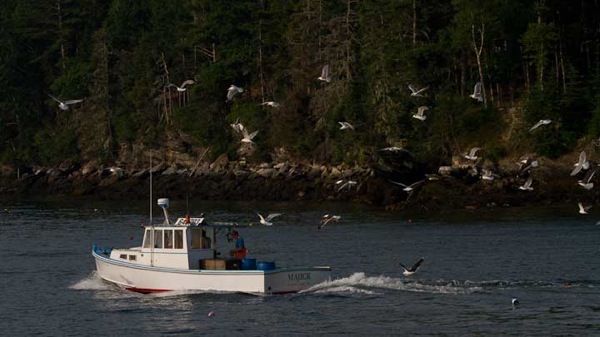 We are in lobstah territory, which means paying close attention to where we are heading and lots of dodging and weaving. 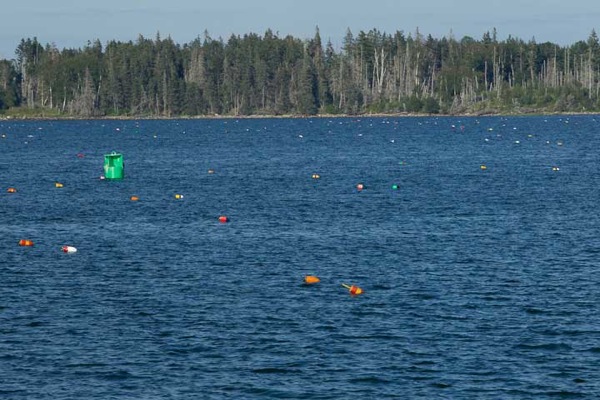 The lobstermen lay their traps everywhere, millions of  them. 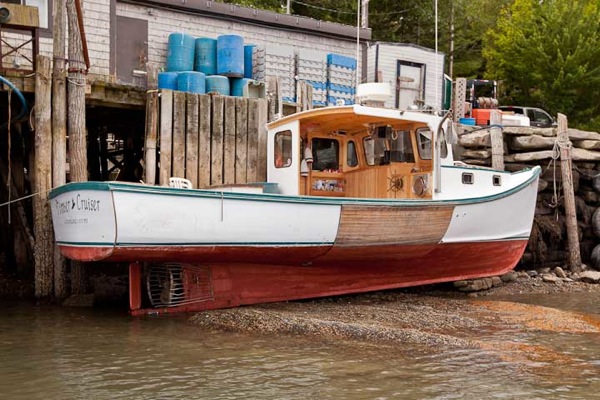 Their boats have cages around their props, as do many of the yachts in Maine. 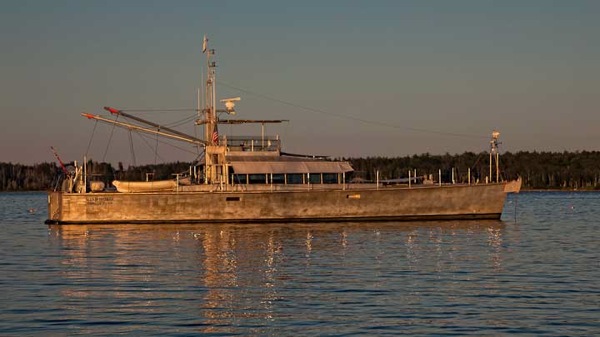 We are anchored at the entrance to Round Pond harbor (in Maine). The harbor proper is chock full of fishing boats and a few yachts, with traps liberally sprinkled here and there. In most locations the harbor master would tell us to move on. But here he just wants us to be secure.

The original  plan was to stop for the evening, say hello to former SetSail correspondents Dave and Jaja Martin (authors of Into the Light), and proceed. 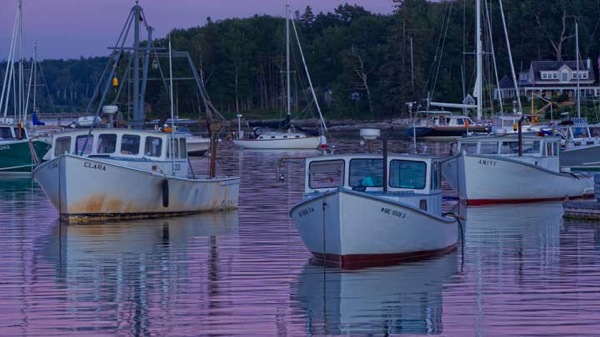 But the folks are friendly, and the little village so charming, that four days later we are still here, and in no hurry to go somewhere else. This is primarily a working harbor and there are no facilities for visitors, other than a dinghy dock (but no trash receptacles), which suits us just fine. 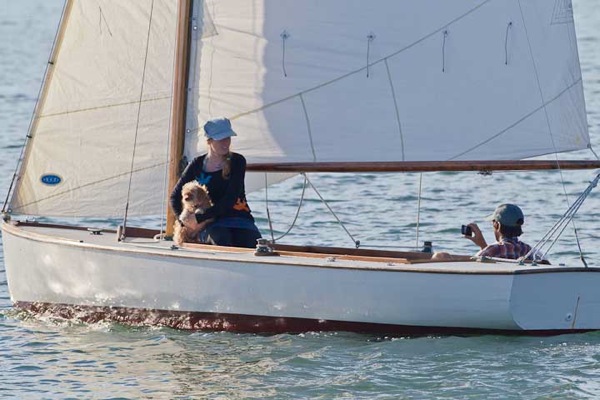 The pleasure craft are mostly traditional, with more woodies than plastic, and more sail than power. 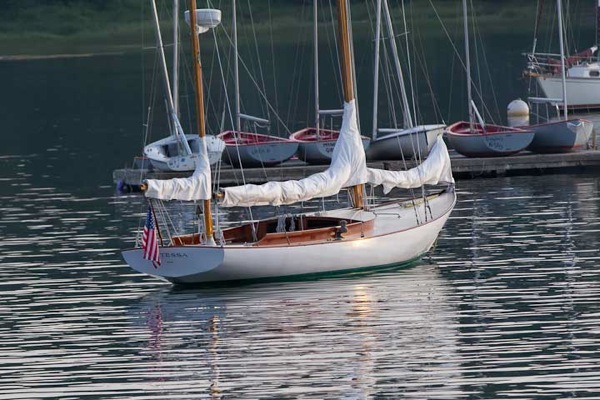 A few boat lengths away is our new favorite for boat of the year, a lovely Buzzards Bay 25, a turn of the (last) century design from the Wizard of Bristol. 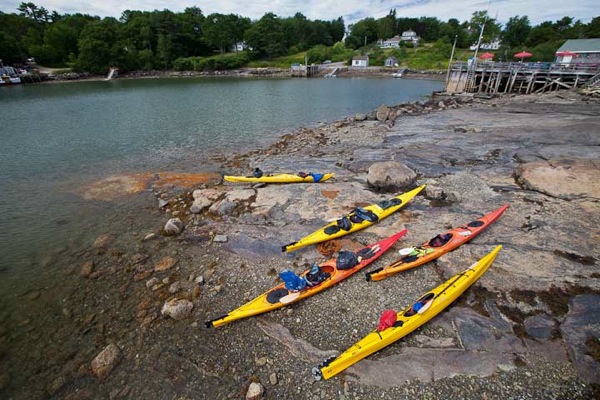 This is kayak country. 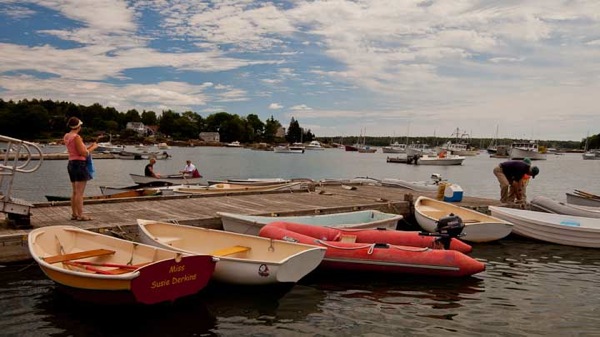 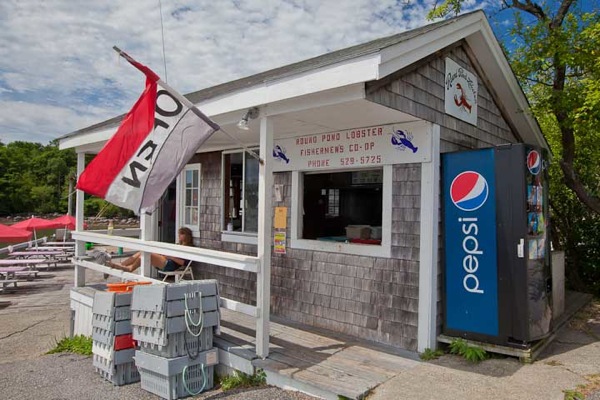 At the  head of the dock you have your choice of fare, three restaurants offering the sea’s bounty. 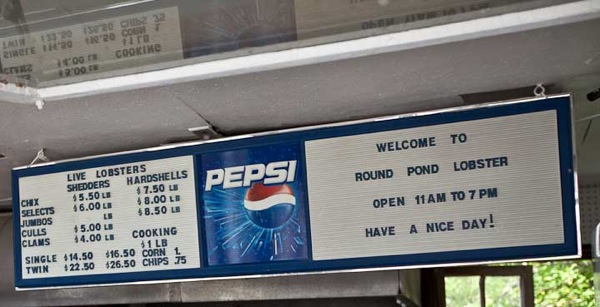 Do you want lobster, steamer clams, oysters, or fresh fish? And don’t forget the fresh corn. 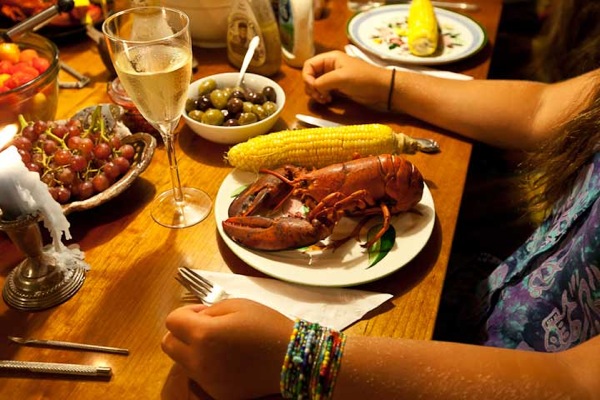 Since we can’t decide we have oysters and steamers with cruisers we met in Tonga years ago, then lobster with the Martin family. 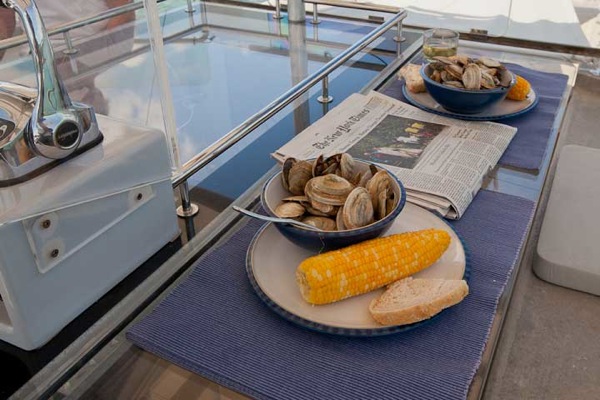 And today steamers for Sunday brunch. 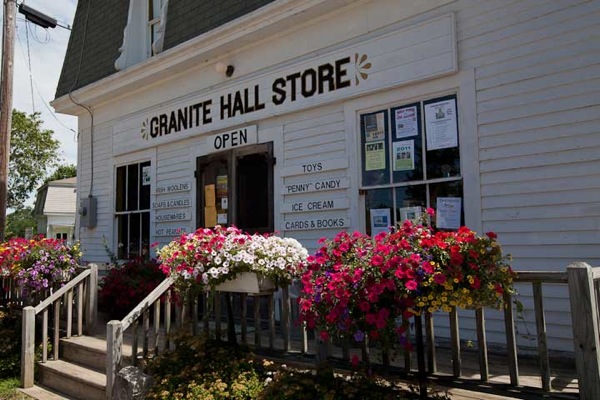 A walk ashore will reward you with a variety of visual stimulii. 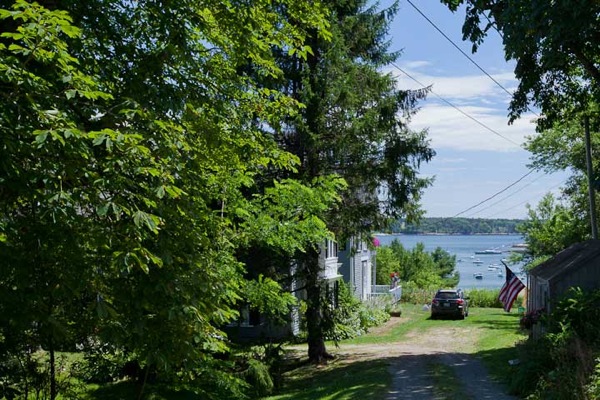 The vistas are entrancing. 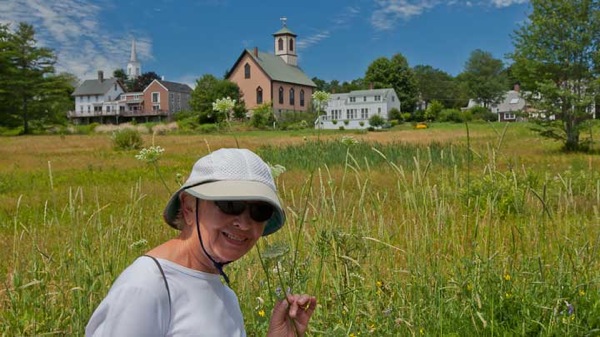 And the wild flowers call out to be sniffed. 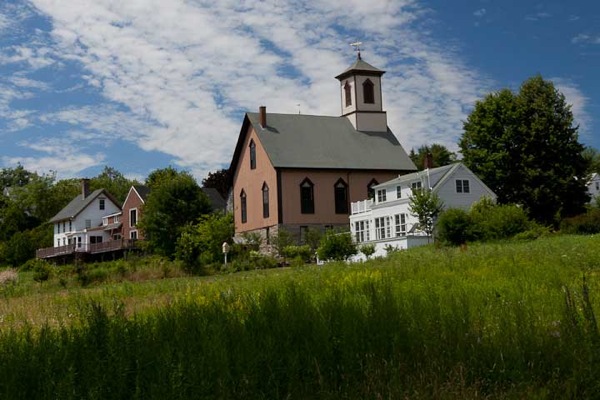 There are no marine stores, to visit the supermarket requires a car (we have had four offers of loaners), cell coverage is spotty, and Internet signals weak. 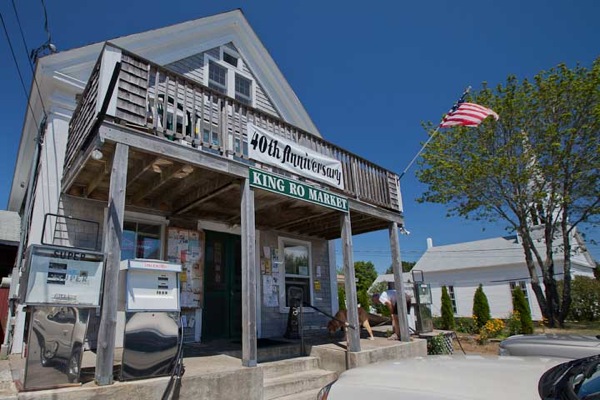 But there is a small local store, a few unlocked wifi signals for Internet, and the anchor has a good bite. We are in no hurry to move. 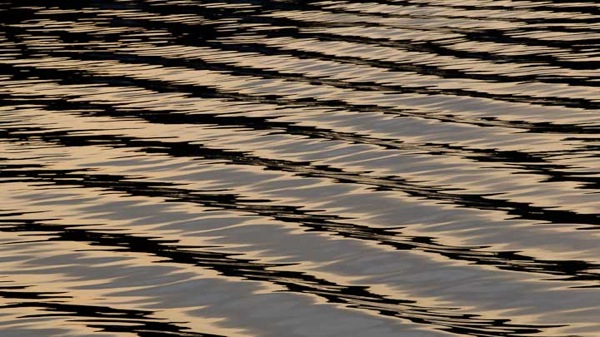 The sunsets linger and so far have been stunning. 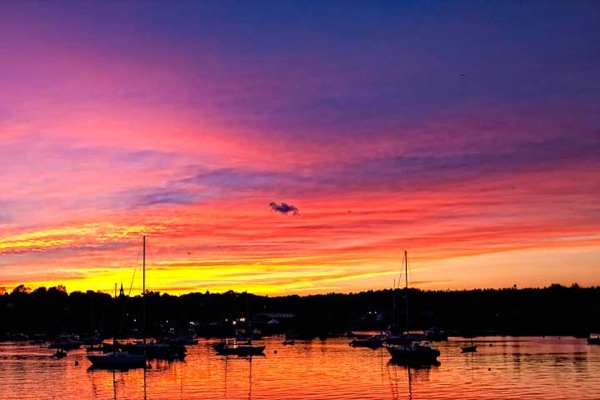 This series is from Saturday night. 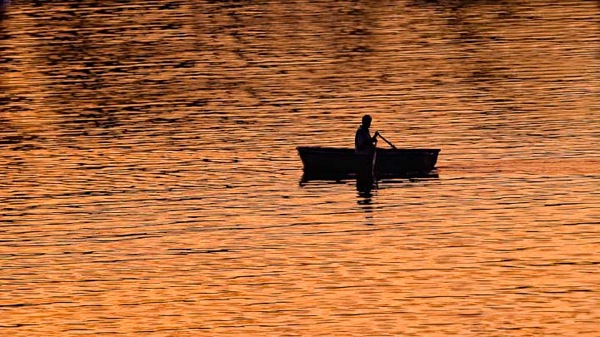 The show goes on for 45 minutes to an hour, and you don’t want to miss a minute. 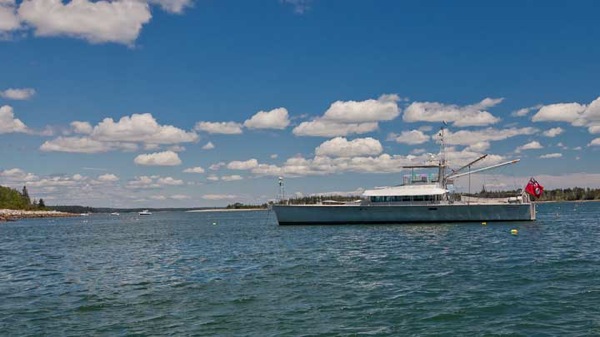 Today there are cumulous clouds, a sure sign to stay awhile. We are going to relax for a couple of days, do a few boat chores, and then think about where next.

This entry was posted on Sunday, July 24th, 2011 at 10:43 pm and is filed under Dashew Logs. Both comments and pings are currently closed.


13 Responses to “Round Pond, Maine, and the Cruising Paradigm”