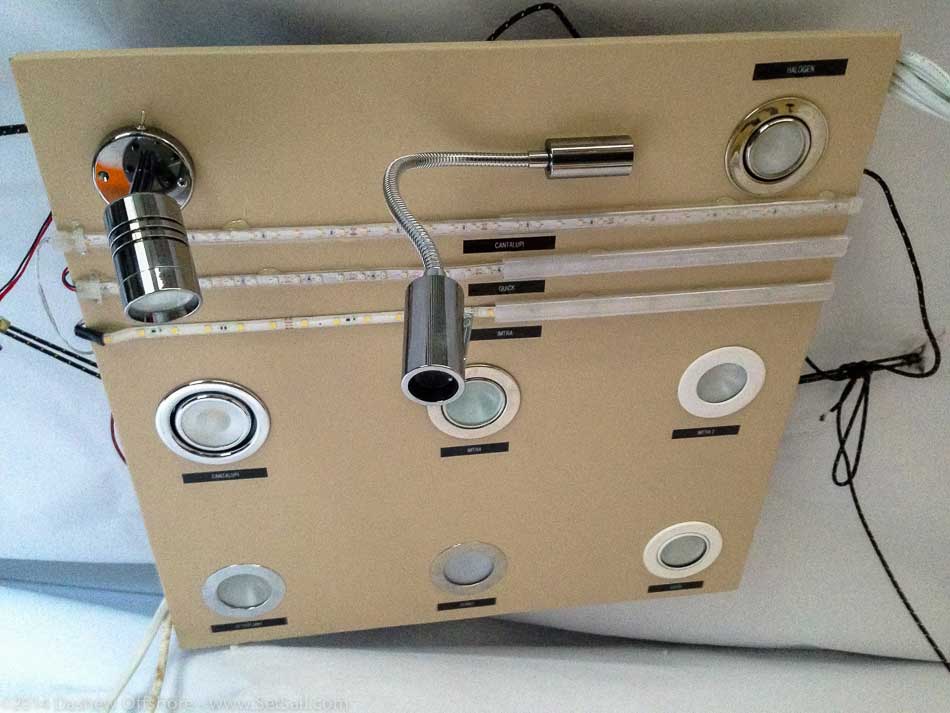 We are always looking for a better, simpler way of doing things, and this frequently includes in-house testing. Right now we are working on LED lighting, looking for the best combination of light, color temperature, and dimming ability.

At our official Pacific Northwest lab, Mark Fritzer put together the board in the first photo to test a variety of spot lights, rope lights, and dimming systems. 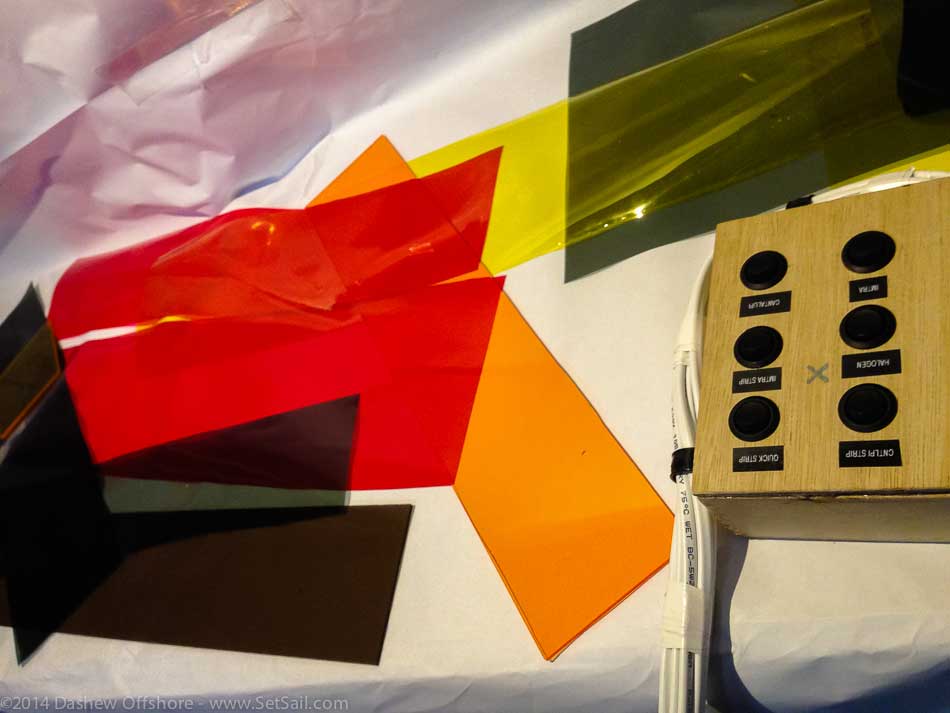 This allowed us to compare various lights and and test with colored plastic for extra measure. 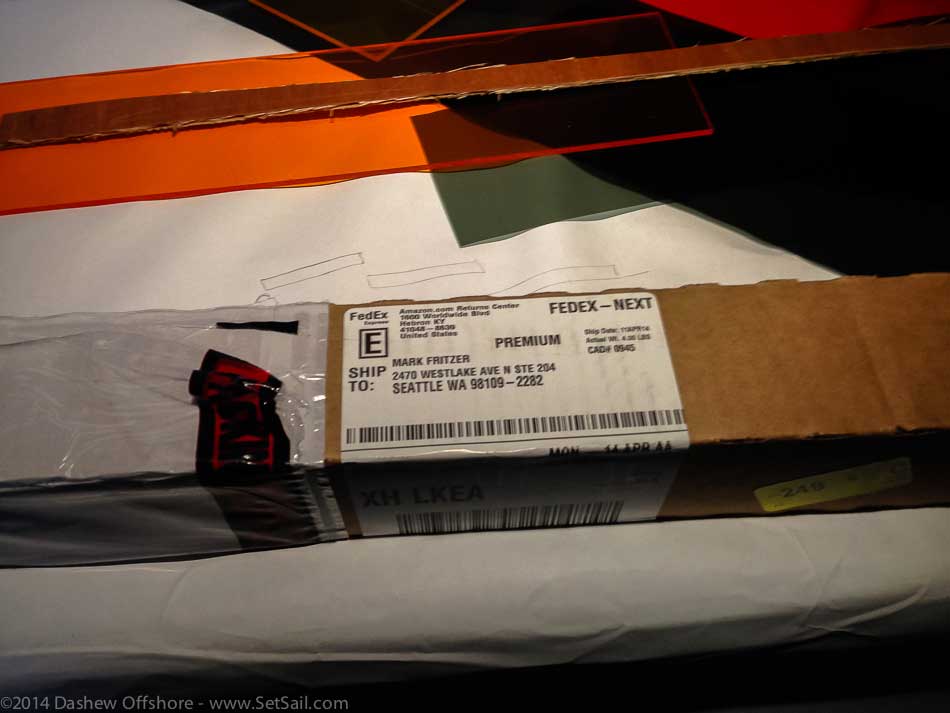 One of the tests involved reading lights. This photo was of a Quick stalk light illuminated label held at 24”/60cm from the light fixture. 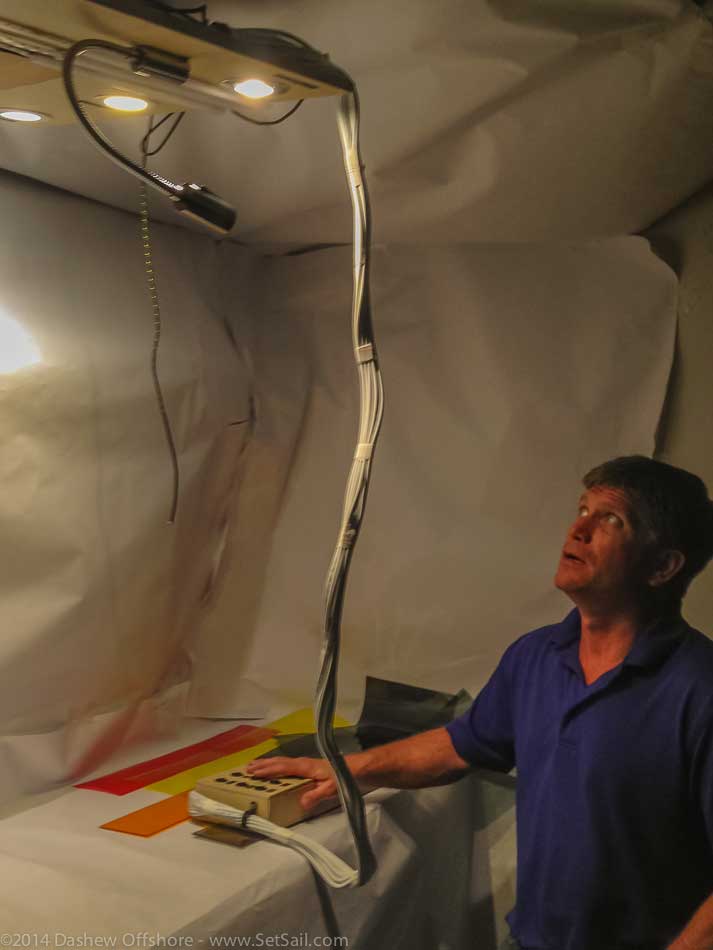 The photo does not capture the lighting subtleties, but after much subjective analysis – we found our favored, in both the overhead, stalk, and strip lighting.

This entry was posted on Thursday, May 1st, 2014 at 6:56 am and is filed under FPB 78, FPB Series Notes, three, Todd's Talk. Both comments and pings are currently closed.