A New Angle With The Wicked FPB 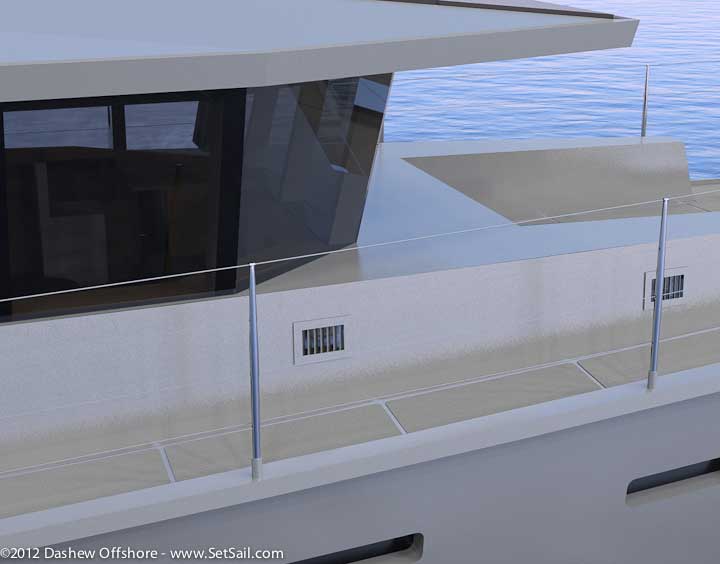 The new Wicked FPB sports some hot angles, not the least of which is the glazing system surrounding the great room. There are numerous advantages to these outwardly angled windows.

Outside, we have wider than normal side decks, with stanchions placed toward the outer edge of the rub rail (belting). This is to compensate for the outward push of the glass. Although the life lines are 1.1m/44″ tall, we want a hand hold system for going forward in adverse conditions. The solution will serve multiple purposes: there will be a “T” track fitted to the underside of the overhang over the center of the walkway. To this track will be fitted several sliding cars. If you need a handhold, grab a strap hanging off a car and slide it forward as you move down the deck. This can also be used with a safety harness. Furthermore, the straps can be used to transport heavy objects down the deck.

The only drawback we see is the cool – some would say yacht-like – appearance these windows convey. We prefer a workboat/military aesthetic, both to fit in better with commercial vessels and to give the bad guys pause. After struggling with this for a while we have come to the conclusion that the Wicked FPB’s combination of bare aluminum and hot angles will almost certainly cause those of nefarious bent to look for softer prey. And the commercial sailors? They’ll know what this design represents  and won’t be put off. 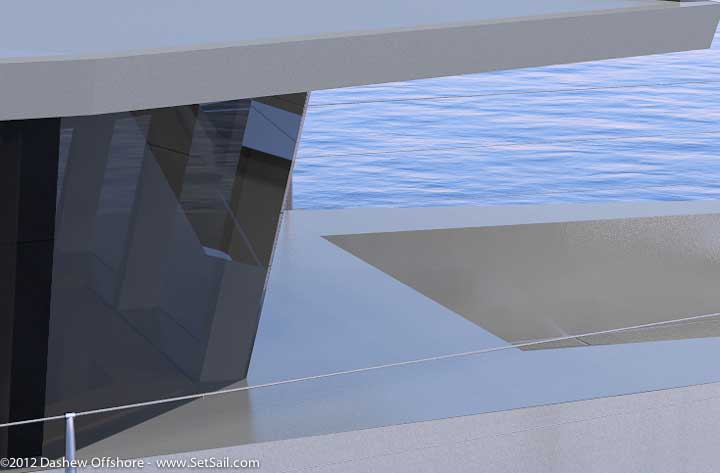 This entry was posted on Thursday, February 2nd, 2012 at 6:28 pm and is filed under Dashew Logs, FPB Series Notes, Wicked FPB 97. Both comments and pings are currently closed.


15 Responses to “A New Angle With The Wicked FPB”