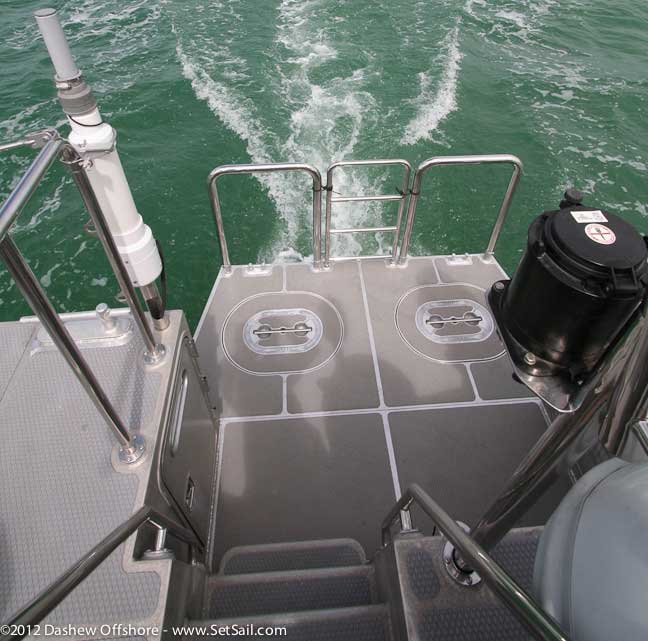 And now for something different. We are pleased to report that FPB-1, Avatar, has just finished her first day of testing with the swim platform extension and get-home engine. The lovely clean release above is at eight knots with the little Yanmar pushing her along. 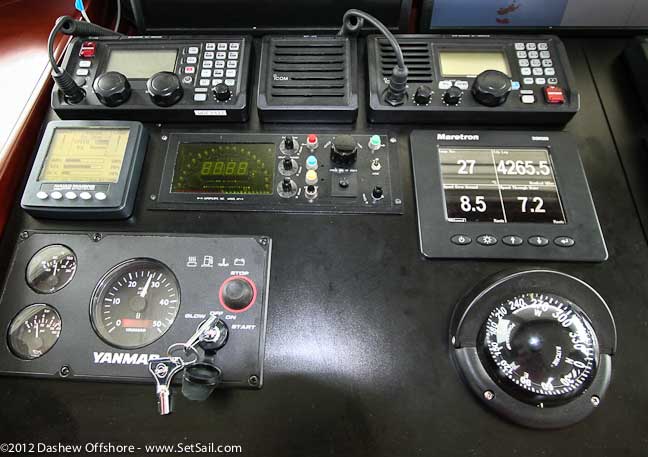 The first day’s results are in shallow water, with moderate breeze, so we don’t have any real detail to report. What we do know is the following:

We shall update again when more data is available. 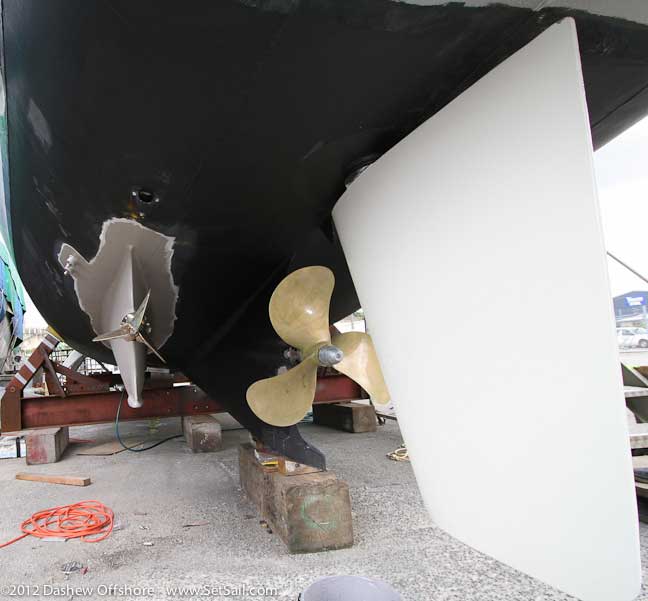 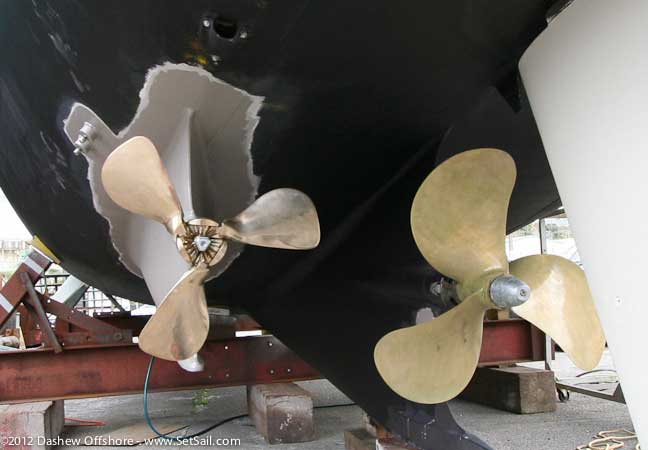 This entry was posted on Thursday, February 2nd, 2012 at 10:16 pm and is filed under Dashew Logs, FPB 64 Updates. Both comments and pings are currently closed.