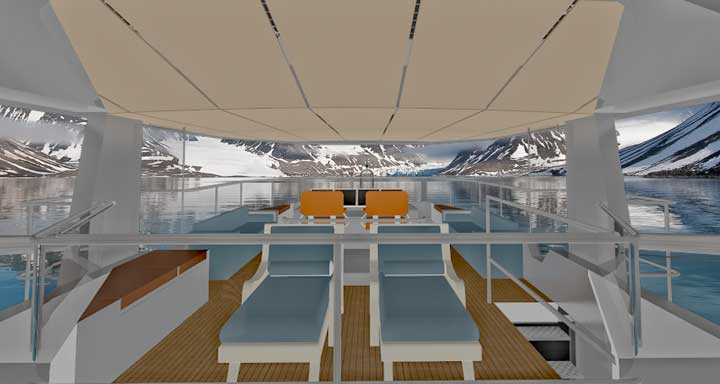 We have a problem gentle reader, and we need your help. The marvelous space we so prosaically call “Pilot Deck” is worthy of a descriptor more in keeping with the view of the world from this unique space.

Of course this is not an easy challenge when you consider its attributes. Certainly this area offers excellent piloting, is at the point of maximum comfort for pitching, and has good sight lines. But it also is a wonderful living space, unique in the way it will bring its occupants into contact with the world around them. Finding a two word descripton that takes into account the enhanced views provided by the totally open perimeter – with or without EverClear windows in place – be it ocean, fjord, or tropical atoll, is no small feat.

As the team on this end has been singularly lacking in creative nomenclature, a contest is warranted. Should your submission become the Chosen One, you shall be honored with a Music For Cruising CD, a combo pack  of Setsail’s famous cruising DVDs, and a 2012 FPB 64 calendar.

Good luck, and may the best two word entrant win. Note: the judges decision shall be final (unless they change their minds). 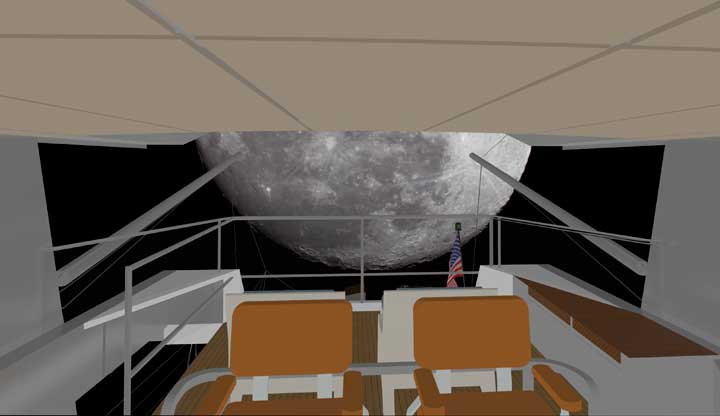 Above is a half time super bowl taken from the Arizona Deck.

Post Script: As of February 7, 2012 the Name That Deck Contest is Officially Closed.

This entry was posted on Sunday, February 5th, 2012 at 8:34 pm and is filed under Dashew Logs, FPB Series Notes, Wicked FPB 97. Both comments and pings are currently closed.


137 Responses to “Name That Deck: A Wicked Setsail Contest”