A Shifting View Of Cruising 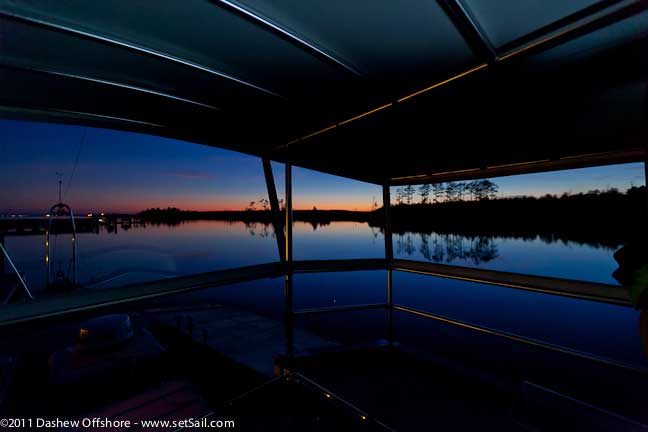 In 2003 when we began work on the first FPB, Wind Horse, we briefly considered an enclosed flying bridge. Our good friend, and collaborator, the late Steve Davis, was a strong advocate. He said “one day you will come around.”

Our reasoning was that in conditions warranting enclosure we’d pilot from the great room, and when it was pleasant, from above. A major part of the decision was poor visibility through the plastic windows.

The lead photo is a difficult night shot, taken during sea trials a few days ago, looking through the windows of the now enclosed flying bridge on Wind Horse. The optical clarity of these windows is stunning, significantly better than the glass which surrounds the great room below. 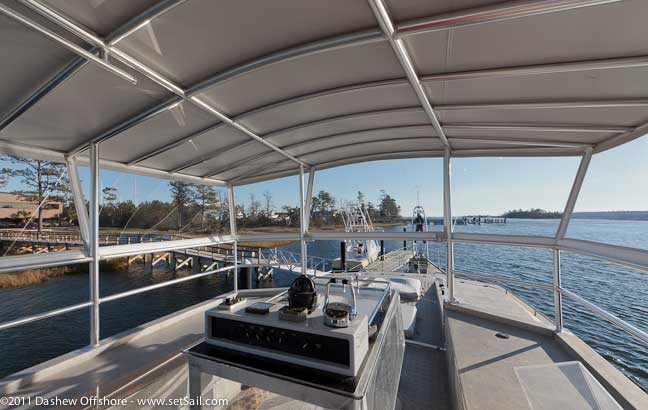 There is no sense of barrier between us and the exterior. 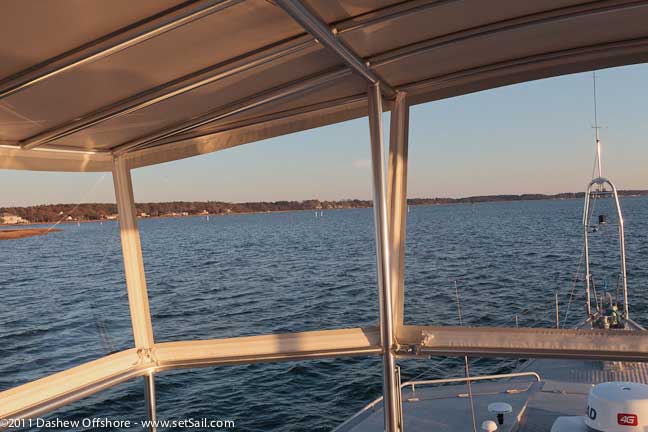 And so far, in a variety of lighting, the clarity has remained. 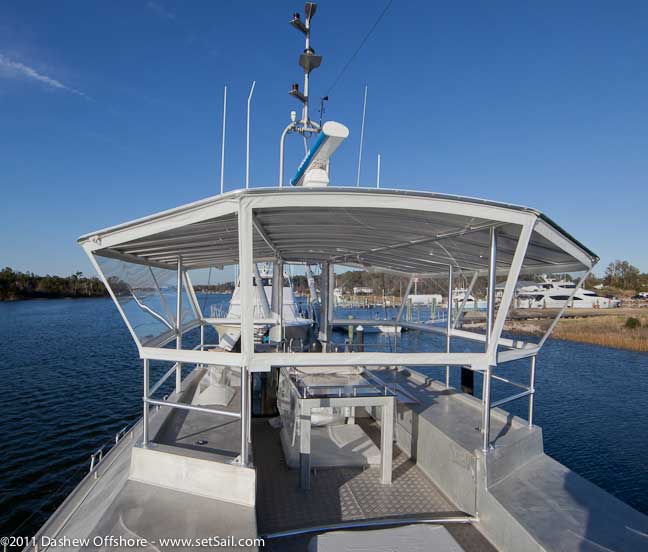 There are few visual impediments, just four pipe supports, and a few narrow tapes around the window perimeters. 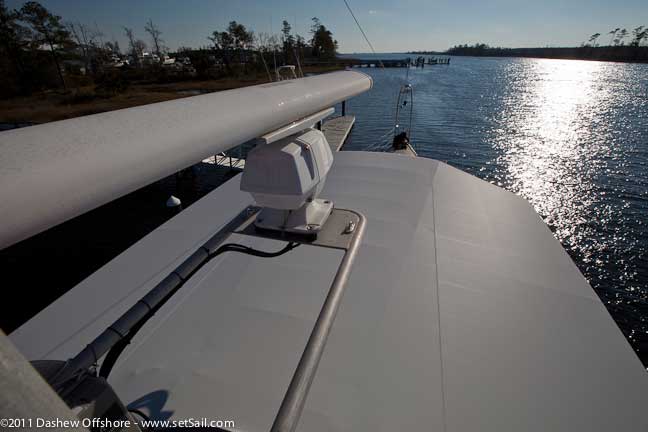 The flying bridge frame is now covered by a Stamoid fabric roof, banded rather than tied in place. The roof is designed to shed water, but otherwise to be visually unobtrusive.

The windows rotate inward and up when open, with bungee cords and special hardware to hold them open. 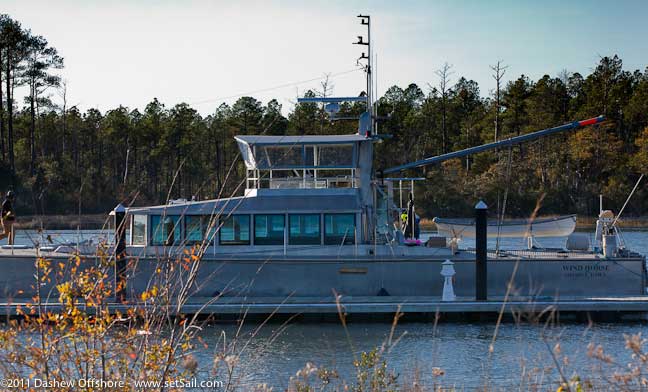 We’ll have to wait until relaunching in the spring for a nice anchored photo. In the meantime, we’ll be thinking about how to bring the navigation instruments to the flying bridge.

This entry was posted on Tuesday, December 20th, 2011 at 8:41 pm and is filed under Dashew Logs. Both comments and pings are currently closed.


21 Responses to “A Shifting View Of Cruising”