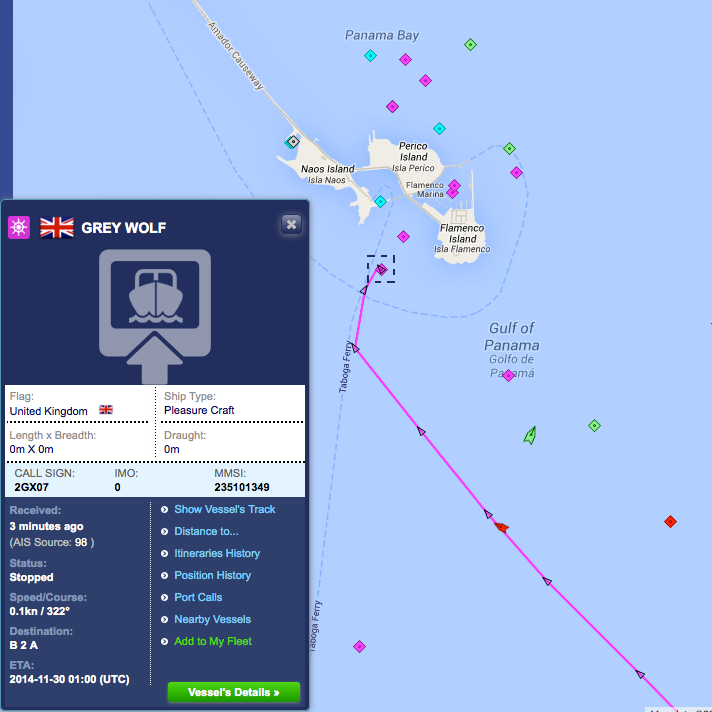 FPB 64-6 Grey Wolf, Peter Watson Master, has arrived Balboa, Panama after a non-eventful 4100NM passage from Taieohai in the Marquesas Islands of eastern French Polynesia.
Grey Wolf averaged 9.53 knots for the passage, burning less than 21L/5.5US gallons per hour for propulsion, electrical, and hydraulic requirements. For the first half of the passage Grey Wolf dealt with confused seas, headwinds and adverse current reaching two knots.

She is due to transit the Panama Canal tomorrow morning (May 23) at 0730 local time. You can see some of the action on the Canal’s web cams here:

Berthons is running an interesting series of posts from one of their apprentices on the crew which you can view at http://www.berthon.co.uk/greywolf/panama-different-world/. 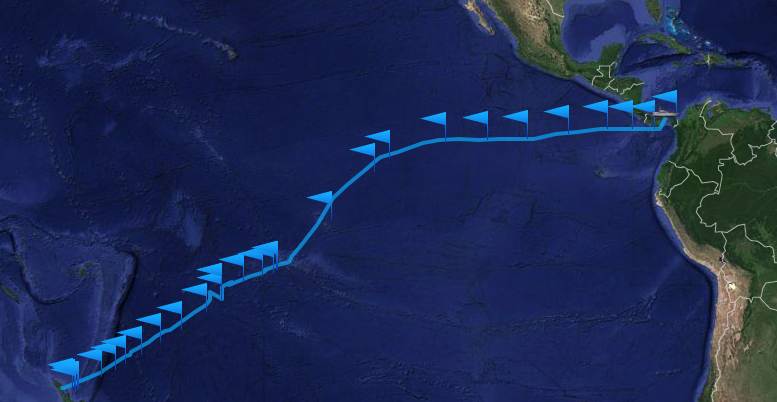