Best Window Coverings – What Is Your Experience? 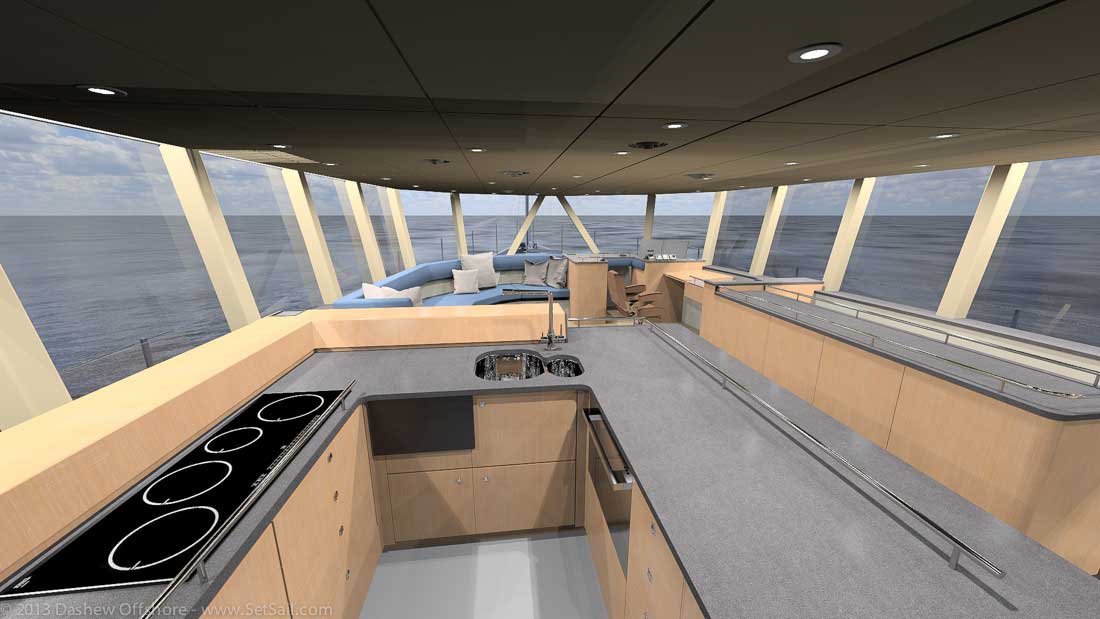 Window coverings will play a more important role in the new FPB 78, given our goal of staying cool at anchor a majority of the time without a genset. This post is about the factors affecting the window covering decision, after which we’d love to have suggestions from SetSailors.

To begin with, we are loathe to compromise the view or the wonderful open feeling that comes from living with 360 degree views. 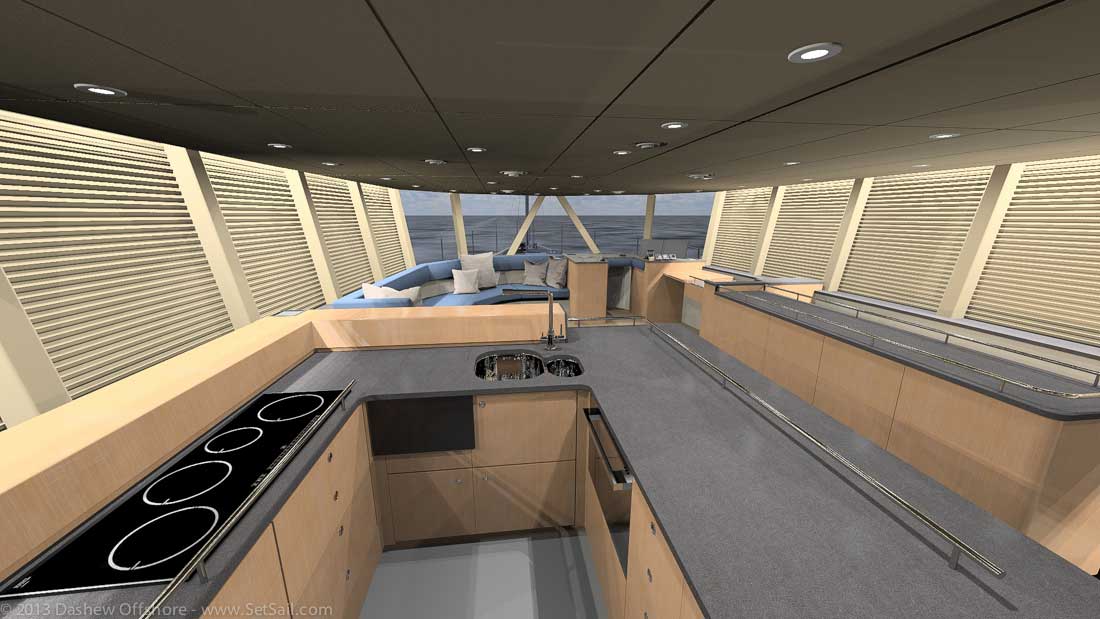 OK, this is still very cool looking, and certainly does not lack for visual space. But we want to feel like a part of the surroundings, not isolated. 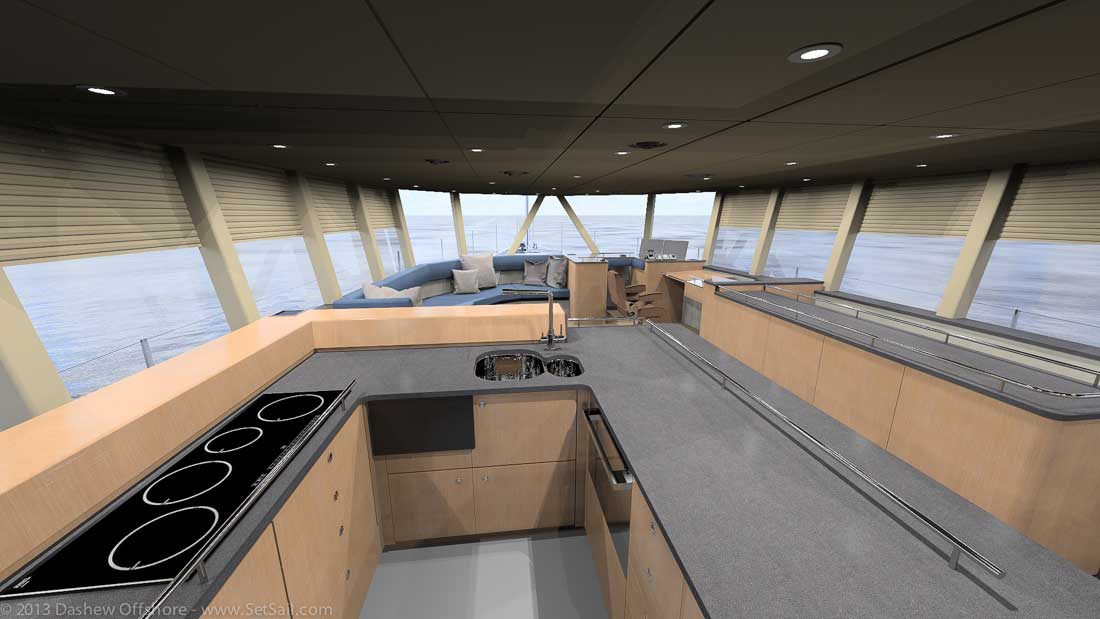 Obviously the most efficient situation in terms of heat load is to totally cover this enormous expanse of window. However, the highest heat load comes from direct sunlight, so we will get the biggest benefit and the least cost in view with partial extension of the shades. 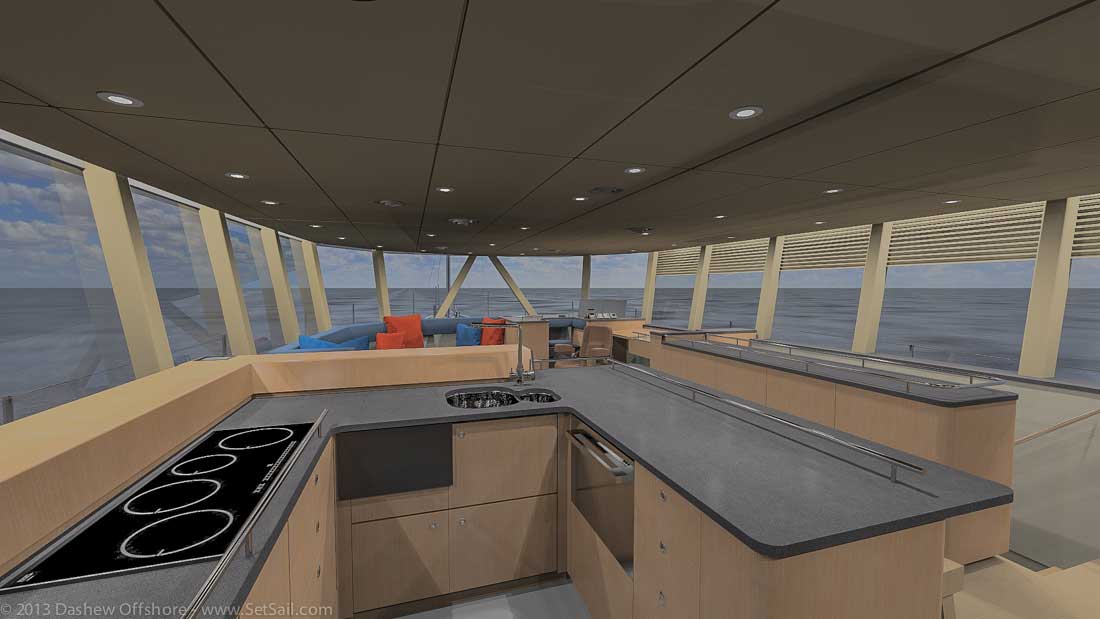 Which leads to using just the area of window coverings between us and the direct sun load. 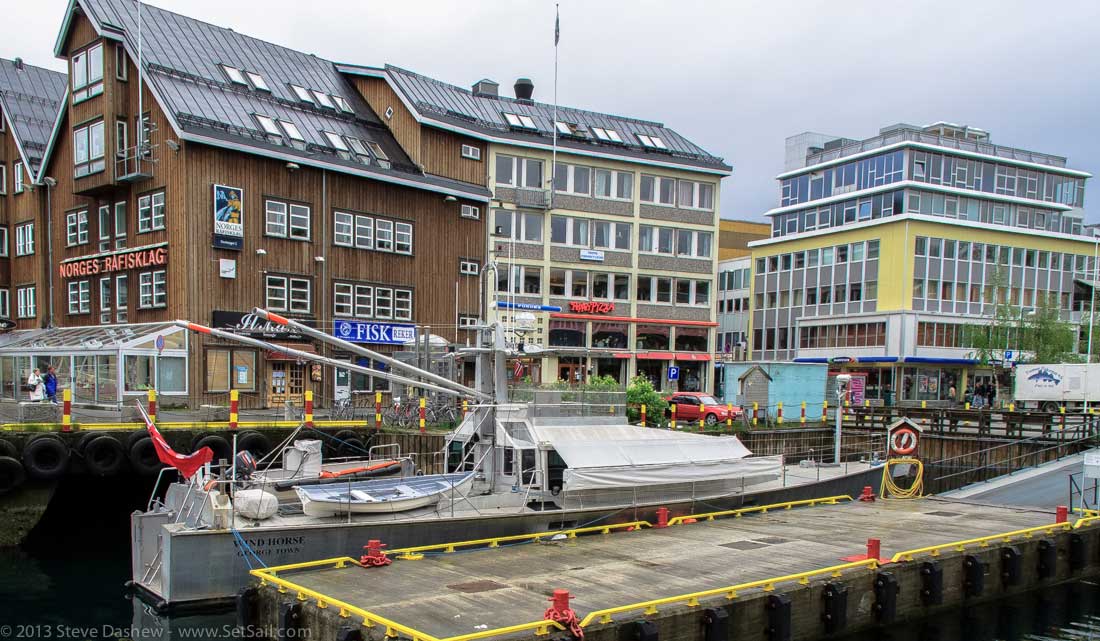 There is also the privacy question to be considered. There are times in port and at anchor when a bit of privacy is warranted. This dock in the heart of Tromso, Norway, is a good example. Wind Horse was the object of much attention and discussion, and we met many wonderful Norwegians while waiting to head out to Svalbard. But we also needed a bit of privacy, and still wanted to preserve as much open space as possible. The answer was to use our window awnings in conjunction with the vertical weather cloths on the lifelines. 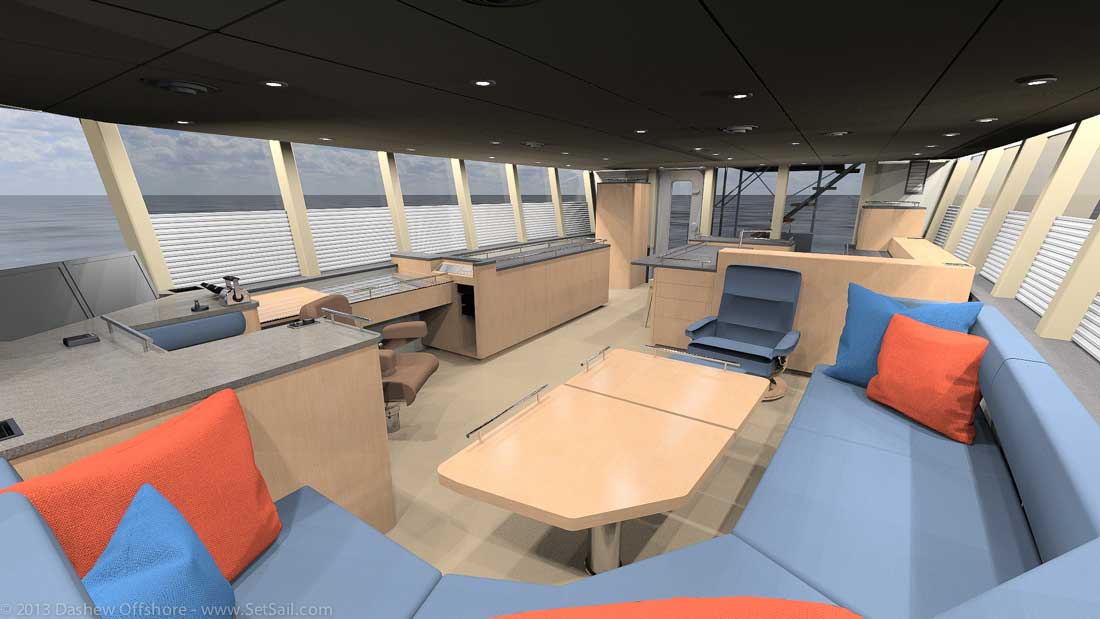 With the FPB 78, we have the window awning effectively built-in with the roof overhang. The higher freeboard means that in most cases someone standing on the dock, or looking from another yacht, will not be able to see beyond mid-window height. Which leads us to consideration of the top down, bottom up style of window coverings.

The following factors are part of the decision making matrix:

Our personal experience with window treatments is limited. We’d appreciate suggestions on types of window covering systems to consider, and your experience with same. We look forward to your comments.

This entry was posted on Friday, October 18th, 2013 at 9:54 am and is filed under Dashew Logs, FPB 78, three. Both comments and pings are currently closed.


26 Responses to “Best Window Coverings – What Is Your Experience?”