Rudder control steering geometry is one of those things which looks simple, but is actually quite difficult to get right. Loads can be high, space tight, and when you are shooting for maximum rudder deflection, it can be a challenge. 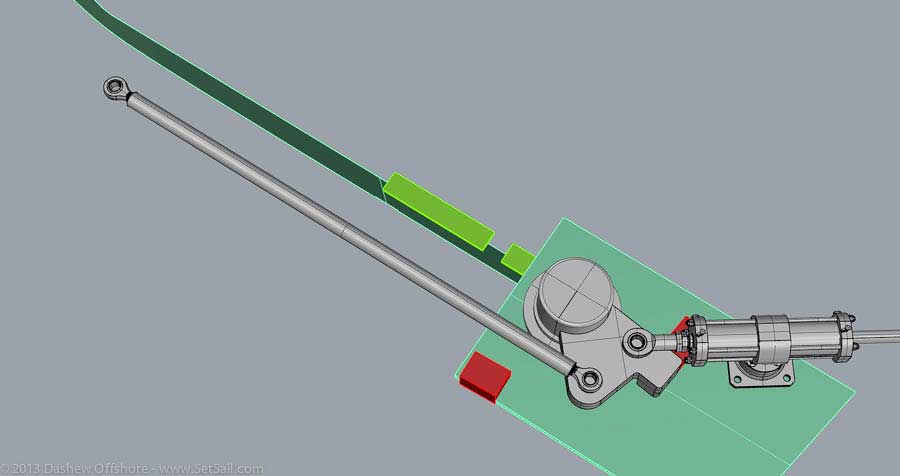 Shown here the rudder is turned 40 degrees to starboard. 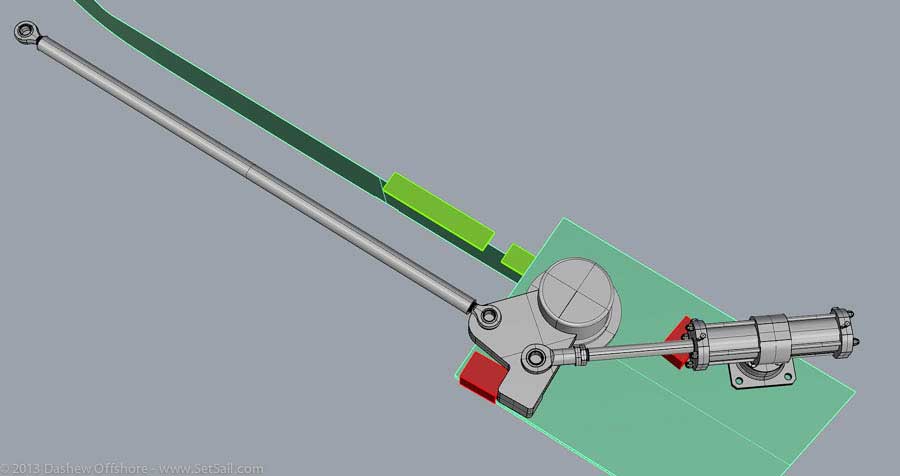 And here all the way to port. 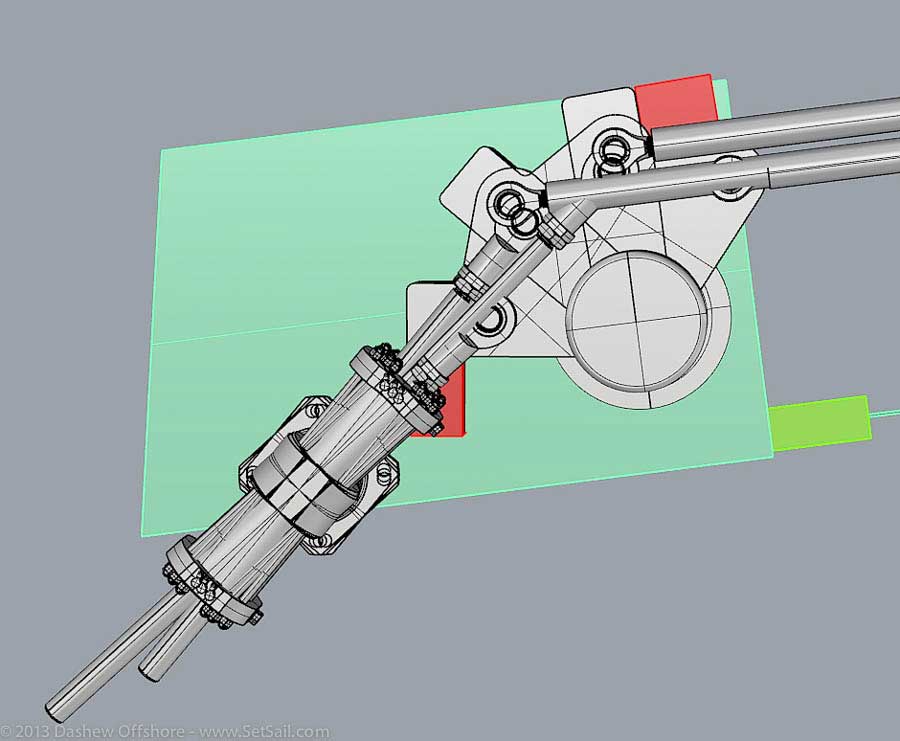 In this view we see both centered and the two extremes. The red blocks represent the rudder stops. The hydraulic cylinder has a 12”/300mm stroke, and this has to work with a “tiller” that gets us the 80 degree hard over to hard over range. It has to do so without binding. And the cylinder base must be connected to something extremely strong.

With the geometry established, Kelly and the engineers can get on with the detailing.

This entry was posted on Thursday, October 31st, 2013 at 2:46 am and is filed under Dashew Logs, FPB 78, three. Both comments and pings are currently closed.