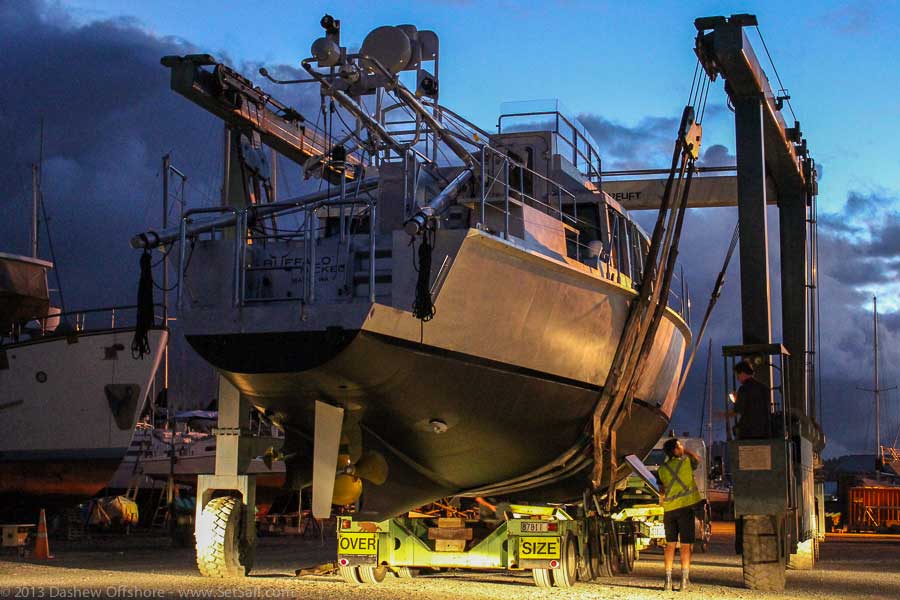 It is early, the sun still far to the east, when Buffalo Nickel slides under the travel lift for the first time. 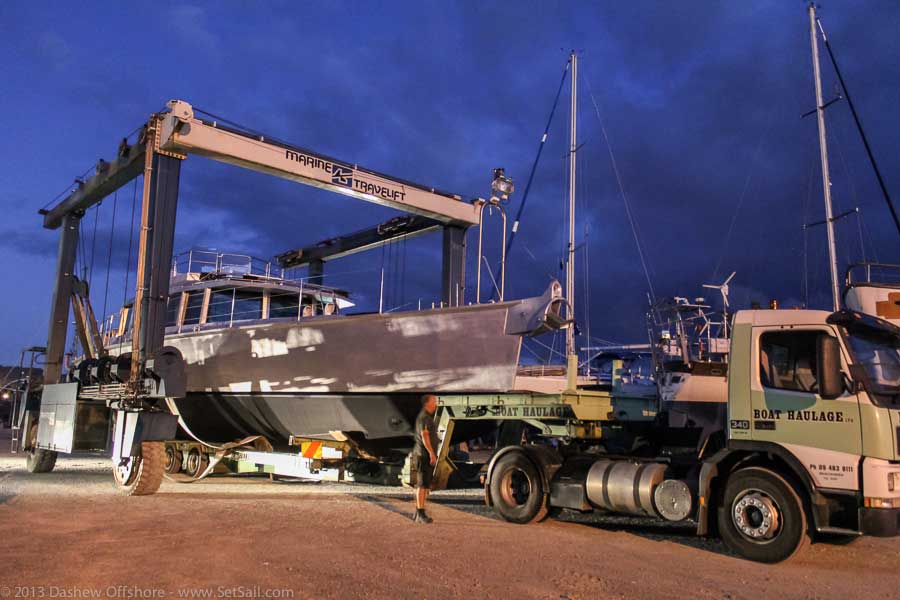 Although there is little activity at this moment, you can be assured things are humming.

Systems have been checked, and then checked again at the shop. But there are still last minute items to check yet again before the first splash. 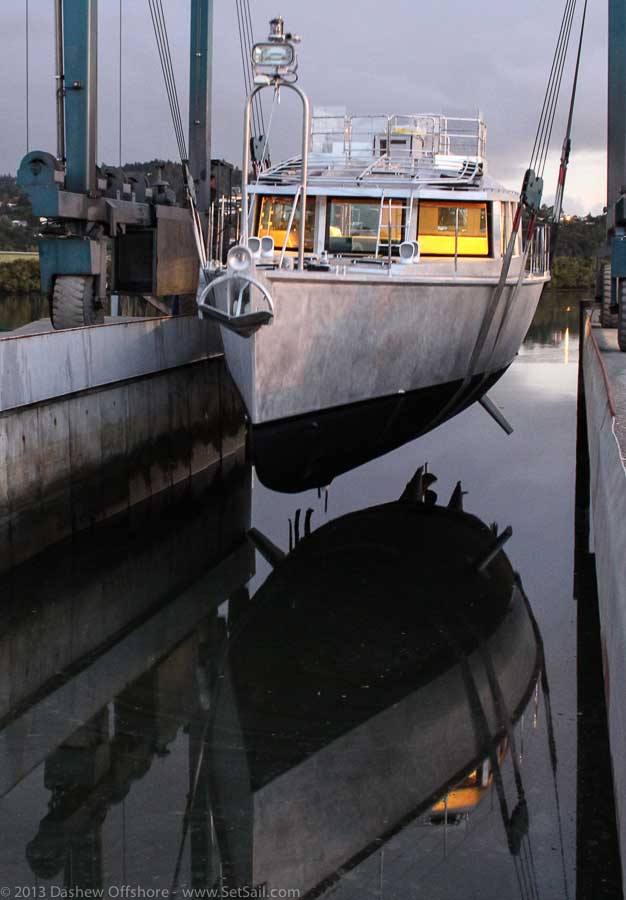 You will no doubt detect that the awning frame is sitting on the cabin top and the masts are hinged and folded down aft. The latter will be raised shortly and the former then bolted into place. 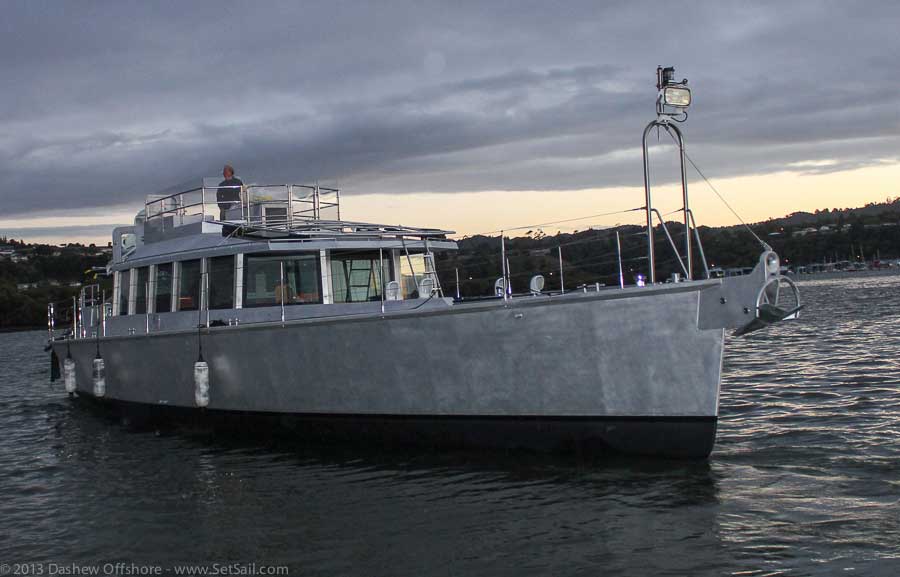 Here is a sight to gladden the hearts of owners, designers, and builders alike. A new yacht afloat for the first time. Time from that first wetting to heading down the estuary was twelve minutes. This is the seventh FPB 64 which Circa has launched, and the system gets more efficient with each splash.