Wicked Stabilizer Bosses and Other Details 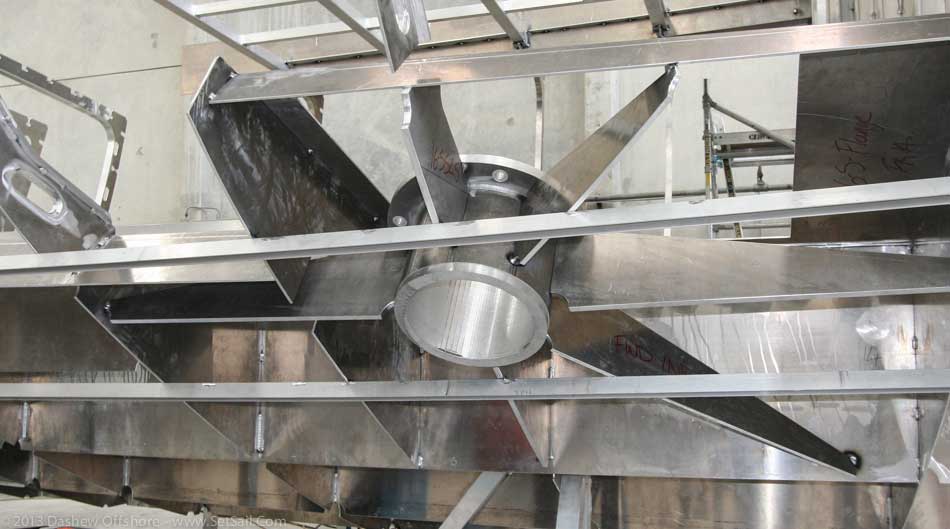 The FPB 97 has enormous stabilizer mechanisms, sized for support when aground and hitting things, the loads for which are far more than hydrostatic loads. The over strength mechanism, however, is of no value, and in fact can damage the boat, if it is not properly reinforced.

That is where this enormous stabilizer boss comes into play. 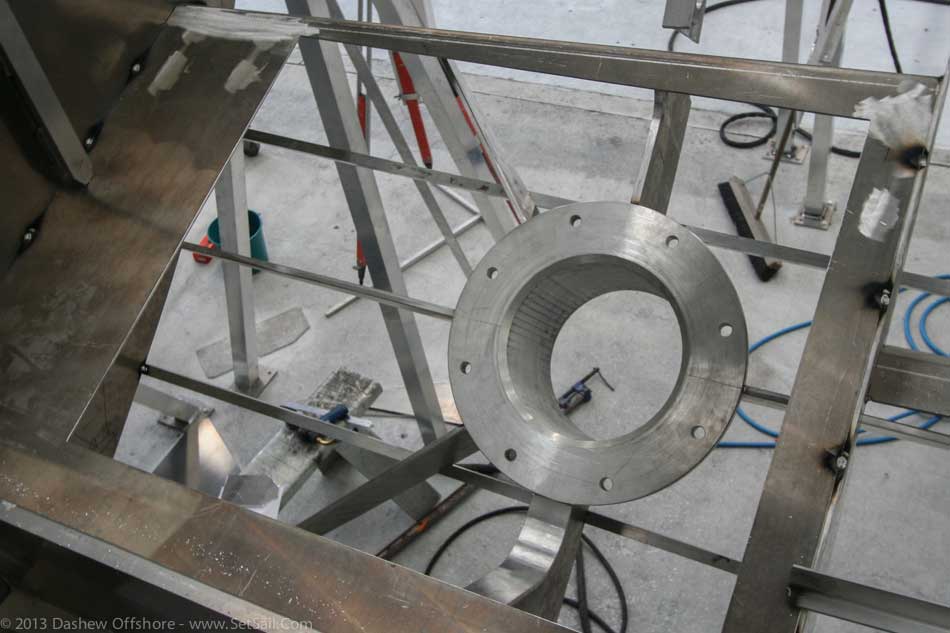 These fin mechanisms are used on yachts as large as 60 meters, weighing four times as much as the FPB 97, so you know the loads are going to be huge. 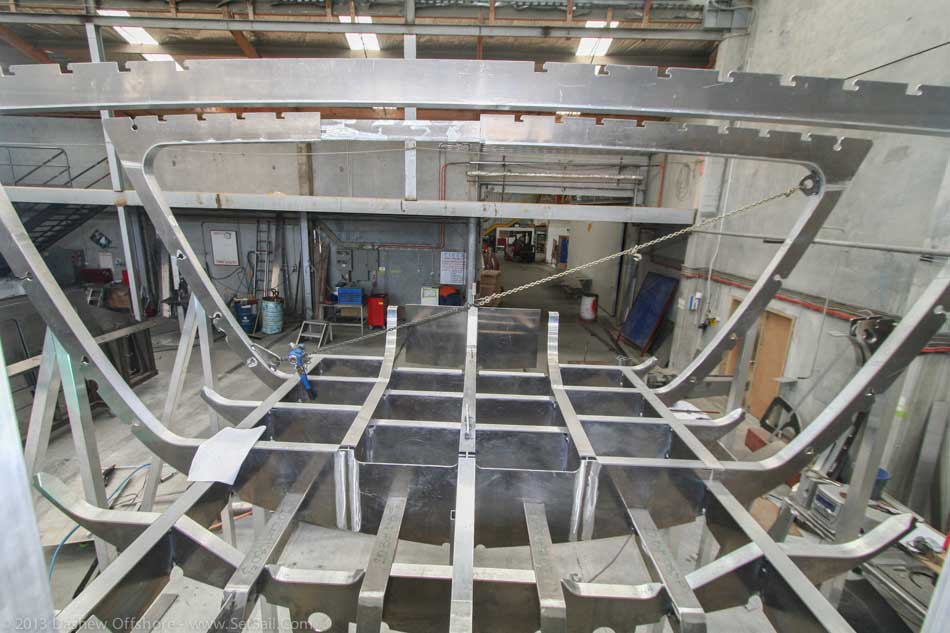 The engine room framing is almost completed, which means plating will be starting before long. 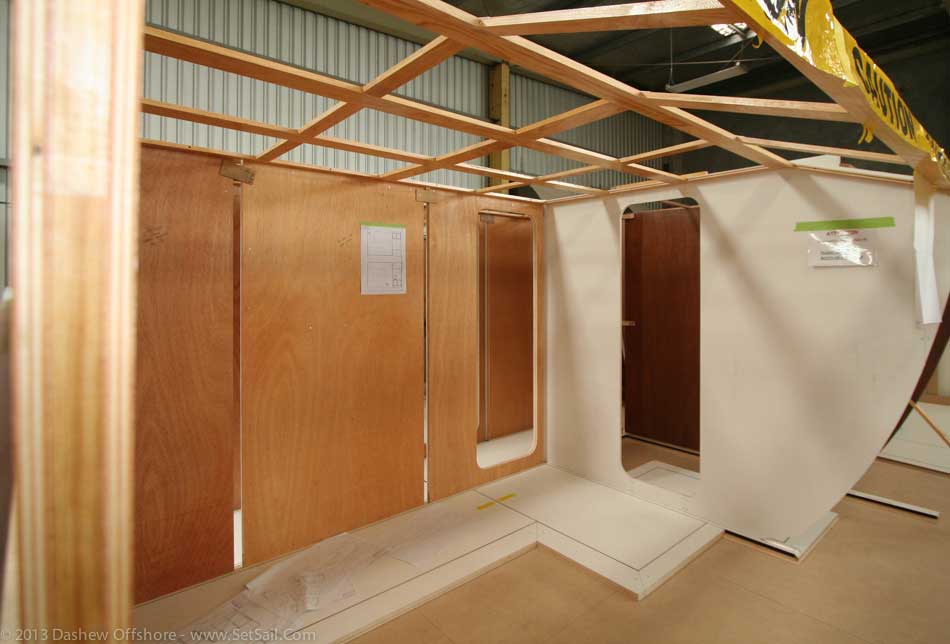 The cabinet shop is now into the guest suites, one of which is shown here.

This entry was posted on Wednesday, February 27th, 2013 at 12:34 am and is filed under three, Wicked FPB 97. Both comments and pings are currently closed.


4 Responses to “Wicked Stabilizer Bosses and Other Details”