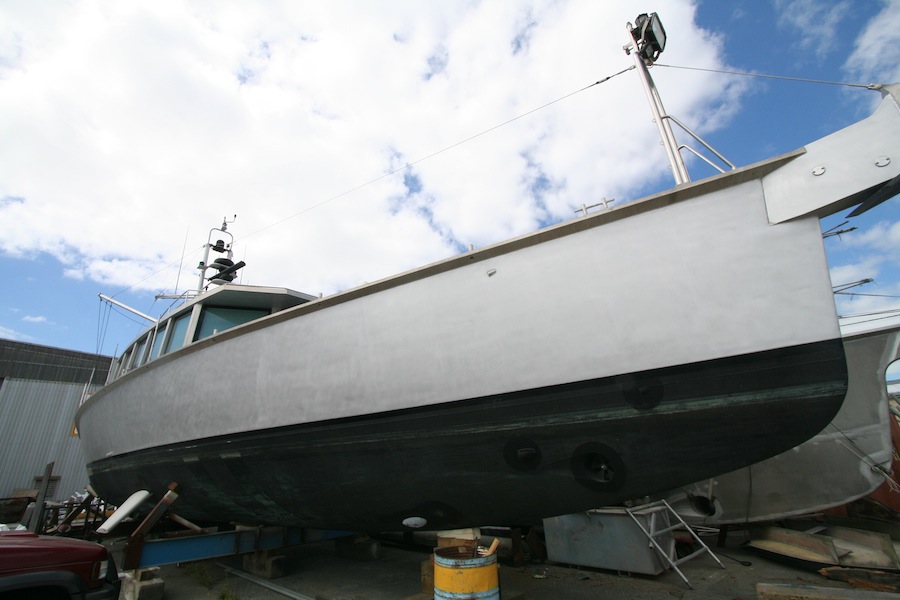 We like the matte gray unobtrusive looks of an aluminum hull that has been exposed to sea water for a year or so. But occasionally after a season of roughing it and sharing the odd harbor rafted to commercial or government vessels,

the topsides become adorned with hard to remove marks from dock/rafting vessel’s tires. This we do not like.

The answer will be found in a Makita grinder and a couple of boxes of Scotchbrite abrasive pads. One can either delegate the operation of said grinder, or do it oneself.

FPB 64-3, Iron Lady, recently got a topside polish, each side taking 40 man hours to complete. This seems like a very reasonable sum, compared to what it takes to keep a GRP hull looking good. On the other hand, there are parts of the world where the down home workboat look fits in better than shine.

It is nice being able to swing both ways. 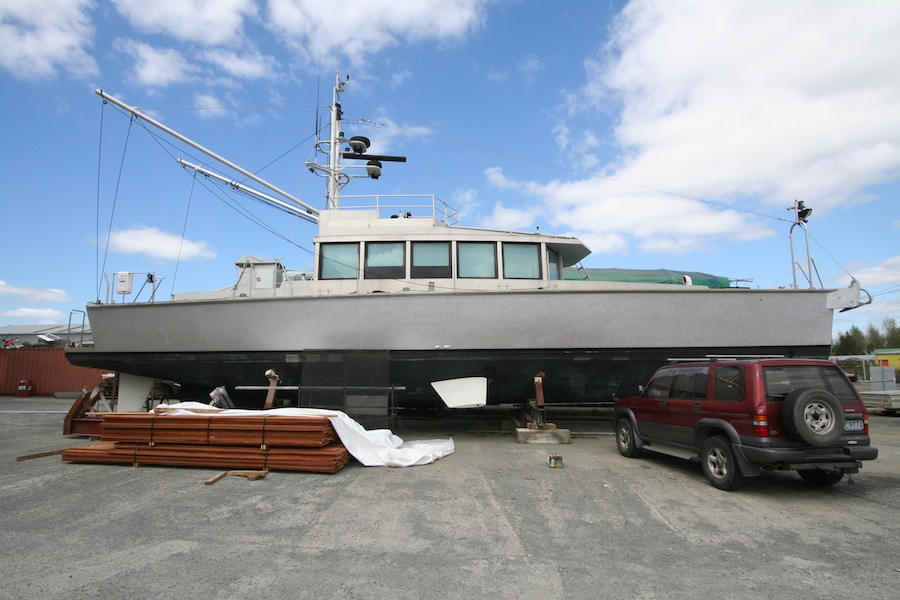 This entry was posted on Wednesday, March 6th, 2013 at 9:09 pm and is filed under Dashew Logs, three. Both comments and pings are currently closed.