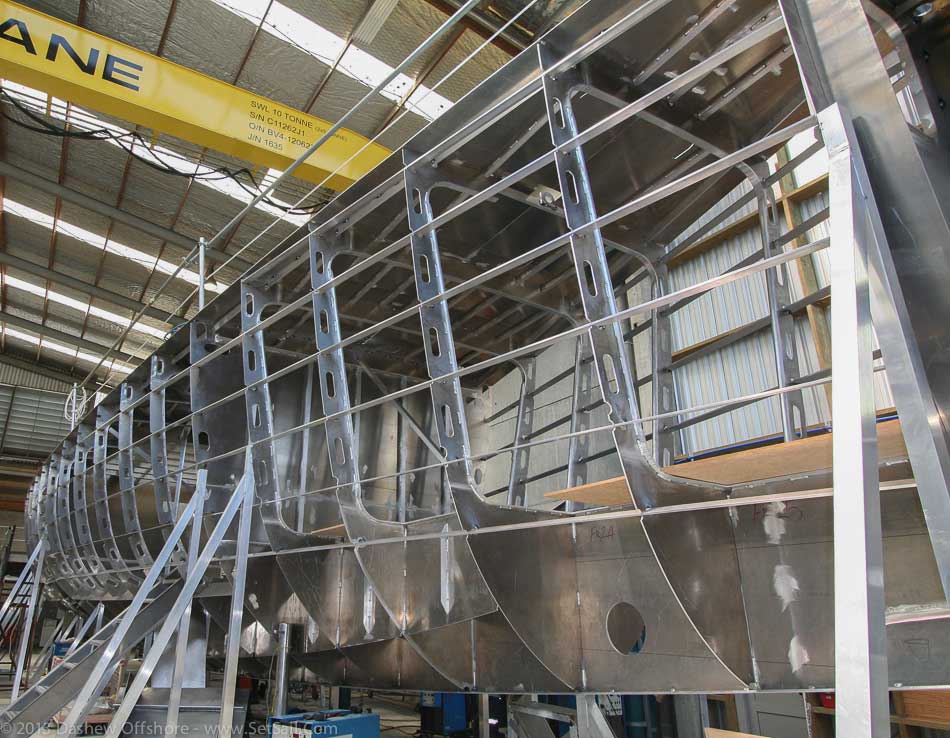 It is that time when the real fun begins, the execution of which separates men from boys, and where the wheeling is now in earnest. 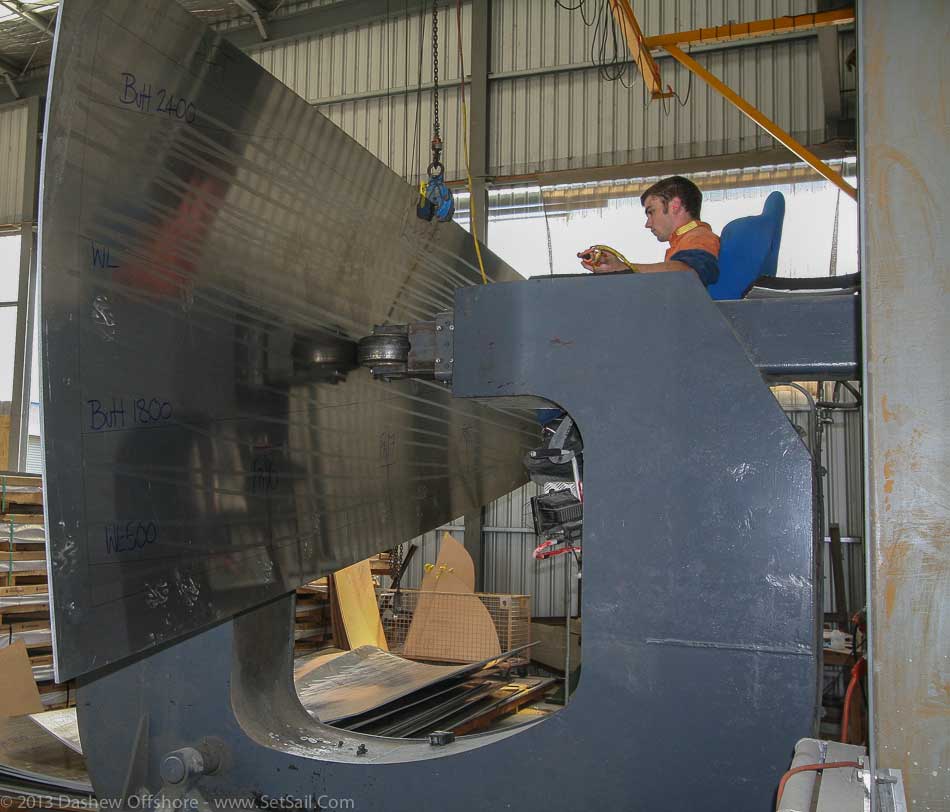 We speak of plating time. 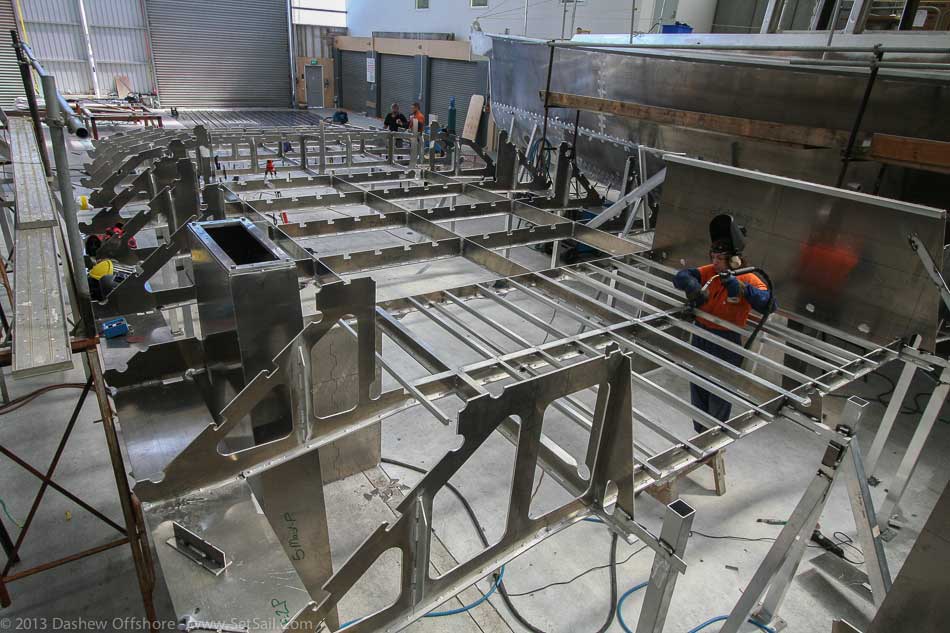 Now that the hull framing in nearly complete, the roof structure is being prepared for plating as well. 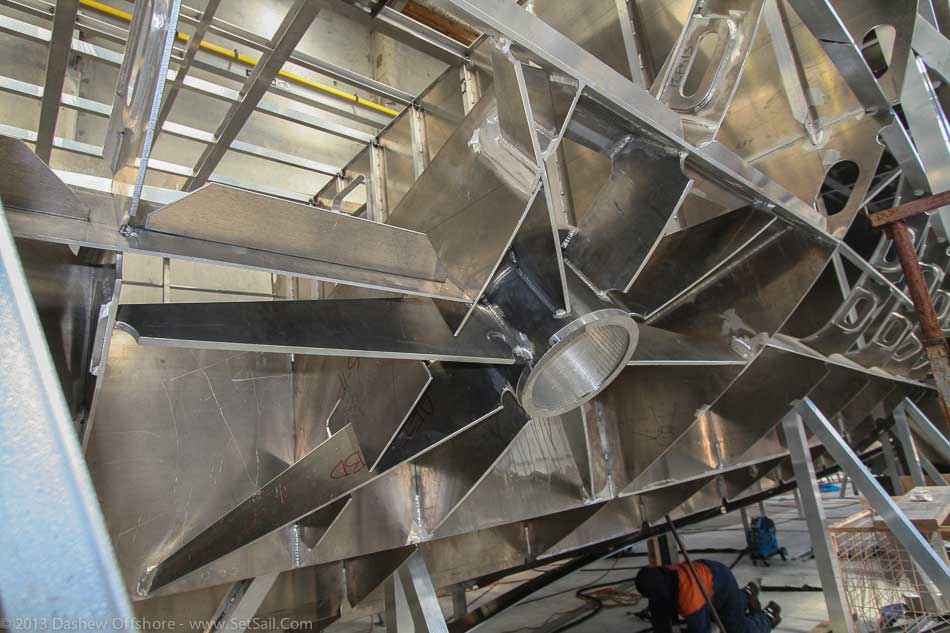 A final look at the stabilizer insert and its local stiffening. 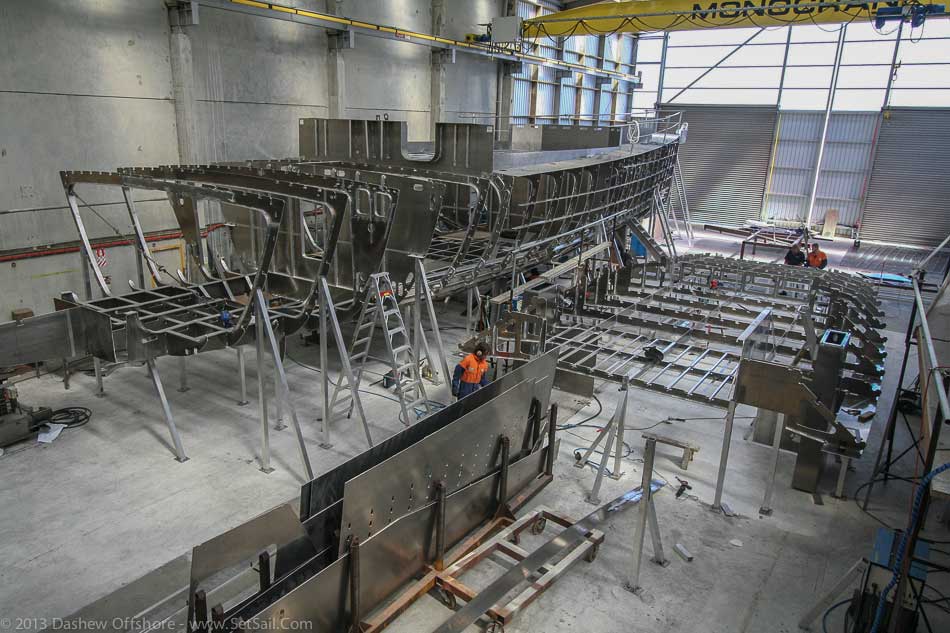 Finally, an overview giving some scale to both roof structure and the Wicked FPB 97 hull. 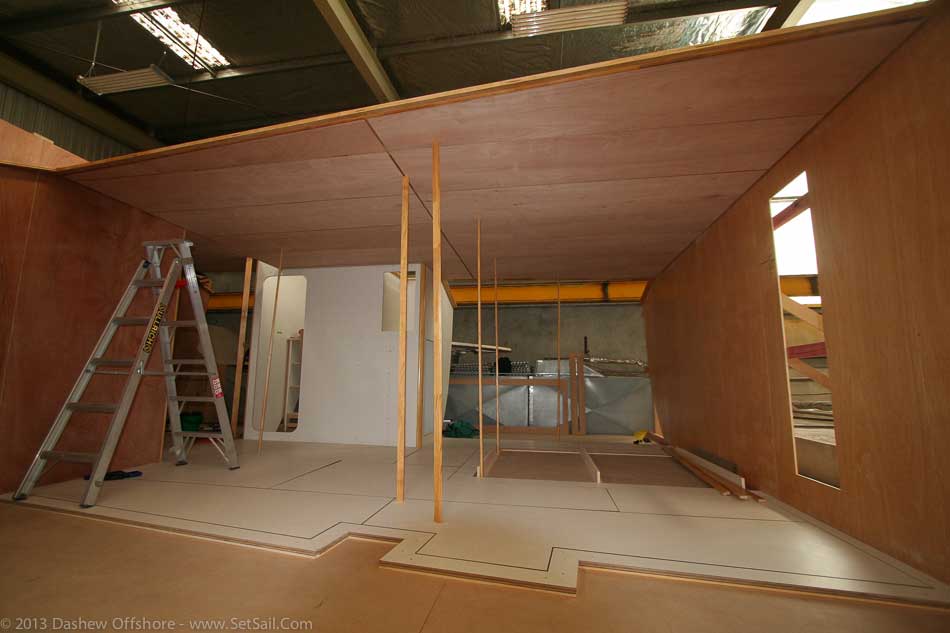 But wait, there is more. Forward suite furniture has been disassembled, and headliner panels are mocked  up.

This entry was posted on Thursday, March 7th, 2013 at 10:20 pm and is filed under Dashew Logs, three, Wicked FPB 97. Both comments and pings are currently closed.


3 Responses to “Let The Plating Begin”