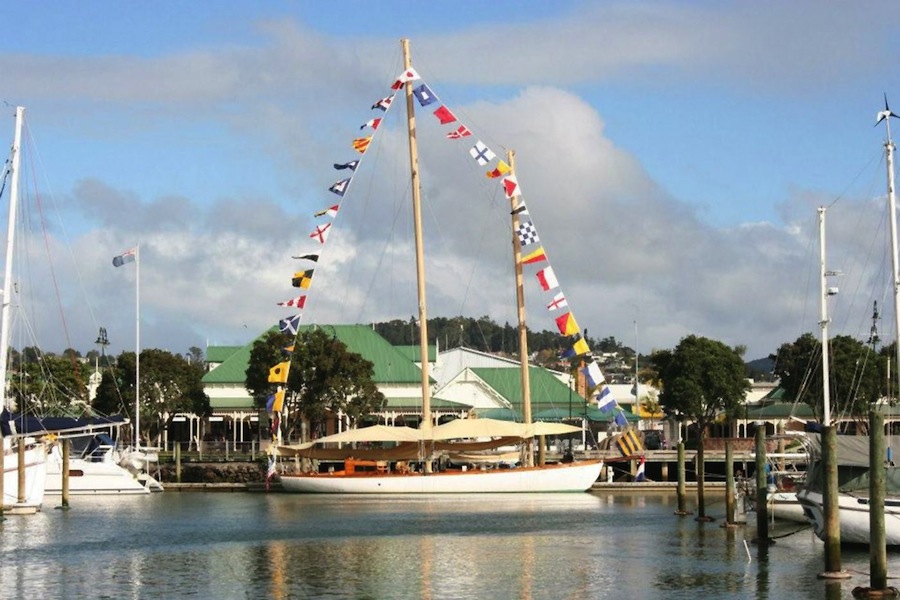 We have recently learned that the 85 year-old wooden Schooner Nina has gone missing at sea, after leaving New Zealand for Australia May 29. We are deeply concerned for all aboard.

The photo above shows Nina in Whangarei’s Town Basin earlier this year. We have shared many anchorages with this lovely ship over the last 30 years, she was won her fair share of ocean races, and we are hoping against hope that she will turn up unscathed.

Apparently Nina’s crew were mired in the same frontal system that FPB 64-7 Buffalo Nickel used their speed to divert course and outrun on their way to Fiji. On June 3, they called weather guru Bob McDavitt to ask for advice on tactics. Bob advised them to head south and brace for a storm with high winds and big seas. He received a last text the following day, requesting an update for advice. That was the last communication anyone has received. Winds were upwards of 65 knots with 8m/26ft waves. Aerial search efforts have thus far proved fruitless.

According to newspaper reports, skipper/owner David Dyche and his family are experienced seamen, and in the midst of a several year circumnavigation. We had the pleasure of admiring Nina dockside when we were down in Whangarei in January. All our thoughts are with the ship’s crew and loved ones.

To read about the situation on the New York Times site: click here.

To read about it on Yahoo news: click here.

This entry was posted on Friday, June 28th, 2013 at 5:46 pm and is filed under Dashew Logs, four. Both comments and pings are currently closed.


4 Responses to “Concern For Missing Schooner Nina – Posted By Sarah”