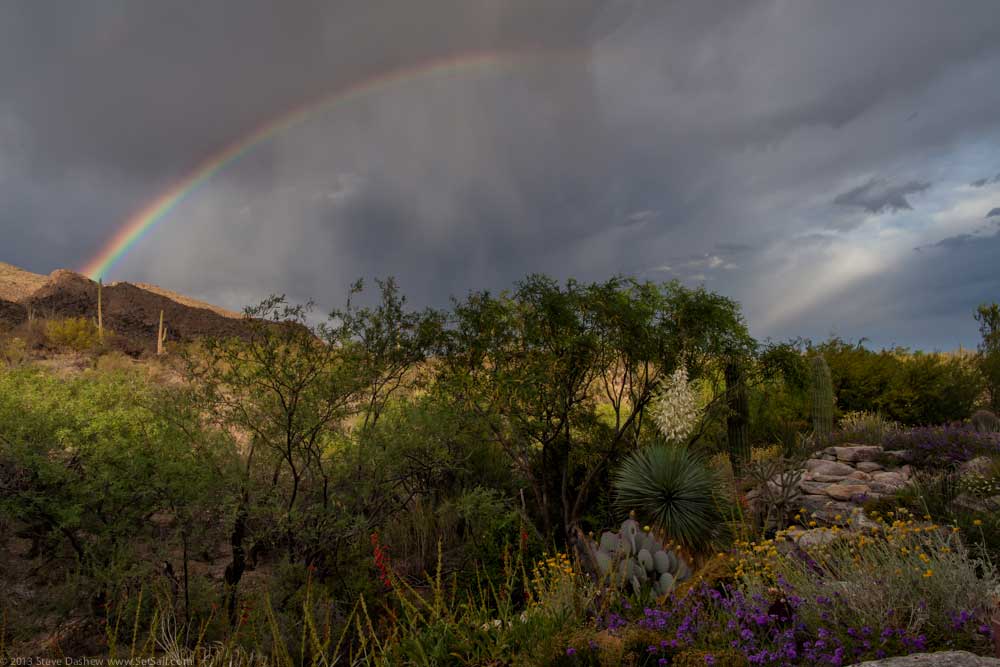 It is the season of renewal, for those afloat and others afflicted with landed status. In the South Pacific there are two FPB 64s about to depart for points north and a third already heading west, with a fourth now in the Islands. The SetSail contingent? Stuck in Arizona viewing from afar, and…thinking about how good it used to feel to have the boat loaded with stores, ready to leave, watching the weather patterns for just the right moment, while dreaming about the smell of those enveloping tropical breezes behind a reef somewhere in the South Pacific. 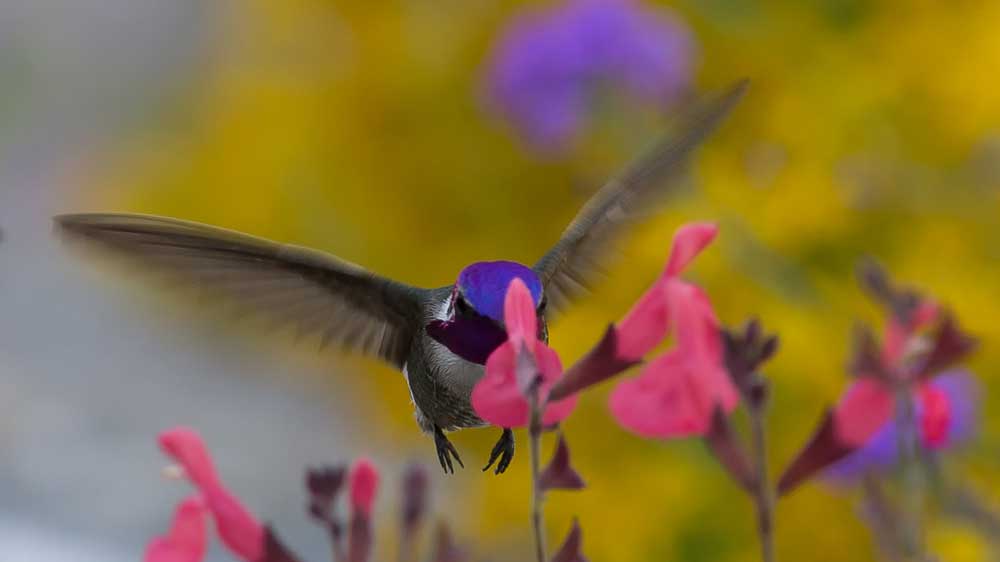 Are we missing it? You bet. But we do have some consolation. 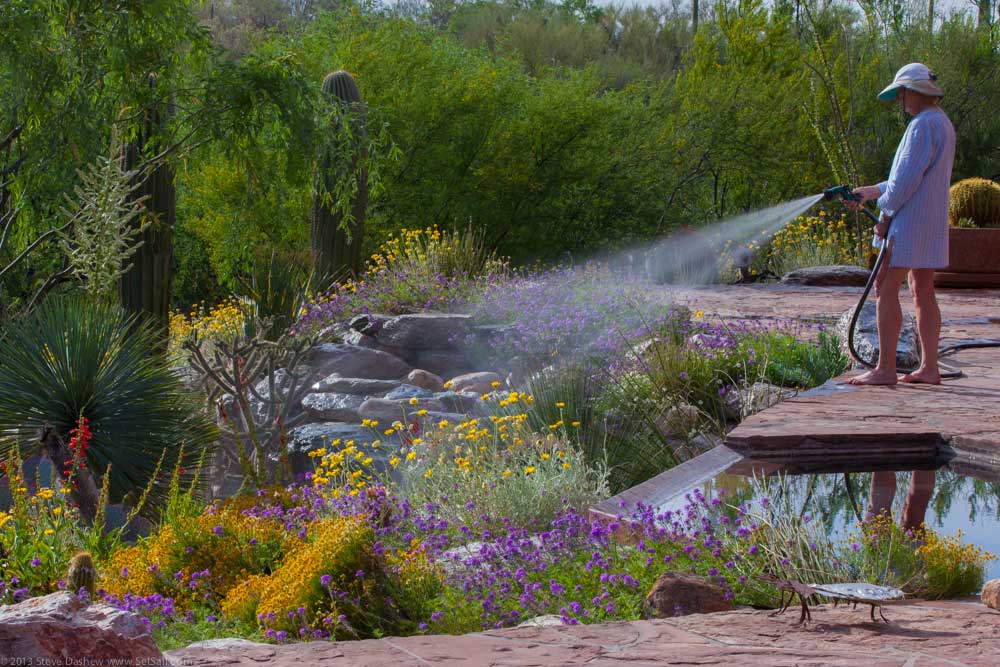 Off the aft deck the desert is doing what it can to hold us with its beauty. 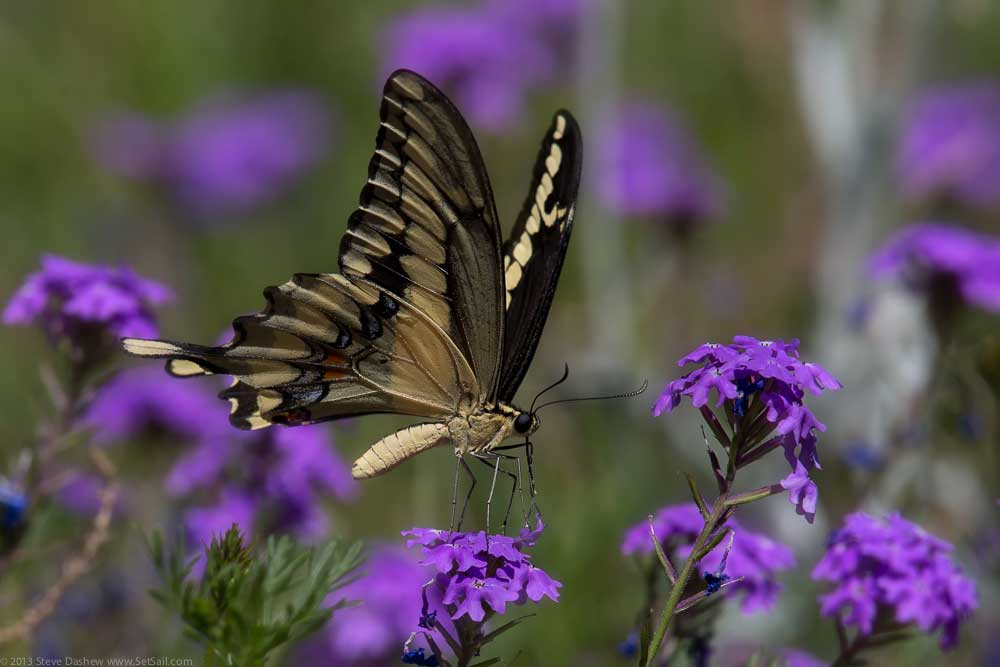 Every morning there is some new development. 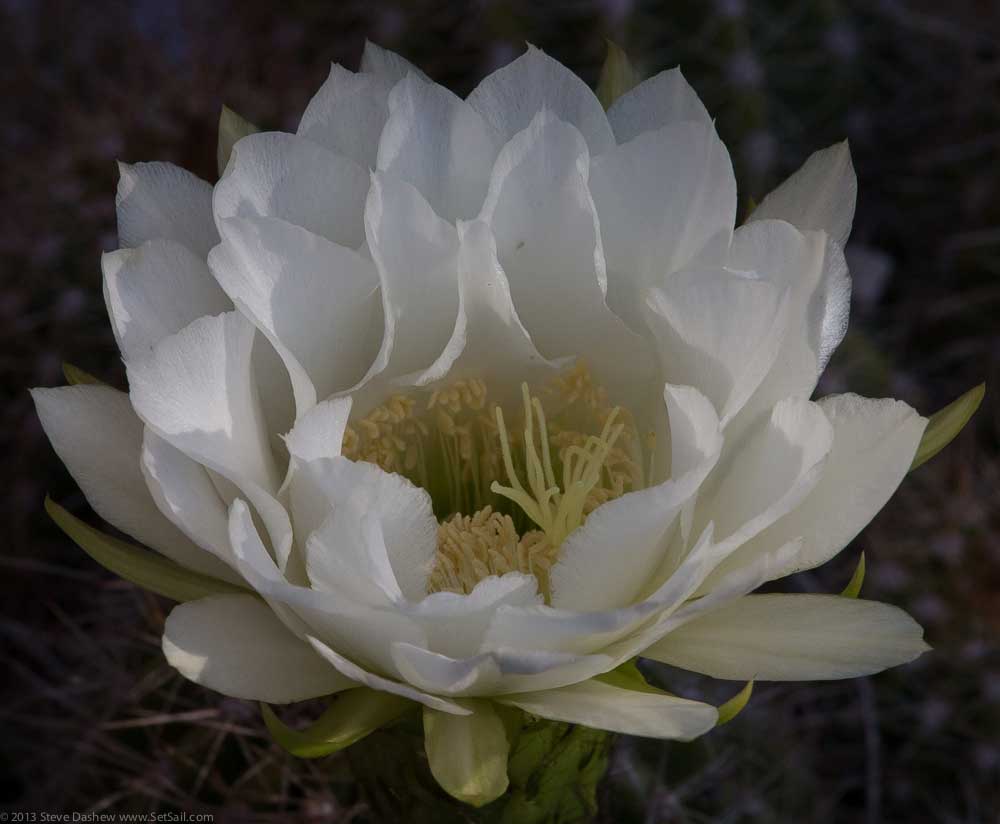 A night bloom may be fully open, flaunting its sexy interior. 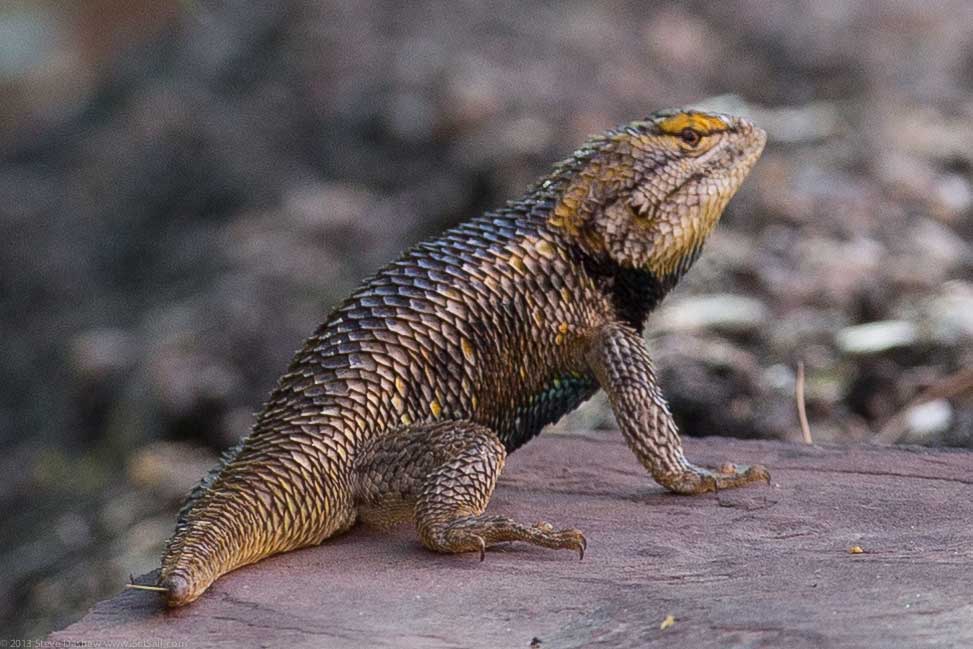 And there are always critters of amazing variety. 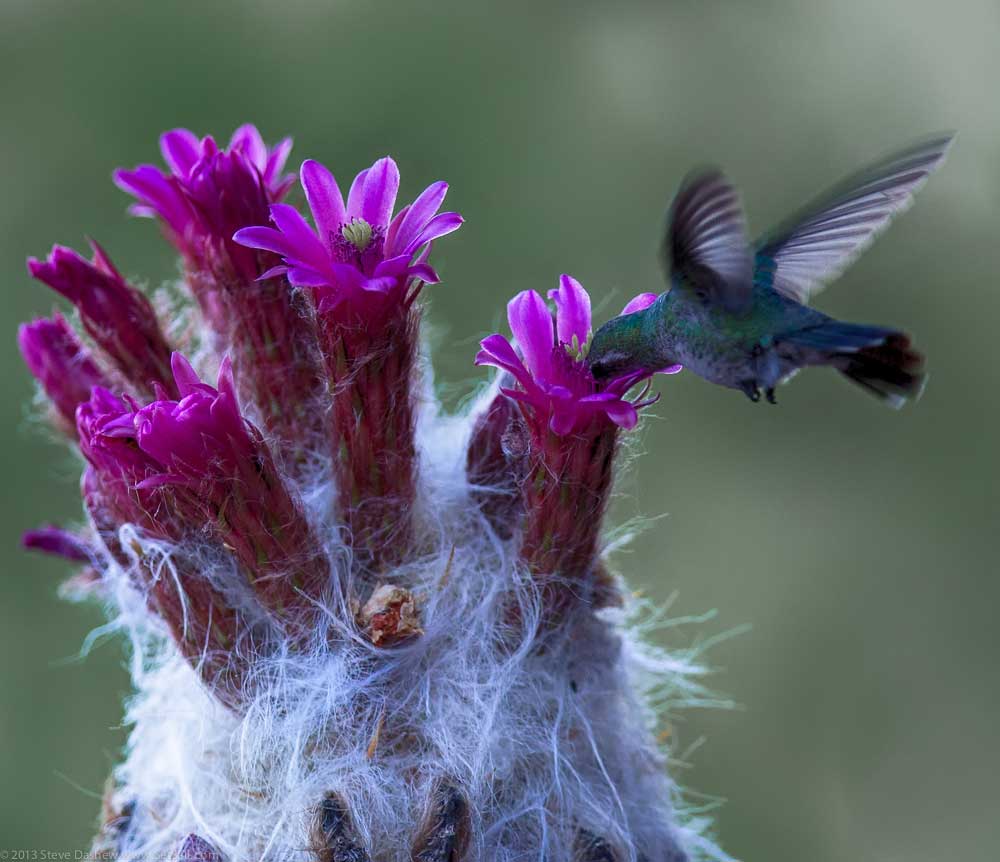 Our favorites are the hummingbirds. They have become friends, posing just beyond the minimum focus distance for our 400mm telephoto (2.7m). Accustomed to our presence, they come back again and again to drink this nectar of the gods. 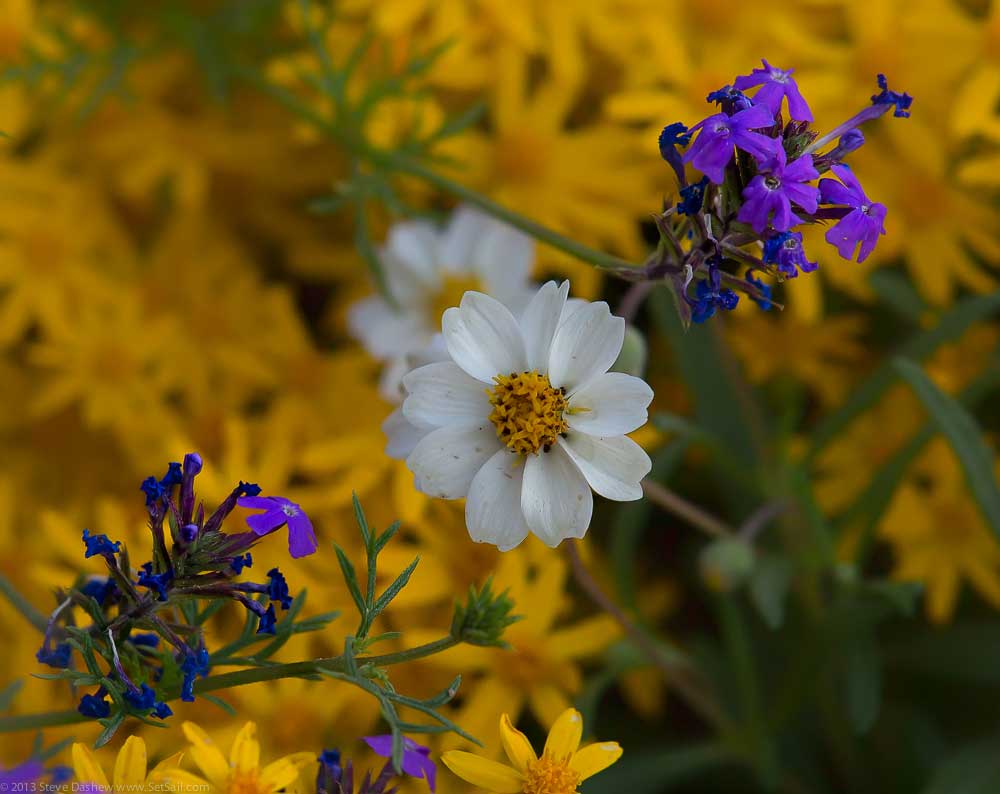 The photos in this post are a small part of the thousands we have taken in between Skype calls, computing, and the day to day affairs of cruisers who now realize they are not yet ready for full time ashore. 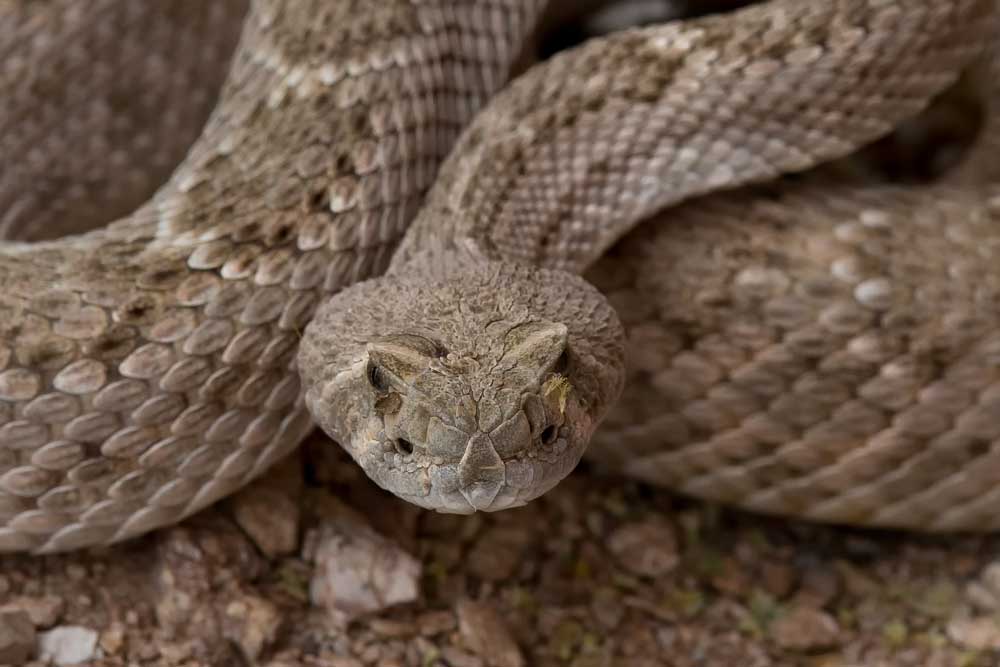 This is called an Arizona watch dog.

To those who think that land is comforting, and the life afloat one of risk, we offer this guardian of our back yard. Yes, taken adjacent to the deck where we often walk. Look at his coloring, and the surrounding terrain. You might as well be looking for bergy bits drifting down wind of an iceberg in a gale, surrounded by fog.  One love bite and your life, if you survive, is going to be a lot different. Give us a storm at sea any day! 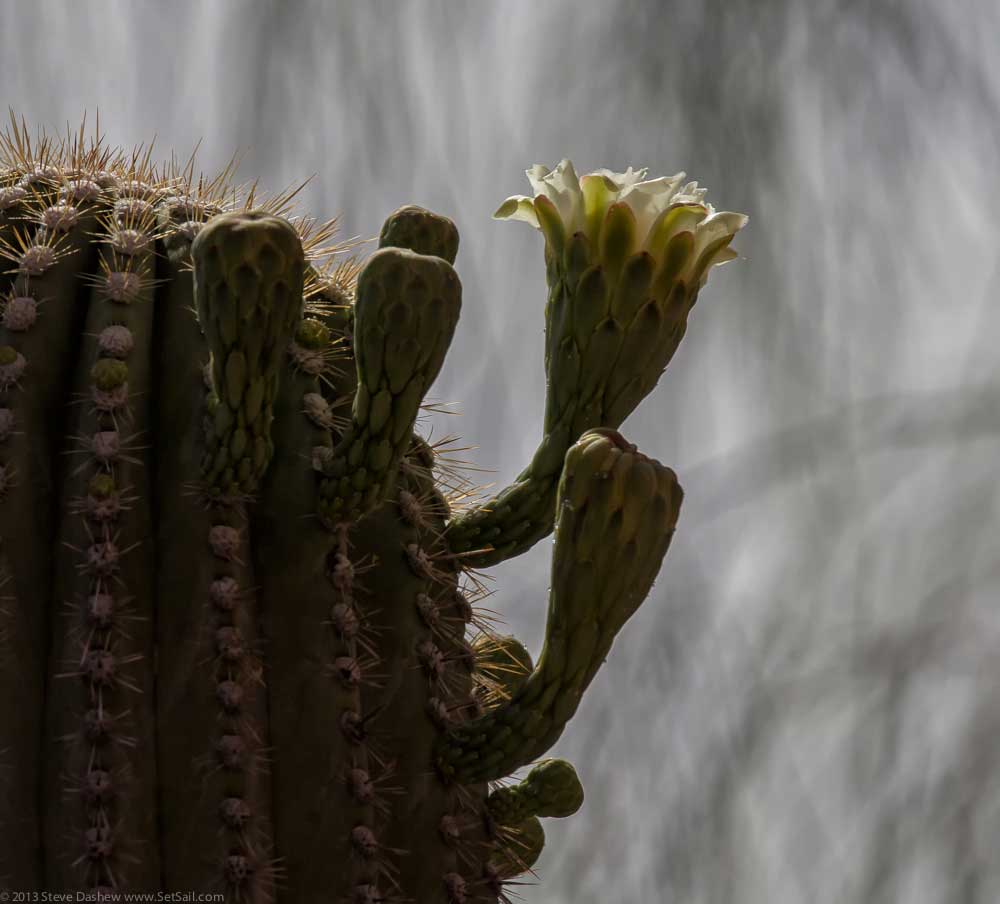 If it weren’t for FPBs heading off on their cruises we might temporarily lose ourselves in this loveliness. And while we do adore the desert, especially at this time of year, without a boat we are stuck That ultimate form of freedom, to move when and where we want (weather permitting of course), is gone. 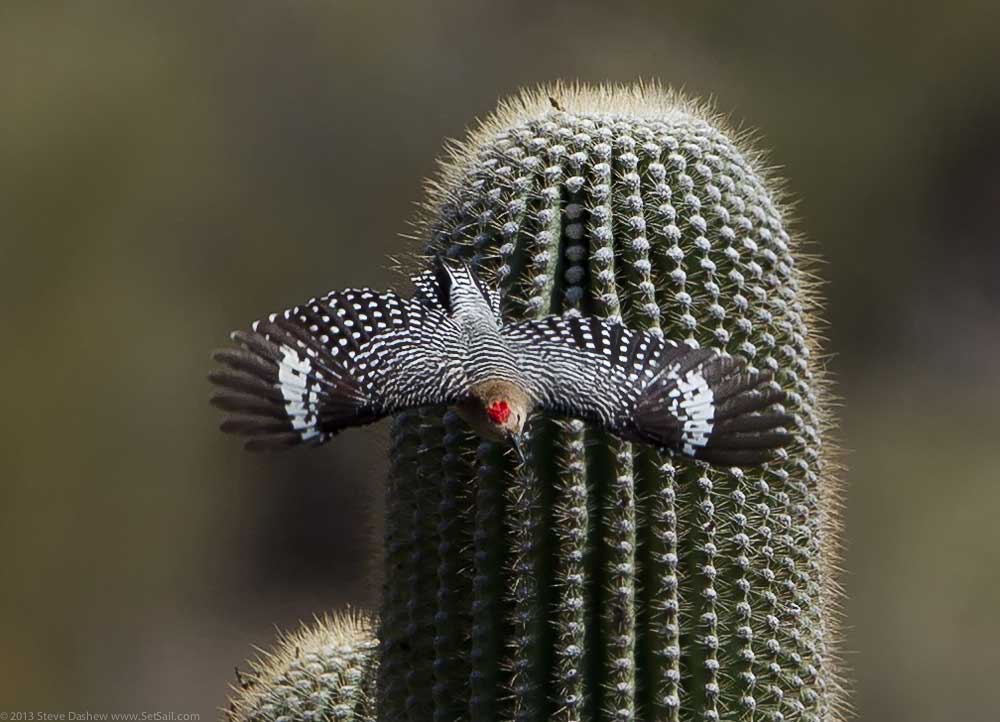 Something needs to be done about this state of affairs. 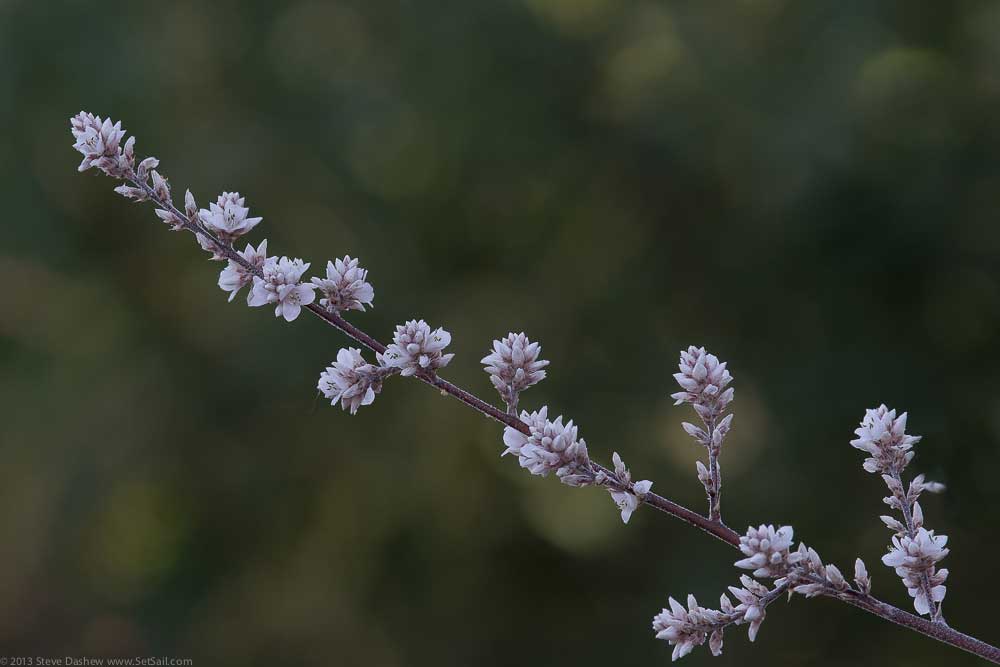 Stay put in one anchorage? Forever? 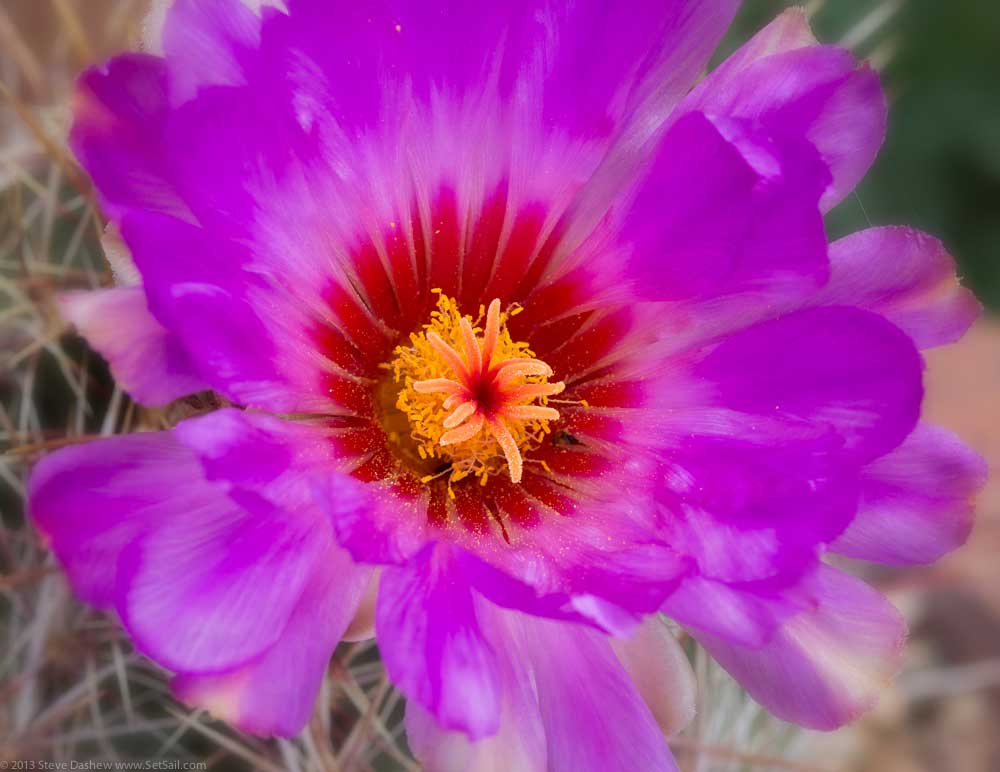 Even the most intriguing locations, be it St Kathryn’s dock adjacent to the Tower of London, Magdelena Bay at 79 degrees north in Svalbard, or Hanavave on Fatu Hiva in the Marquesas, grows old after a while. 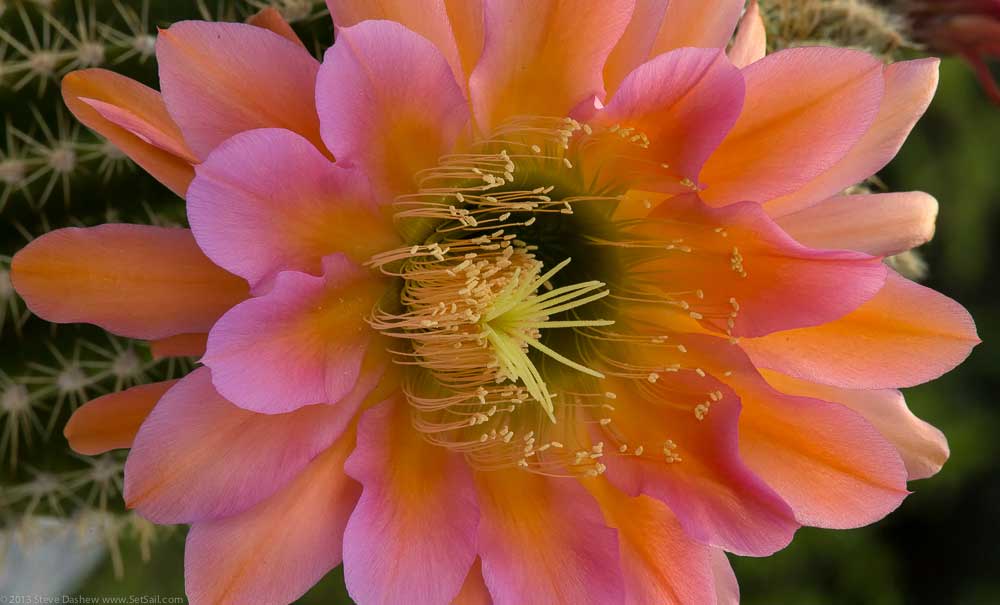 Of course the land bound individual does have the option of driving hither and yon. And there are some amazing sights to see, especially in the Southwest. 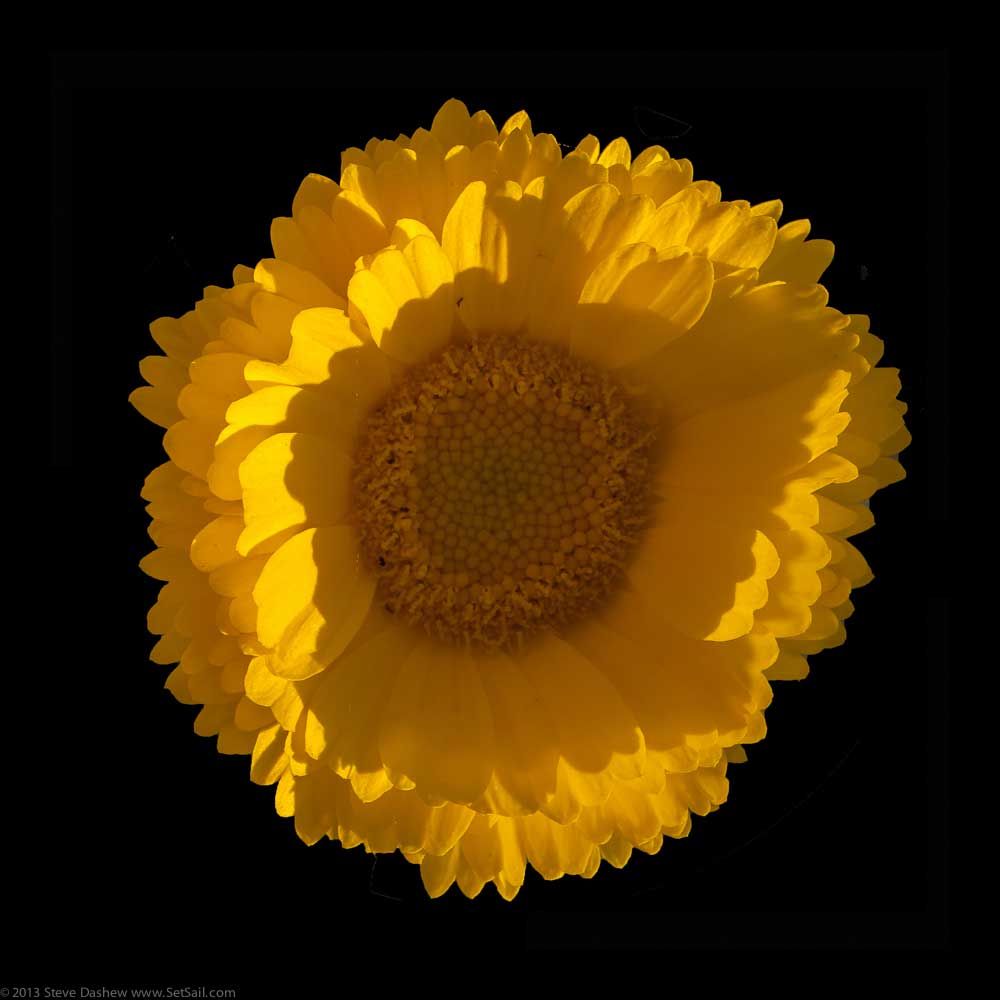 And we will give this a try. 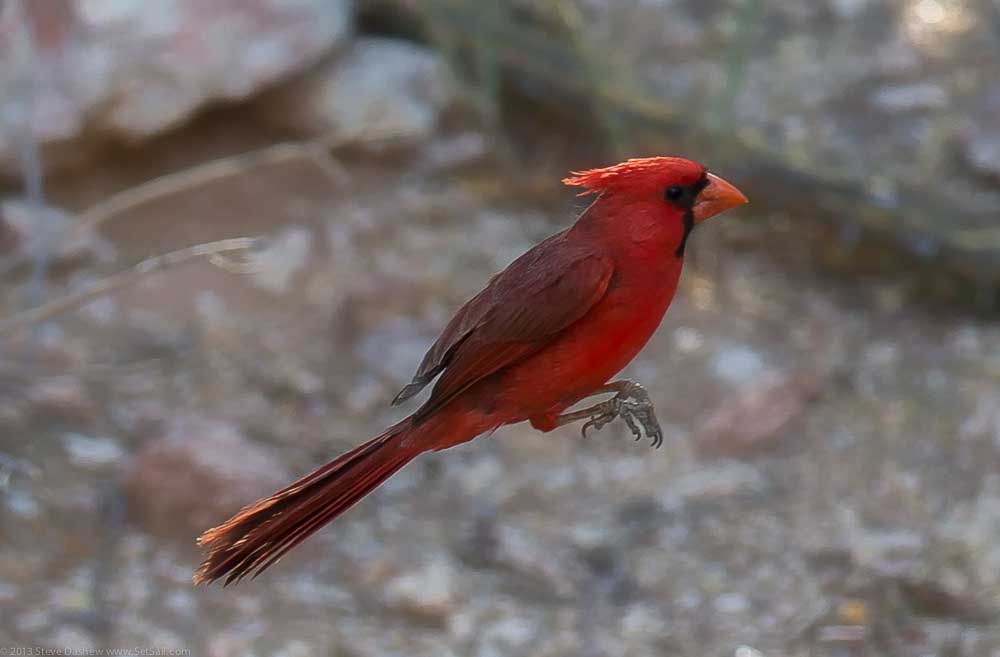 But right now we are missing the seagoing season of renewal, and we are seriously thinking of making a jump. 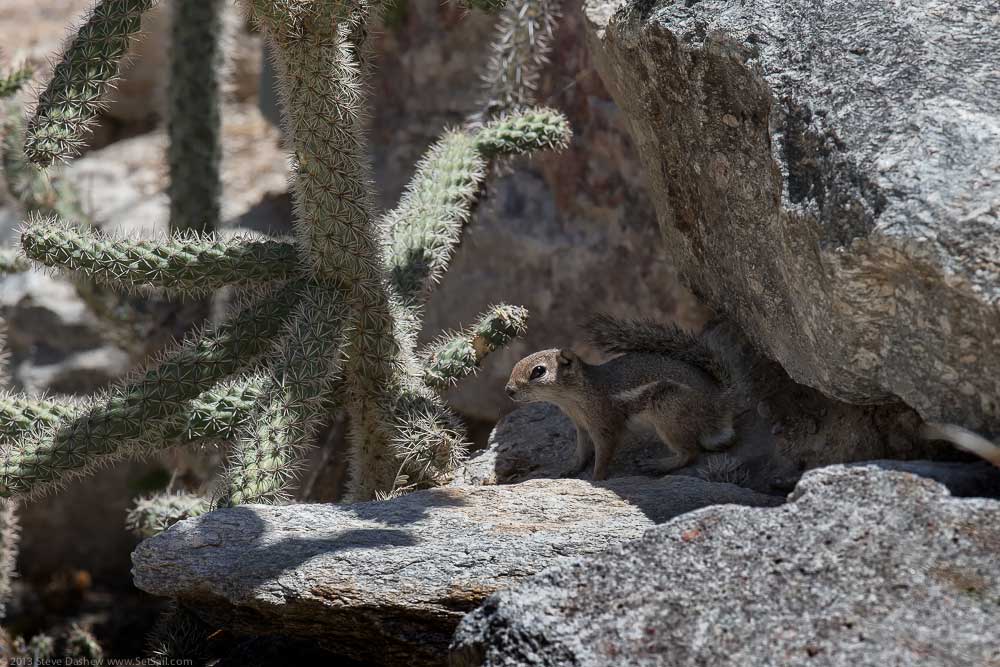 And contemplating to what, how, when, where. Options are numerous. 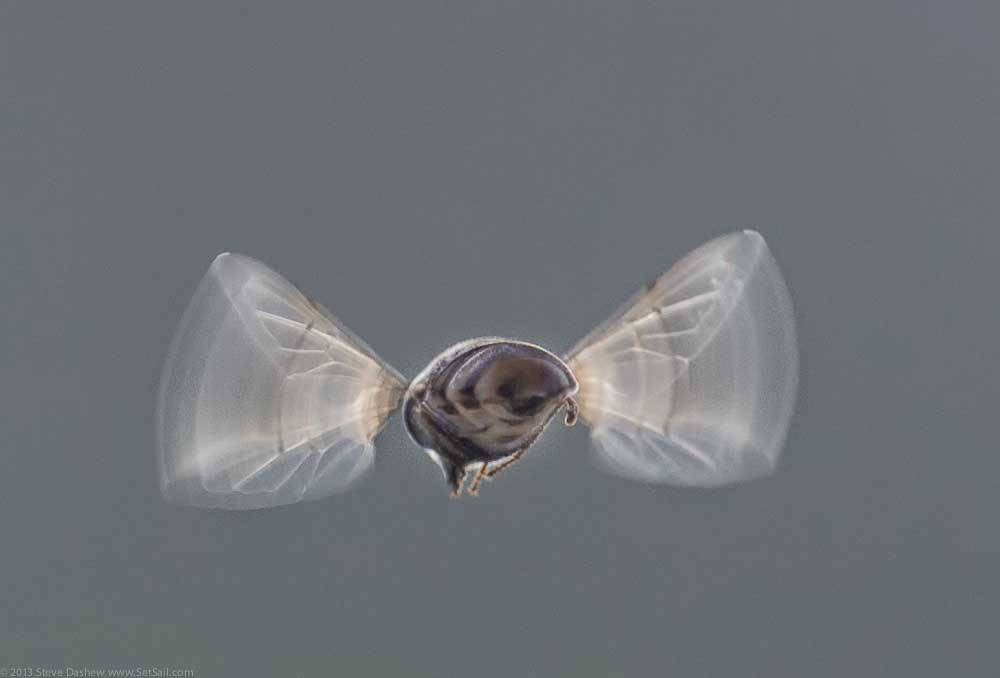 The term busy as bees would be apt. 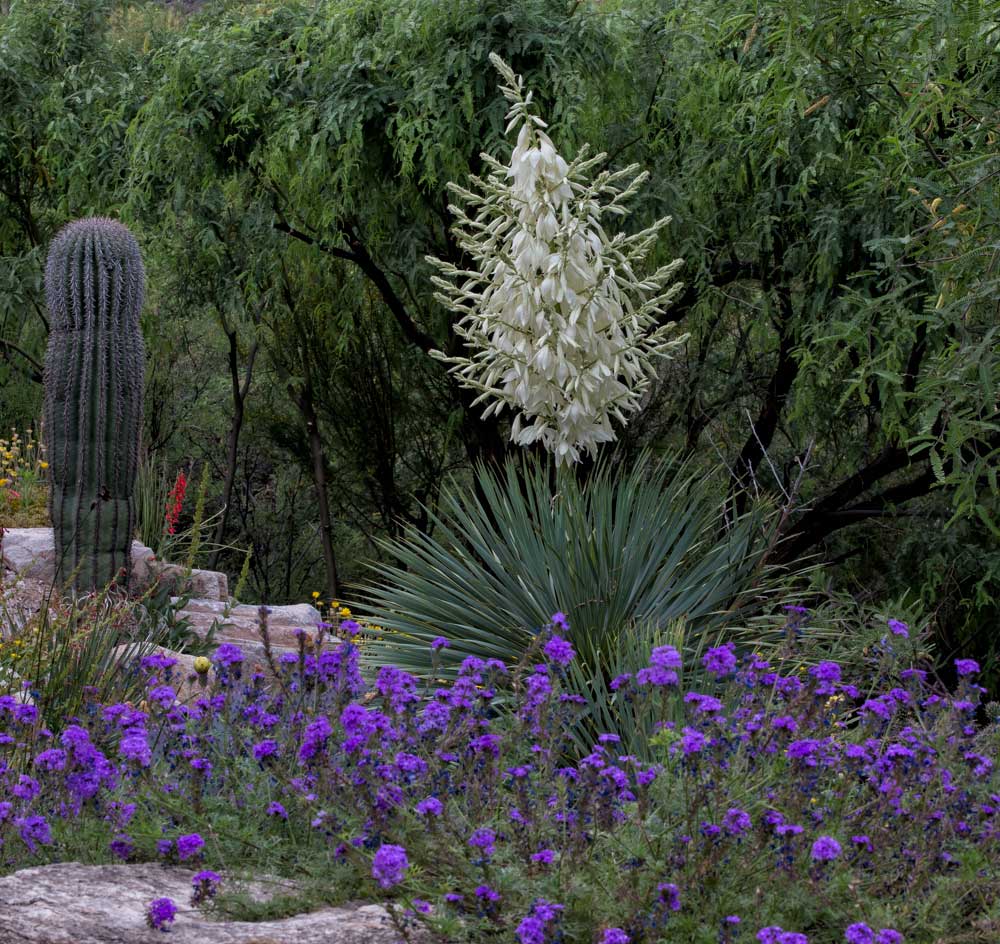 Ideas are springing forth, blossoming, being investigated. 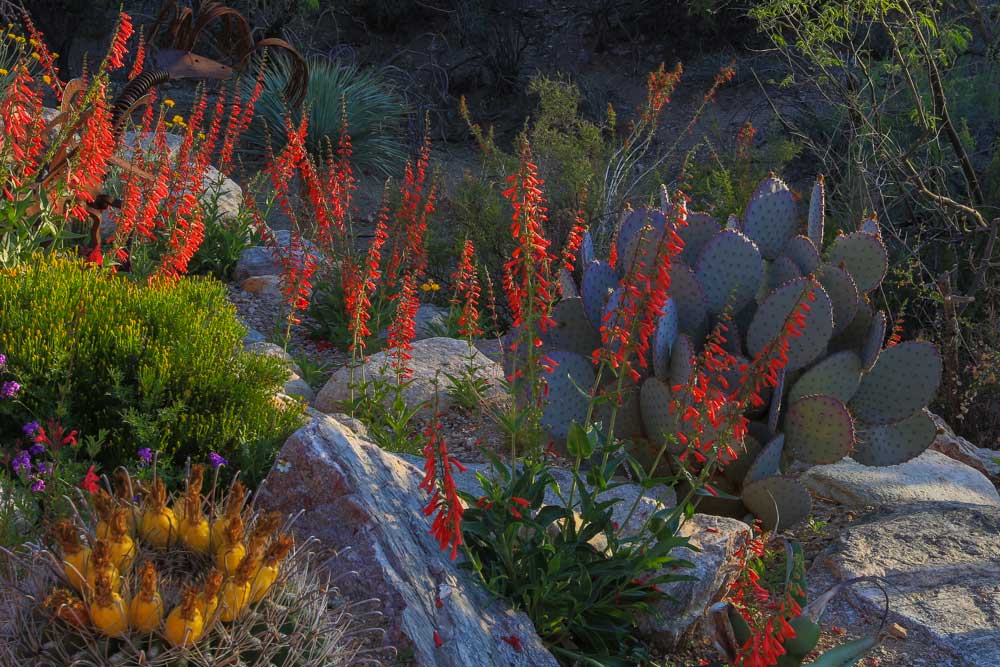 There is no limit to the variety of concepts. We are in fact trying to decide what we want to do when we grow up, as we might actually have arrived at this stage in life. 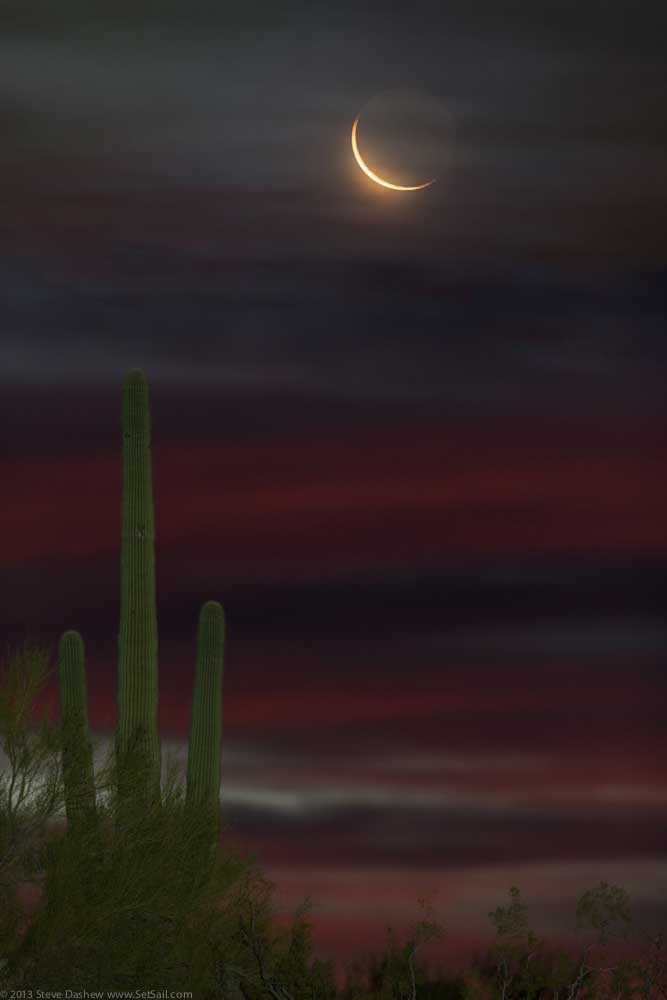 This is a lot like the lunar cycle. A new moon brings with it the promise of unlimited options in the night sky. 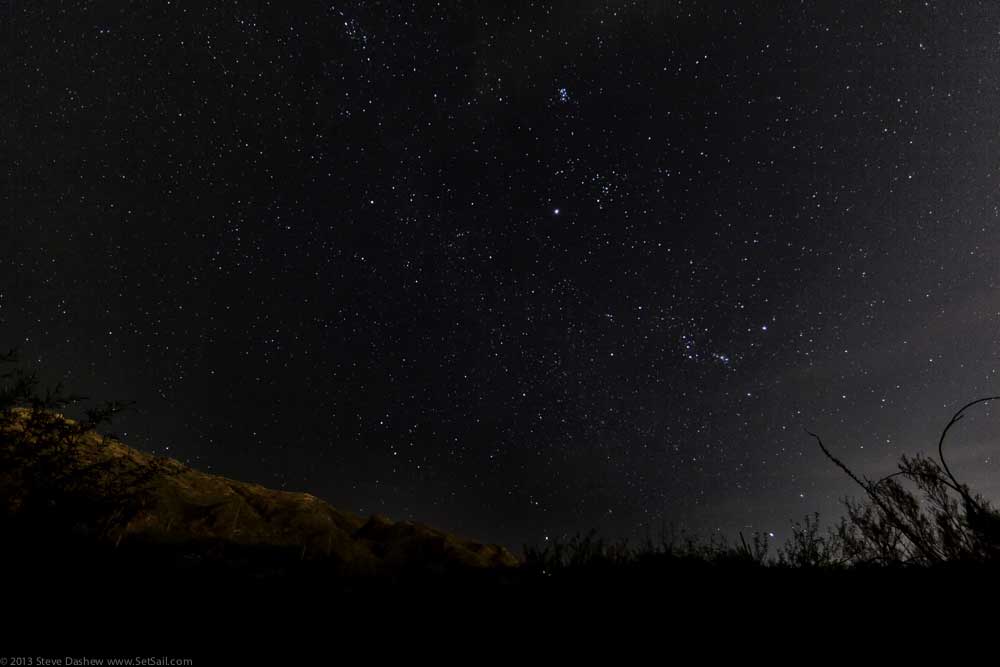 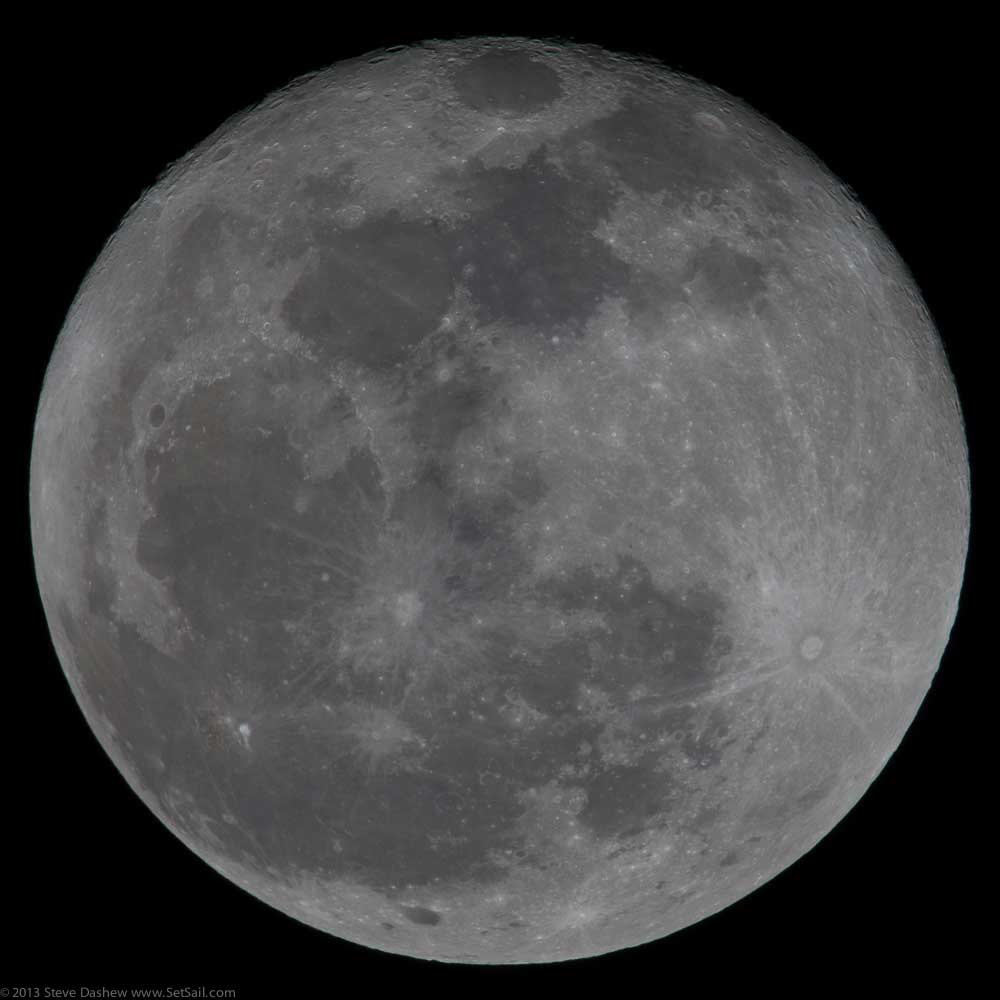 Perhaps even an answer to the ultimate riddle. 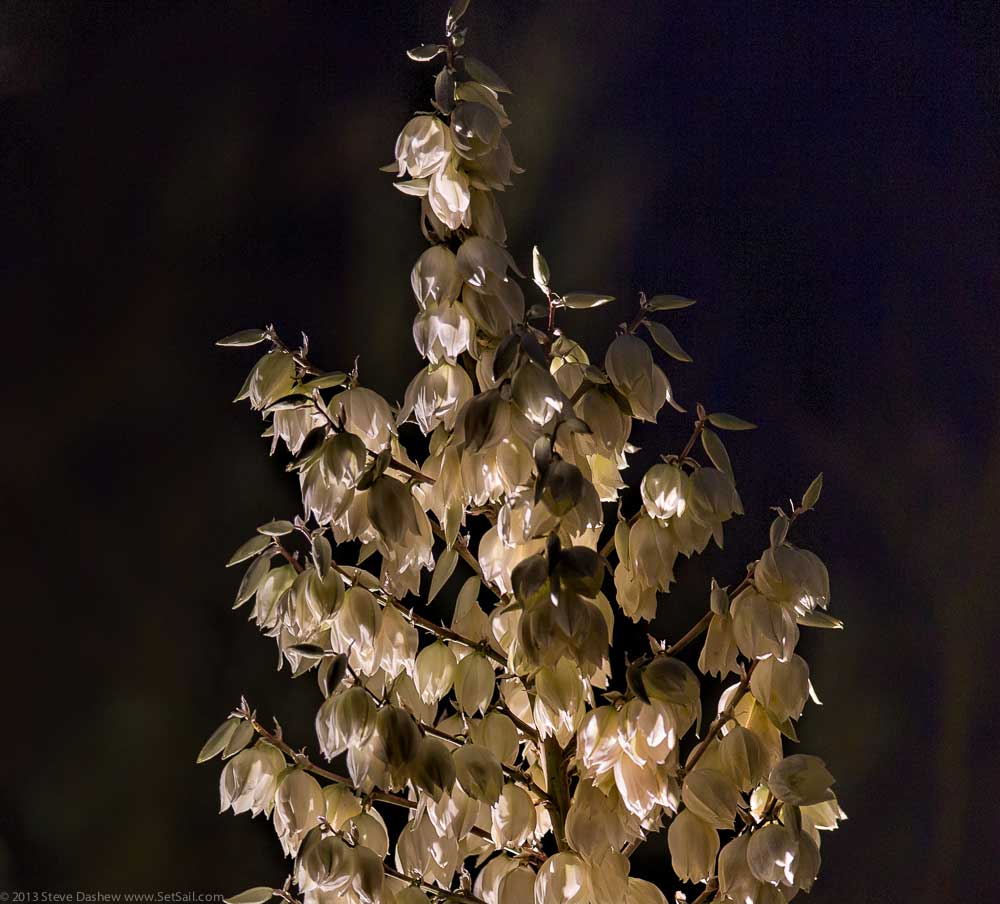 Meanwhile, back in the light, 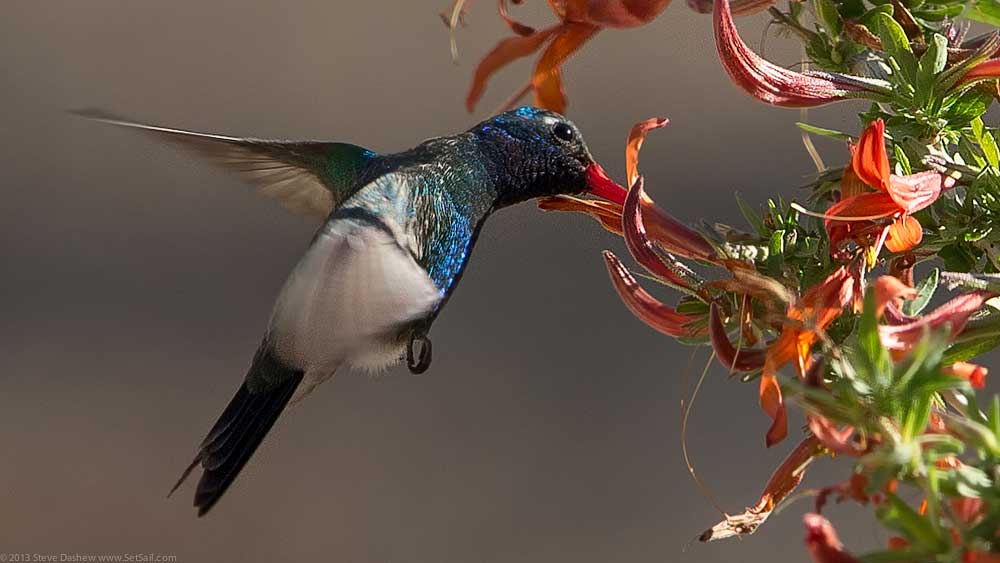 we are drinking in the beauty, 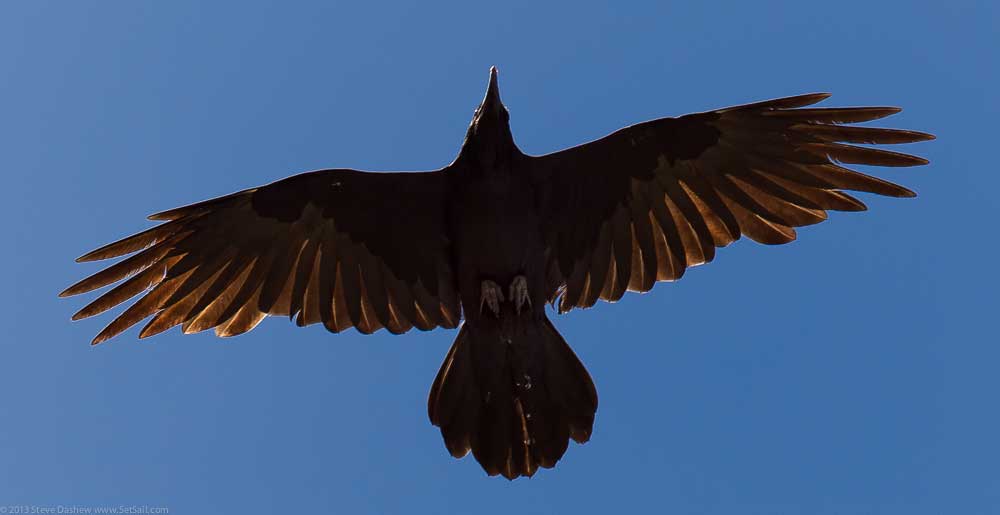 circling to gain altitude, while thinking about what lies beyond the horizon. 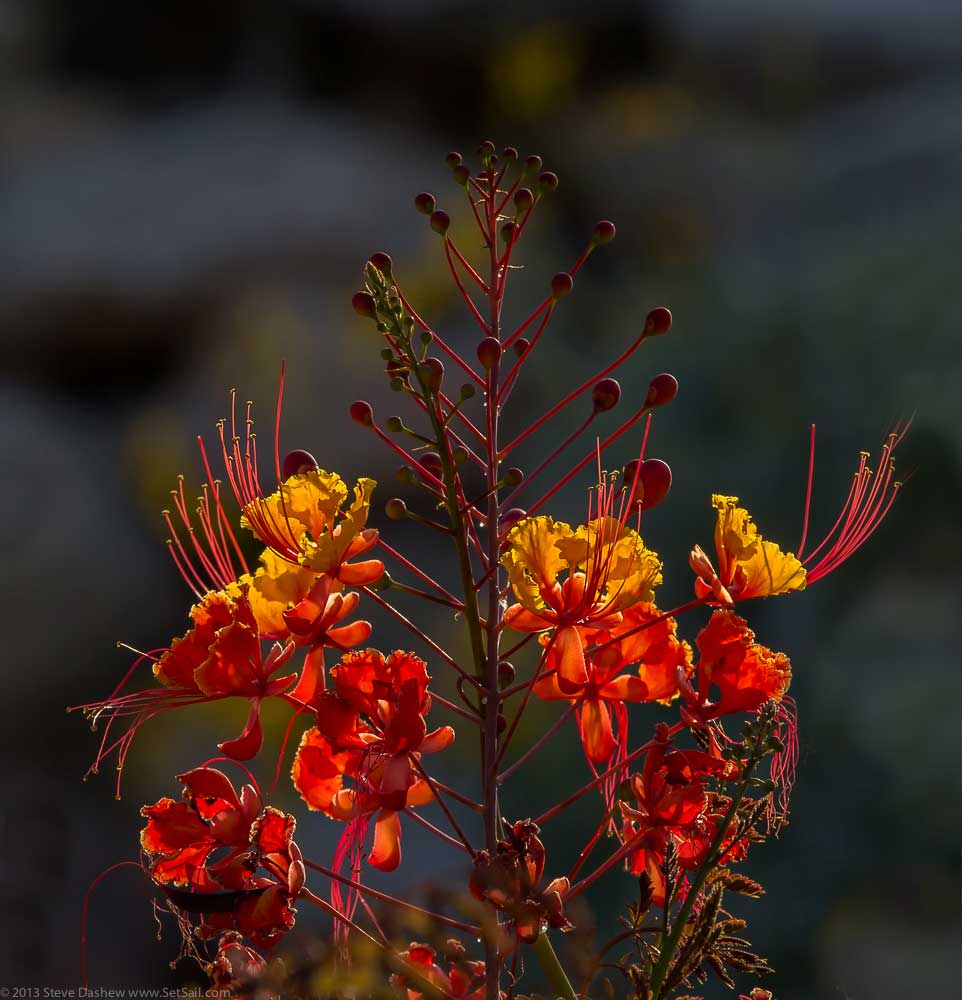 This entry was posted on Wednesday, May 22nd, 2013 at 12:01 am and is filed under Dashew Logs, four. Both comments and pings are currently closed.


11 Responses to “Cruising Season of Renewal”