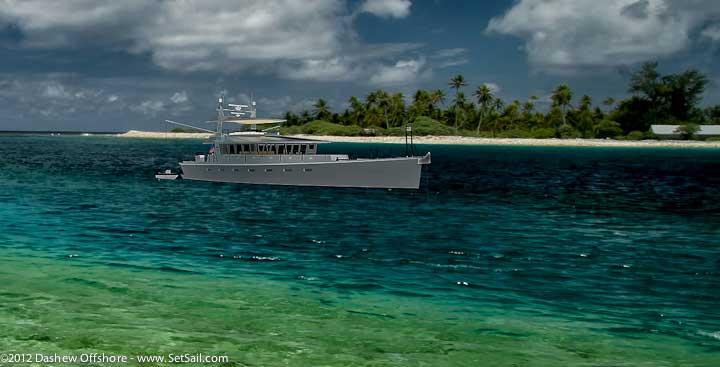 Fanning Atoll is one of those magical places rarely visited by cruising yachts. The lagoon is beautiful, the islanders friendly, and if you happen to be transiting the Pacific to the north during hurricane season, it is the perfect place to wait until you have a clear run up to Hawaii.

Fanning lies close enough to the equator to be out of the hurricane belt. What you are waiting for is a period of clear weather to the east, allowing the passage to Hawaii without worrying about a hurricane chasing you.

The weather window required is a function of the boat speed you are 100% certain you can average. At 11.7 knots, you need just three and a half days. You’ll find two or three times as many windows at this speed as opposed to at eight knots and five days.

The window for the Wicked FPB opens this weekend. Stay tuned.

This entry was posted on Friday, February 10th, 2012 at 7:33 pm and is filed under Dashew Logs, Wicked FPB 97. Both comments and pings are currently closed.


4 Responses to “Fanning The Wicked Flames”