The Deck Yet To Be Named Layout Is Officially Finished 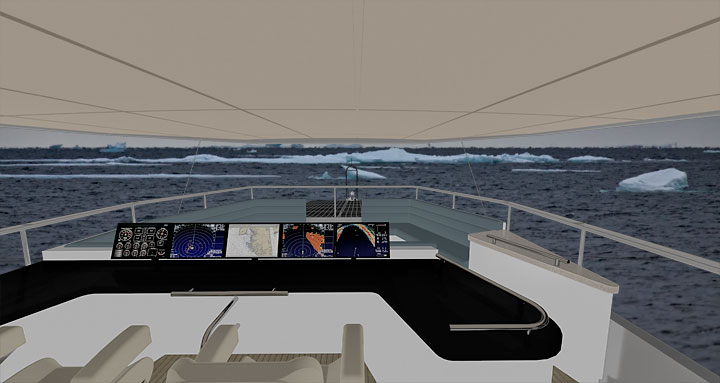 In celebration of a final layout for the deck yet to be named, we offer the rendering above with a challenge.

Can anyone tell us where this is?  One of the two radar screens matches the sea ahead. That is a hint.

This entry was posted on Friday, February 10th, 2012 at 2:37 am and is filed under Dashew Logs, Wicked FPB 97. Both comments and pings are currently closed.