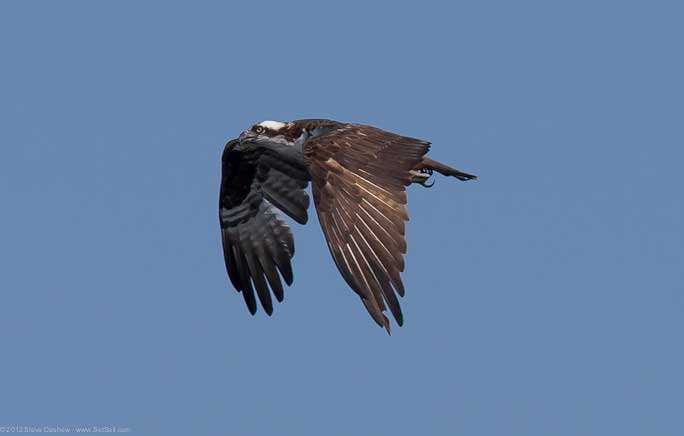 It is no secret that one of the things we enjoy most about cruising are the wildlife experiences that come our way. Having become temporary inhabitants of Pulpit Harbor, we have taken more than a passing interest in the efforts of the osprey parents to get their chicks into the air. Several times a day a parent would land at the rock nest which guards the harbor entrance, and vigorously flap its wings, setting an example for their progeny. There had been no takers, until today. We have now had the immeasurable pleasure of watching a young osprey experience the joys of aviation for the first time. 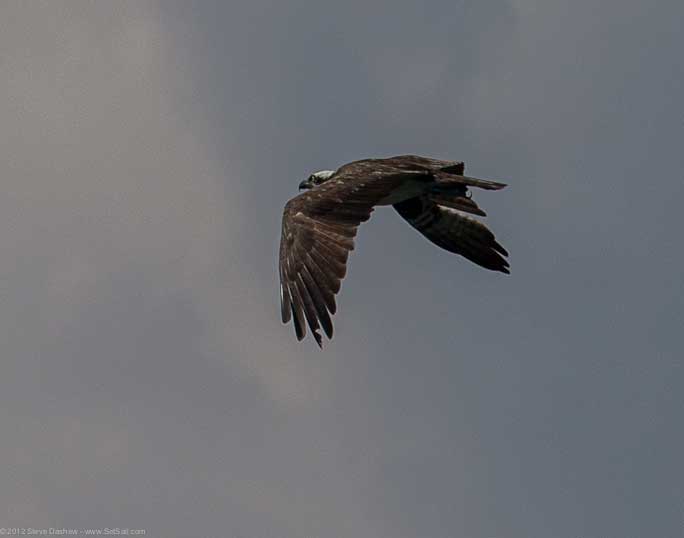 Anyone who has soloed in a private plane, or taken his/her new yacht out for the very first time, will relate. Do osprey chicks have a dry mouth, tight stomach, maybe even trembling talons as they are first hoisted into the air by their own efforts? 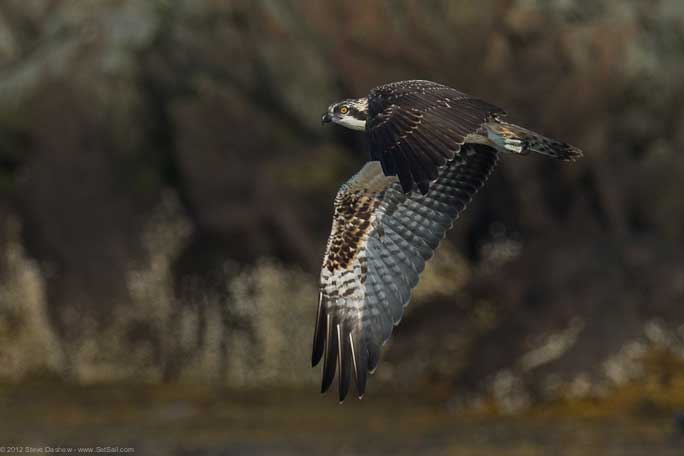 The exuberant play of that first flight is amazing to behold. Like a puppy cavorting around a wide open park, or young children let out of the car to run around after a long ride, the osprey chick goes around and around, accelerating into vertical climbs high then diving low. 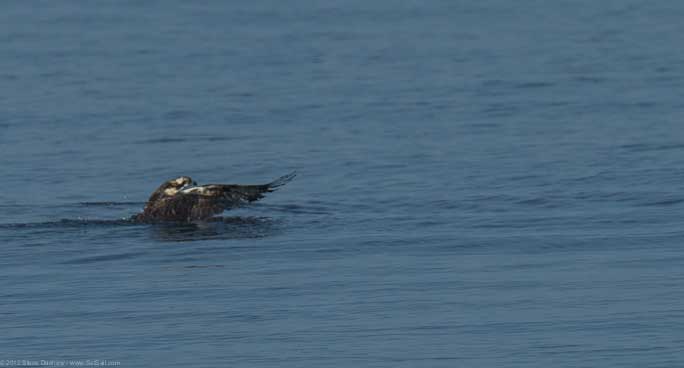 It splashes repeatedly into the ocean with uncoordinated landings.

Then makes long takeoff runs before clearing the ocean surface. 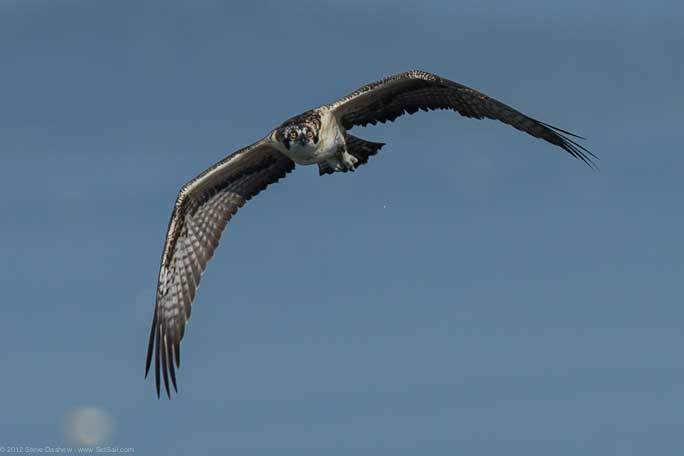 On its first foray it does a fly-by of Wind Horse. 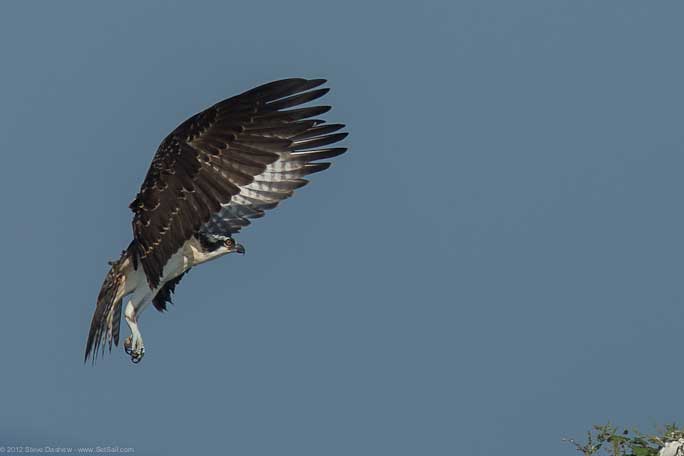 And then it is time for that first landing. We can well remember ours, and the nervousness it engendered. 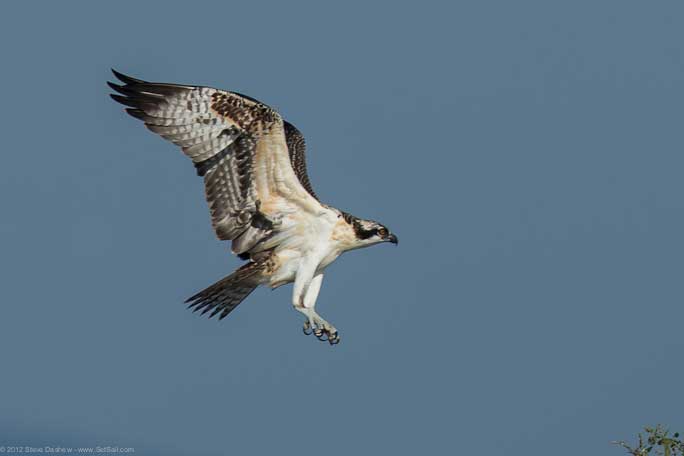 A little high on the glide slope, our new aviator pilot pulls the wings back to shorten the approach. 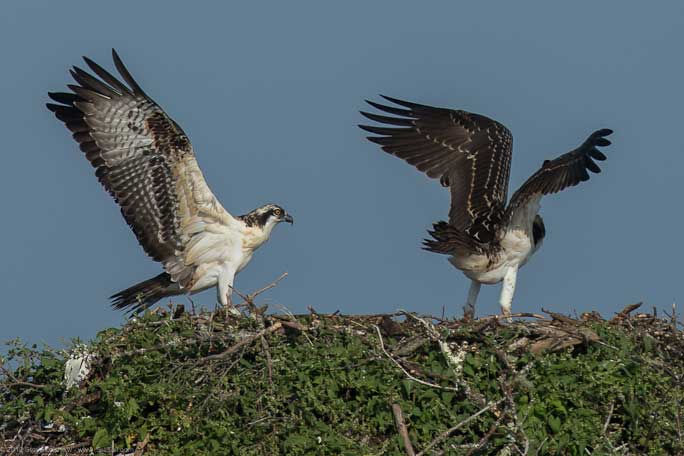 And then greases the landing. 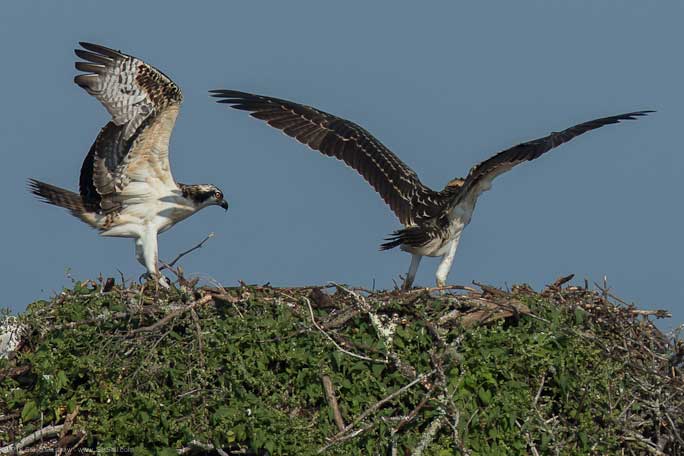 Next on the list is getting the sibling to fly. The newly minted solo pilot flaps his wings, saying “come on, it’s a blast, it’s easy, go for it.” 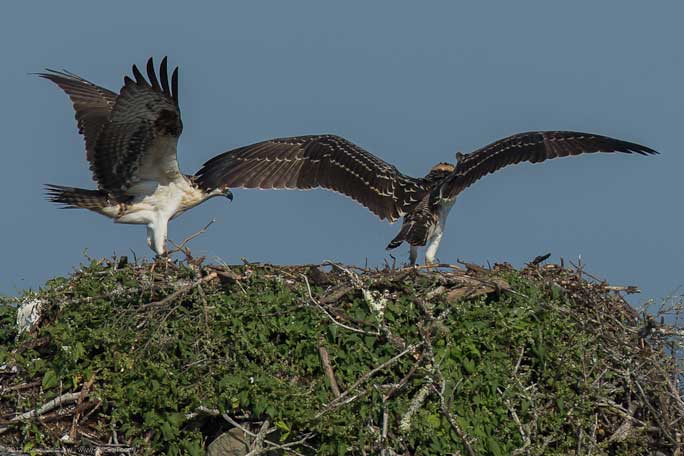 And then watches as his former nest mate takes off to circle the rock and us, showing off his new-found freedom.

Photographic notes: critical observers will notice these images are not as sharp (well defined) as previous of these raptors even though this is obviously good light. We have been using a third generation Canon 1.4 extender on the 400mm F2.8 prime lens on this shoot. In theory it is supposed to do its job without noticeable degradation. Reality is shown here, not up to the new standard, but OK if there is no choice.

This entry was posted on Thursday, August 23rd, 2012 at 1:12 am and is filed under Dashew Logs. Both comments and pings are currently closed.