Lightning Strikes And How To Prepare 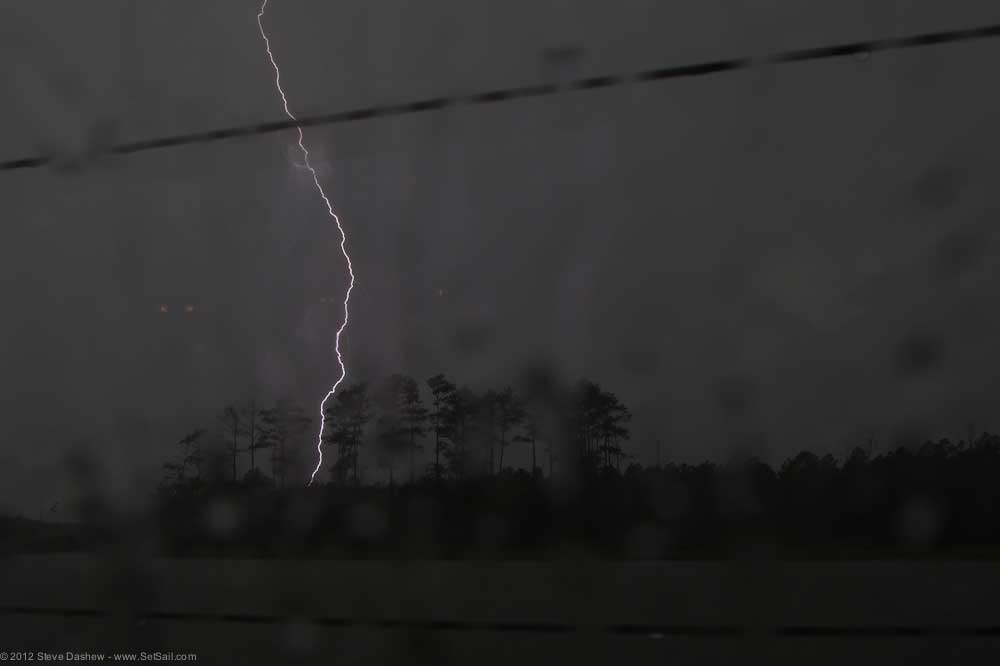 We’ve been fascinated by–and worried about–lightning strikes onboard since we saw the aftermath of a strike on an almost-new yacht in New Guinea. It  had a piece of hull blown out below the waterline and lost most of its electronics/electrical gear.

This is not an easy subject to discuss, and there are many different opinions on preparedness. What follows are our thoughts after more than a few years of inquiry and observation. It is certainly not expert advice! We suspect that amongst our SetSail family there exists more specialized know-how, and we invite comments to educate us all on this subject.

Here is what we think we know:

What we do these days: 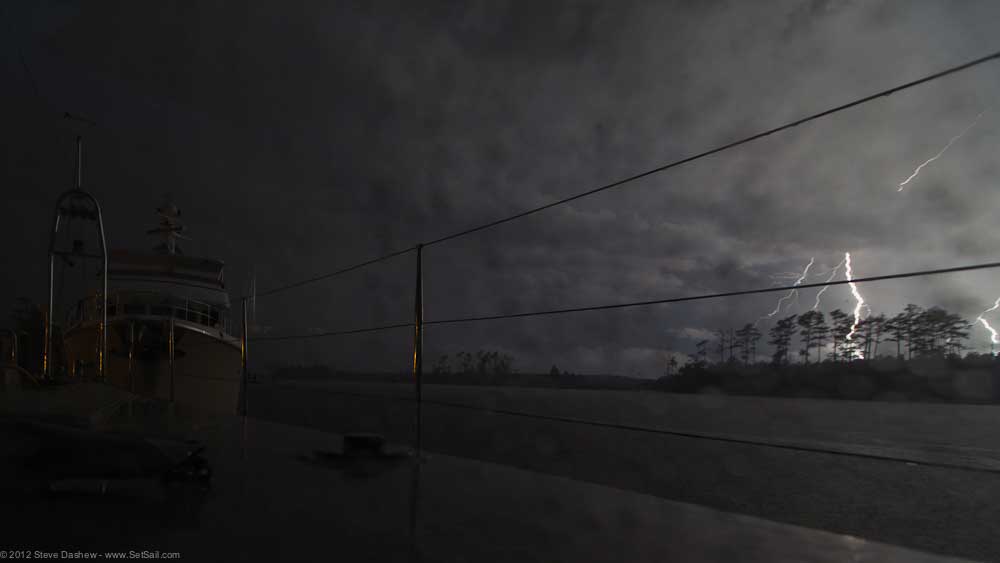 And now a reference which you may or may not want to read. The vessel just off our bow in the photo above, Sheer Madness, took a major hit a year ago. They went through a long and arduous task recovering therefrom, and have written a very detailed account which you can read here.

Meanwhile, we have a lightning trigger for the camera and are looking forward to some new photos of this fascinating, if scary, phenomenon.

Okay SetSailors, the ball is in your court. Suggestions for reducing or avoiding damage, and firsthand accounts, would be much appreciated by all.

This entry was posted on Monday, August 20th, 2012 at 2:19 am and is filed under Dashew Logs. Both comments and pings are currently closed.


19 Responses to “Lightning Strikes And How To Prepare”