Riding Sails – The Answer To A Variety Of Issues 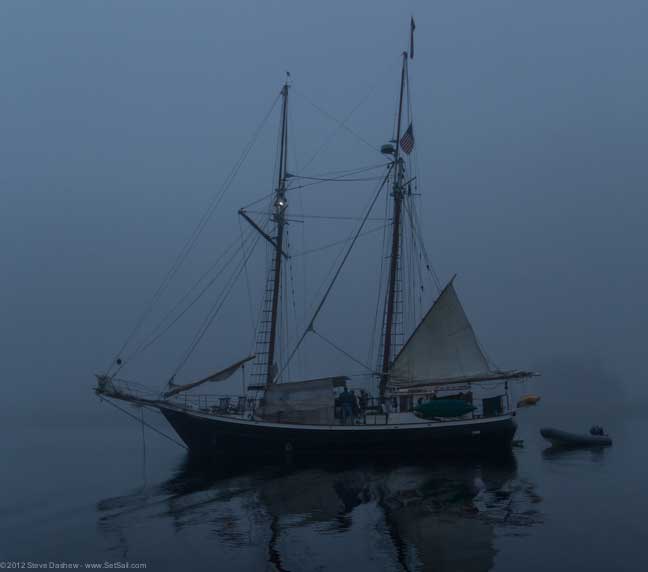 This evening we have three yachts anchored with riding sails set. Riding sails being an important part of any cruising yacht’s equipment, and it being dark, we thought we’d combine a photographic test with some comments.

All of our sailing yachts have been equipped with some form of riding sail, either mizzen, or “backstaysail” (a sail attached to the backstay on a single-sticker). These perform several important functions. First, they hold the boat head to wind. This improves ventilation, particularly in light airs. It also reduces anchor load by minimizing shearing at anchor. And they look cool. 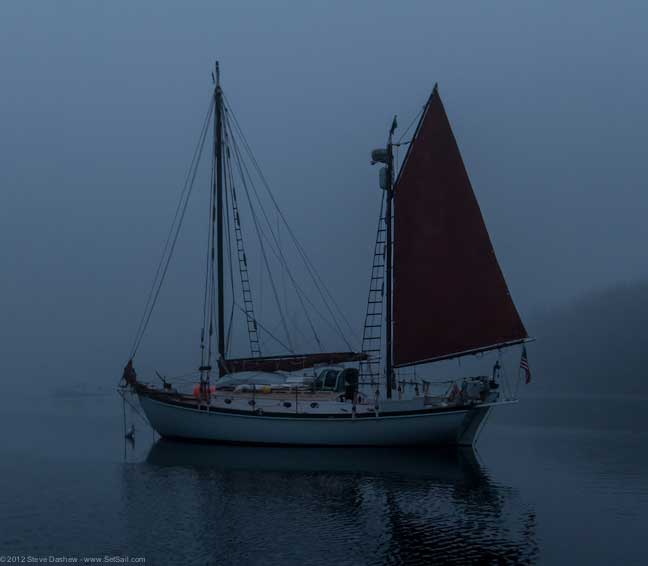 A riding sail can also act as a flopper stopper in bouncy anchorages, provided it can be sheeted home hard. The 78-foot ketch Beowulf had no spinnaker poles (she did not need them downwind) and so the only flopper stopper we had was her 850 square foot mizzen, which was very effective. We would crank down the sheet really hard to bend the mast, which in turn flattened the sail, together with maximum outhaul. 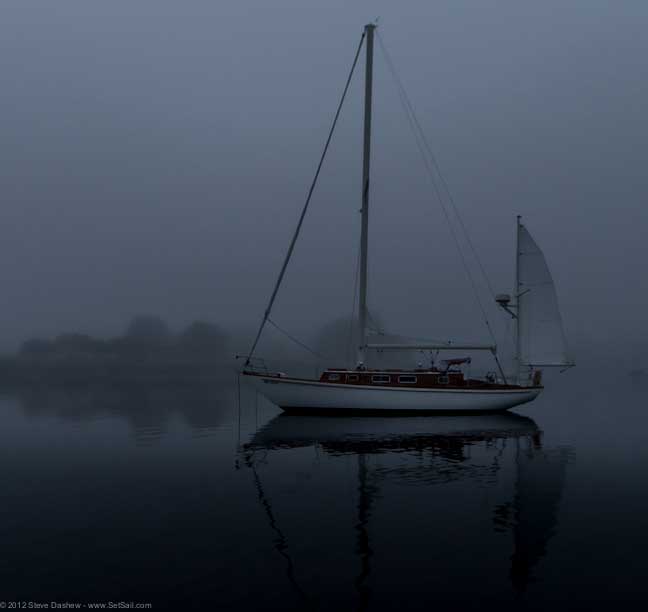 If you have a Bermudan (Marconi) rigged ketch or yawl, full battens will be of great assistance in keeping the mizzen from chattering when the breeze gets up. If the waves are at an angle to the wind and hull, making life uncomfortable, try sheeting the mizzen to the side, pushing the boat around to a more comfortable alignment with the waves.

This entry was posted on Saturday, August 18th, 2012 at 1:29 am and is filed under Dashew Logs. Both comments and pings are currently closed.