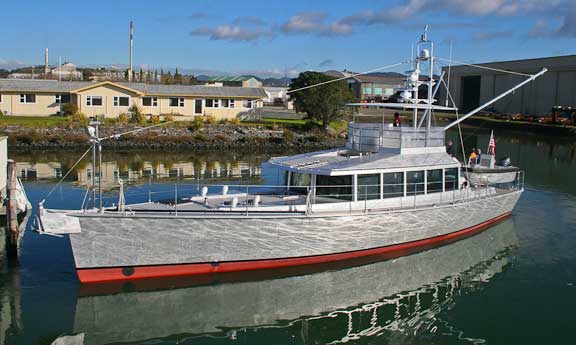 Sea trials for the second FPB 64, Sarah-Sarah, are coming along. She now has 25 hours on her engine and she will shortly be ready to turn over to her new owners. So far the punch list is short. We thought a few photos might be of interest. 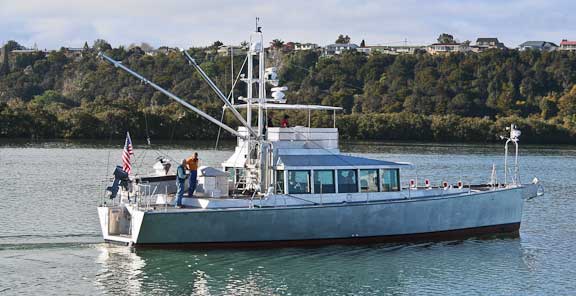 This is the first FPB 64 to carry the Circa aluminum tender. 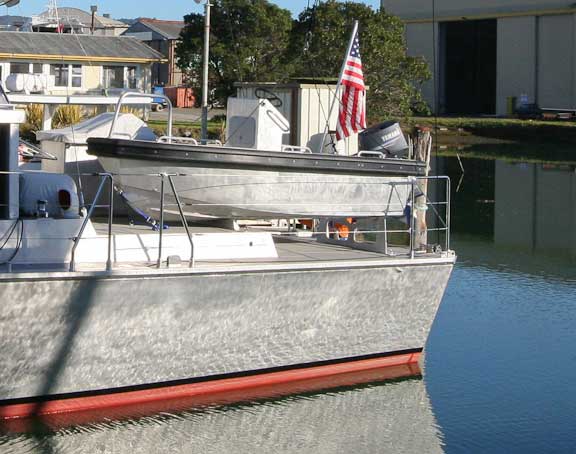 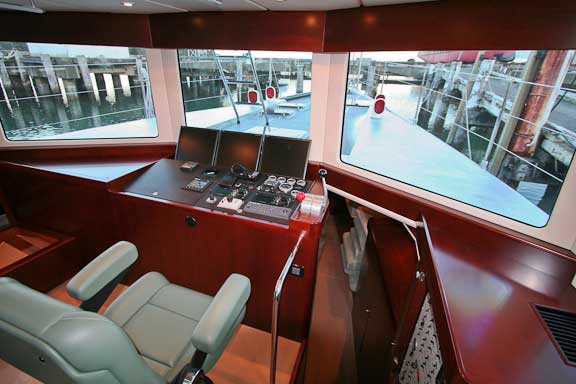 The basic layout is similar to the first FPB 64, with a few mods on the electronics end to suit the owner’s requirements. 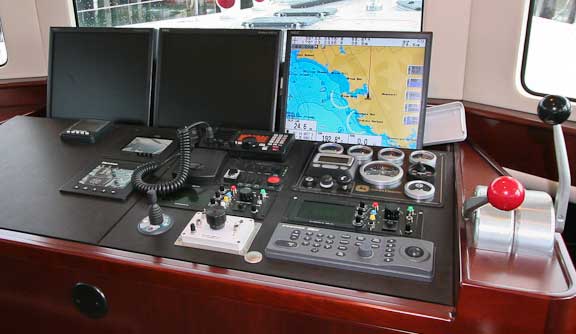 The helm design on Avatar has worked quite well and been retained with Sarah-Sarah. 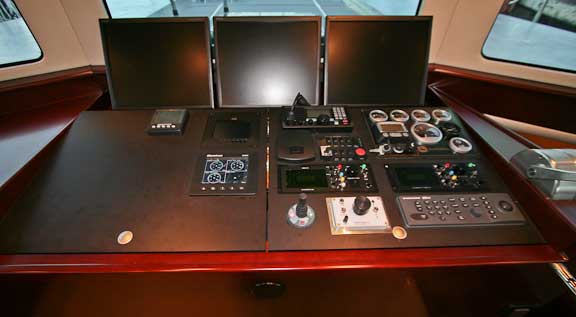 There is plenty of space for the logbook and reading material on the desk surface, and adjacent to port. 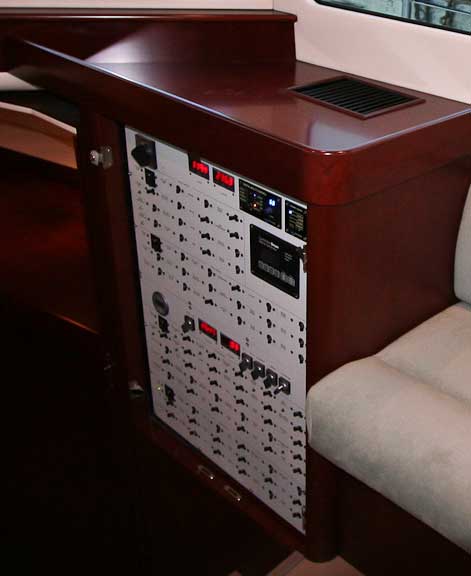 The AC breakers, genset and inverter controls, and DC breakers which might require operation from the helm are close by. 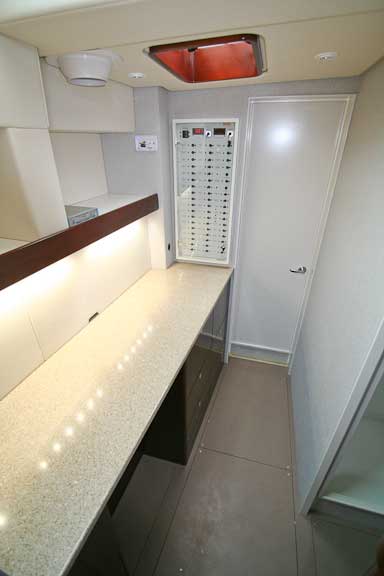 You have seen the office already with the first FPB 64, so we will keep this brief. 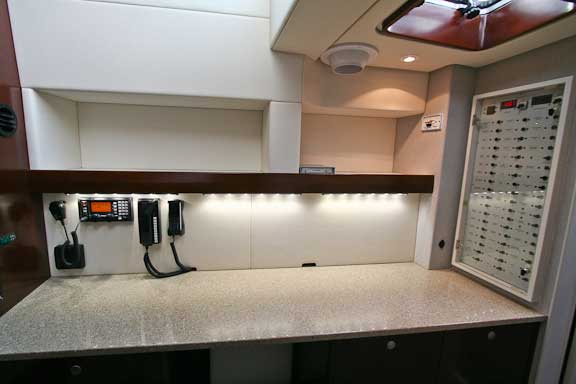 The long range radio and satcom terminal communications gear is based at the forward end. There is a case to be made for it here, and another to keep it at the helm. 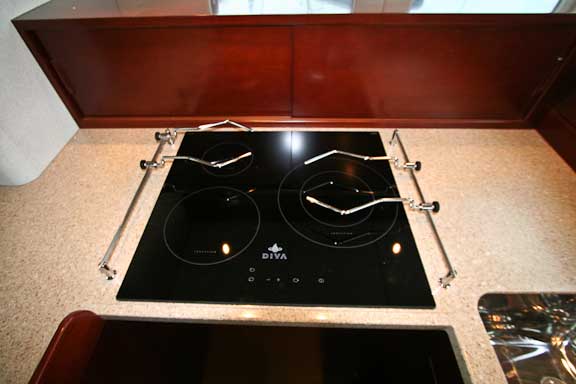 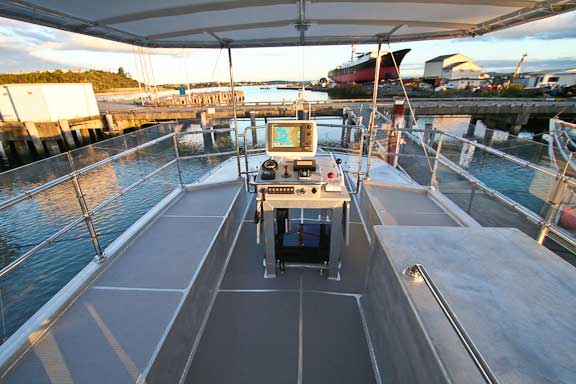 A couple of photos now of the flying bridge. 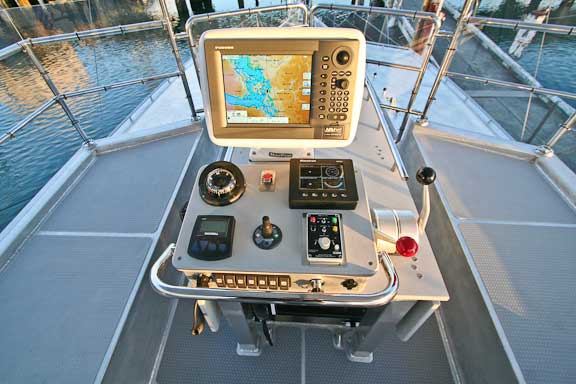 The one change here from the first FPB 64 is to move the autopilot steering control closer to the shift/throttle. 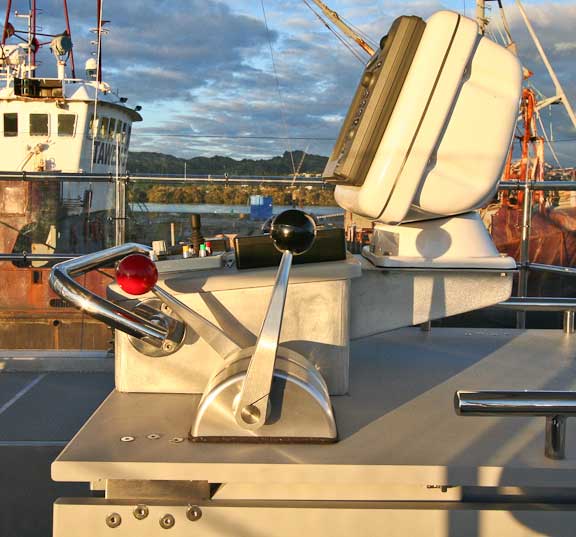 Circa did a nice job with the Nav Net monitor support bracket. 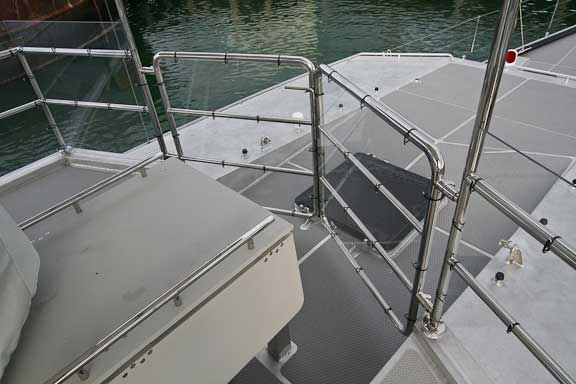 The forward opening “gates” are now angled in line with the windscreens, creating a touch more space. 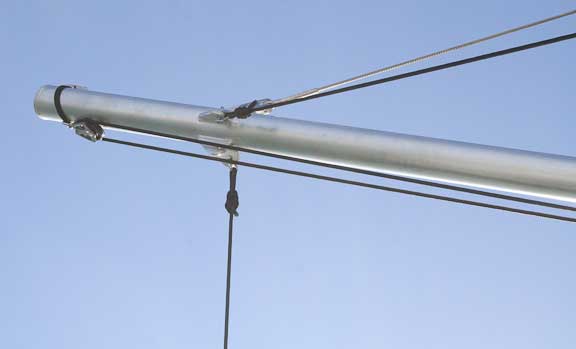 Rigging details on one of the two booms. 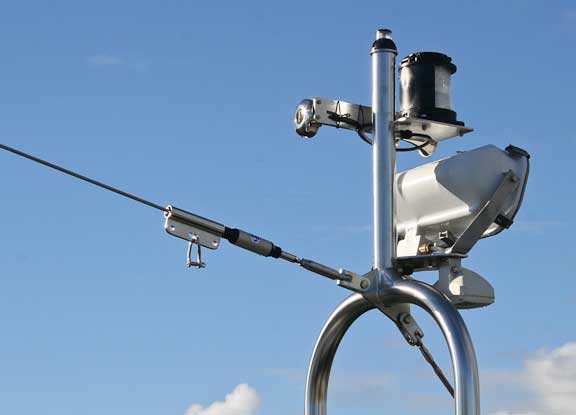 And finally, the working level of the forward mast. The slider on the “headstay” is for use with the get home sail. 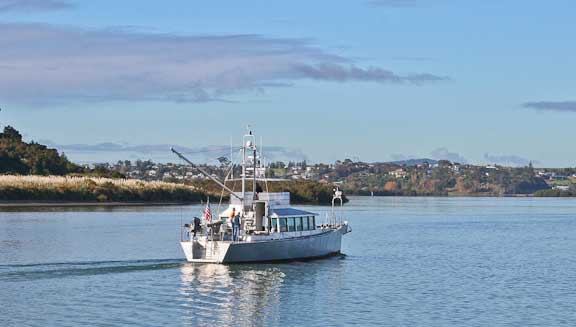 This entry was posted on Wednesday, July 28th, 2010 at 12:00 am and is filed under FPB 64 Sea Trials. Both comments and pings are currently closed.