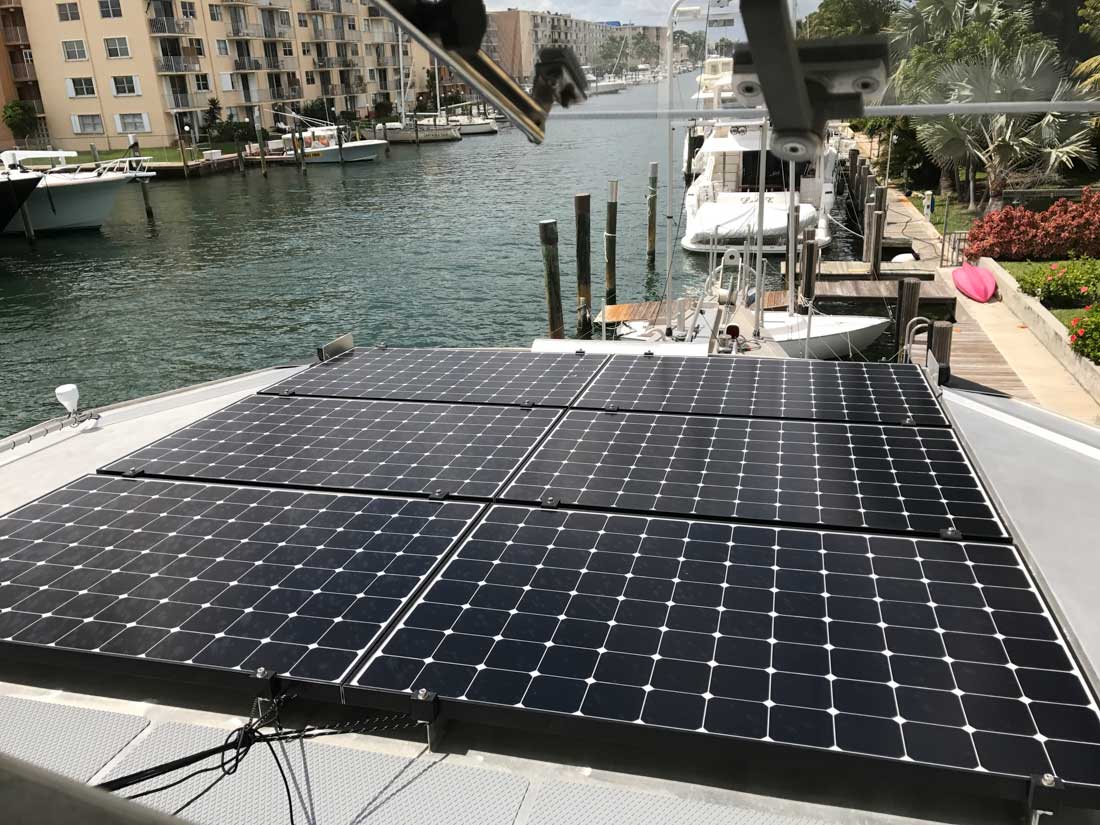 FPB 78-1 Cochise has been anchored to the dock in Fort Lauderdale the past five days; we have yet to connect the shore power cord, the genset has not been used, and the batteries remain full. 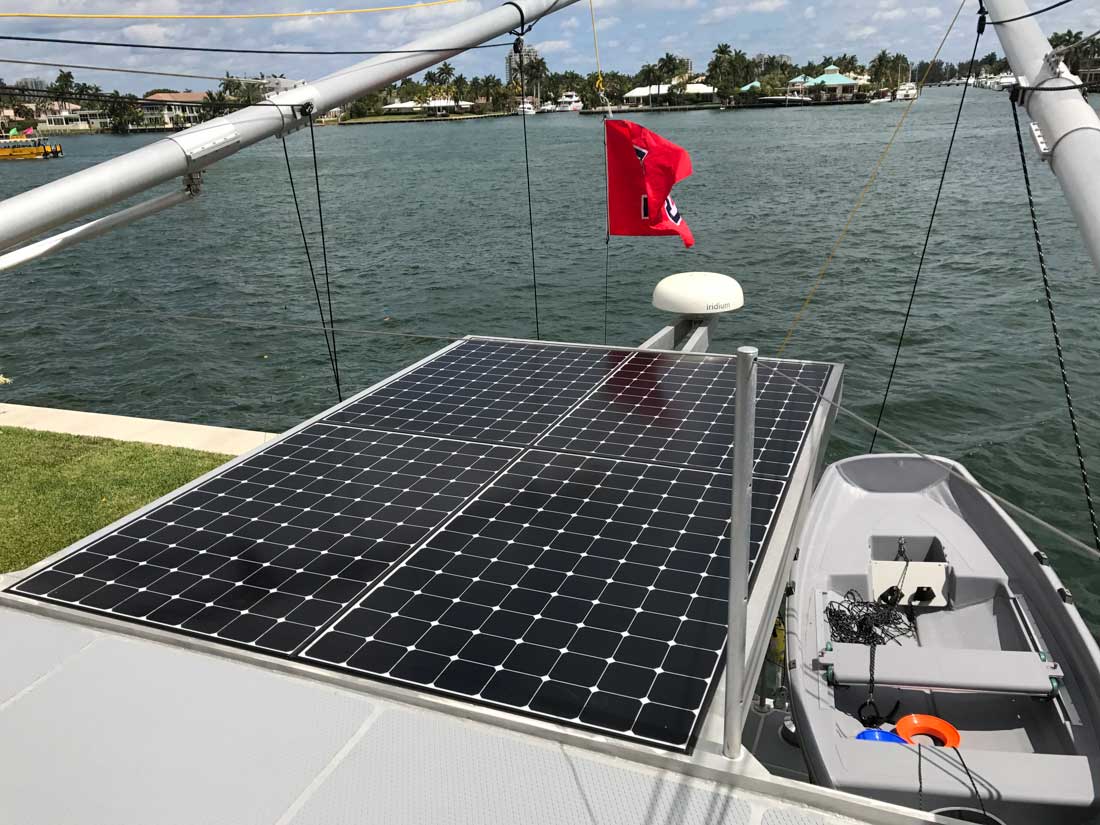 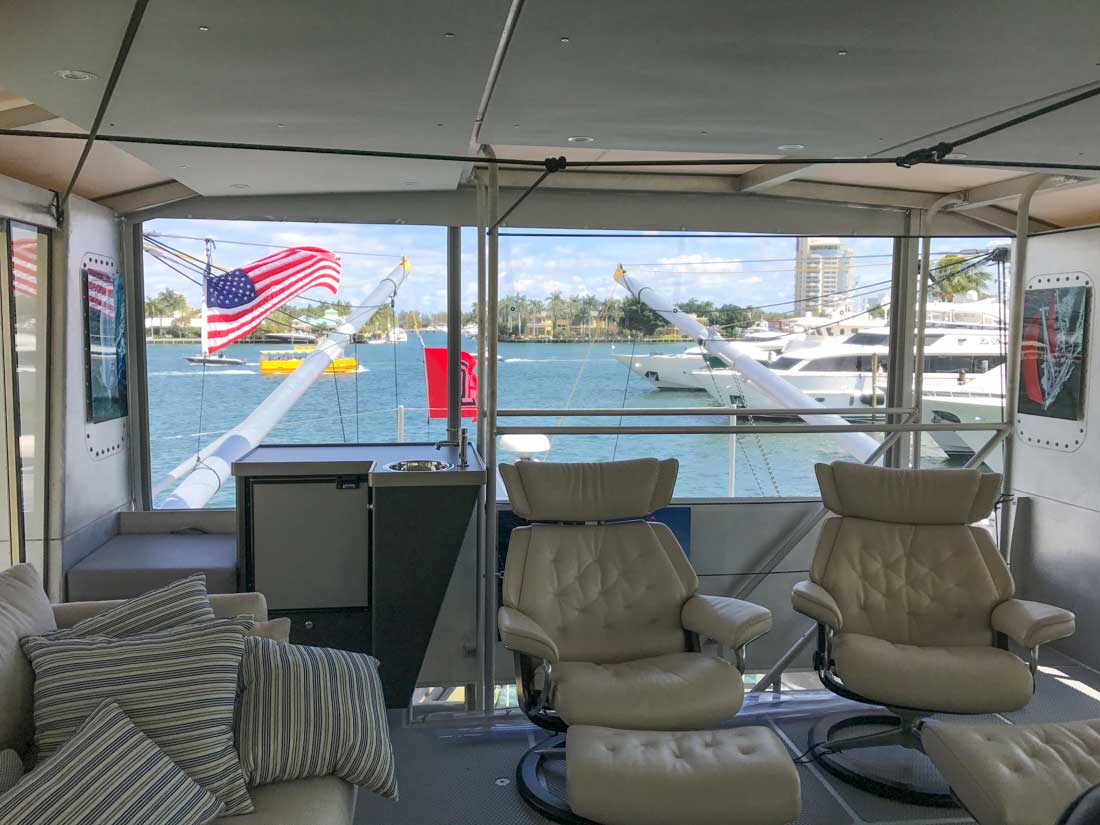 Conditions are far from ideal for solar generation. We are aligned with the path of the sun, the least efficient angle to reduce structure shading of the panels, it is mid-March so the days are only halfway to their longest, and the days have been partially sunny with moderate cloudiness. 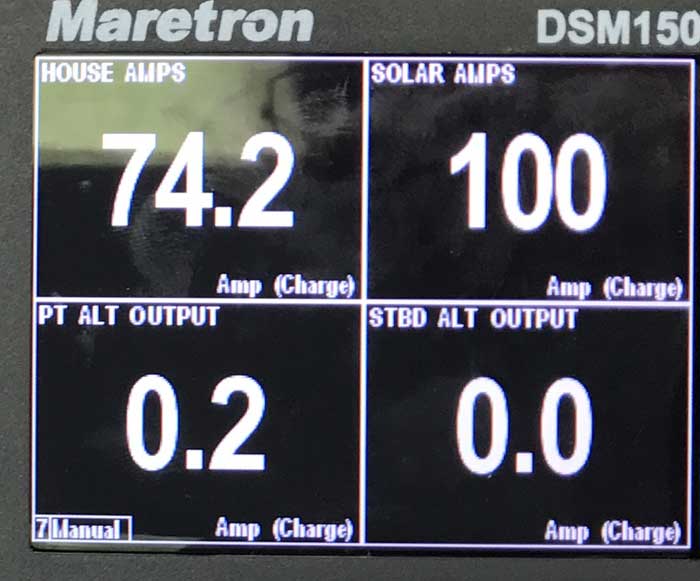 We have been doing nothing extraordinary to reduce our power consumption. On the contrary, we have been a touch sloppy on turning electrical items off when they are not in use. In fact, Linda is using the washer and dryer as per normal. Weather has been temperate, and we have not needed to run the air conditioning.

An important part of this equation is the window film recently applied to Cochise’s windows (about which we will have a post in the near future).

This bodes well for the summer spent further north.

This entry was posted on Monday, March 20th, 2017 at 6:28 am and is filed under Dashew Logs, FPB 78, The Logs. Both comments and pings are currently closed.