Our number one priority with this new FPB 78 is still a mix of capabilities that allows us to make long passages safely while keeping us physically and mentally comfortable. This means high average speeds, structure that allows for impact, and the ability to endure extreme weather and sea states, including capsize recovery. Shallow draft, and the ability to “dry out” on a tidal grid or sand bar further enhance our psyches.

The FPB 78 is very much an evolutionary design.

It melds the soft uphill motion of the FPB 64 with the efficient higher speed length ratios of the FPB 83 and 97. 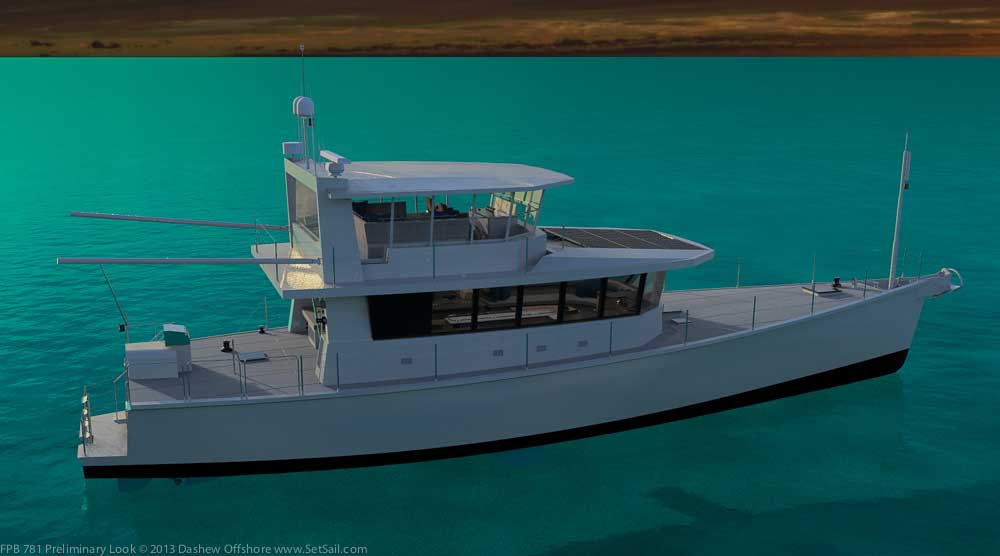 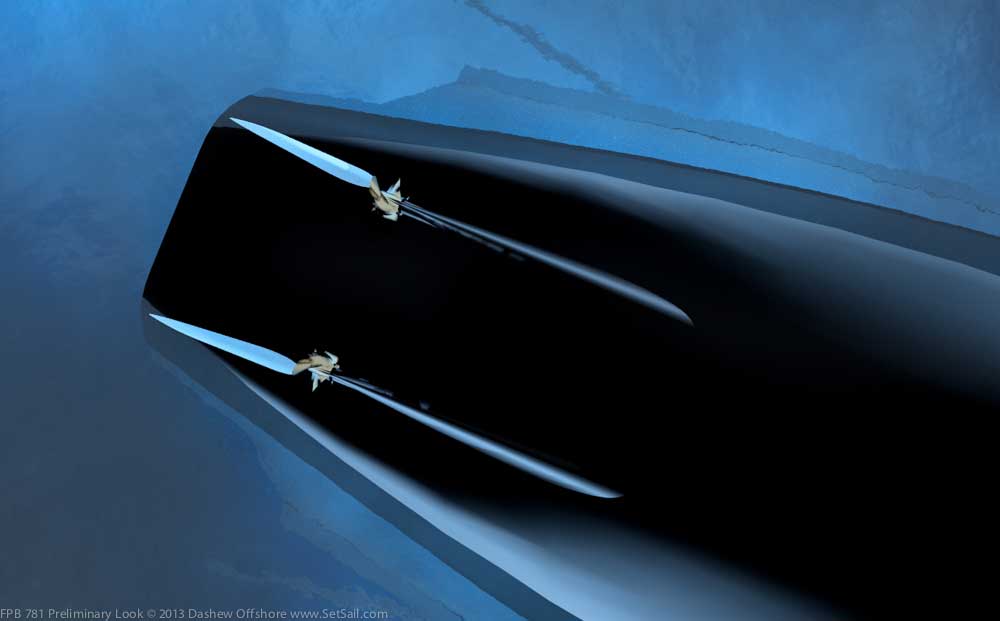 With a nominal cruising speed of 10.75 knots, and ocean crossing capability at 11.25 knots, she will make short work of even the longest passages in a quiet and comfortable fashion.

Sleeping cabins, great room, and Matrix deck are all further aft relative to the pitch center than preceding designs, which means less uphill motion for ourselves and guests.