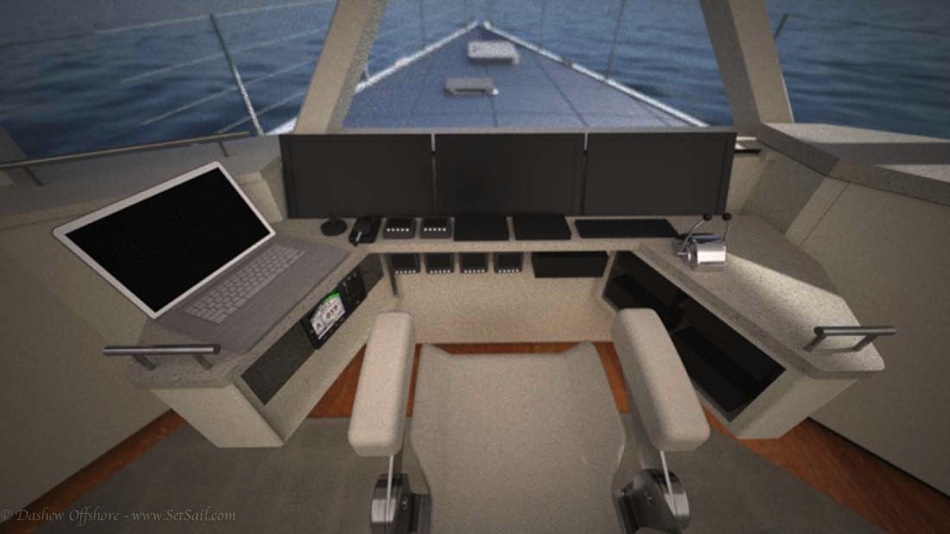 Continuing on with our update, let’s look at the great room con, the logic for which has changed completely. 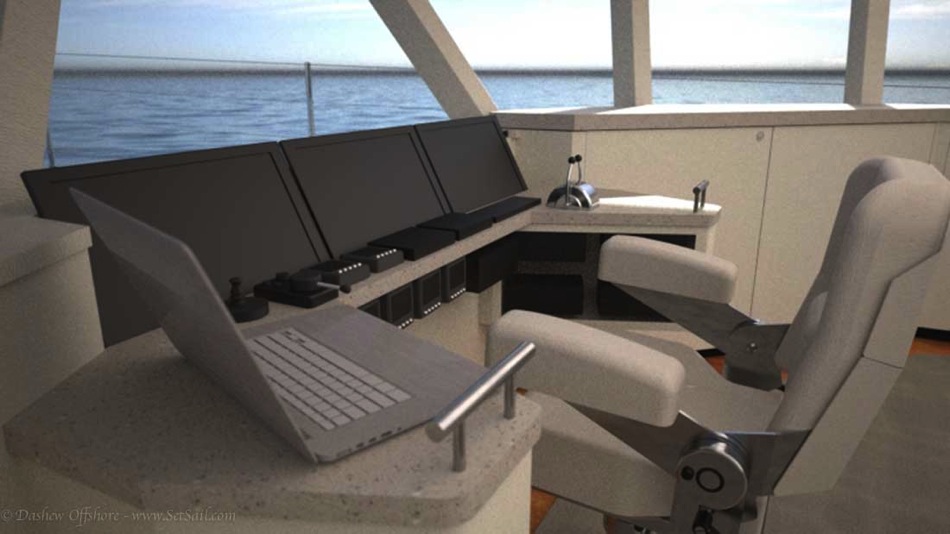 Originally, we thought of the Matrix deck as the primary helm and the great room as a secondary location, mainly to be used for offshore and off soundings watch keeping. As such, it had a minimum of electronics and controls. This area has evolved into a full helm station, with the real estate to have the same electronics as above if desired. We are still thinking on this for FPB 78-1. 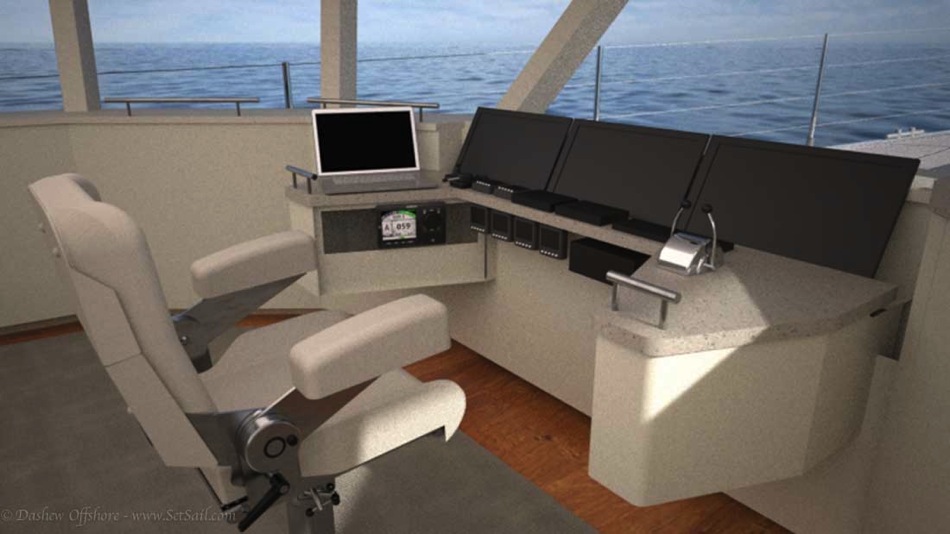 There is space for three wide screen 19” monitors, a laptop, and variety of other controls. The wrap around design gives us a bonus in vertical surfaces for electronics, with space left over for miscellaneous nav item storage (binoculars, logbooks, etc). 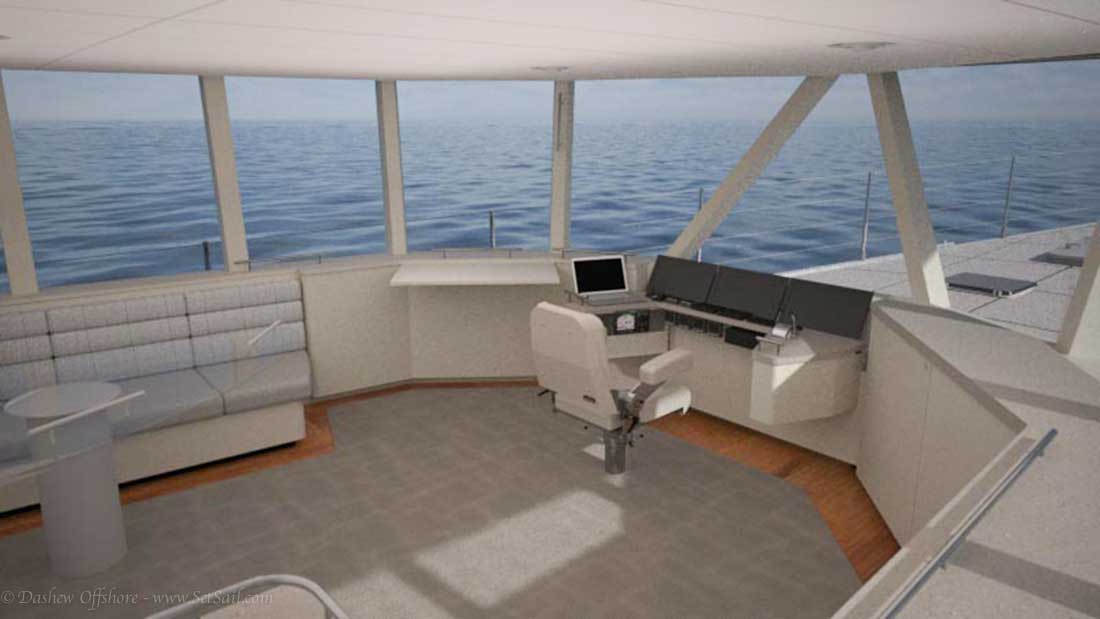 Placing the con area in the center of the great room area offers a number of advantages. These include: 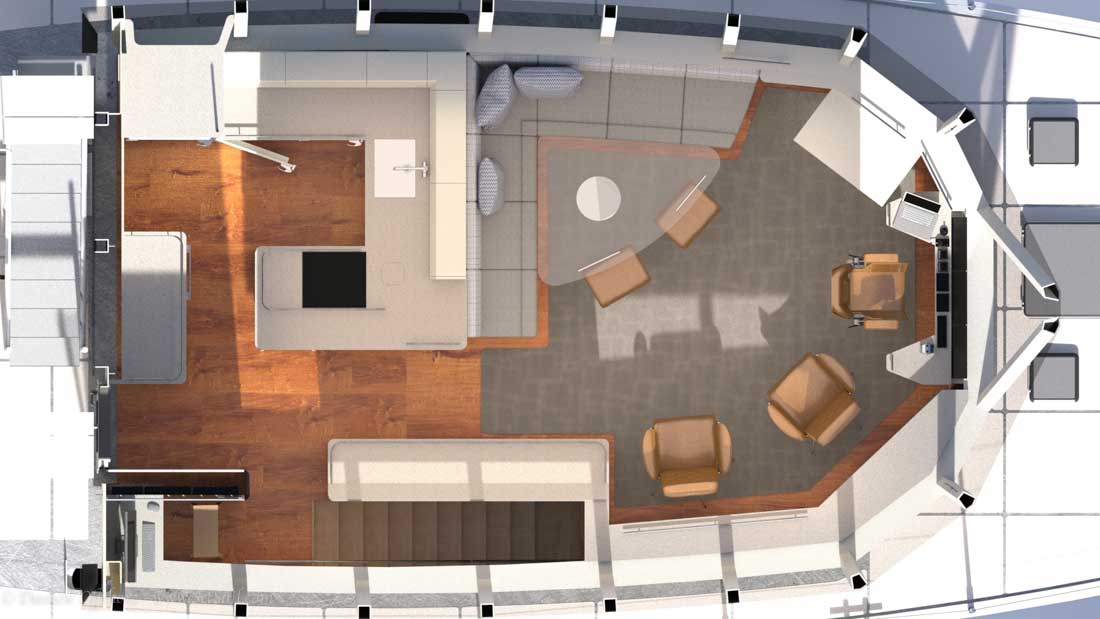 The port forward corner lends itself to a variety of uses. For FPB 78-1 this will be left open, with a foldup chart table. Charts will be stored folded in half, in a large drawer under the end of the port settee. 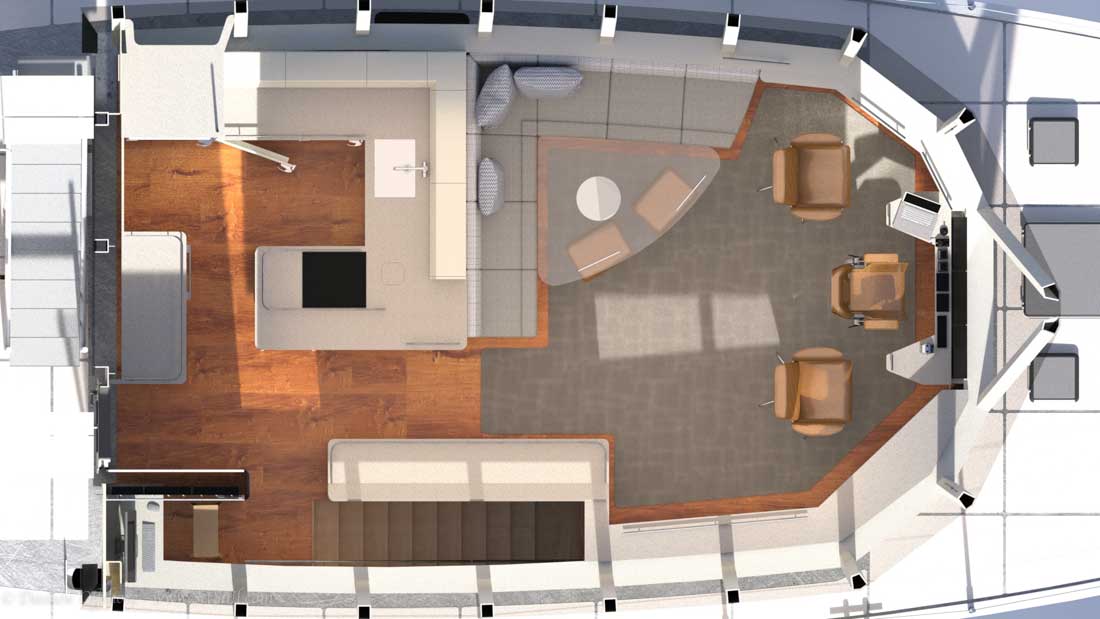 With the chart table put away there are many possible seating arrangements. 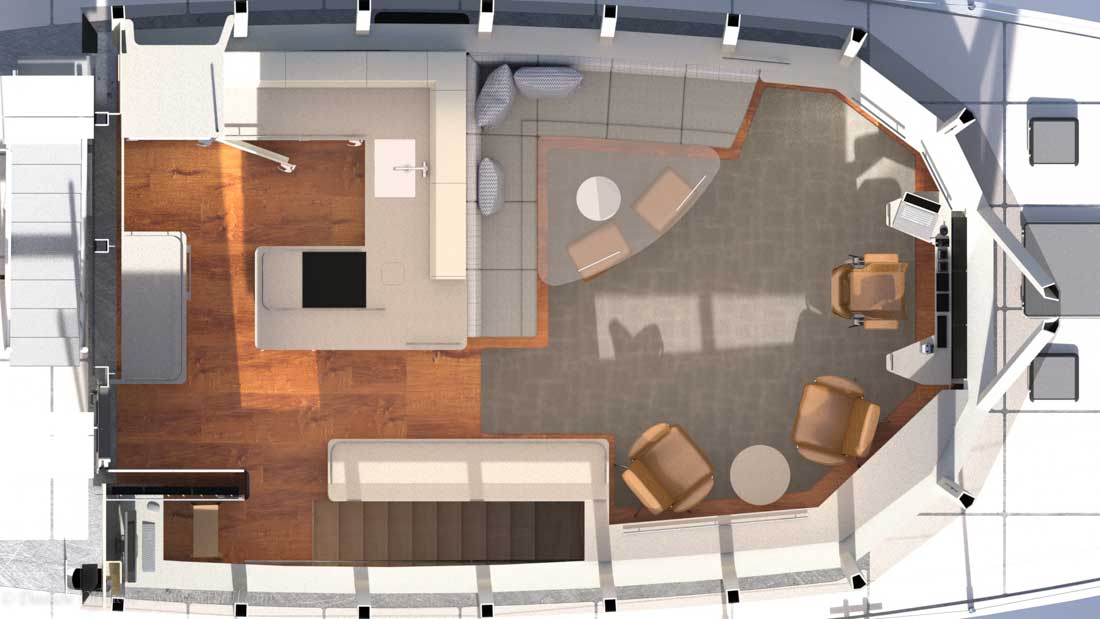 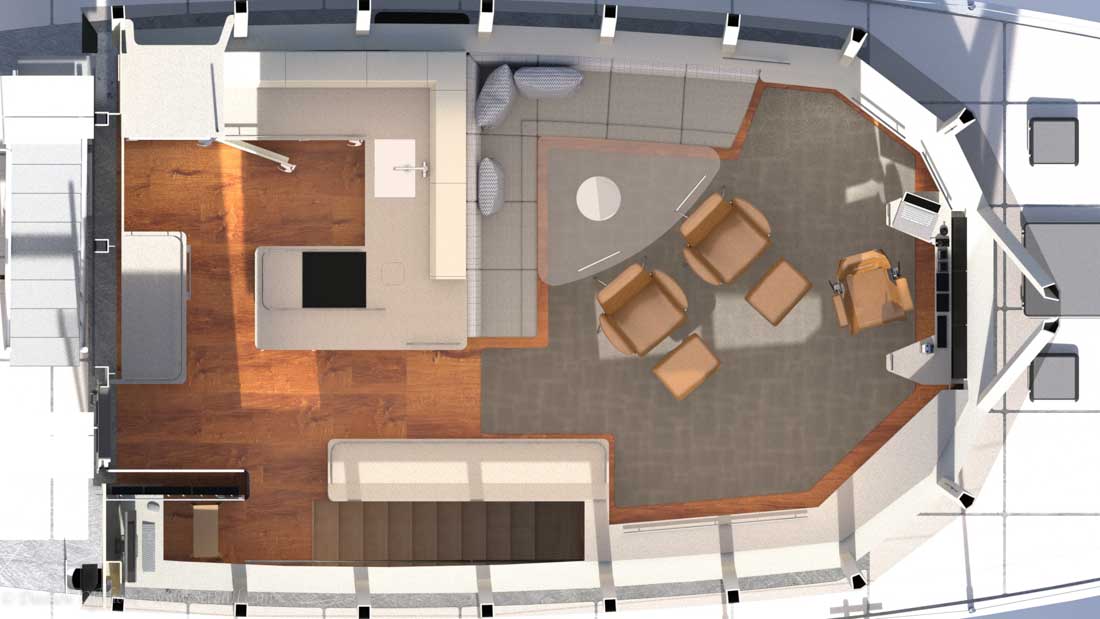 And the helm chair now becomes useful in other groupings. 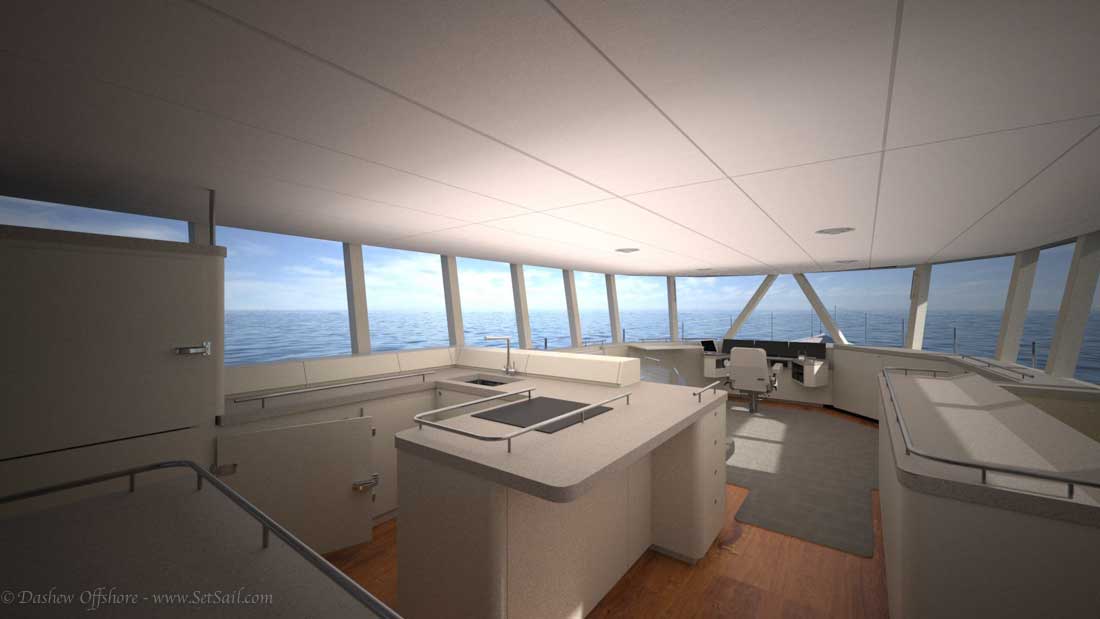 The floating shape of the revised helm station does not visually dominate the great room, which we consider a bonus. 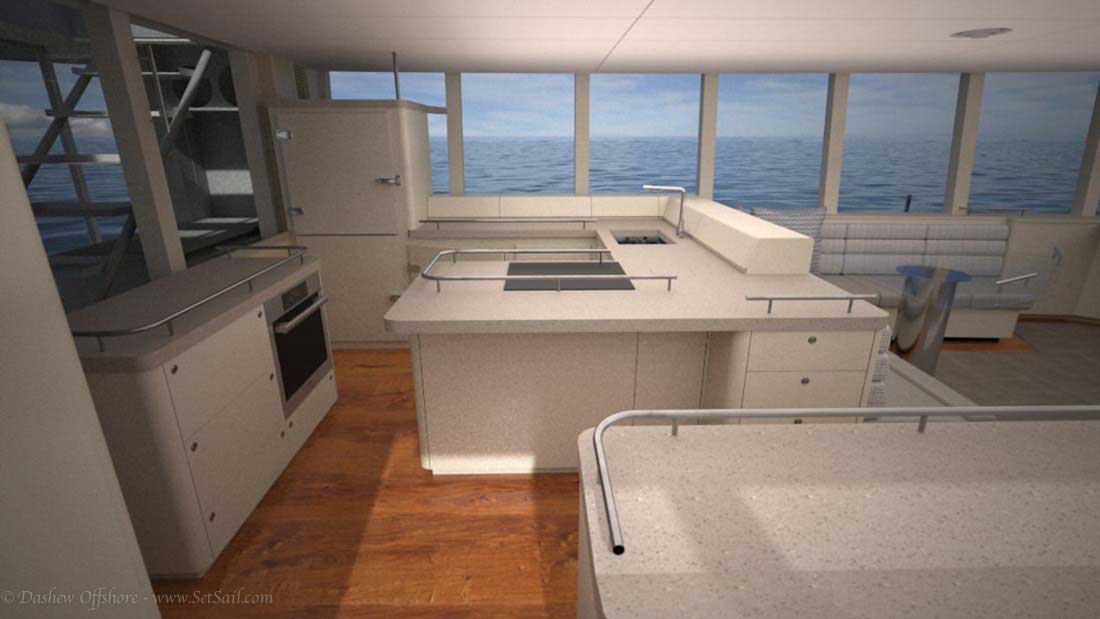 The galley layout has evolved as well. The fridge and freezer are larger. There is now 20 cubic feet/580 liters of refrigerator and 16 cubic feet/460 liters of freezer. Between drawers and countertop lockers there is a huge amount of easily reached storage. 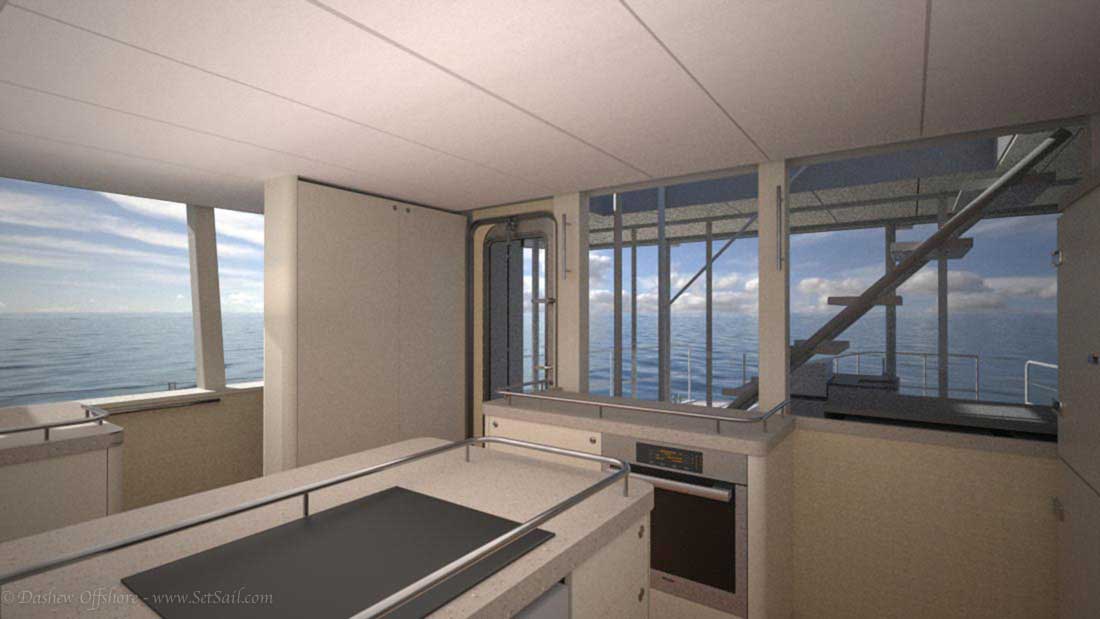 The oven has moved into the aft counter. 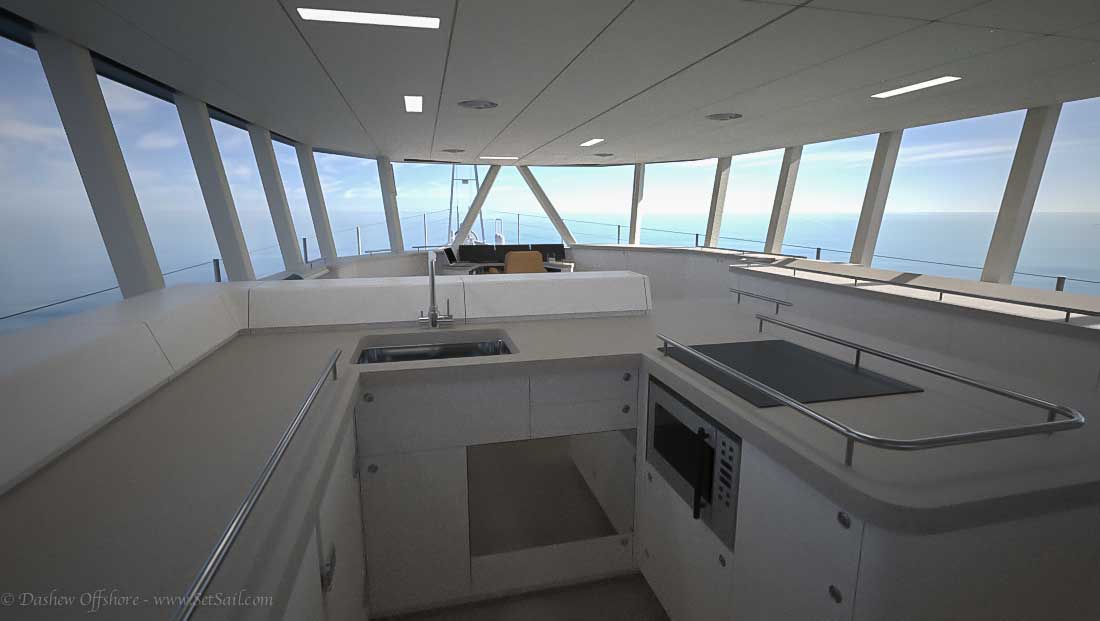 A full sized sink, dishwasher drawer, and the microwave under the induction cooktop make for a galley which is efficient at anchor and underway. 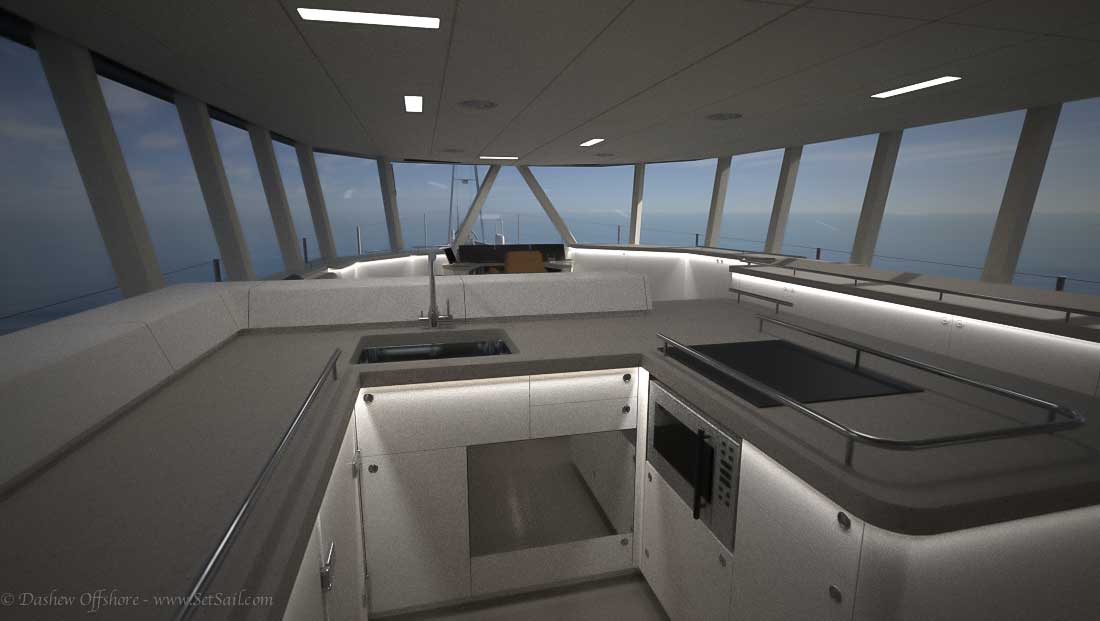 Details are still being worked out on the lighting systems. This is a hint of what is coming… 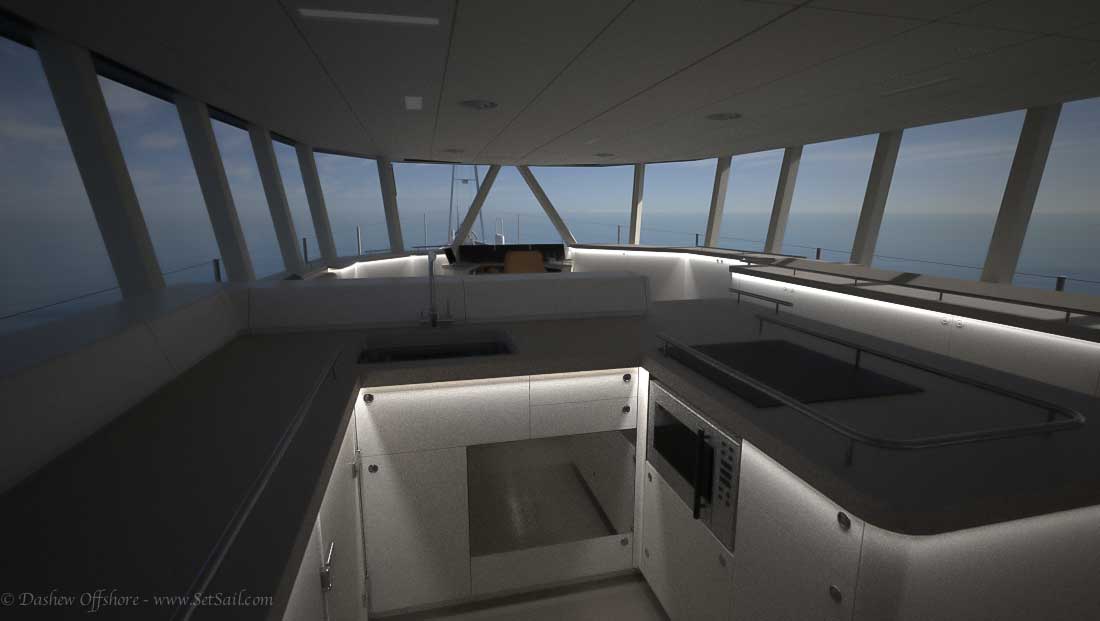 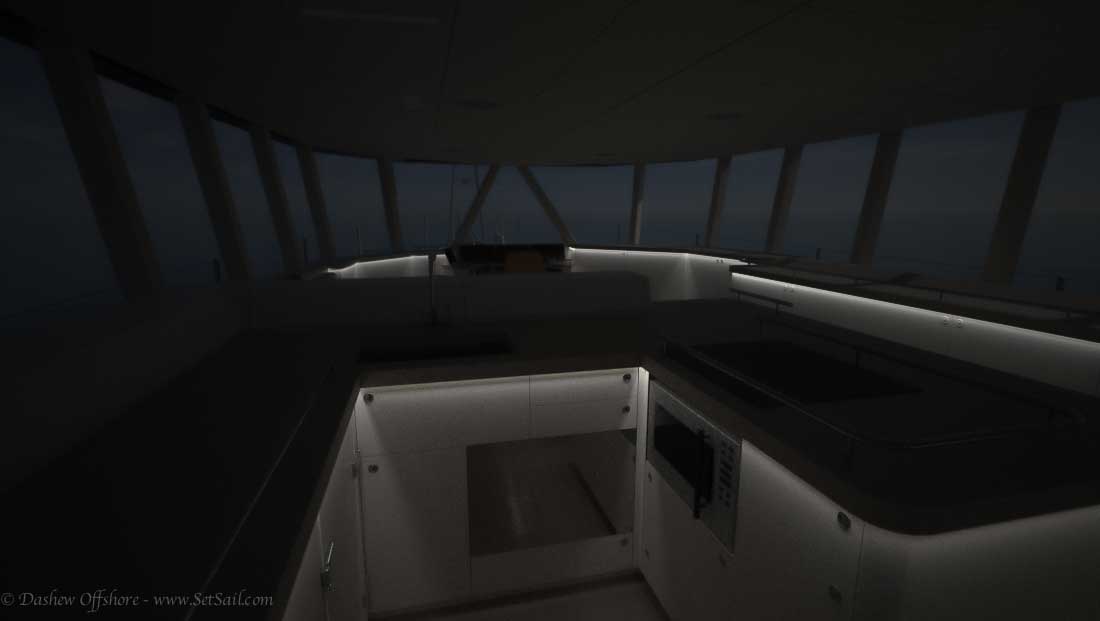 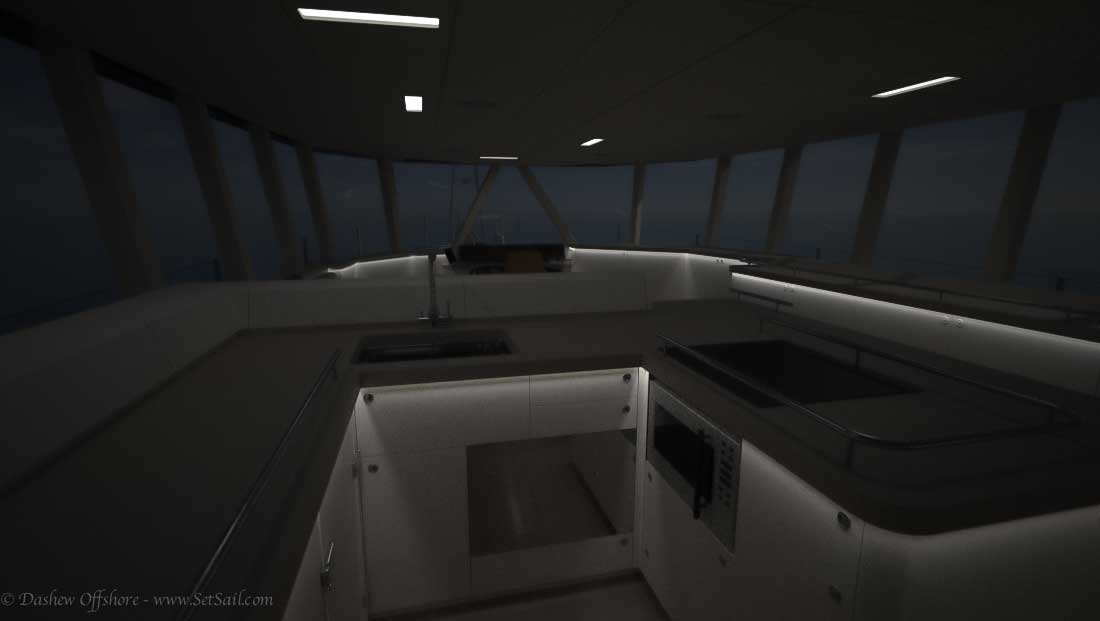 There are numerous refinements and details yet to share, so check back frequently over the next few weeks.

This entry was posted on Friday, July 4th, 2014 at 3:02 am and is filed under FPB 78. Both comments and pings are currently closed.